by Sasha Stone
in BAFTA, News
9

The BAFTA has announced its jury for the Breakthrough Initiatives. Additionally, the EE British Academy Film Awards will continue the practice put in place last year to manage their Diversity, Equity and Inclusion efforts, The member chapters (directing and acting) will select the “long list” and from there, a “nominating committee” will be brought in – they may or may not be BAFTA members, who will then select from those long lists the nominees. The Directing branch will also divide its nominees among male and female:

At this point, they really should just have separate categories for male and females – this seems a little silly to me, especially considering that this is how they choose actors:

If they separate actors, why not separate directors?  At least then, they’d actually be competing.

BAFTA Breakthrough, launched globally in May 2020, is BAFTA’s flagship new talent initiative that identifies and supports the next generation of creative talent in film, games and television. As the main supporting partner for the third year on BAFTA Breakthrough, Netflix continues to provide integral support in the global expansion.

BAFTA and Netflix share a joint vision to celebrate and provide opportunities for emerging talent across the world, bringing together international communities across global networks, in order to develop and support stories and voices from different cultures. The initiative will continue to use digital communications in the coming months to enhance cross-cultural networking across the globe.

BAFTA works closely alongside local cultural bodies in each region to ensure they advise and deliver the necessary support. The successful Breakthrough applicants will receive one-to-one mentoring and career guidance, full membership, access to BAFTA events and screenings for 12 months, as well as networking events, both in the US and internationally.

Maria Ishak, Jury Co-Chair of BAFTA Breakthrough said: “It has been a pleasure serving another year as co-chair for BAFTA Breakthrough’s US Jury with such a diverse group of industry leaders who continue to grow in their respective fields. We loved exploring the work of the shortlist and were impressed by the standard of applications. BAFTA Breakthrough provides essential support to emerging talent and I can’t wait to see what this year’s selected participants will accomplish.”

Matthew Wiseman, CEO of BAFTA Los Angeles added: “I am proud of the impact BAFTA Breakthrough USA has had so far, and we are excited to continue nurturing creative talents for this second year. The support of Netflix has been essential to creating a global programme and we are thrilled to continue working with them to champion new talent. Now, more than ever, it is crucial to support emerging artists by providing valuable resources, and opportunities to network and collaborate.”

Colin Trevorrow continues the sentiment saying: “Initiatives such as BAFTA Breakthrough are very important for up-and-coming talent in an industry that can seem impossible to break into. Giving creatives the resources to learn and flourish is invaluable to building careers that last.”

The initiative, previously known as Breakthrough Brits, has been running in the UK since 2013 and in the US and India since the global expansion last year. Since its launch in 2013, BAFTA Breakthrough has championed over 160 talented newcomers, including performers Bukky Bakray, Paapa Essiedu, Letitia Wright, Florence Pugh, Josh O’Connor, Abubakar Salim andLauren Ridloff, games creatives Chella Ramanan, Segun Akinola, Gemma Langford, and directors Nicole Newnham, Jim LeBrecht, Rose Glass, Stella Corradi andDestiny Ekaragha, amongst many others. Previous Breakthrough alumni have gone on to flourish within their respective disciplines, many becoming BAFTA winners and nominees.

This year’s global participants from both the US and UK will be announced on Wednesday, December 8, with the 2021 and 2022 cohort ofparticipants being celebrated and showcased together in 2022. BAFTA Breakthrough India reopened for applications earlier this month. 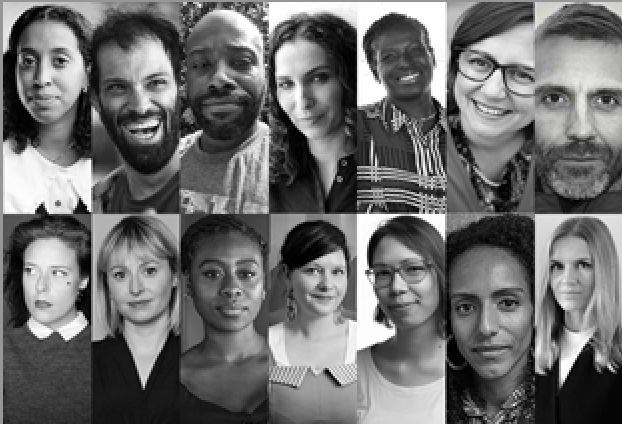