Well, technically, it’s not truly the Oscar Squad’s first stab at 2022 Oscar rankings. That happened a few weeks after the 2021 Oscar season ended. However, let’s just all put that one behind us. After all, that first stab? We didn’t even have Kenneth Branagh’s Belfast listed. And some five months later, it’s our unanimous number one pick across the board.

In the Best Picture race, there’s definitely a consensus within the Oscar Squad around five titles. Belfast, The Power of the Dog, King Richard, Licorice Pizza, and House of Gucci all received unanimous inclusion votes from the team. After that, West Side Story, Dune, and Nightmare Alley garnered nearly unanimous predictions from the team. After that, it’s a little all over the place.

But that’s ok, right? Too much consensus this early in the race is boring, and our position as Oscar watchers is not to dissuade anyone from approaching a film. Instead, we’re here to offer up possibilities.

So, with that, I give you our first official Oscar Squad rankings of the 2022 season. We’ll run another take just before Thanksgiving. By that point, most everything should have been seen, and we’ll have a little more information on which to base our opinions. After that, we’ll look to the critics for their take on the year.

And then, there’s the Golden Globes…

But that’s for another day. 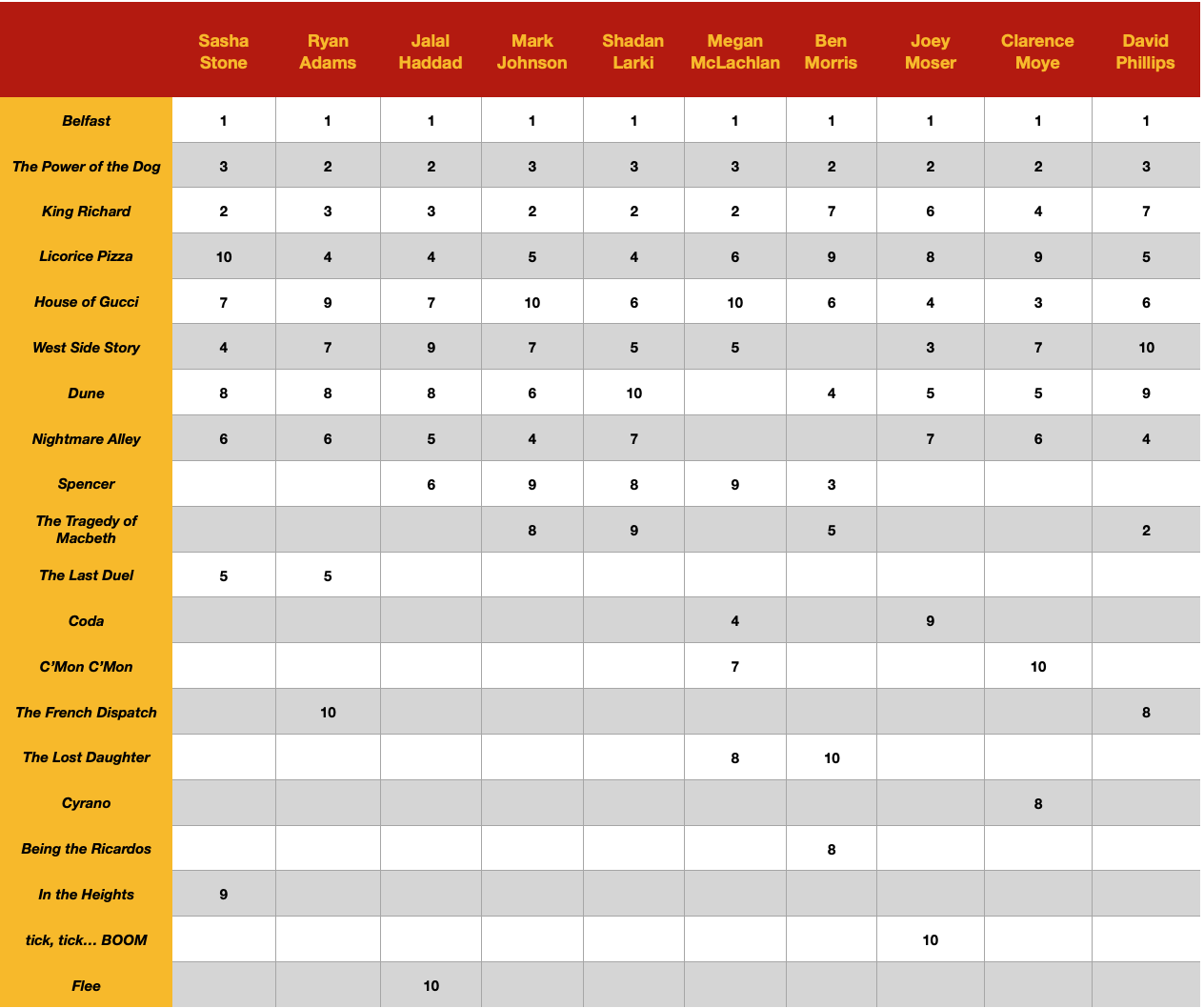 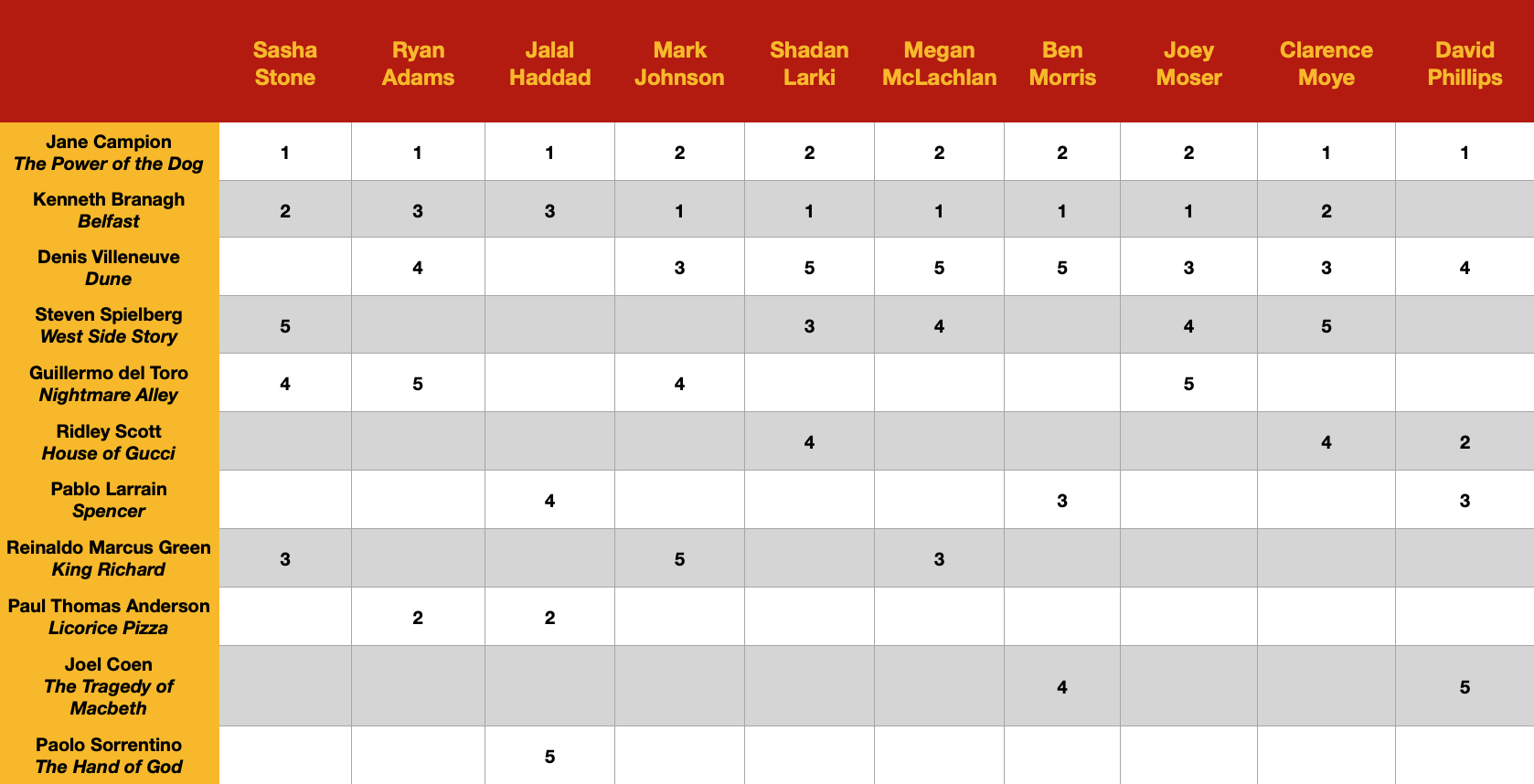 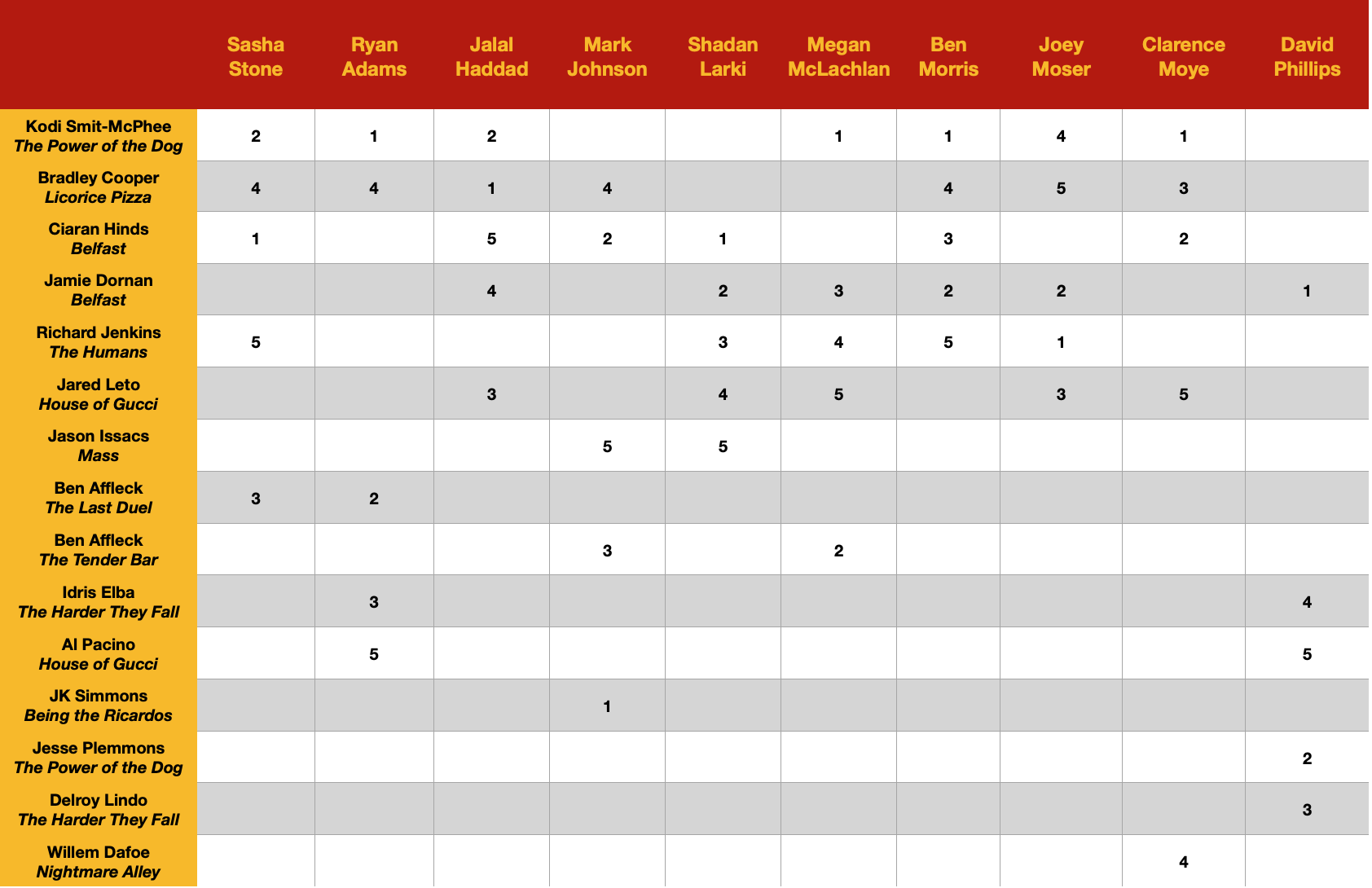 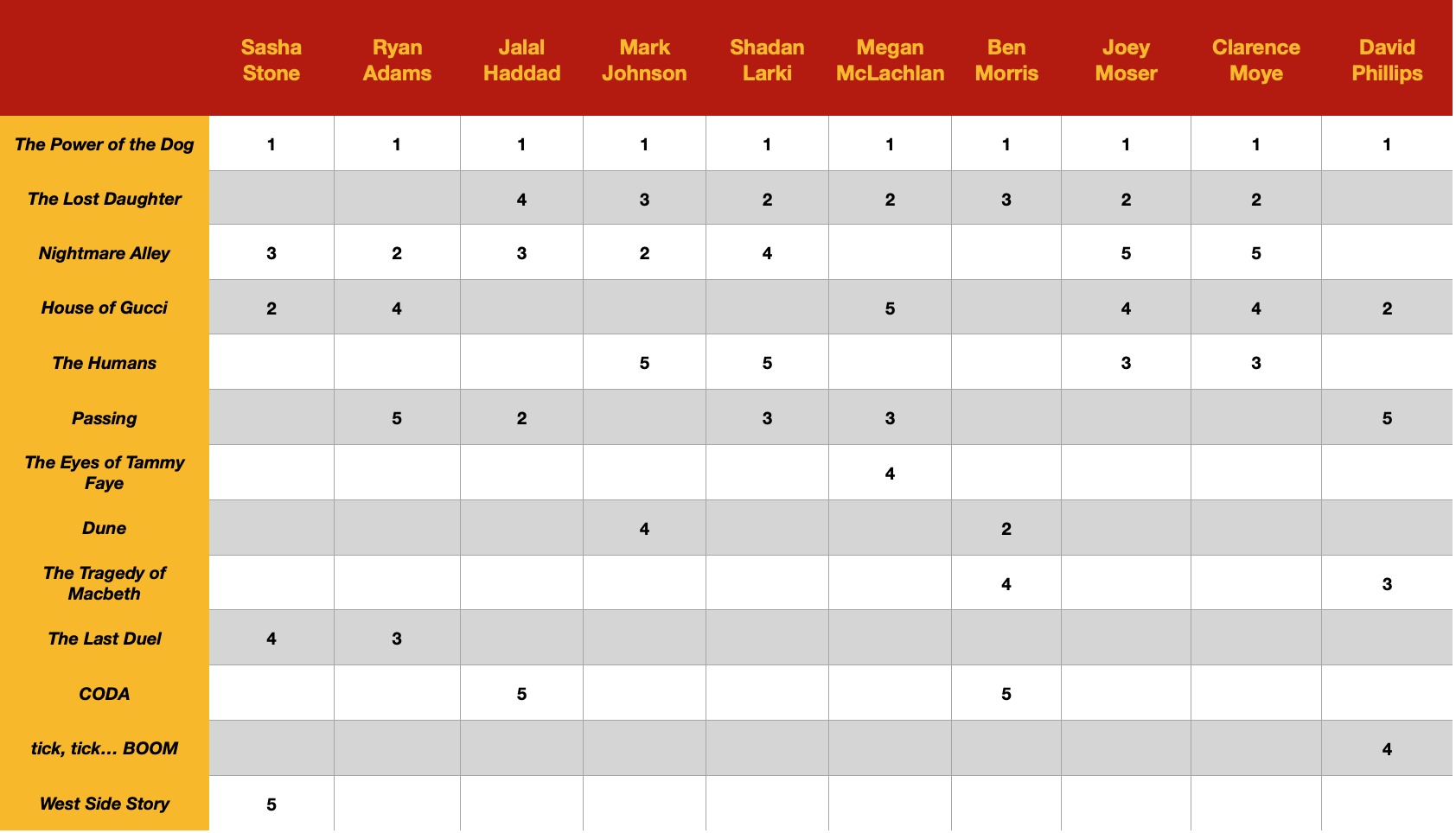