In this batch of short films, there are many characters who are seeking forgiveness but also some that are trying to navigate a new path they have set foot on. Most of these shorts are in English but we know that the Academy traditionally has more of an international eye when it comes to Best Live Action Short Film.

All of these shorts have qualified for this year’s Academy Awards. Which of them look the most promising? Part two in this batch of Shorts Stack will drop on Wednesday.

There is a lonely quality to Ben Ticklebank’s Champ, a quiet film with an ending that you won’t see coming.

At the age of 14, Jake is reluctant to spend time with his father, Danny. Jake lives with his mother and her boyfriend, a nurse who encourages Jake to be anything that he wants to be. Danny, on the other hand, is stuck trying to give Jake boxing lessons and scoffs at his son’s ambitions of becoming a doctor. Putting in the hard work is not Danny’s way.

Most of the film takes place as father and son drive on a lost, open highway. It’s all sand, heat, and country–something Danny feels comfortable in. Ticklebank doesn’t hit us over the head by openly talking about toxic masculinity, but Danny and Jake clearly have different ideas of how a man should be, even though they are completely different ages. Jake represents a level-headed motivation and Danny takes umbrage at the things he cannot provide his son.

Champ shows how the conflict of “behaving like a man” is deep and nuanced, and I couldn’t help but fear for Jake’s future. What would happen if he came out as gay or openly believed something that goes against something his father’s way of life? We look to our parents for guidance–especially at Jake’s age–but Champ shows us how those ideals can be broken and how much they could sink into us. 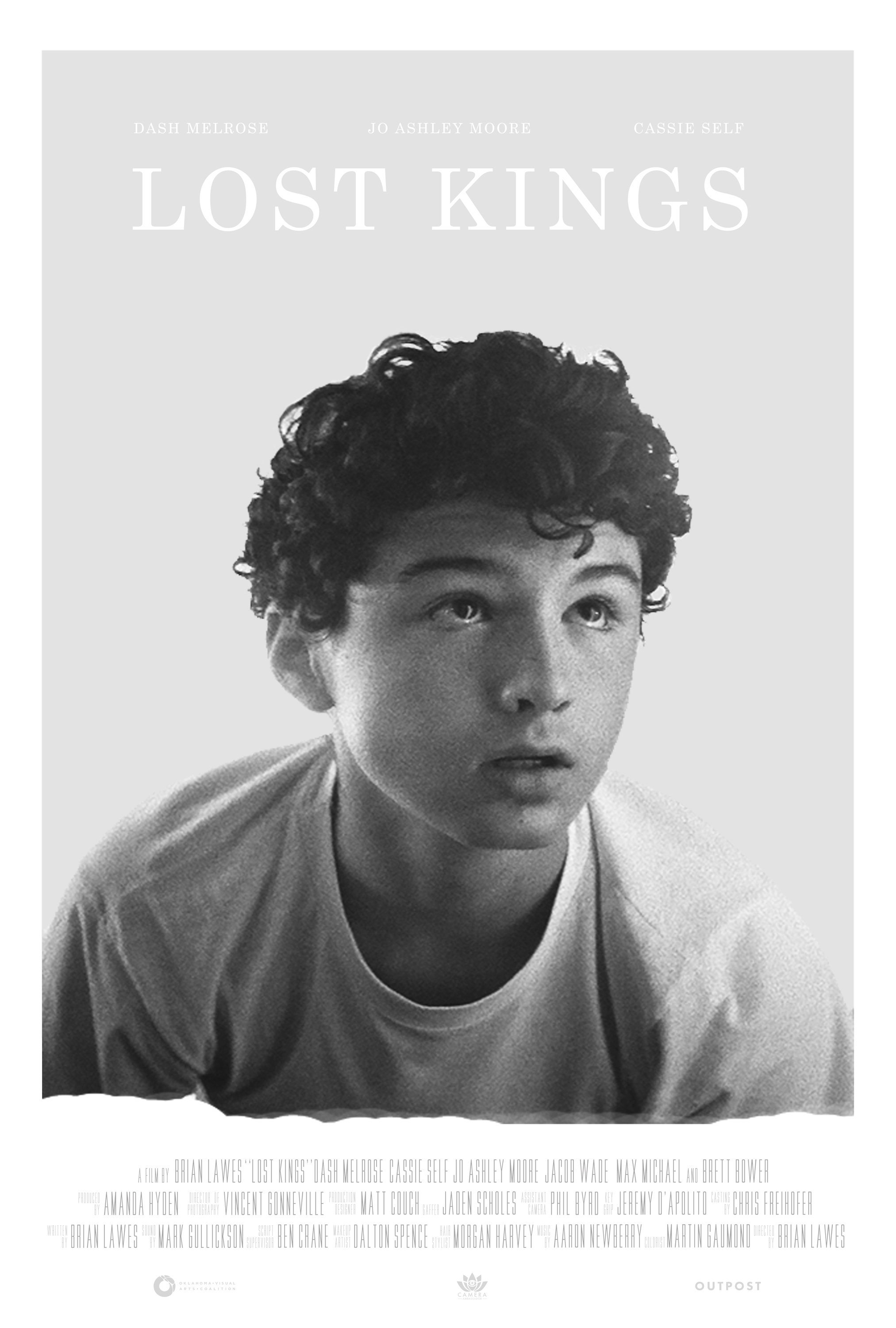 Dash Melrose plays Zuri, a young teen who doesn’t seem to have present parents. His younger brother is being raised by the television, and their kitchen is essentially empty. In his desperation for a full stomach, Zuri witnesses a mother and daughter leaving their home, and he allows himself to enter in order to find something to eat. Things go awry when the family returns.

It would be easy to condemn Zuri’s actions, but Lawes puts everything in perspective. We all need food to survive, but this could be a slippery slope for someone so young. Will he attempt to do this again? Will he tell his younger brother and give him agency to take the easy way out? The floorboards creaking throughout the house amps up the tension, but it’s almost drowned out by Zuri’s rumbling stomach.

Erica Eng’s Americanized has won short film prizes from the Palm Springs Shortfest to the Cinequest Film Festival, so it could be a major player if it is shortlisted at this year’s Academy Awards.

Set in 2002 in Oakland, California, Eng’s autobiographical film centers on Eng, a Chinese American girl who is self-conscious about sitting on the bench during basketballs games even though she is eager to prove herself. She lives with her grandmother who is shocked when Eng leaves for school with new braids in her hair, and we follow her around a typical day at school. She doesn’t feel like she belongs with her team and the other Chinese girls don’t think she’s Asian enough. “Does your family even know how to cook Chinese food?” a resident mean girl asks her one day at lunch.

During a game, Eng gets a shot on the court, and it has unexpected repercussions when the game is over. Director Eng keeps the film moving briskly and we feel her leading lady’s awkwardness. Americanized is a prime example that not fitting in is a universal story and we will always find these tales to be true. Terry Hu, the film’s lead, carries a weighty but sensitive presence throughout.

Professional ambition can sometimes blind you to your own intuition, but that instinct becomes quite literal in Uzo Oleh’s mysterious film Edicius.

An ambitious lawyer, Jason takes on a dangerous client to help with the shortcuts he has taken lately in his career, but one night his reflection in the mirror talks back to him as a warning. The reflection tells Jason that he needs to get out of his own way before it destroys the life he wants so desperately, and both he and his wife are in danger.

Edicius is ambitious in its scope and how it keeps things from the audience. It feels almost like science fiction with the double Jasons, and Oleh keeps things dark and moody throughout the entire film. Michael Socha is great as a leading man performing double duty. 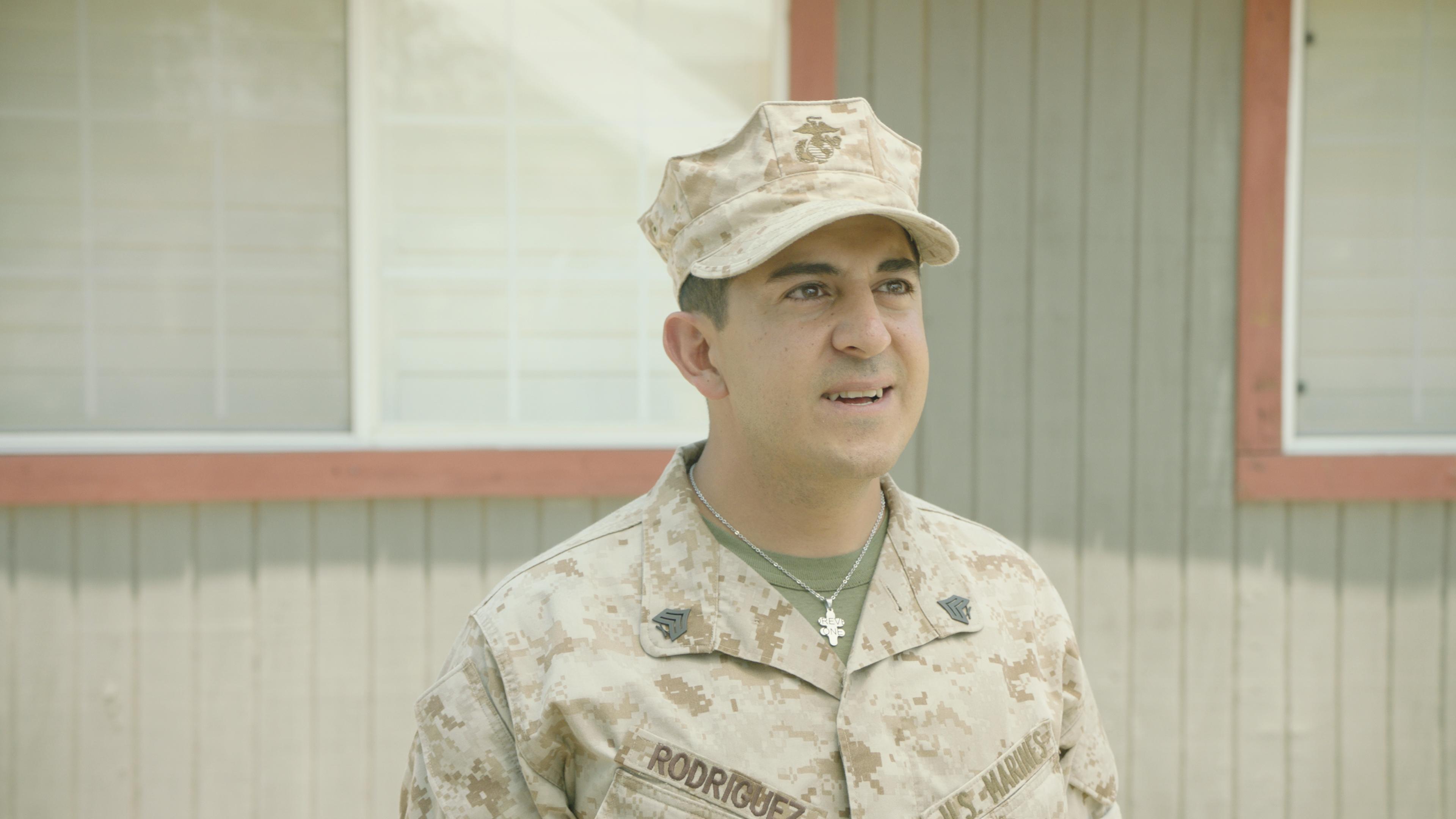 A hard-drinking veteran seeks redemption and closure even though he doesn’t have the words to do it in John Finn’s lovely, Saved Rounds.

Doc, played by Doc Farrow, drinks because of his time in Iraq, but his survivor’s guilt only makes him reach faster for the bottle. He is traveling with his girlfriend, Laurie, to visit the family of Rod, a close friend and fellow soldier who was killed under Doc’s watch. When they arrive, he doesn’t get a warm welcome, and Rod’s mother makes her true feelings immediately known.

There is a strong message of forgiveness and family that is hard to shake. Farrow’s character turns in on himself so much, and it’s heartbreaking to see a man feel like he disappointed himself and the ones who counted on him. Doc will never be over the loss of his best friend, but he is changed by it. It will never heal but it will morph into something different, and Finn wants us know that that is valid. 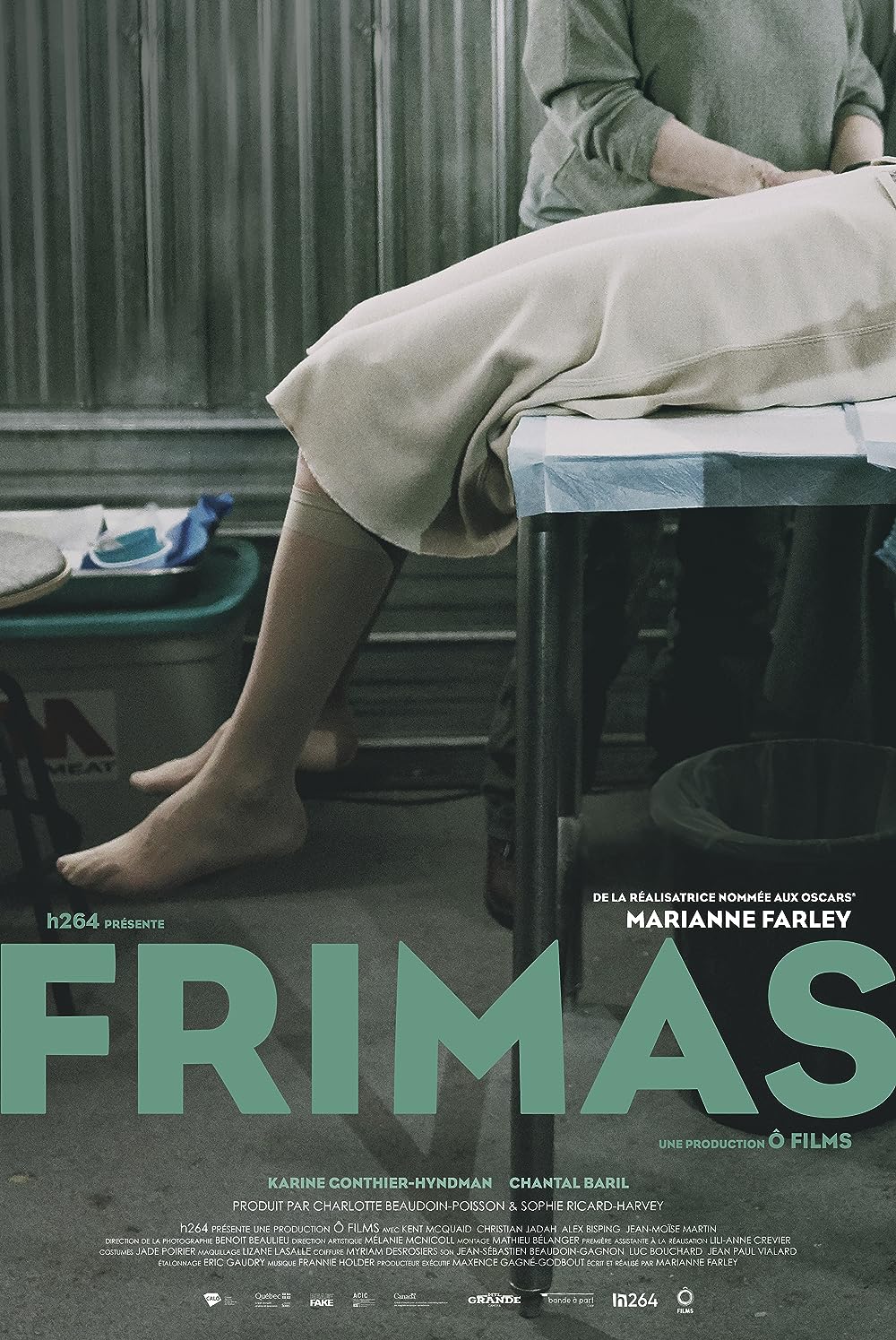 The events of the Emmy Award winning drama series The Handmaid’s Tale become terrifying real for one woman at the center of Marianne Farley’s Frimas. I do not bring up the Hulu series to be disparaging but that series keeps us at a distance from what horrors women go through. We can say that those events could never happen. With the Texas abortion ban still ringing in our ears, Frimas is more topical than ever.

On a cold day, a woman nervously waits on the sidewalk but she gets into the back of a semi truck carrying hanging pig carcasses. She is eight weeks pregnant but abortion is now criminalized, and she is determined to terminate the pregnancy without her husband knowing. Since abortion is now illegal, medical professionals are risking everything by performing these procedures as a truck drives around. You can feel how cold it is and Farley edits her film smartly to dial up the tension. I found myself holding my breath on several occasions.

Frimas would, unfortunately, feel timely no matter what, but the latest political fights against women’s reproductive rights makes this short feel frighteningly real. You won’t be able to forget it long after it ends. It’s powerful, tautly directed, and features an incredible vulnerable performance from Karine Gonthier-Hyndman.