Shorts Stack: The Kid Stays In the Picture

When it comes to Live Action Short Film, you can never count out stories that revolve around or include children or young people. Last year, almost half of the films shortlisted featured kiddos, and we all remember the infamous year where 4 of the 5 nominees featured children in peril. The Silent Child and Skin are two recent back-to-back winners, and this batch of eligible films all include stories with young ones (even a science fiction entry here could be considered since an android is new). I didn’t plan to post these all together, but they happened to carry that common–and considerable–thread.

When you are young, you see your parents or your grandparents as people to help you make decisions about your life, but you generally find your first love on your own. For Nafisa, a 15 year old living in a cotton farm in Sudan, her life takes dramatic turns when a potential suitor turns up in Suzannah Mirghani’s fantastic, Al-Sit.

Nafisa seems to always listen to her elders, but she is in love with Babiker, a boy from her village. Nafisa’s parents, however, welcome Nadir to their home in hopes that he will marry Nafisa and make a better life for their entire family. Nafisa’s grandmother, Al-Sit, has the final say whether the marriage is a good fit.

Mirghani leaves us guessing the entire film as to what is going to happen with Nafisa’s fate. The film has a traditional setting but a modern heart, and the end leaves us with some incredible visuals. The winner of many short film prizes, I wonder if Al-Sit can make the cut since the Academy gravitates towards stories of younger people from international stories. Keep your eyes on this one. Hitler’s voice is a jarring start to David Bartlett’s accomplished and handsomely shot, Mousie. Set in 1936 in a fading Weimar cabaret club, Mousie tells the tale of survival from the point of view of someone who doesn’t yet know the gravity and the circumstances of the time she is living.

Katharina is a performer at the club in Berlin, and she is hiding Helene, a Roma refugee, in a closet underneath a staircase. Flashbacks tell us that Helene’s mother abandoned her with Katharina and left her with a small stuffed mouse, and Katharina is planning on fleeing to America with Helene when she has enough money saved up. One night, a member of Hitler’s regime watches Katharina on stage, and it puts everything in jeopardy.

For a short film that is under 15 minutes, Bartlett and his team have spared no expense. It’s a beautifully crafted film with somber edges. Helene asks Katharina about America and the Hitler Youth posters she sees, and your heart breaks because we see it through her eyes. She simply doesn’t understand, but Bartlett does an incredible job of leaving us on the edge of our seats.

A simple misunderstanding is the center of Mark Rosenblatt’s Ganef, an intimate film about how children adopt thoughts and fears from their parents.

Set in London in 1962, young Ruthie (an adorable Izabella Dziewanska) enjoys playing with the housekeeper, Lyn, when her parents are out. They chase each other around the apartment and they clearly have a strong bond. When Ruthie’s mother comes home and tells Ruthie to take her shopping bags to her room without Lyn seeing, the child is naturally curious. She tells her daughter that when she was younger in Frankfurt, soldiers took all their valuables, but people can’t take what they don’t know about. This leads to Ruthie spying on Lyn while she is tidying up, and she thinks she sees the housekeeper stealing from the family.

Rosenblatt somehow manages to put the audience in Ruthie’s shoes and stripping away our adult notions and way of thinking. An obvious comparison that I thought of was Joe Wright’s magnificent Atonement, but instead of lives being lost from a youthful misunderstanding, what is planted in Ganef (which is Yiddish for thief) is just as dangerous. 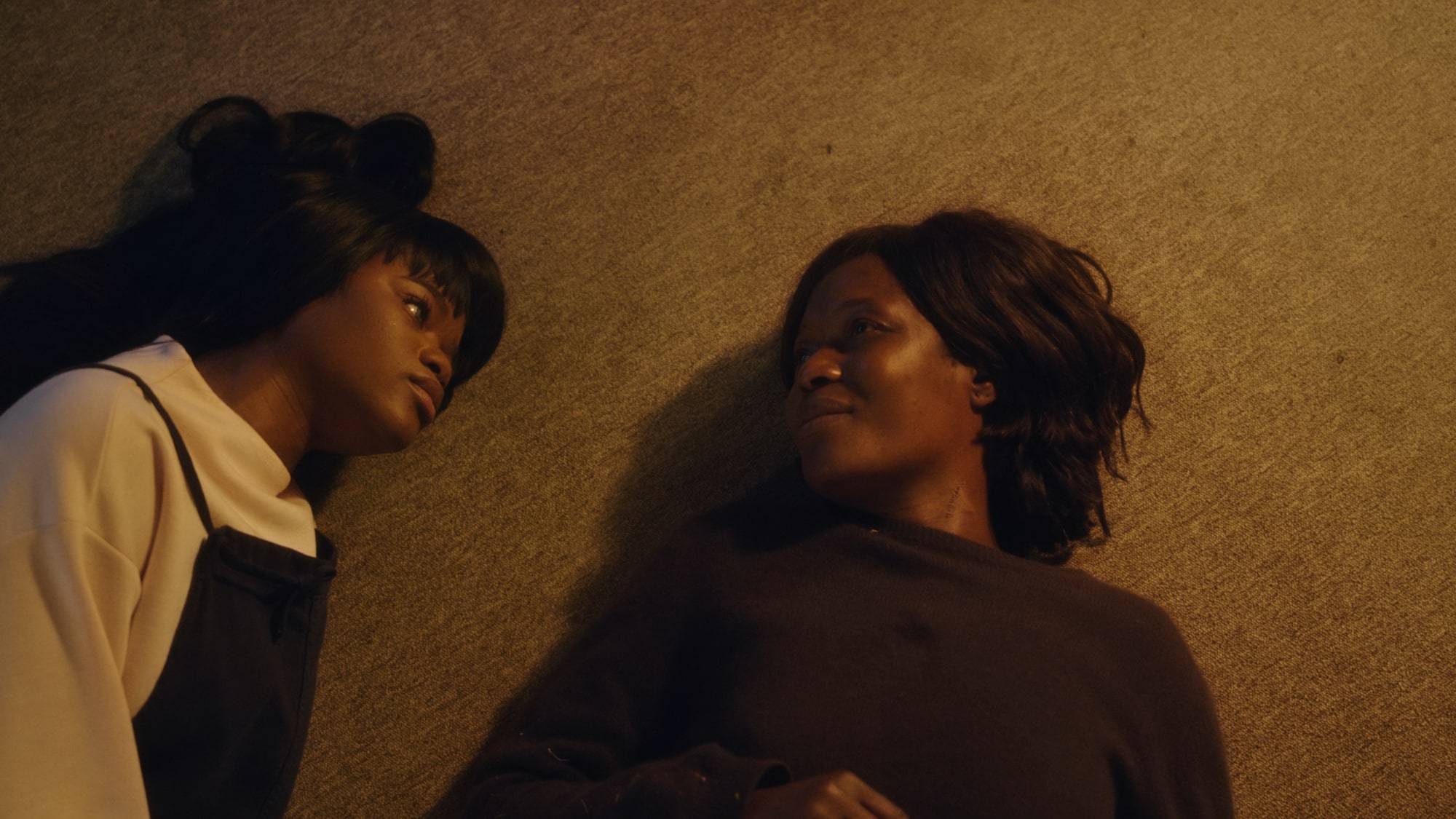 Themes of connection are common in modern science fiction, especially in those with dark or cold environments, but Jerry Hoffman’s stunning and ambitious I Am could be an entire feature film or limited series of its own. I was so captivated by this short.

Noé, a withdrawn woman living in the woods, finds an android named Ela and reactivates her. It’s clear that Noé is grieving and wants to be alone, but she is fascinated with the gorgeous Ela and finally has someone to talk to. Whether Noé realized it or not, Ela is observing the person who reactivated her but with a more mysterious and consuming vigor.

There is a lot of talk about interconnection and how we associate with one another, and Hoffman does an incredible job of dropping in hints of uneasiness among the gentle relationship. Is Ela going to turn on Noé? What is Noé hiding and why is she alone? We rarely get sci-fi with women at the center, let alone with two women of color. You will not be able to take your eyes off of Melodie Wakivuamina and how she inhabits Ela. Just be careful that she isn’t also watching you.

It is important that we learn from our history, and Leylak is an immediate and sensitive example of that. Scott Aharoni and Dennis Latos’ film is simple in its storytelling and relies on the resilience of its characters.

Nadir Saribacak plays Yusef, a gravedigger working in Queens at the height of the pandemic. His young, teenage daughter, Renk, is eager to visit her mother in the hospital, but Yusef is hiding something from her that will change their lives.

Aharoni and Latos filmed Leylak at the height of the pandemic in New York City, and they pay tribute to the frontline worker and those who put themselves most at risk in a time when there was no end in sight. It’s a beautifully rendered film that carries enormous weight without uttering many words. As the world opens up ad as we start to give way to normalcy again, we cannot forget how this moment in time affected us. We are resistant to films and television shows that show characters in masks or on Zoom, but it is vital to have art that incorporates the pandemic because it has changed us. It changed our world and how we live, and Leylak is an example of truthful storytelling about the pandemic.

Best Actress — Where Does the Race Stand?