We were as surprised as you were.

Amazon and Aaron Sorkin’s Being the Ricardos screened a few weeks ago, and the initial reactions (including Sasha’s) had significant impact on the Oscar race, at least according to the latest Oscar Squad rankings. The film seems to be a contender across the board. It rocketed into the top five in Picture, Actress, Actor, Supporting Actor, and Original Screenplay. Kidman’s early raves, in fact, helped her shoot all the way up to number two just behind Kristen Stewart. While the Oscar Squad remains unanimous in predicting Stewart to win on her first Oscar nomination, Kidman appears a close number two.

The news wasn’t quite as good for MGM and Ridley Scott’s House of Gucci.

Audiences emerging from early screenings reported a highly divisive film, and the Oscar Squad rankings reflect that shift. The picture itself dropped out of our top 10, falling below Pablo Larrain’s Spencer. Actors Lady Gaga and Jared Leto cling to their nomination chances with Gaga’s far more likely than Leto’s. However, these reactions pre-date today’s official Gucci reviews, which admittedly came in a little higher than we’d all expected. We’ll see how this weekend’s box office and audience scores change the landscape on the film ahead of Golden Globe and Critics Choice nominations next month.

In other news, Licorice Pizza’s initial screenings also reflected positive movement here in the rankings, although not to the same degree as Ricardos. We’re also starting to see Pedro Almodovar’s Parallel Mothers grow in esteem as it debuts this week in Picture, Director, and Original Screenplay. Star Penelope Cruz remains predicted in the Best Actress top five for her award-winning performance.

That wraps the final Oscar Squad ranking before critics start weighing in next week with the National Board of Review.

Until then, Happy Thanksgiving to all of you from the Oscar Squad! 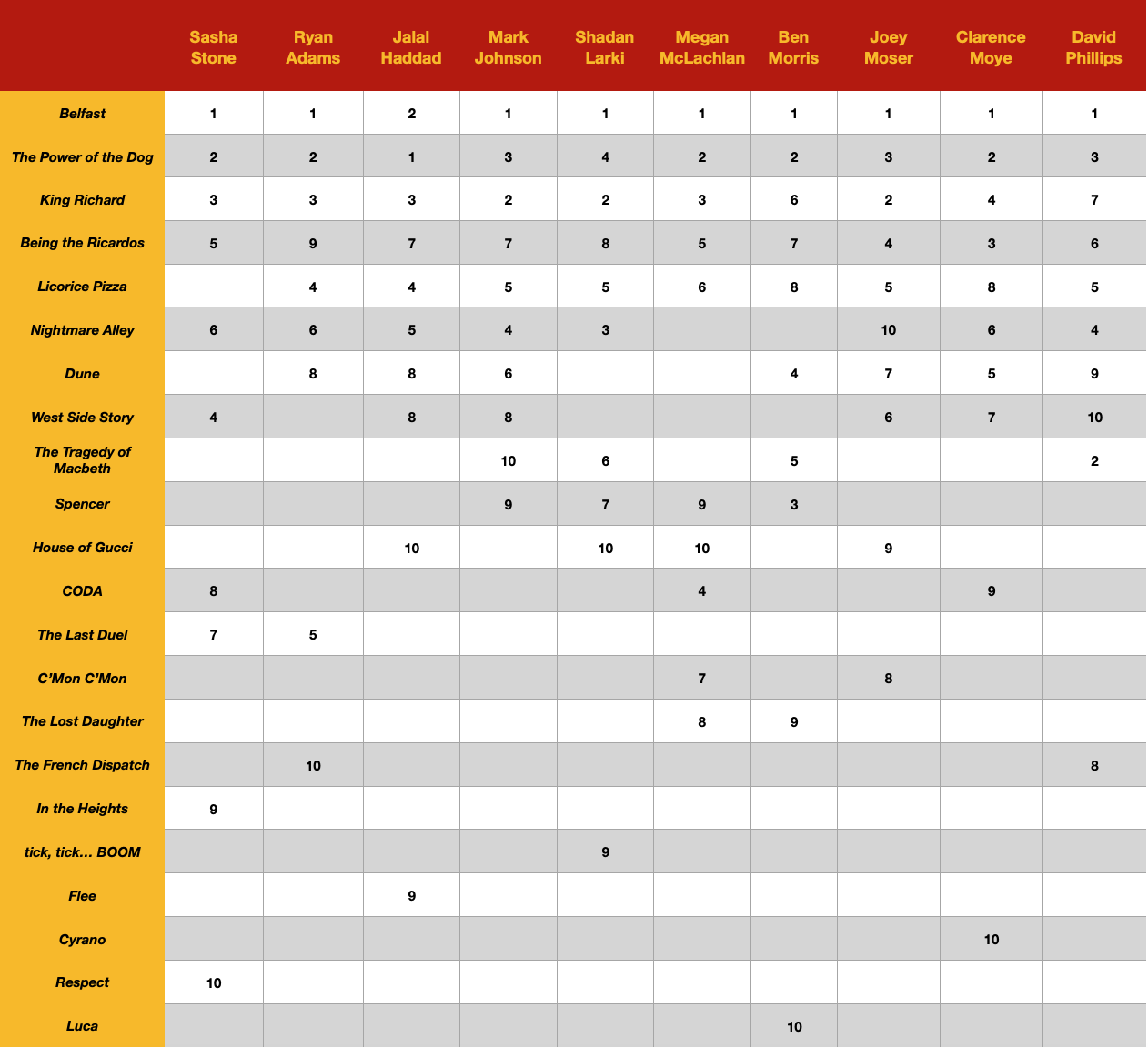 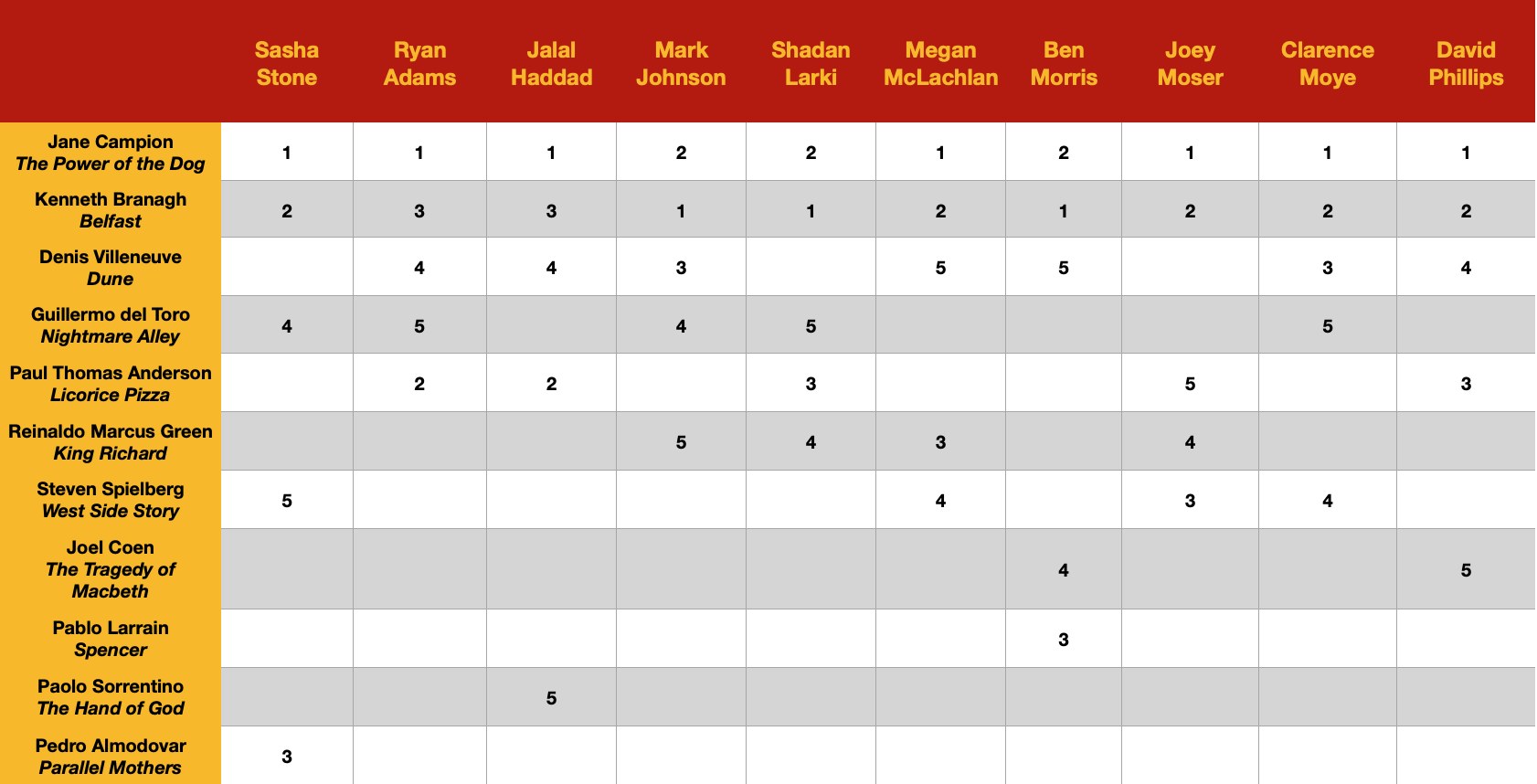 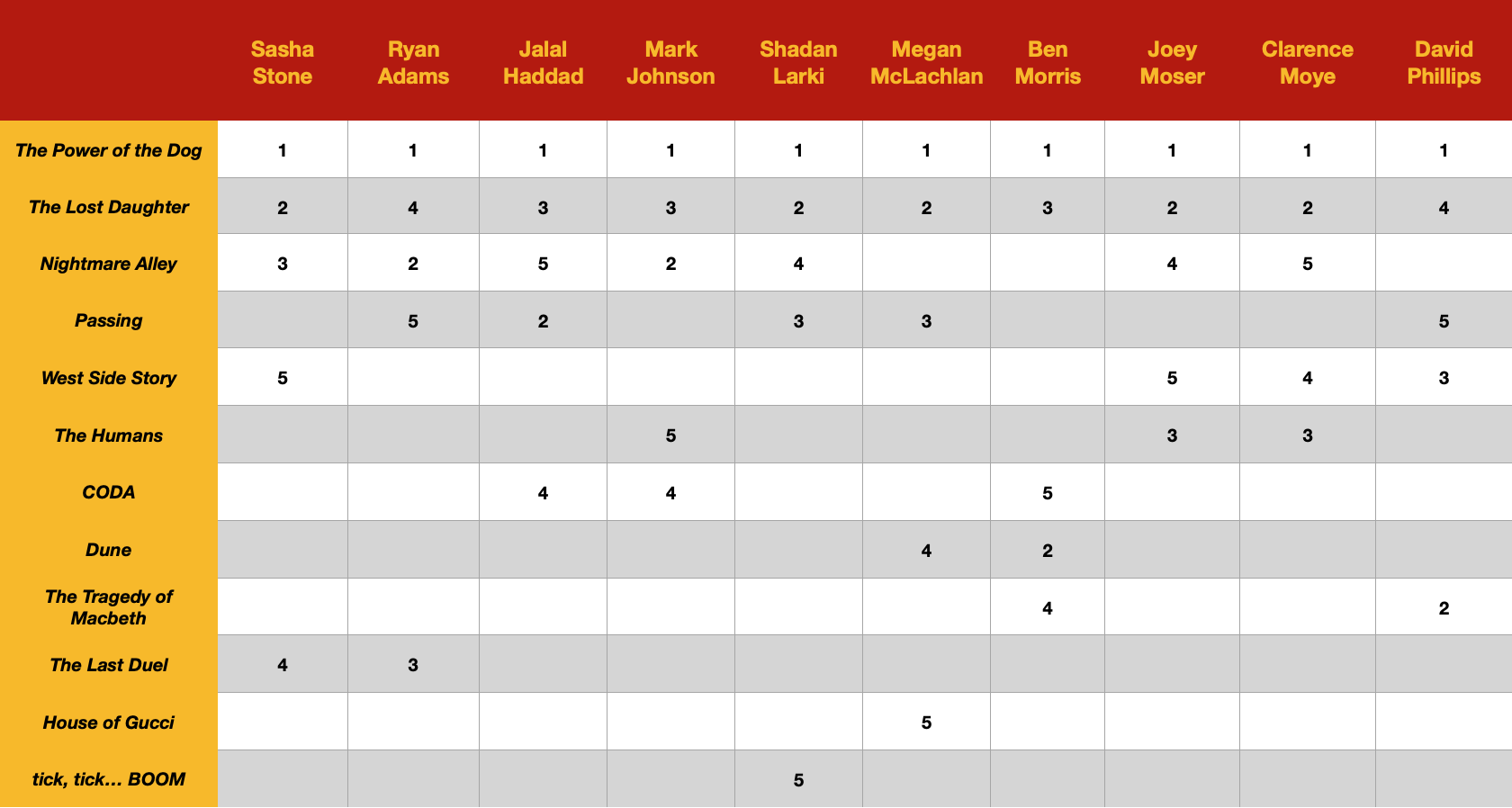 'The Last Day of Patriarchy' Will Have You Talking