A few major things happened in the two weeks since we last dropped our Awards Daily Oscar Squad rankings. Most seismically,  Steven Spielberg stunned the world with his critically acclaimed reimagined take on West Side Story. Then, many finally saw and loved Guillermo del Toro’s Nightmare Alley. Finally, two major critics groups weighed in on the 2021 film scene, surprising with their unexpected selections. 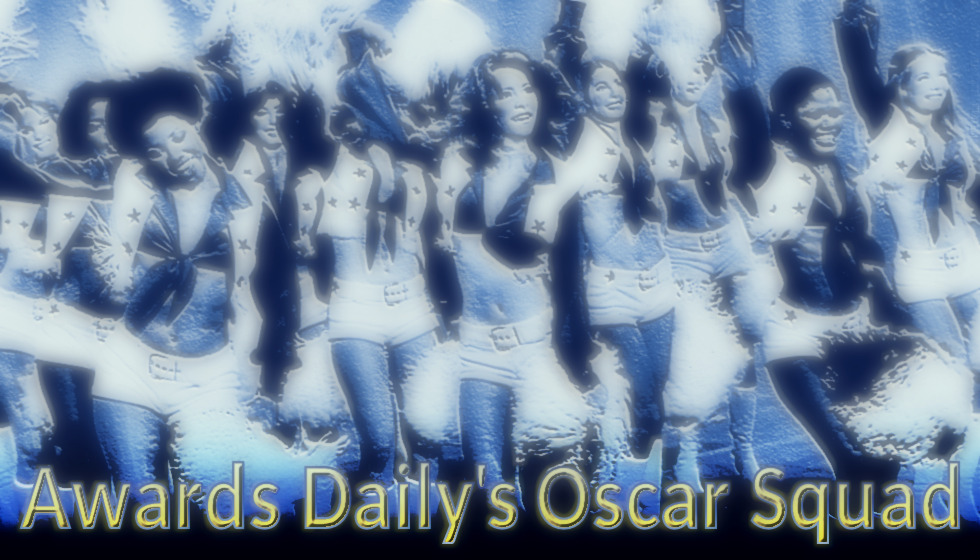 Starting with West Side Story, the film makes a larger impact across the Oscar Squad this week, although the shifts weren’t necessarily as huge as they were for last week’s Being the Ricardos. That’s probably because Ricardos wasn’t expected to be a major player, while many on the Squad did expect at the very minimum a contender out of Spielberg. The picture itself rose a few notches to land just outside of the top five contenders. Spielberg, himself, moves comfortably into the number three slot in the directors top five, bumping out King Richard’s Renaldo Marcus Green.

In the acting races, Rachel Zegler (fresh from her National Board of Review win for Best Actress), Mike Faist, David Alvarez, and Rita Moreno make their first appearances in the charts. People are warming to the idea that the Academy may settle on Ariana DeBose as the Supporting Actress leader, although that’s far from certain given Moreno’s rise following the film’s premiere. Crafts wise, Wise Side Story cements itself as a major contender with many Squad members predicting wins.

Is there a scenario where West Side Story could sweep? We will see…

On the Nightmare Alley front, the news was slightly mixed following initial screenings. It’s still in contention for a Best Picture slot, although it has waned a bit. For now, del Toro falls out of the top five director race as many consider the film mostly a crafts play. On the plus side, star Bradley Cooper moved up in the rankings following several very strong notices for his work. Curiously, co-star Cate Blanchett, frequently mentioned as delivering another great performance by early audiences, failed to make any dent in the Supporting Actress race. That’s most likely due to the hugely competitive nature of that race.

Otherwise, the frontrunners identified in previous Oscar Squads remain the frontrunners. We likely won’t see massive shifts in predictions aside from incremental moves up and down the chart until the Golden Globes, Critics Choice, or guilds start weighing in later in December and January.

One compelling factor to watch over the next few weekends will be how audiences react to these awards-friendly films. If West Side Story, for example, breaks through the pandemic-tentative box office this weekend, then it could start an avalanche that rolls all the way to the Dolby Theater. 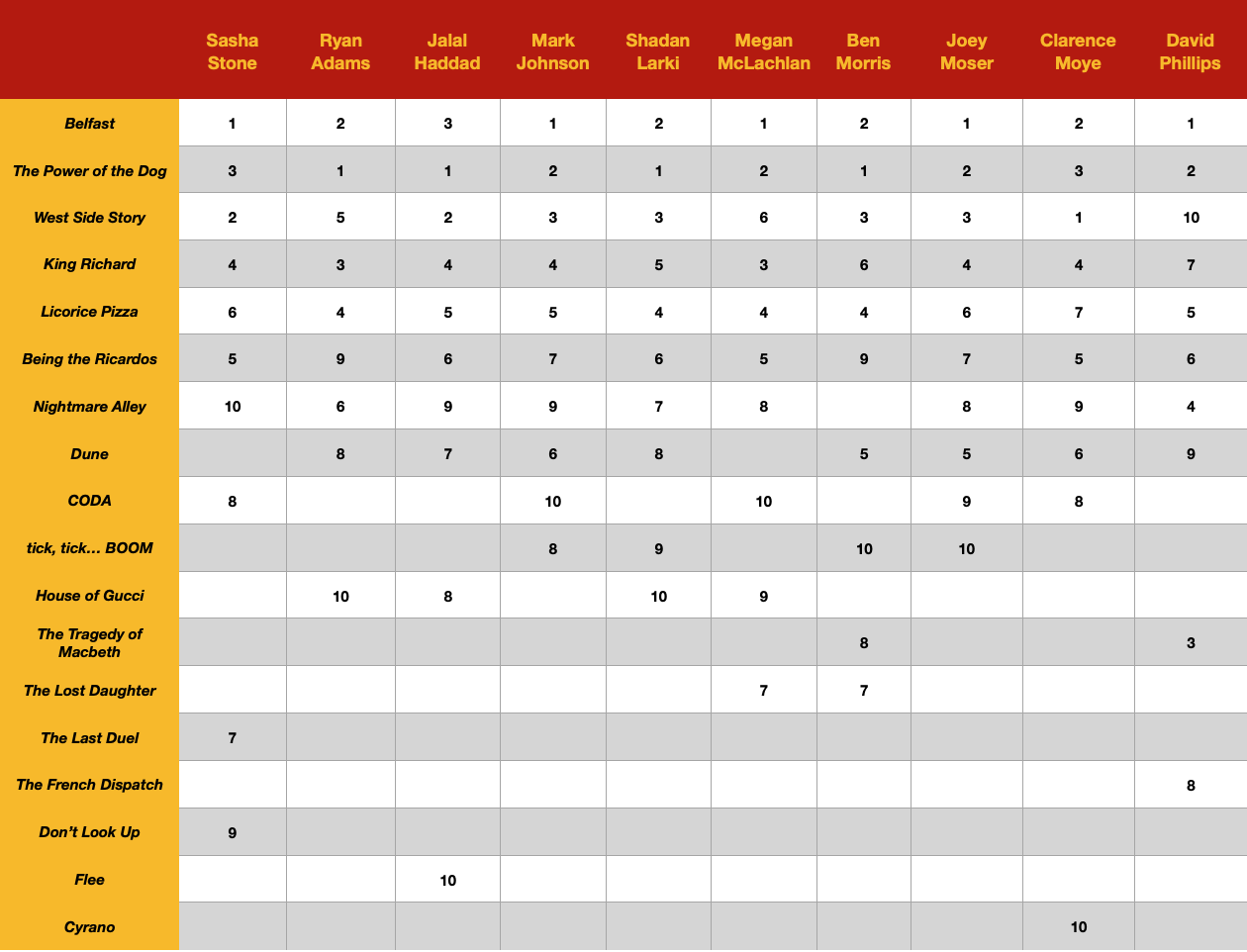 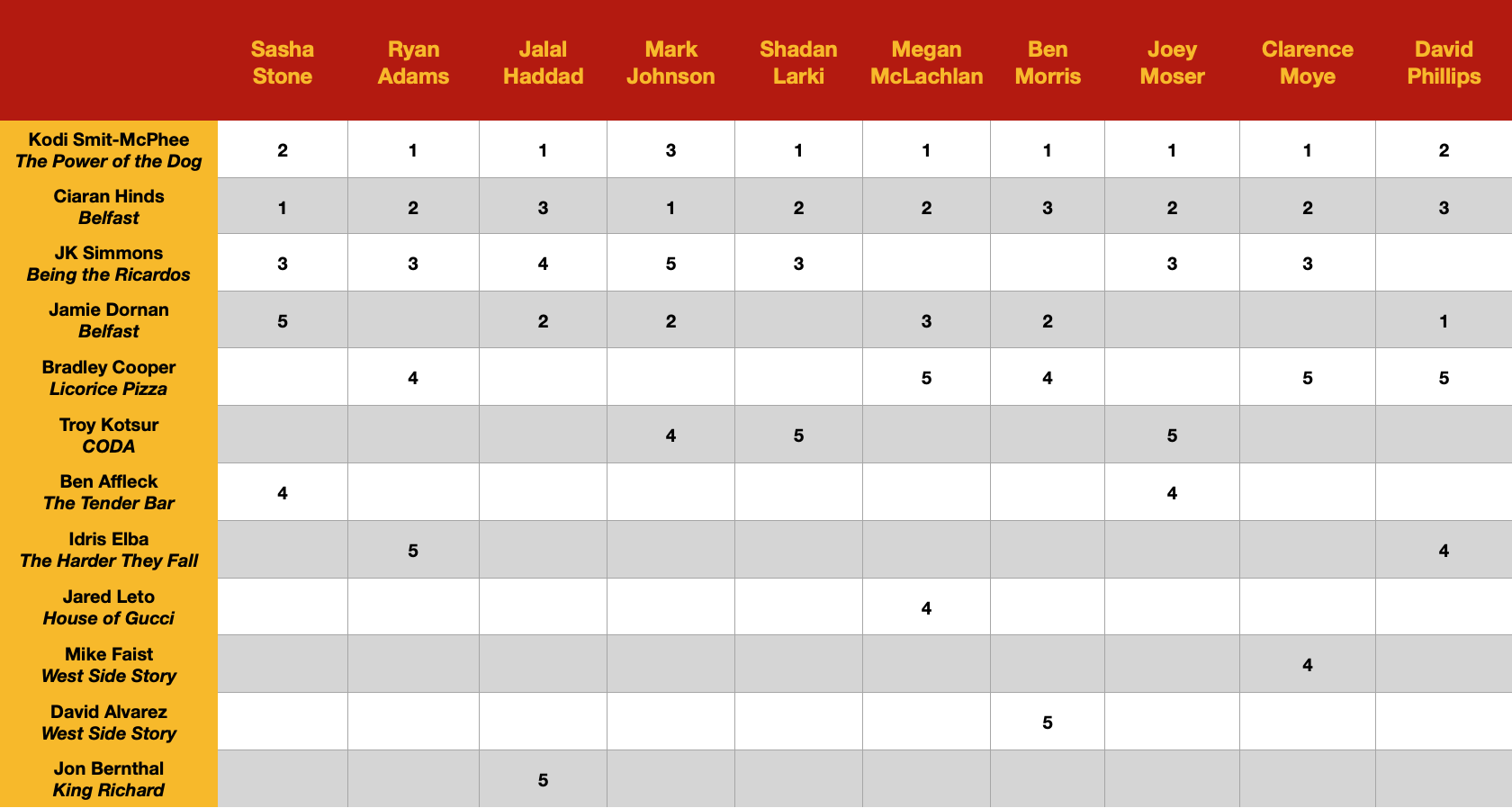 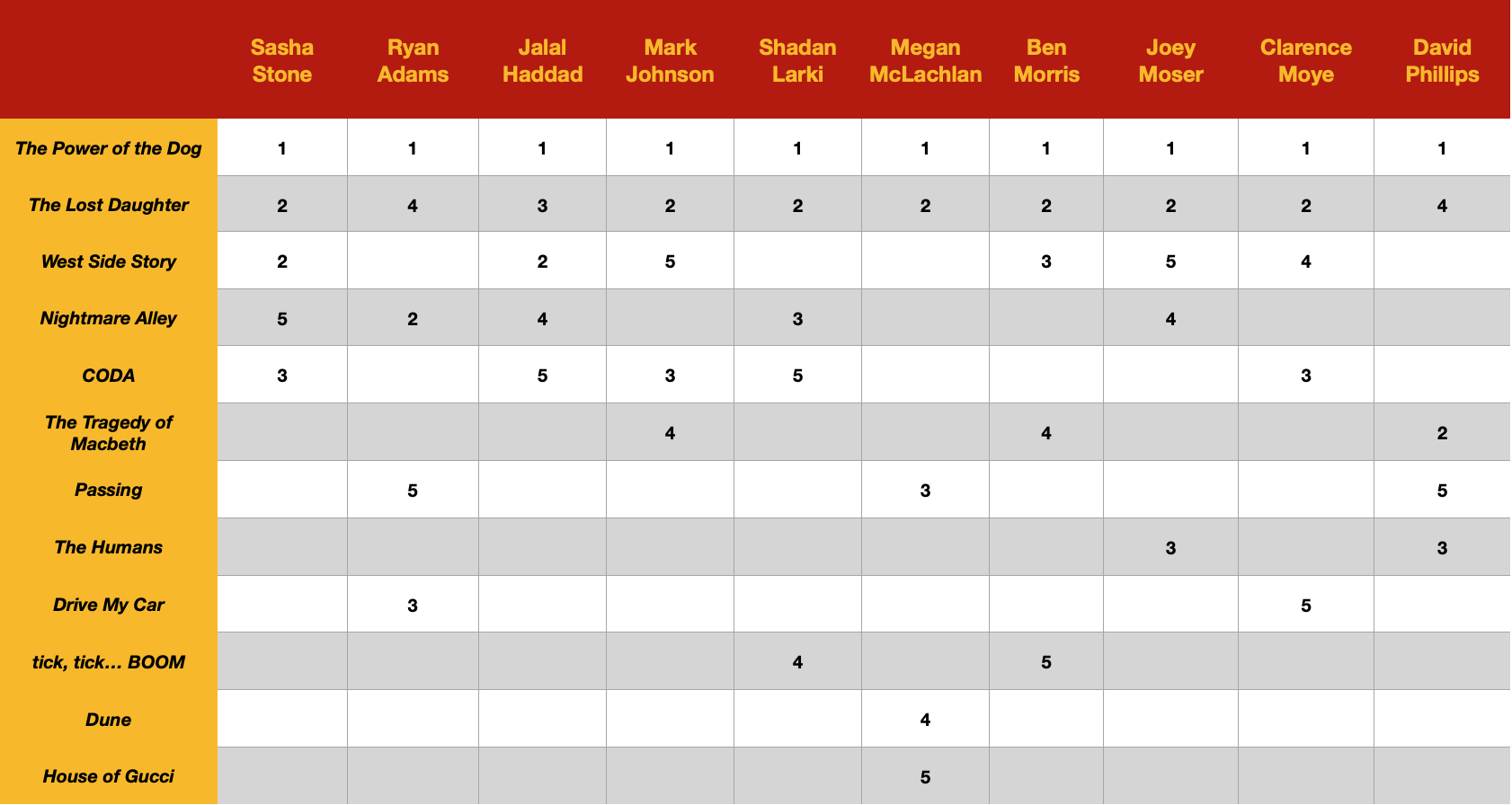