Best Picture and the AFI

Today, the AFI announced their top ten films of the year, plus a special citation for Belfast, which puts it in the same position The Artist and the King’s Speech were. The best way to think about these awards is as a tastemaker’s poll. They have, in the past, reflected an earlier phase of the race that would change as we headed into the “guilds phase.” That was true last year, certainly. The Critics Choice and the PGA probably have a better match rate than the AFI, but there is still prestige connected to these that makes them influential.

They are very much a good sample size of the type of people who vote on the Oscars and they have a decent enough record in terms of matching the Oscars for Best Picture nominees:

Their best year was 2010, where their top 10 only missed one of the BP nominees (The King’s Speech). 6 seems to be their average, but you never know which ones will get in and which ones won’t. We’ll include charts below.

So who are they? This is this year’s jury:

So as you can see, it isn’t a very large group but it’s more or less the same demo as the Academy: sophisticated people who reflect the same values of Hollywood overall, i.e., left-leaning, upper-middle class, educated, diverse. It doesn’t look like Mark Harris is on the jury this year, though he usually is. That could be because of Tony Kushner’s script for West Side Story — he did not want to be put in the position of conflict of interest.

This year’s slate seems about what you’d imagine. The only real surprise to me was that neither The Last Duel nor House of Gucci got in. So either Sir Ridley is cancelling himself out (and will continue to cancel himself out throughout the season) or voters will rally behind one or the other. Gucci seems to have the buzz whereas Duel is the better movie. Also missing, as least from my perspective, is the truly wonderful Being the Ricardos. That might be an indicator it won’t be a strong contender for Best Picture – or not. It is hard to know at this stage. We don’t know how many of their ten will make it into the Oscars. Also, they really have 11 choices this year because they’re including Belfast with a special award.

The Golden Globes and the Critics Choice will announce their nominees on Monday, December 13. We’re really get closer to the ultimate Best Picture lineup, however, when the Producers Guild finally announces, and that won’t take place until January 27.

Here are the charts. 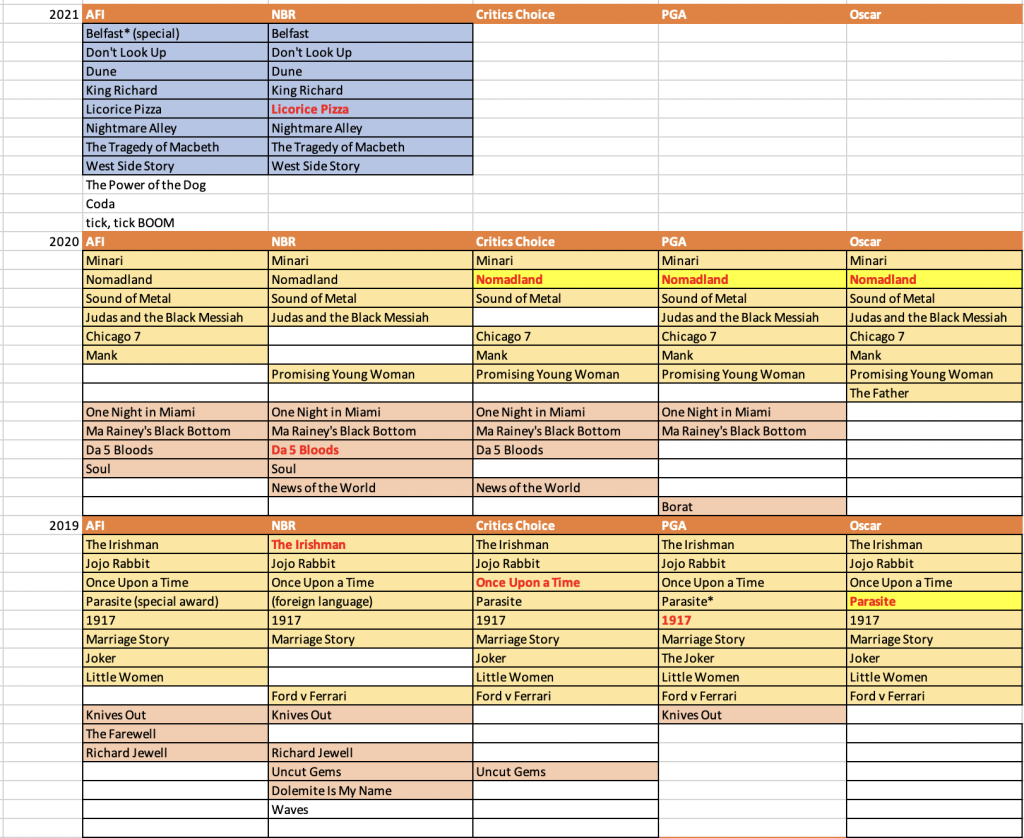 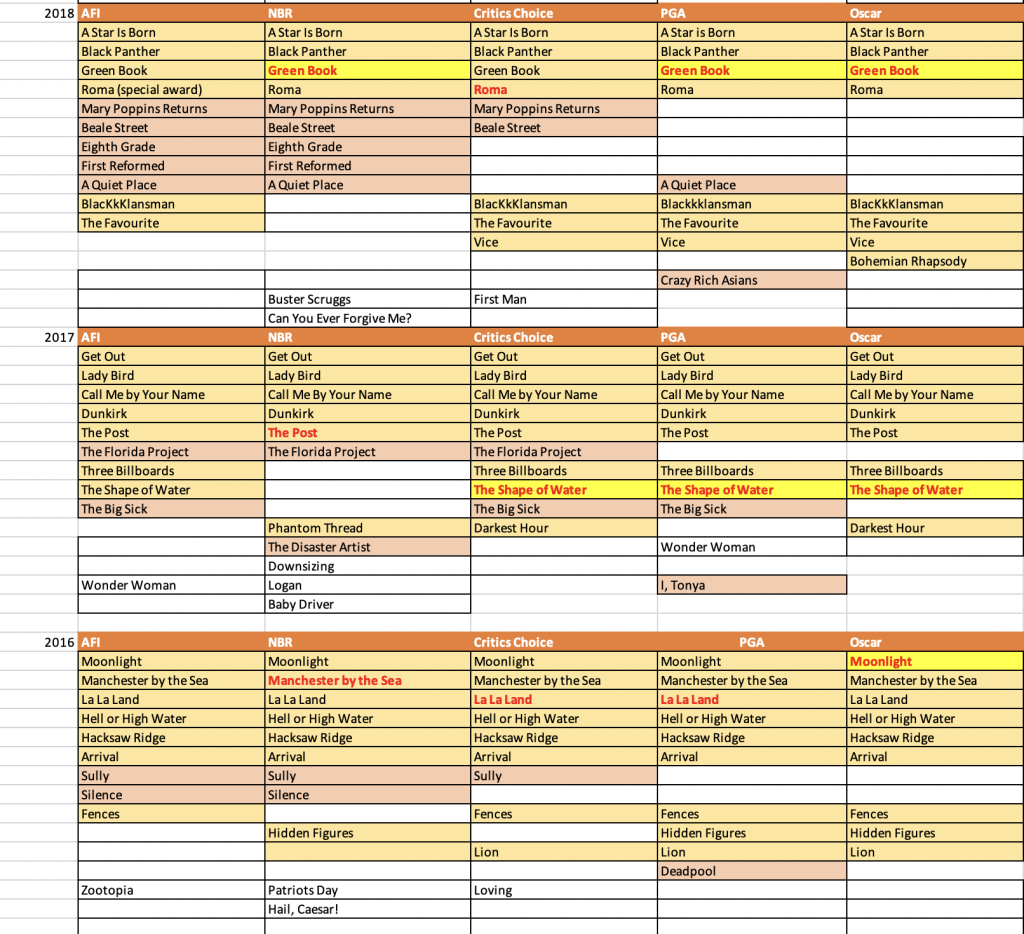 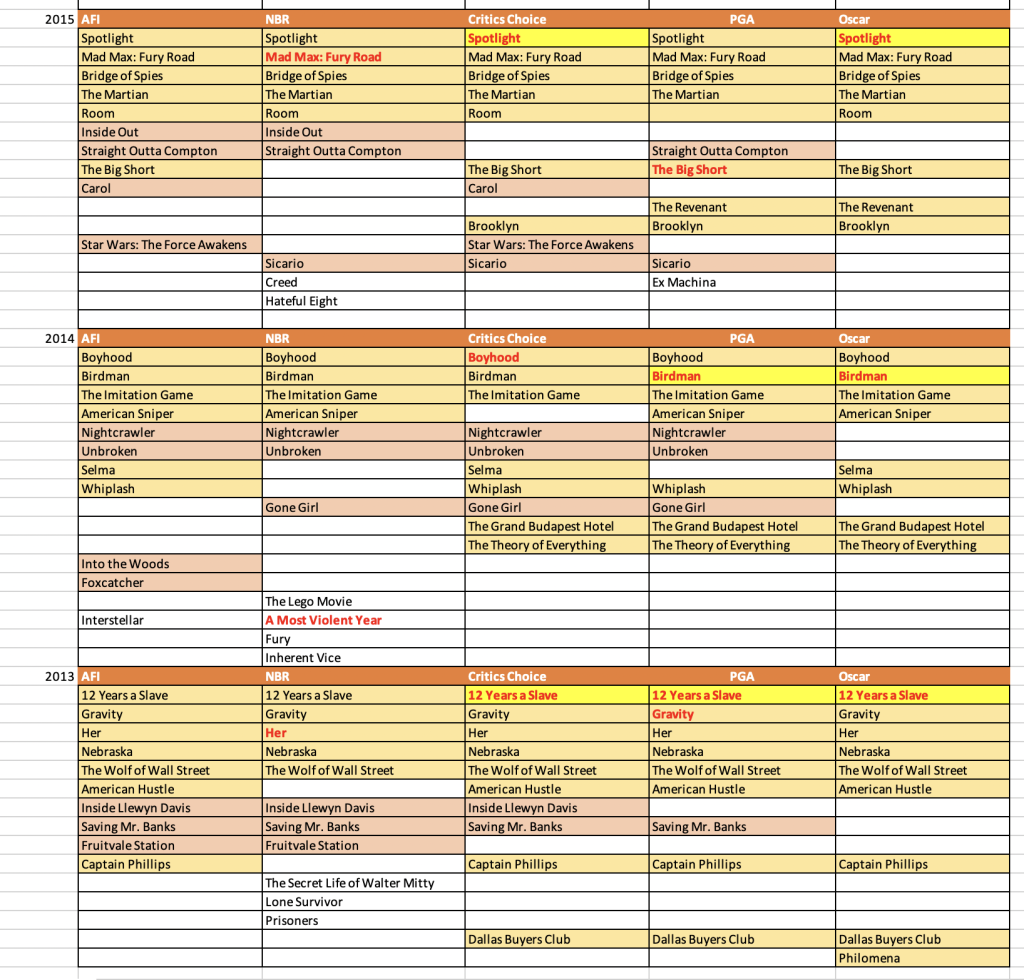 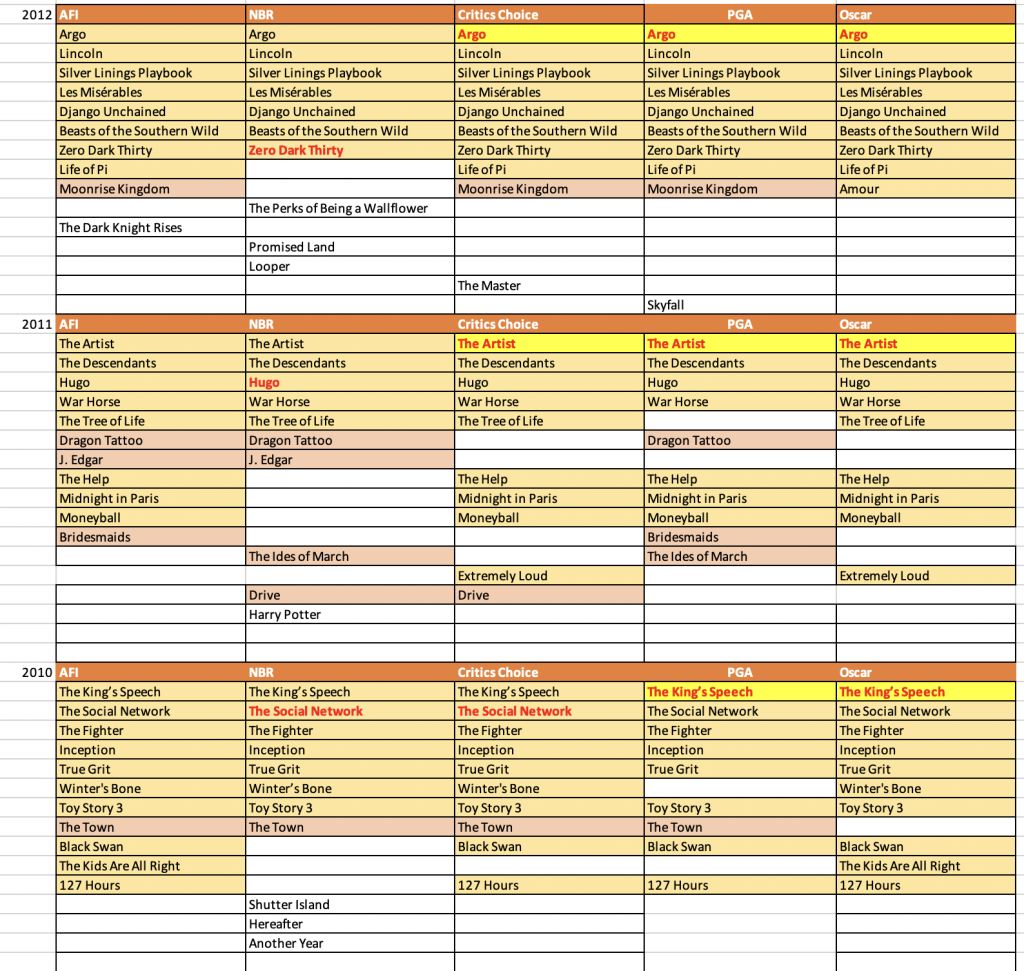