by Ben Morris
in Animation, Interviews
0 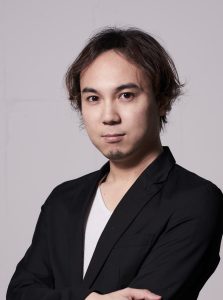 Kotaro Tamura is the director of the anime movie Josee, the Tiger and the Fish. Here, in a conversation with Awards Daily, he dives into what inspired him to create new details for the film apart from the original short story and young adult novel by Seiko Tanabe. He also reveals the animation techniques used to create some intriguing wheelchair animation. Finally, he talks about the process of making a film and how it differed from creating television anime. The process of film making also allowed a host of new experiences for the director.

Awards Daily: This is your first movie. Was that a different experience for you as a director compared to doing episodes?

Kotaro Tamura: It was very different. This time I couldn’t make excuses for myself saying, “At least it isn’t a movie.” [Laughs] Unlike television, when you’re watching in the cinema you can’t use your smartphone, talk to someone, or otherwise be distracted. There are also no breaks in the middle. As long as I could get people to watch it in an environment that would let them get immersed, I knew the film had to hold up under those conditions, so I challenged myself to approach it with a delicate touch.

AD: I read in IMDB trivia that this is the first anime to feature a handicapped artist. Was that an important aspect of the story for you?

Kotaro Tamura: I didn’t think of her so much as an “artist.” In the movie, she is more just someone who enjoys drawing and is good at it. Her friend Kana does praise her talent, but it’s not like she has won any awards or her drawings are putting food on the table. The movie doesn’t touch upon whether or not she ultimately does become a picture book author, either. And why is that? It’s because the movie is about her goals and dreams–and the growth of those dreams–rather than her talents. In fact, in the original story Josee only has trivial dreams, like wanting to see a tiger or go to an aquarium. That part bothered me. In this version, that is Josee’s starting point.

Once Tsuneo starts giving her chances to go outside, she gains a friend, Kana, and starts to develop a little more as a social being. That’s why her dream developed into something that would require a more long-term effort, such as becoming a picture book author. And only because she has that dream is she able to see eye-to-eye with Tsuneo, who almost gives up on his own dreams, and be able to encourage him. Even if her drawings were bad, Tsuneo sees her determination and is encouraged by it. The important part of that scene is not the quality of the drawings, but Josee’s attitude toward facing a challenge.

AD: Desire for human connection and how self pity holds us back are huge parts of these characters’ journeys. What was your process in creating those feelings in your characters?

Kotaro Tamura: This movie is my response, in a modern-day setting, to the struggles Josee faced in the original story. In the novel, while Josee does have a complicated past, she becomes content to live in the present with Tsuneo. However, she still seemed to be anxious or uneasy deep inside. When I started to wonder what the source of that anxiety was, I began to see the themes that would fit this as a feature-length movie. I also gave some thought to the original story’s age range. The vast majority of Japanese animation is about adolescents from 12 to 18 years old. But Josee is 24 and Tsuneo is 22. They’re young adults. By age they’re already adults, but you can’t really say they stayed in home and school and then fully entered society. I wanted to weave themes into the story that would fit with that ambivalent time in their lives.

AD: What got you first interested in anime as an art form you wanted to work in?

Kotaro Tamura: I really liked drawing comics and pictures ever since I was a child, but I really started to think of animation as an interesting form of expression around middle school. I saw a TV program that reported on a production studio and was shocked to realize that while the pictures look like they’re moving, they’re actually drawn one page at a time. Around high school, I realized that making animation is an actual job and thought it sounded interesting. I didn’t immediately want to become a director, but step by step, I suppose, it started to look more interesting and I thought about moving in that direction, and I gradually got to this point.

AD: Tsuneo’s desire to swim with a particular fish in Mexico is a very distinct dream. Was that in the original short story? Where did that idea come from?

Kotaro Tamura: That part of the story wasn’t in the original. In the novel, after Tsuneo graduates from college, he starts working at city hall. We realized that for a feature length film we’d have to dig deeper into the drama of Tsuneo’s life too, so we traded ideas about that in our script meetings. One large factor behind Tsuneo’s diving was the fact that (Sayaka) Kuwamura, the screenwriter, is also really interested in diving. The idea to use the clarion angelfish came from Kadokawa producer Kasahara. Tsuneo’s dream is different from something like what job he wants when he grows up, so it might even seem a little childish, but it also gives us a peek into the innocent side of his personality.

AD: Josee’s sliding down in her wheelchair had a lot of wonderful movement of her body as well as the chair. How were those scenes crafted?

Kotaro Tamura: Thank you very much. Including that scene, none of the wheelchair animation was straightforward. Since wheelchairs move by spinning the wheels, they can only move like they’re on rails. At the same time, a character riding it can turn this way or that, and otherwise move around freely. It’s really difficult in animation to make a person and a wheelchair move together, since they move in totally different ways. Especially in scenes that show a person struggling or flailing in a moving wheelchair–that kind of portrayal is so difficult it makes animators want to scream, “don’t do this to me!” We mostly used 3D computer graphics for the wheelchairs, but the sessions with character animation were really difficult, and we had to think carefully about how much 3DCG to use in every shot. In some parts, we did the whole character in 3DCG; in others we did only the wheelchair in 3DCG. In others, we just used a guide and drew the wheelchair entirely by hand. These technical hurdles might be a big reason why it’s so rare in animation to see lead characters in wheelchairs.

AD: There was some time between projects. 2015 was your last anime before this film. Were you doing other work during that time and do you have any other projects on the horizon?

Kotaro Tamura: I’d like to take on another movie, but to be honest I’m still exploring ideas. In the time between projects, I helped with other directors’ TV shows and made commercials and shorts while figuring out what to do next. From the planning stage to completion, Josee, the Tiger and the Fish took four consecutive years to make. It was five years after my previous project, Noragami Aragoto, so as a director I guess I’m a slow starter (laughs). I’m always grateful for everyone’s patient support.

AD: Are there any final thoughts you would like to leave our readers with?

Kotaro Tamura: The original story was written in 1984. Today, the social circumstances surrounding people with handicaps have changed greatly. While Josee has a handicap that you can see, I think that everyone carries something like that in their hearts, whether big or small. In this movie, I tried to think of a response to the original story’s theme that imagined how things would be different today. Just as Josee opens doors to a new world, I would be thrilled if this movie can inspire everyone to face their own ‘tiger’ and ‘fish’ and take a step in a new direction in life.

Predictions Friday - When Picture, Director, and Screenplay All Line Up