How do you predict the 2022 Golden Globes?

Actually, in some circles, you don’t at all. You ignore them. Pretend they don’t exist. Until next year, when after making extensive strides at improving their public image, they will reappear on NBC. When the champaign and stars flow like manna from Heaven. When there will be no COVID. When audiences gossip about this slurred speech or that stunning gown. When we will again anxiously await the opening of their envelopes.

I know. I’m being totally naive. Will COVID really go away in a year? Will Hollywood really forgive the HFPA? Hard to say right now which is more likely to happen first…

At any rate, predicting this year’s Golden Globes is really like shooting the proverbial dart at the dartboard. We have no idea what studios have done behind the scenes in dark rooms to court the HFPA. They very well have taken strides at courting votes, but no one would admit to that publicly. So, we’re left to try and guess what a group of international voters (around 15% of whom have never voted here before) think about the best in largely American television.

Will they crown Squid Game or Succession as the best drama on television? Will they go for Only Murders in the Building or newly crown Ted Lasso? Do they love Kate Winslet enough to give her yet another Globe and bring Mare of Easttown along with her? Or will Netflix take home a trophy for Maid? Can Jennifer Coolidge, who once looked like she was going to win every supporting award for her hilarious performance in The White Lotus, overcome the absence of the series in the Limited Series race?

These are all questions we have pondered and asked ourselves for weeks now. We’ll finally find out Sunday night starting at 9pm ET / 6pm PT while we all furiously refresh the HFPA’s website or Twitter feeds to see the latest winners (given that they’ve avoided any kind of televised or streamed ceremony).

Until then, here are our best attempts at predicting what seems particularly unpredictable this year. 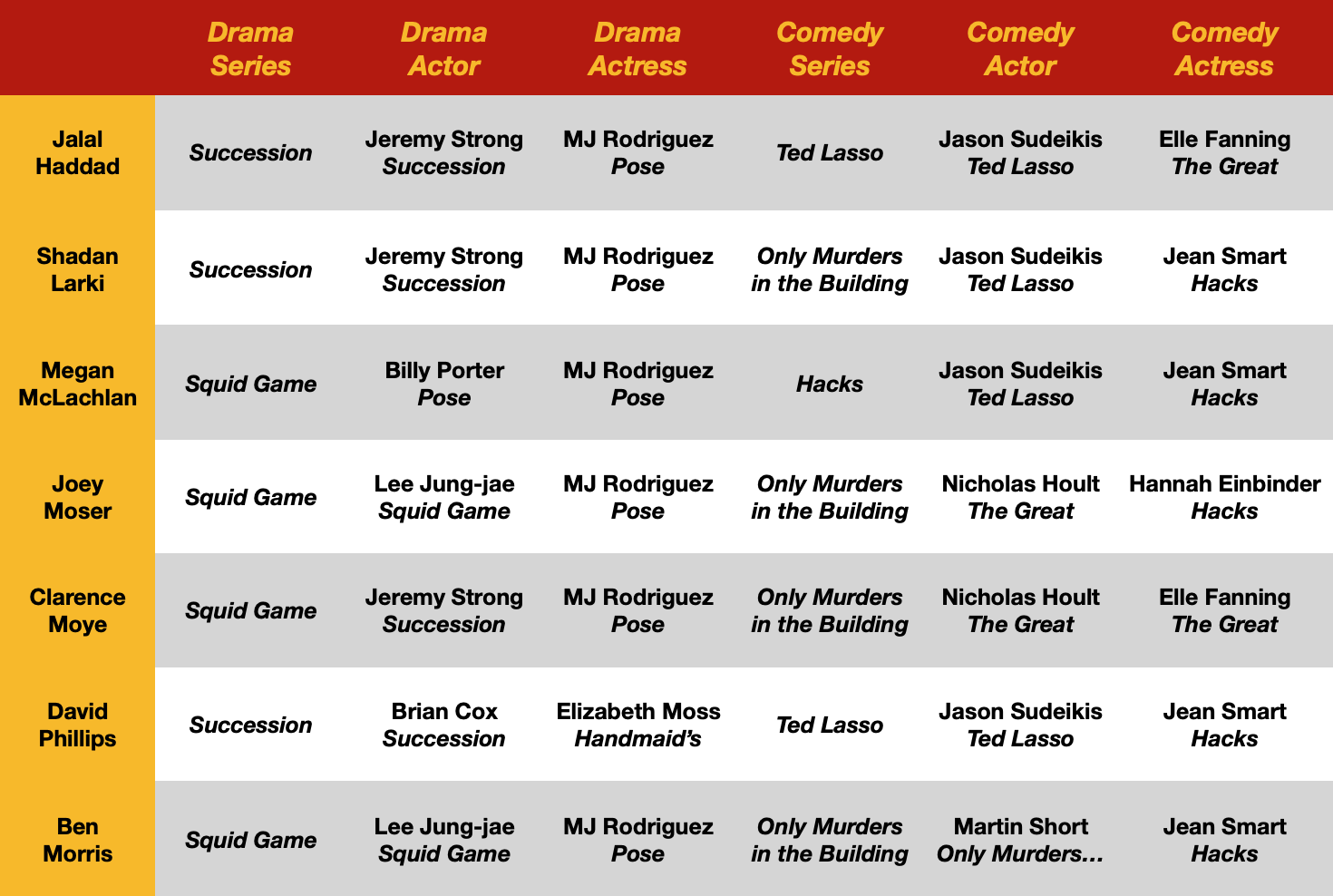 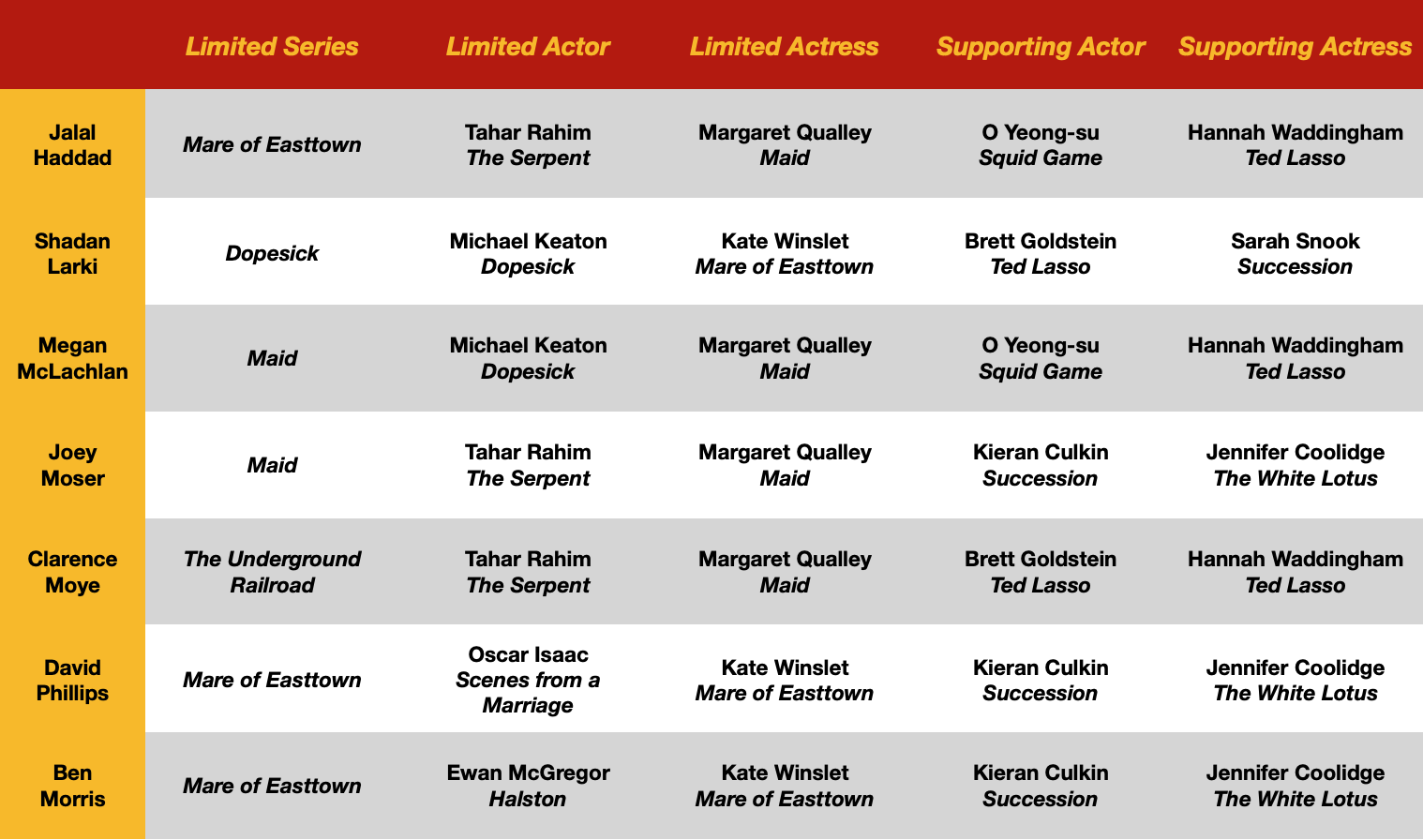