The SAG/AFTRA Has Spoken: STARS, Big and Bright and Filling up the Sky

The SAG-AFTRA added their picks into the mix this morning, and the results were fairly shocking if you imagine we who micromanage this race actually have some say in the results. But when it comes to the Screen Actors Guild and AFTRA nominating committee, it is completely unpredictable. You just don’t know what you’re going to get out of a membership of roughly 100,000 settled all over the country, maybe the world. They randomly select them, and if they have criteria it’s a mystery to me. They might. I don’t know. All I know is that they randomly select 2,000 members.

What I notice off the bat here is “availability” of movies to see:if they play on Netflix or if they were widely seen, like Respect or House of Gucci, they had a better shot of landing. Netflix has clearly run the table here because all of their movies are readily available for anyone who subscribes, which is mostly everyone. So you don’t have to sweat getting screeners to them. Anything that was already on streaming would be seen. Anything not on streaming would be slightly harder to be see — like West Side Story, for instance, which shockingly missed in ensemble and for Best Actress for Rachel Zegler.

The second thing I notice — the most glaring thing — is that they went all-in for the biggest stars in the industry, choosing even Bradley Cooper’s (great, no doubt) under five-minute performance in Licorice Pizza. It’s hard to complain about that because he really is JUST SO GOOD in the short amount of screen time that he has, but it’s hard not see these nominations as kind of what the Golden Globes used to be (and still sort of are) — a magnet for very big stars.

Heading into the show, we will have both the casts of Don’t Look Up and House of Gucci. I mean, that’s like most of the A-list in Hollywood. You got Meryl Streep, Leonardo DiCaprio, Jennifer Lawrence in Don’t Look Up, and in Gucci you’ve got Lady Gaga, Al Pacino, Adam Driver… and, yes, nominee Jared Leto. So what we can count on is a star-packed show, which is a good thing considering the ratings being in free-fall of late. Dress them all up, make them look as glamorous as possible, keep the politics out (if possible), and you might salvage the whole industry.

The SAG-AFTRA giveth, and the SAG-AFTRA taketh away. Alas, our beloved Kristen Stewart was left off of this list. I do believe that she will make it into Oscar’s final five, as the SAG isn’t everything. I will post the big chart below and you can see how many have still gotten into Oscar without SAG. But it’s harder to WIN without a SAG nomination. The only time we have that is when Kate Winslet won for The Reader, but she was in supporting for The Reader that year at SAG. If she gets in for Oscar, someone will have to zotzed from the list and that is going to be incredibly hard. I myself have been championing Hudson for all of the reasons I’ve stated here in the past. Her performance impressed me and stuck with me. I also think if she had been submitted in Musical/Comedy at the Globes, she’d have gotten in (but I do not know if she was or not).

Hudson also made the BAFTA long list, as did Stewart, and when the final five come from that, we’ll have a better idea of how it will go. It is an incredibly competitive year for Best Actress, and logic tells us that Hudson will be the one dropped. I hate it that it could come down to being between Stewart and Hudson: to me, that feels like a Sophie’s Choice. But either way, I am grateful that Hudson at least made the SAG nominations today.

Will Smith has the clear lead here, with King Richard coming on incredibly strong. Javier Bardem from Being the Ricardos took Peter Dinklage’s place from Cyrano, which I guess surprises me. Best Actor is always competitive, and since it’s tied to Best Picture it always comes down to which movie they liked the best. This season has seen Cyrano struggling to find support. It’s funny that we come out of Telluride thinking certain movies will do really well, but then once the awards start trickling in the results can be surprising. I find I am often wrong when I use certain criteria to predict how voters will react to movies. With SAG-AFTRA, you just have no idea who is getting those nomination ballots. They range from working actors in film to people who report the news on television. 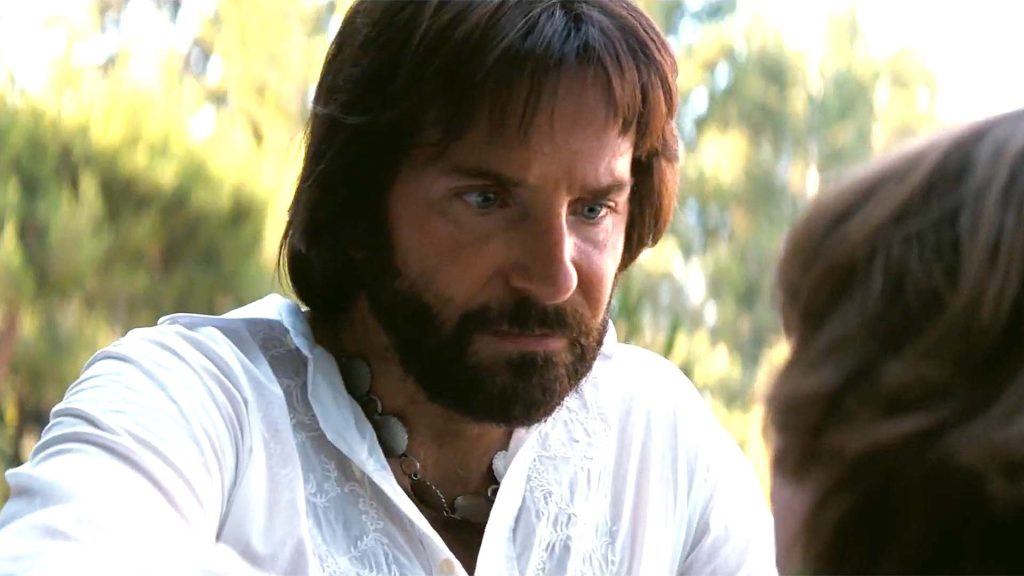 The Supportings categories appear to be locked? At least right now, Supporting Actress is easily Ariana DeBose’s to lose. Supporting Actor also appears to be Kodi Smit-McPhee’s to lose. But we still don’t know whether the Globe wins will hold steady or not. We assume so. Troy Katsur is also, I think, a strong contender to win the whole thing. At SAG, I could see Bradley Cooper taking it on star power alone, ditto with even Jared Leto. And we finally saw some love for Nightmare Alley with the Cate Blanchett nod. A very deserving nomination, even if ensemble would have been great there too.

I would have bet the farm on West Side Story winning this, but it didn’t get a nomination, which could have come down to access (although we do not know why). We used to be able to track Best Picture with ensemble, but that has shifted in the last five years or so, with The Shape of Water, Green Book, and Nomadland all winning without an ensemble nod. Does it have to do with AFTRA somehow? Does it have to do with the criteria they use selecting the nominating committee? That is not known. All we do know is that SAG ensemble has been decoupled from Best Picture.

At the moment, any of the five could win. I could see, for instance, Don’t Look Up and House of Gucci splitting their own vote and handing the win to, say, CODA. I could see the cast of CODA getting a standing ovation at the ceremony — I mean, can you imagine? I can. I would probably weep just seeing that. I know, I hate myself.

When Parasite won, I always figured that The Irishman and Once Upon a Time in Hollywood split their own votes, allowing Parasite to dominate. But who knows if that is right.

It doesn’t make much of a difference that The Power of the Dog was left off ensemble, since its three main actors were all nominated. It certainly doesn’t hurt its chances. The big test will be to see how it performs at both BAFTA and the Producers Guild.

Well that was fun, huh? Here are the charts. Thanks to Marshall Flores for helping me clean them up.

We’re only going back to the start of the current expanded ballot era. But since SAG merged with AFTRA around 2012, if you’re going compare their histories you should only go back that far. 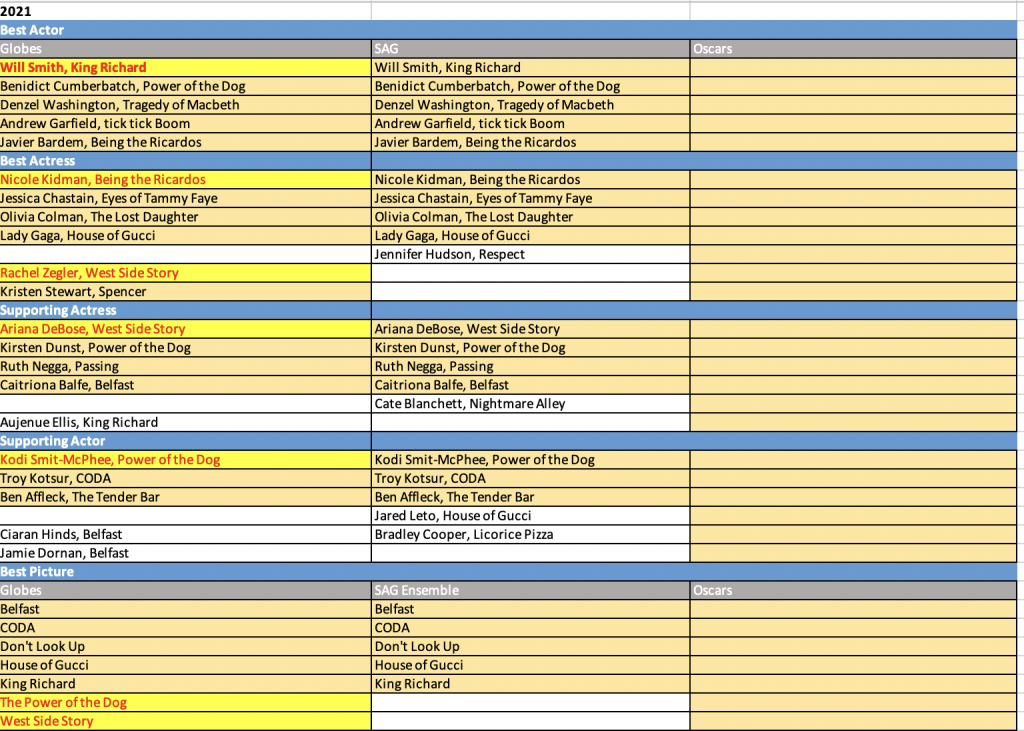 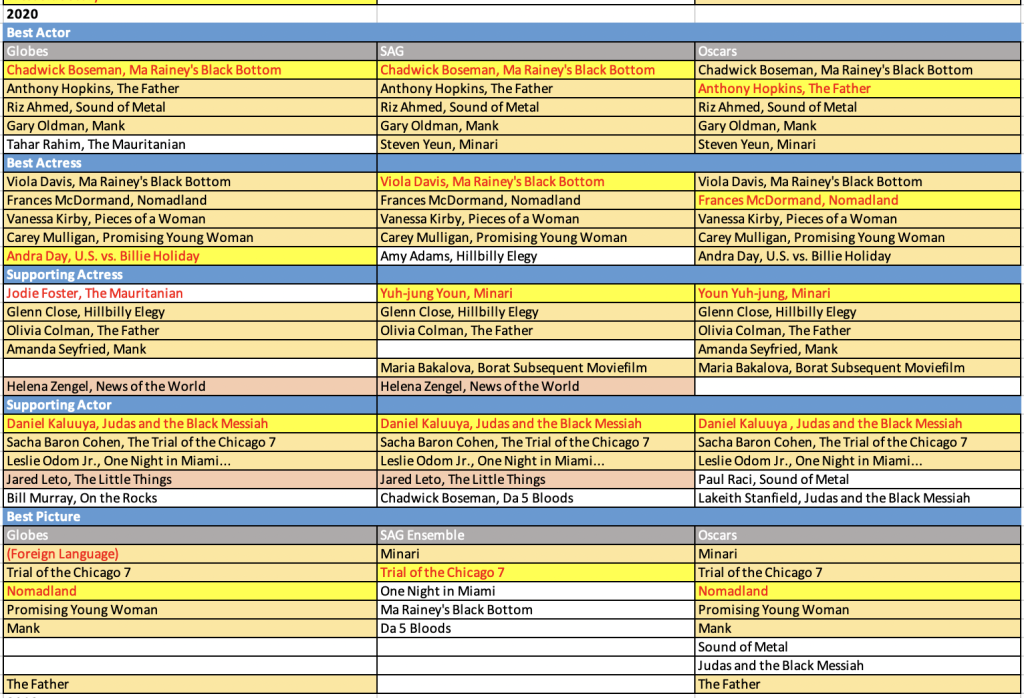 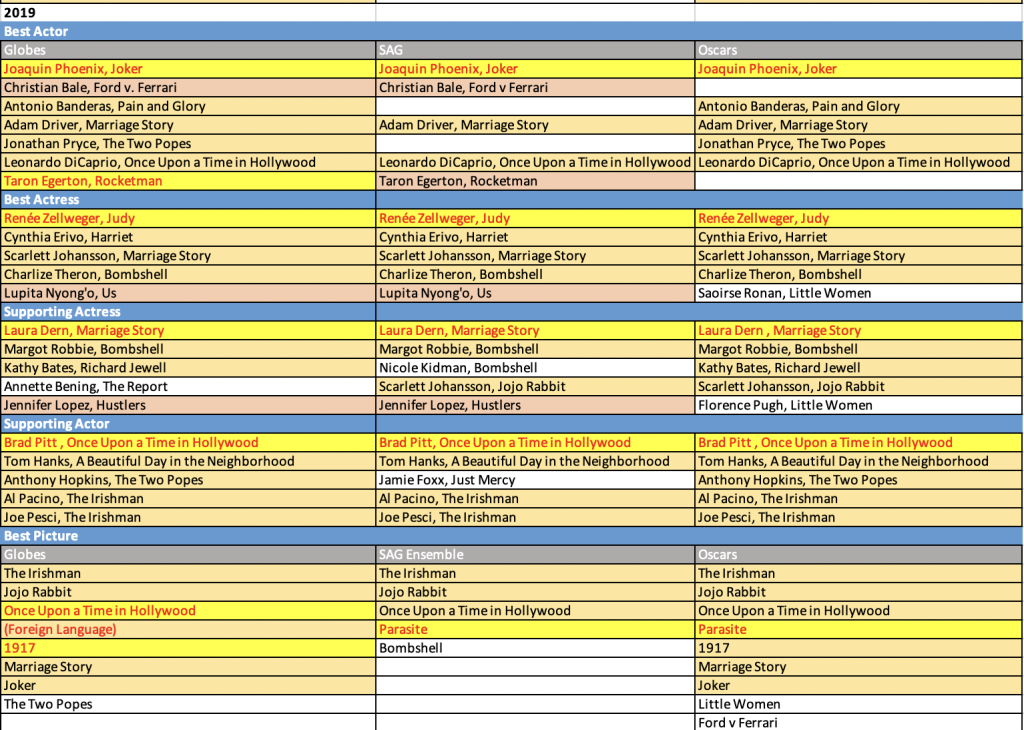 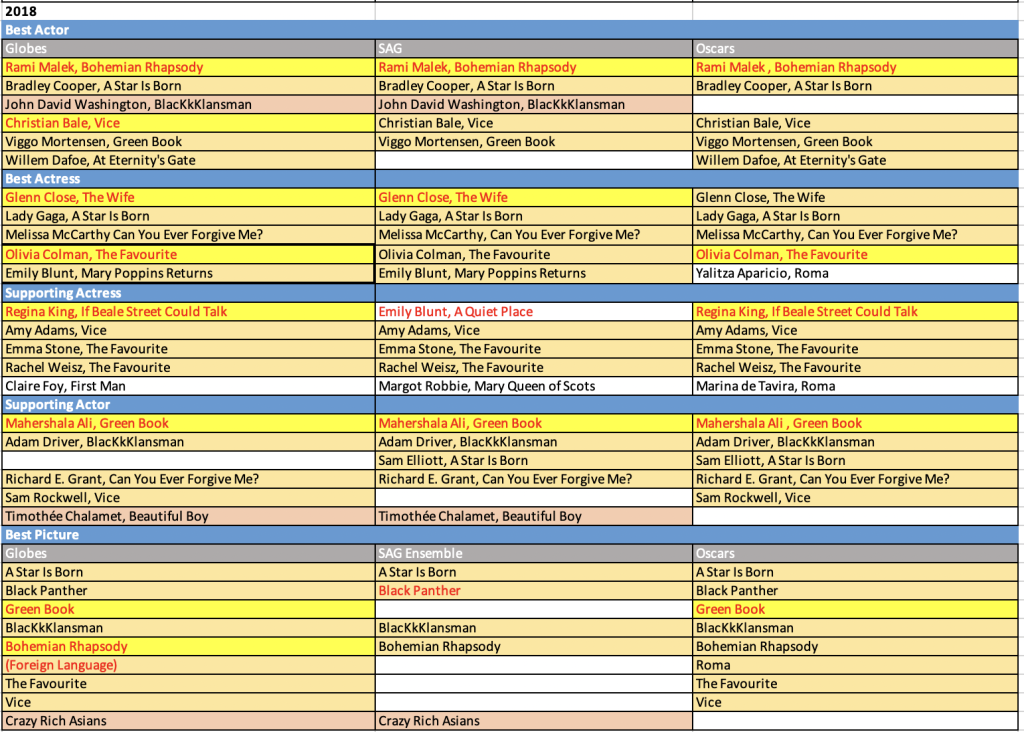 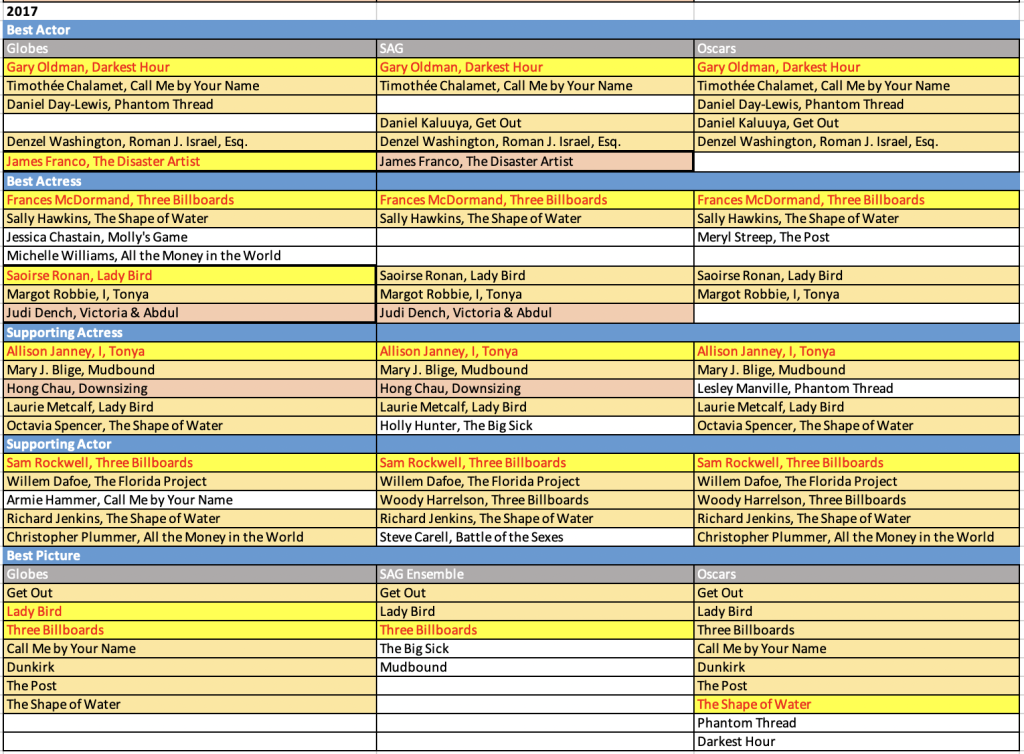 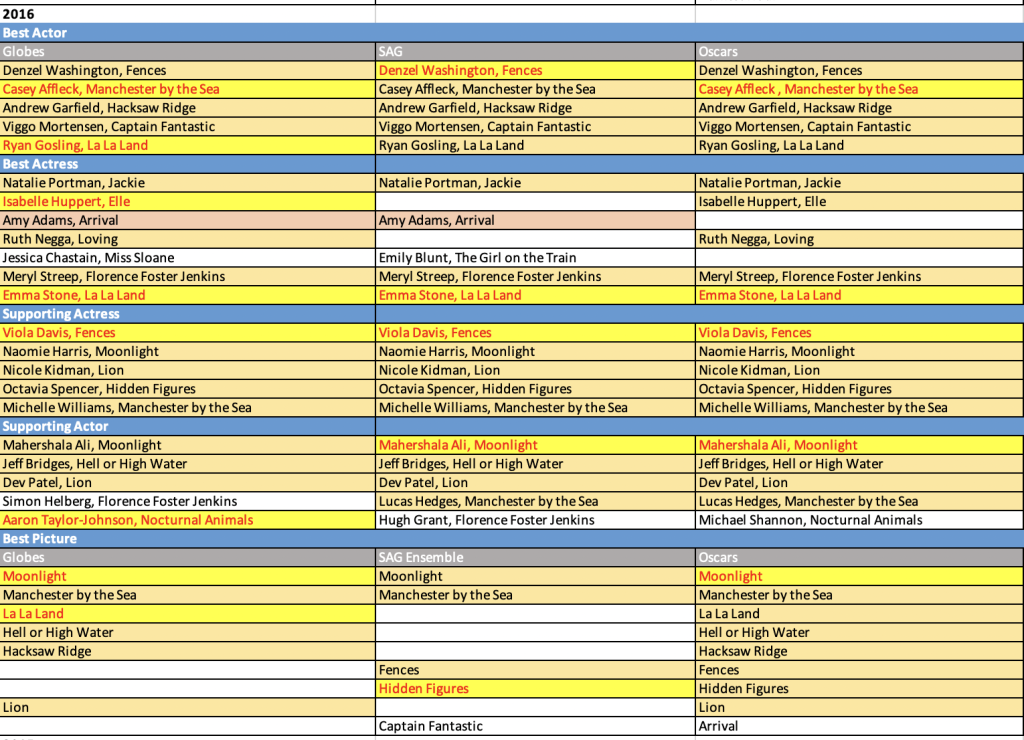 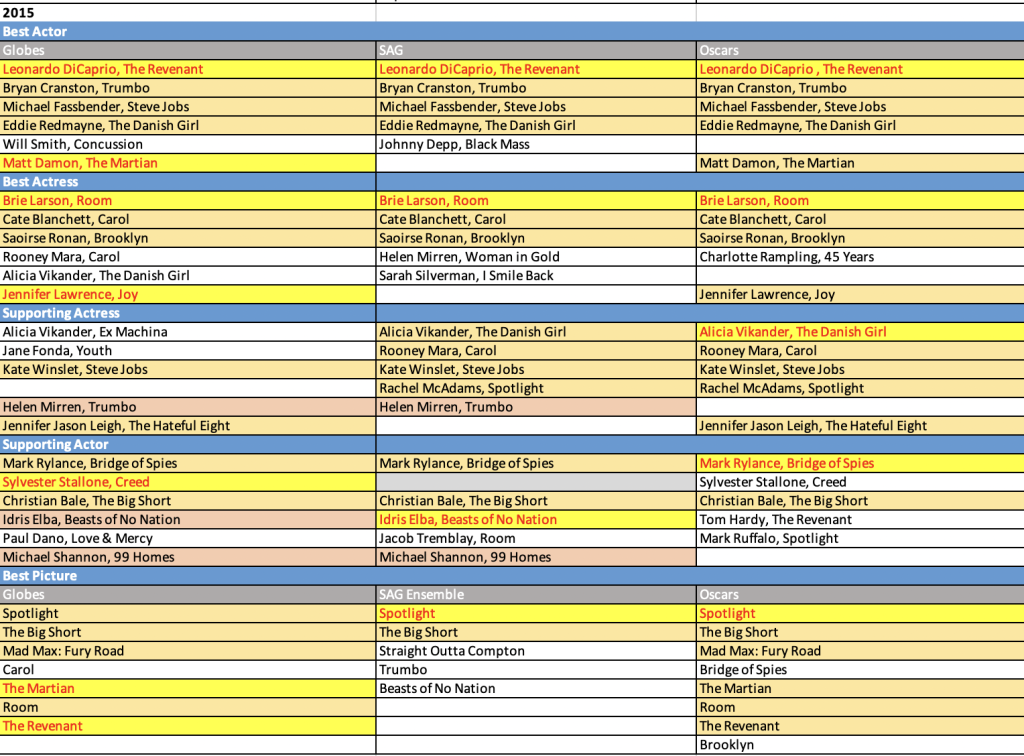 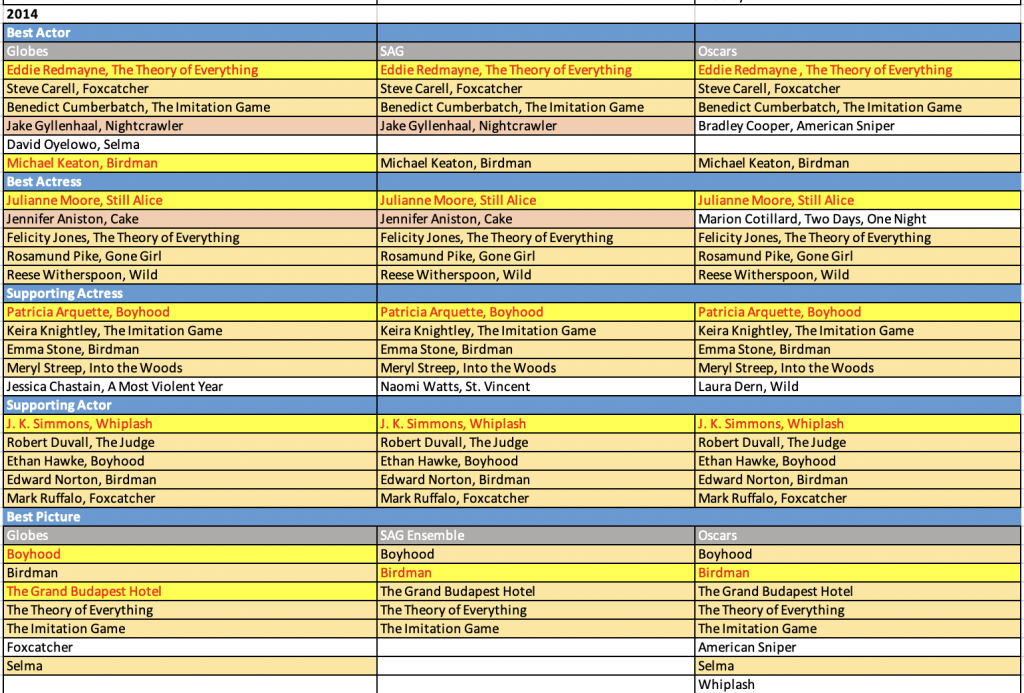 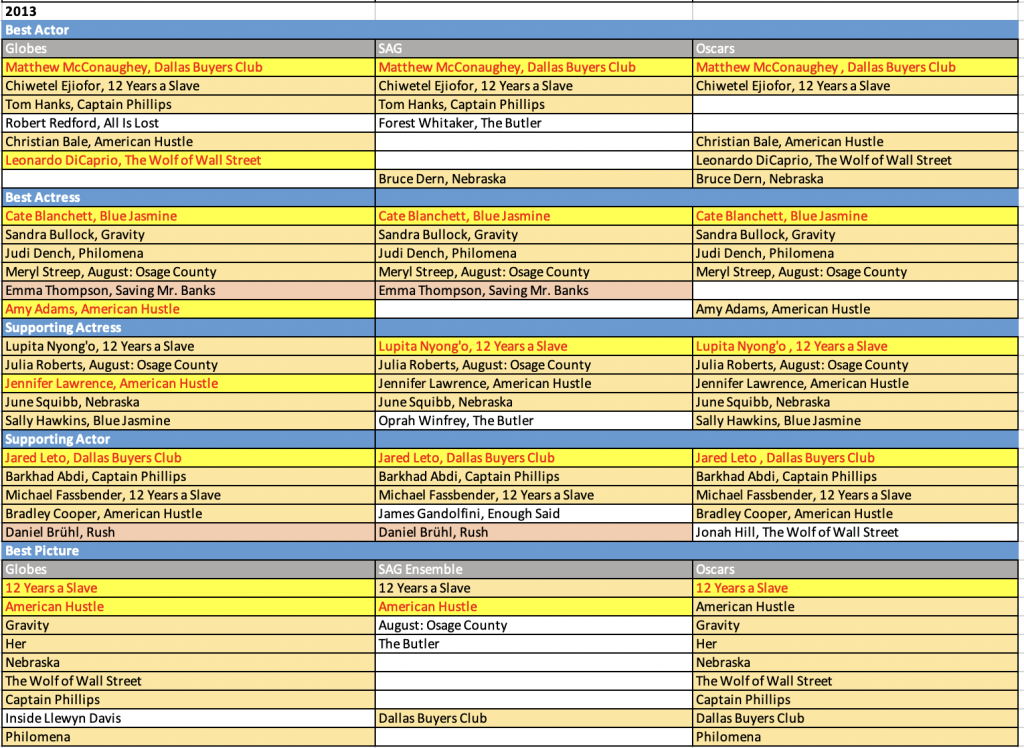 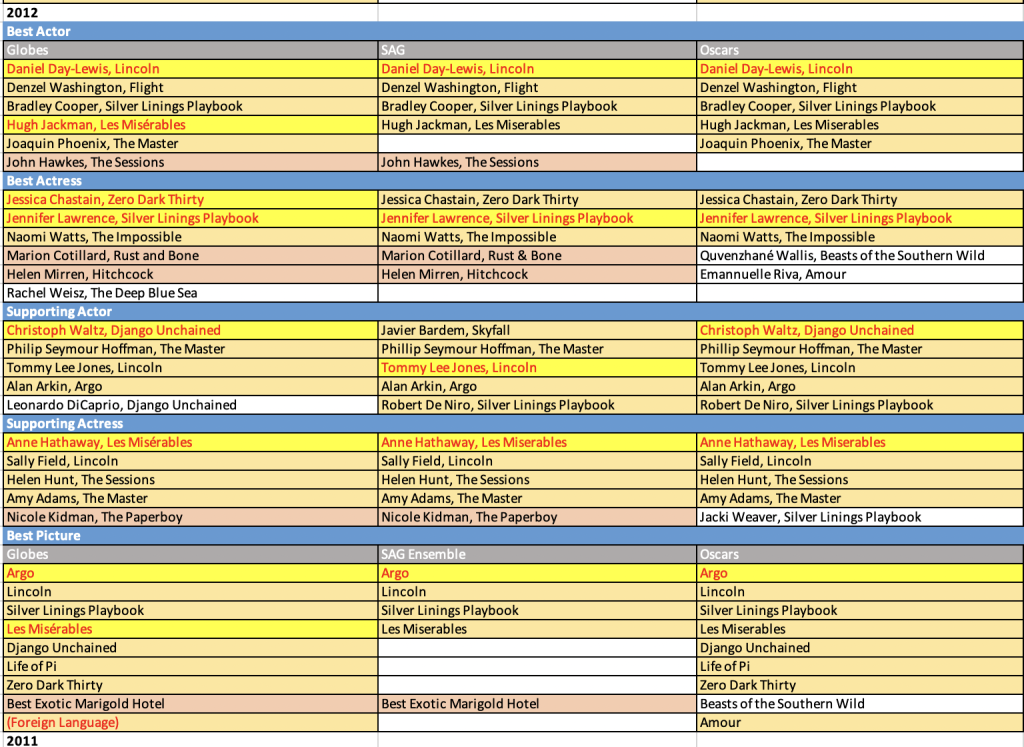 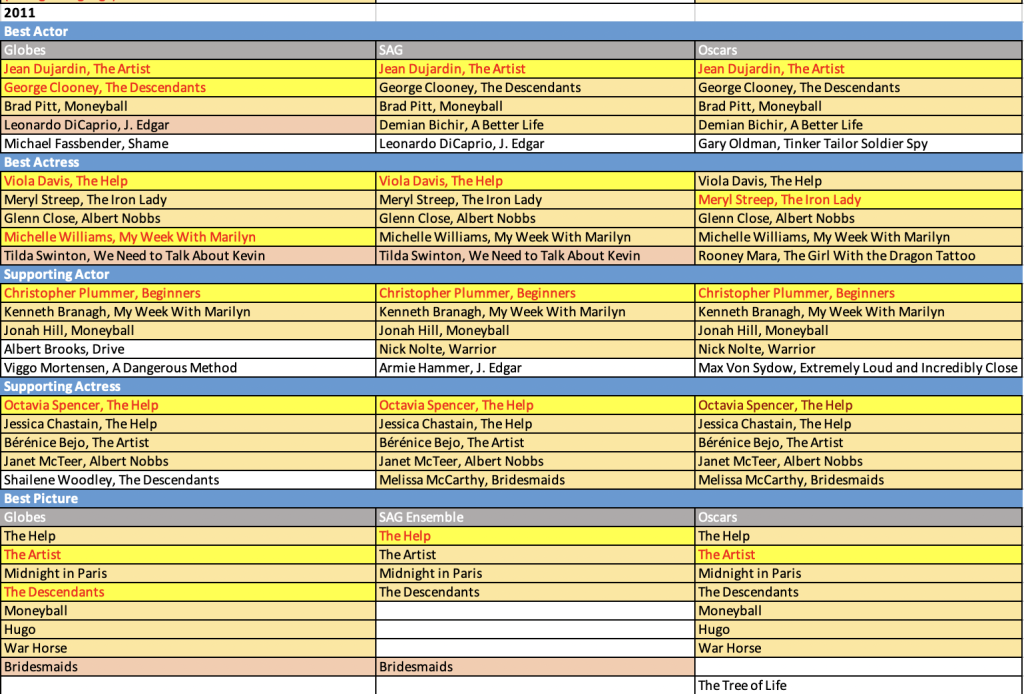 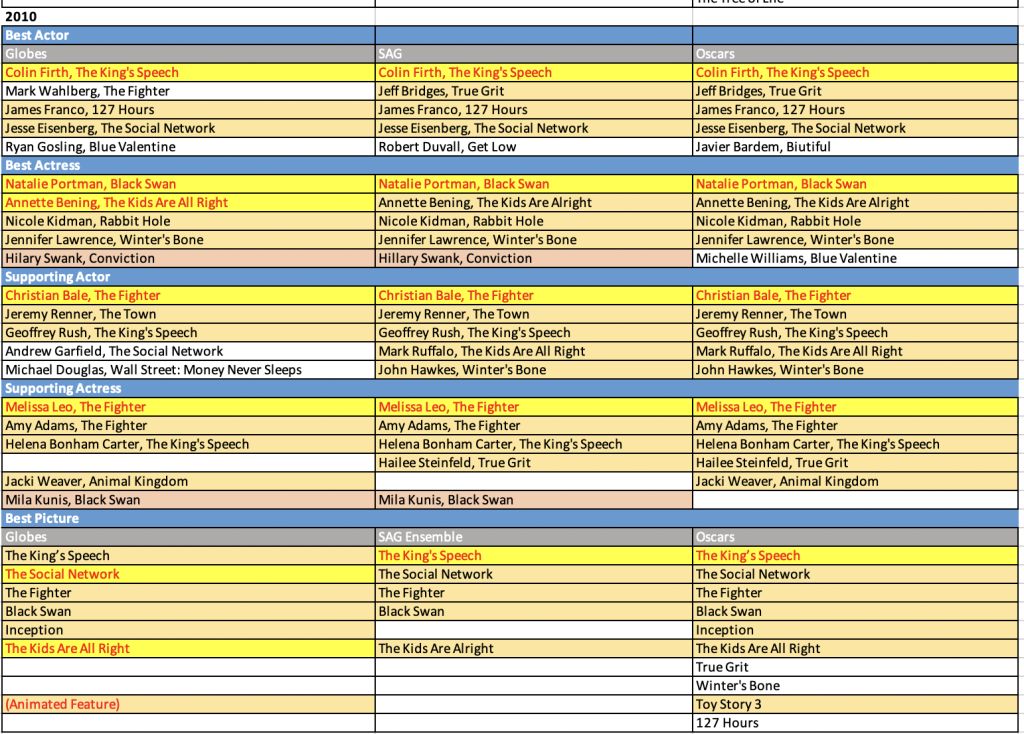 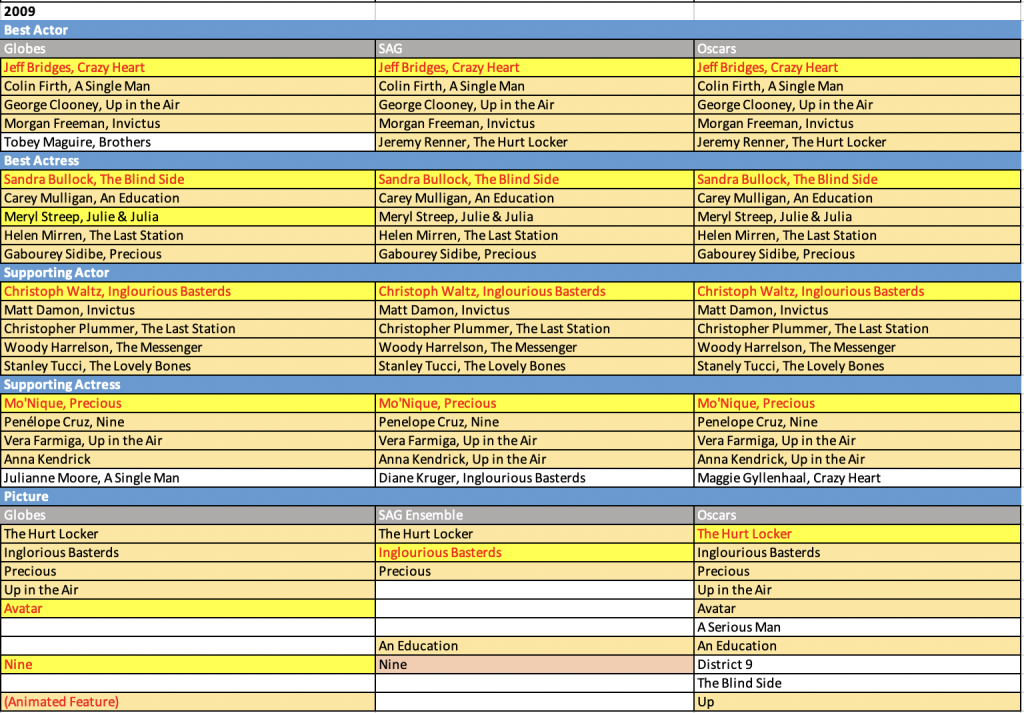