The first season of Showtime’s Yellowjackets succeeded in part because of its incredible cast. The chemistry of Juliette Lewis, Tawny Cypress, Christina Ricci, and Melanie Lynskey is key to the show’s success, so it’s natural to wonder who might be joining for the sophomore season. Could there be more survivors that we haven’t gotten to know yet? More high school students who are obsessed with the soccer team? And who the heck is in Lottie’s cult?!

I kept trying to think of actors and talent who might hit that mid-1990s sweet spot. I don’t think that huge name talent would blend together very well with the show’s grounded, grimy feel, so don’t expect any massive stars. Obviously, spoilers abound, so please don’t get mad at me for clicking on this post without finishing one of the best shows of the year. 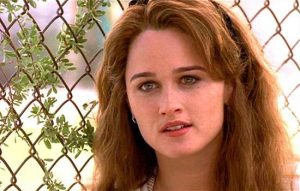 Robin Tunney as Jackie
Is Jackie really dead? Could there be a possibility that Lottie’s visions/powers/sacrifices could bring her back to the fold? Our very own Megan McLachlan, a rightful Yellowjackets obsessive, has her own theories (follow her and send her a DM!), but Jackie is a clear fan favorite. Did the show kill her off to simply raise the stakes for Shauna and break our hearts in the process?

A lot of Reddit users have been pointing out that Robin Tunney would be the perfect adult Jackie, and it’s hard to argue with that. The eyes are almost exactly the same. One of Tunney’s breakout roles was in 1996’s The Craft, so it’s easy to see Tunny’s mug in the opening credits and going toe-to-toe with the rest of the main cast. But Jackie’s dead. Right? She’s dead…and not coming back? 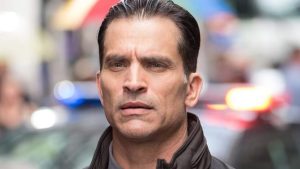 Jonathan Schaech as Coach Ben Scott
This might be a selfish pick, because Jonathan Schaech has dreamy dimples…and Coach Scott is still pining for Paul. Could Yellowjackets cast Schaech just for my own selfish benefit? Since the soccer coach has lost most of his leg and Misty might definitely kill him, I might have to settle for Schaech’s casting in my head. Or maybe Showtime should just cast me as Paul in flashbacks? Can that happen? 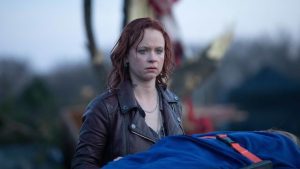 Thora Birch as Van
Thora Birch hasn’t been around as much as she was in the late 1990s and early 2000s (go watch Ghost World, you lousy Gen Z-ers!), but she would be a perfect addition to the cast. Bonus points for a potential Now and Then reunion with Ricci.

We haven’t seen Van in the present day, so it’s unclear whether she makes it out alive. Hopefully, getting mauled by wolves will be the biggest violence against her for a while (are the wolves real?!), but this casting is actually my biggest hope. Birch was most recently seen on The Walking Dead, and she was supposed to co-star in Tim Burton’s Netflix series, Wednesday.

Birch was a big star all throughout the 90s (obnoxious Hocus Pocus lovers, unite!), so she would be a welcome addition to the cast.

Who the heck has suggestions for Lottie…
The role of Lottie might be the trickiest to finalize. The last few moments of the season finale confirm that she is alive, and that she is dangerous. She clearly has other people working for her, and her quiet manipulation is one of the most unsettling aspects of Courtney Eaton’s performance. Is Maggie Q too famous? It’s important to note that Eaton is a New Zealand actress who is of Chinese and Māori descent. If they don’t go with an established actress, it would a fantastic opportunity for a breakout.

One of us…one of us…let’s add some members of Lottie’s cult! If Lottie has a legion of followers, why not add a few familiar faces from the mid-90s to round out the cast? A lot of these women could play against type to achieve some success.

Neve Campbell is one of the more familiar faces in this bunch, and she is the definitive scream queen of the late 90s. Gaby Hoffman is always a performer who goes for broke, so maybe she could be Lottie’s right hand? Emmy nominee Jurnee Smollett was introduced to a lot of audiences in Full House, so it would be amazing to see her take on a beefy role since HBO unjustly canceled Lovecraft Country. Marla Sokoloff was a go-to bad girl in the 90s. Maybe she could return to those roots? Amandla Stenberg wasn’t around for this particular time period, but she’s one the most promising actresses of her generation. Maybe her devotion to Lottie started as a youngster?

Who would you cast in Yellowjackets‘ second season? Like any of our suggestions?

Peter Jackson Documents the Chaos and Creation of "Let It Be" in 'The Beatles: Get Back'