Academy Award winner Robert Mackenzie (Hacksaw Ridge) returns to a collaborative partnership with director Jane Campion in Netflix’s The Power of the Dog. After working with Campion on her acclaimed television series Top of the Lake, Mackenzie returns as the supervising sound editor for the critically acclaimed western starring Benedict Cumberbatch, Kirsten Dunst, Kodi Smit-McPhee, and Jesse Plemons. Here, in an interview with Awards Daily, he dives into the intense detail of how the film truly lives in its quieter moments, helping to accentuate the story and its characters. He also shares his happiness about how many people have responded to the film’s sound as well as the joy of repeated collaboration with directors and the strong bond between sound editors all over the world. 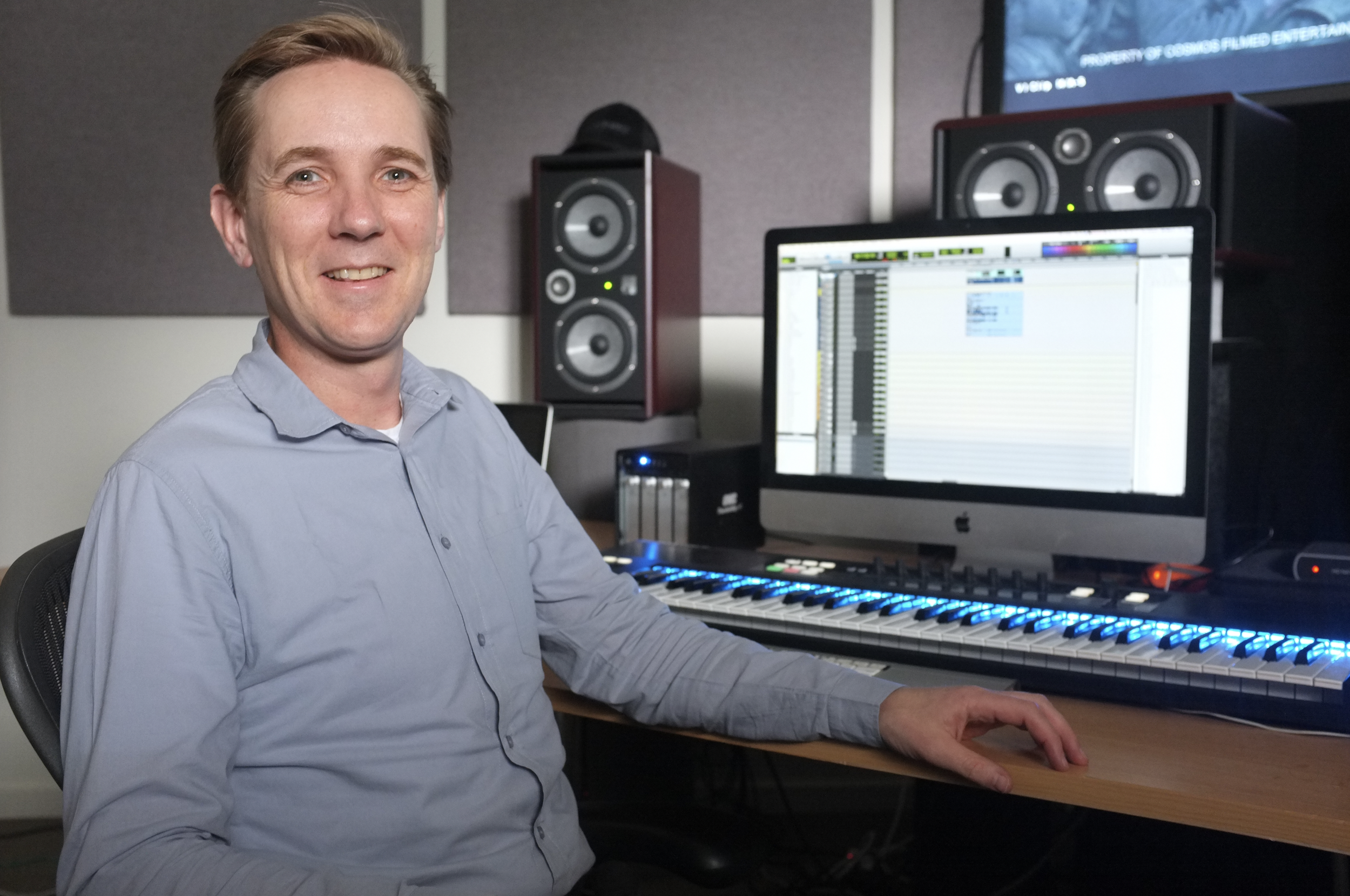 Awards Daily: What was it like working with Jane Campion again? Was it different from working with her on Top of the Lake?

Robert Mackenzie: Not really, I got the call quite late to work with Jane on Top of the Lake towards the end of the process to finish the final mix and have that wonderful experience of being in Jane’s world. I think the remarkable thing about working with Jane is her endless curiosity. Even though she has made so many great films she comes into her new project like she has never done it before so she’s got lots of questions. On Top of the Lake, it was what are you going to bring to the table Robert and how does that work? It’s a process of discovery for her and then also a process of discovery for me because I am rethinking what I do and why I do it. So the two projects were really similar in that way, because Jane came into The Power of the Dog with the same sensibility, that same curiosity of what sound is going to bring to the film, and I think when the director comes to the process with that mindset it has everyone on the sound team question why we do it and how what we do contributes to the film end of the story.


AD: One of the most memorable sounds is Benedict Cumberbatch’s whistling. What went into creating that and using it in the film?

Robert Mackenzie: That was something that Jane and Ben worked on well before I became involved, that was a script-level element. Ben did a lot of preparation for the role. He learned how to whistle, ride horses, do all sorts of ranch stuff, and play the banjo. I don’t think Ben was a natural whistler but he learned how to do it.


AD: With mentioning the banjo there’s a lot of live music within the film: Benedict playing the banjo, Kirsten Dunst playing the piano, and I saw that you were also a composer of music. Did that help you in that process and recording that?

Robert Mackenzie: Definitely! Benedict learned to play the banjo but the pieces that Phil plays are really quite advanced and nothing that he’d be able to learn how to play. We have a professional banjo player come into the studio and work with Jane, Peter Sciberras and myself to overdub all the banjo parts. It was an extraordinary process Jane went into great detail with the banjo player to get those performances. I don’t think you would be able to tell in watching the film, but they are all post sunk banjo parts much like doing ADR replacing dialogue.


AD: So much of the film plays with the quiet moments as much of the loud moments of the ranch life. What discussions were done in finding that balance?

Robert Mackenzie: That process of discovery, a lot of our discussions and early work with Jane was about the exterior world of Montana, creating that depth and that expanse in the landscape. So we did a lot of work with winds, the perspective of winds, the different sounds of winds whistling around the sides of the house, through the door, and the sound of the wind inside the ranch. Then expanding all the way out to the far distant horizon with the wind. So that is where we started and then, as we worked more and more on the film, Jane really focused in on the close details and that became a real signature sound of the film I think. The way we could amplify the subtle detail of Peter’s jeans, fingers through a comb, the braiding of the rope, or the polishing of the saddle. By macro focusing on those sounds that somehow gives you an insight into the character as well. The amplification of those details tells you a lot about Phil and Peter. The delicate sound of Peter making the flowers and also the surgical detail with a scalpel, and Phil with the sound of his boots. All of these sounds give you a different perspective on the character and bring you closer to the character.


AD: I saw you did the most recent Mortal Kombat movie and I’m curious if you are a fan of the video games?

Robert Mackenzie: You know what, I’ve never played the game, but we did a lot of research into the sound of the game because we really wanted to reference them. Our mission on that film was to honor the legacy of the games and make sure that we were paying homage to the sound of the game. Thank God for YouTube. There is a lot of footage on the internet of the different iterations of the game and how the different sounds of the characters have evolved over time. The different sounds of Sub Zero or Scorpion, and it’s really important that we understand the lineage of that. I am certain there are plenty of people on the internet who would disagree, but from the comments I’ve read it seems we have faithfully represented the fans.


AD: Looking over your filmography, you’ve done shorts, documentaries, features, television. What gets you interested in a project?

Robert Mackenzie: The Power of the Dog is a really good example. It’s the process. The more I do this the more I do it for the process. The end result is fantastic. We are always working towards that but working with the director, working with the editor, working with the sound team. That’s really what at the end of the day keeps me coming back, and what interests me in a project. Working with the same director again is a really big thing for me, I am lucky enough to have some great relationships with directors. I do a lot with Wong Kar-wai, I have worked with him since the early 2000s. I think that with all the directors that I’ve worked with I enjoy repeat experiences because the more times you do it the better it gets and you get better results. You understand their sensibilities so much better, they understand you so much better, and you can dive a lot deeper once you’ve had repeat experiences. Jane is a great example. Having done Top of the Lake, we could dive a lot deeper a lot sooner on The Power of the Dog. If we are lucky enough to have a next time it will be even better.


AD: How much time do you spend on set versus in the studio?

Robert Mackenzie: The film was shot in New Zealand, I’m based in Sydney, so I didn’t go to set at all. I very rarely go to set. I may have gone a handful of times in my whole career. They are two very different worlds. A lot of what we do is world-building. In the case of The Power of the Dog we are creating the sound of Montana for a film that was shot in New Zealand so being on set isn’t really that relevant because all we’re going to capture is the sounds of New Zealand. So it is much better for us to spend our time researching the sounds of Montana and getting into world-building. On set everyone’s very busy with what they’re doing. The few times I’ve been there I really have just been a fly on the wall. They’re really two different worlds.


AD:You mentioned the research into Montana. What kind of research did you do?

Robert Mackenzie: Initially it was the different sounds of the seasons and I was really interested in the wildlife. Because of COVID, we couldn’t travel but in the sound world there are a lot of fantastic sound recorders that are based in Montana. Some of our favorite sound recorders live there and spend a lot of the time capturing the seasons, the winds, the wildlife, so there’s a huge amount of resources to draw on there. Likewise we’re based in Sydney and there are so many unique sounds here that we can share with our sound friends on the other side of the world.


AD: Is there anything you want to leave our readers with?

Robert Mackenzie: Obviously that they go see The Power of the Dog, and I am just grateful that people are noticing the sound. It is not a big action film that sound would traditionally be recognized for. But for whatever reason people are tuned into it and I am just extremely grateful. It’s wonderful to have the opportunity to talk to people like yourself who have listened to the film and somehow connected more deeply with the characters and the story through the soundtrack.

The Power of the Dog streams exclusively on Netflix.