Predictions Friday: They Have the Ballots!

The major nominations for PGA, DGA, ACE, and WGA all dropping all on the same day was illuminating. Since people were voting more or less at the same time, and since they did not have many groups influencing their choices, we got a mostly organic picture of what the industry voters actually like this year. What did it tell us? Well, not that much more than what we already knew. There were no major surprises, I don’t think. Probably the biggest surprise for me was that I thought there would be more of a crossover from SAG ensemble to DGA. But only Belfast crossed over with both guilds; I expected King Richard or Don’t Look Up to do the same. I was also surprised to see Being the Ricardos land on the PGA’s list. And I was surprised that neither Spider-Man: Way Home or No Time to Die showed up at PGA.

But mostly, it was a reminder that the Oscar game is a well-oiled machine by now, even during COVID times, even without audiences. Mostly, those of us who cover the race seems to have cracked the code in figuring out how the race will go. That wasn’t always the case. We’ve all gotten so used to it now that we forget it used to be kind of a guessing game to figure out which movies would be chosen. If you look at the independent scene or at films from other countries, it is still wide open. But figuring out which movies will meet the specific criteria and tastes of voters collectively isn’t that hard anymore.

How is it all shaking out?

Coming in extremely strong is Kenneth Branagh’s Belfast, which hit every major guild except the WGA, where it was inegilible. Had it been eligible, it would have landed there too. That shows strength across the board with every kind of voter. Of course, that doesn’t mean everything when it comes to picking a winner. Plenty of films have hit every group and were well-liked across the board only to go home empty-handed, like The Trial of the Chicago 7 last year, for instance.

It was a surreal way to see the awards all fanned out like a deck of cards. Mostly, there is a consensus that has built up for Best Picture. We’ll take the DGA first:

I figure the next two would then be the SAG ensemble nominees:

Then the PGA adds the next two:

tick, tick…BOOM!
Being the Ricardos

It is very unlikely that this will go 10 for 10 at the Oscars. It might. If it happens any year, it will be this year because voting is all happening at once. If you look at the numbers for these:

The Academy is roughly 9,000 voting members. You’re not going to see MUCH wiggle room here. But the last two slots will probably feature tick, tick…BOOM! and Being the Ricardos battling it out with Nightmare Alley and The Lost Daughter.

Every other year, the Oscars left off the following movies from PGA as they headed for their eight or nine nominees:

When you look at the movies that land in the Oscar race that weren’t at PGA in the era of the expanded ballot, we have:

The only thing to really look at is that in the years where both the PGA and the Oscars had ten each, there was only one film that was swapped out. In 2009 The Blind Side replaced Invictus, and in 2010, Winter’s Bone replaced The Town.

What I see when I look at this list is that actors made the difference in most cases, thought not all. Clearly movies like Selma or District 9 got in for a different reason. Passion likely drove them into the race, but for the most part, all of these had either acting contenders or acting winners.

That means if I’m looking for the movie that might land in BP, I might go for tick, tick…BOOM! because of Andrew Garfield, or The Lost Daughter with Olivia Colman. Then they have to bump a movie, and it doesn’t make total sense that movie would be Being the Ricardos. But it could be. It seems like the weakest link. It’s just that it does show some support here or there. My argument for Nightmare Alley would simply be Guillermo del Toro’s popularity in the industry overall and the film’s large A-list ensemble cast.

Here are my predictions for this week.

Right now, I still feel like it could be a split year with Belfast taking Best Picture and Jane Campion taking Best Director. It could also be Belfast for both, or Power of the Dog for both. I do not feel, at the moment, any other movie has a shot to win (but you never know).

I do think Dune is going to be a monster when it comes to wins. It might be like Mad Max: Fury Road, winning a bunch of the crafts awards.

I do not think that they will go 5/5 with DGA, but I do not know which director to drop if so. I’ll stick with the DGA five for now.

This is still completely wide open. But the showing of Being the Ricardos at PGA does seem to indicate that the film is beloved enough to drive Kidman to the frontrunner status, coupled with her Globes win. Someone has to win the SAG. Right now I see it between Kidman and Jessica Chastain. Kidman would be winning her second Oscar and would be winning on the strength of Being the Ricardos overall. Chastian is the one who is most overdue of all of them and transforms herself the most in terms of makeup and performance. If The Lost Daughter manages to land in Best Picture, then that could indicate a second win for Colman. But right now I feel like Kidman is probably our frontrunner.

Cinematography
The Power of the Dog
Belfast
West Side Story
The Tragedy of Macbeth
Dune
Alt: Nightmare Alley 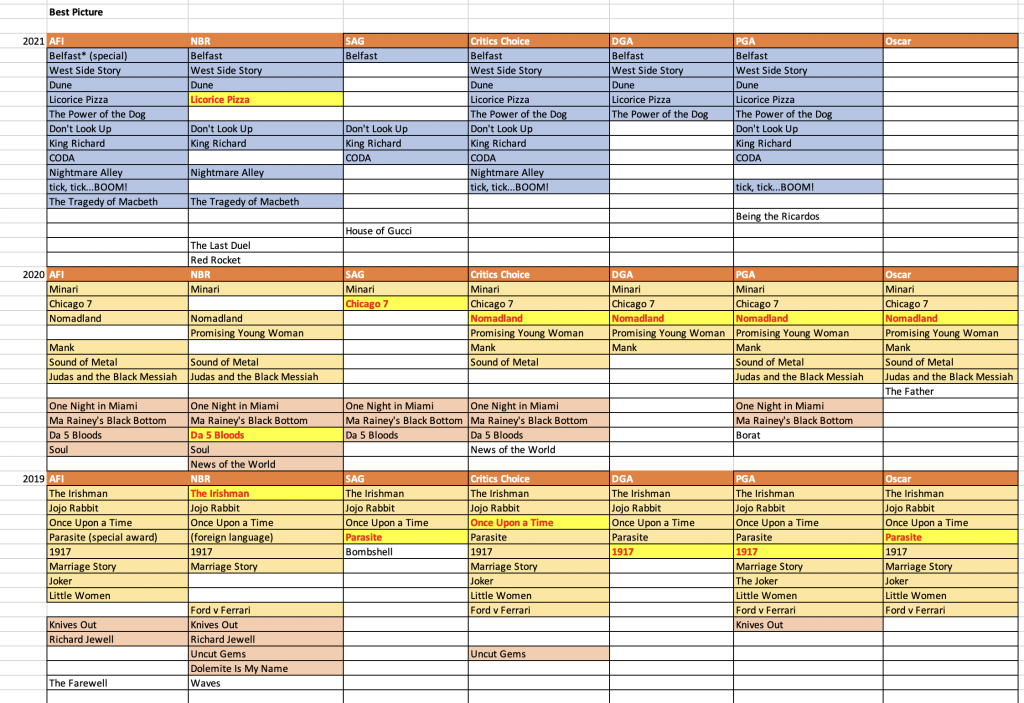 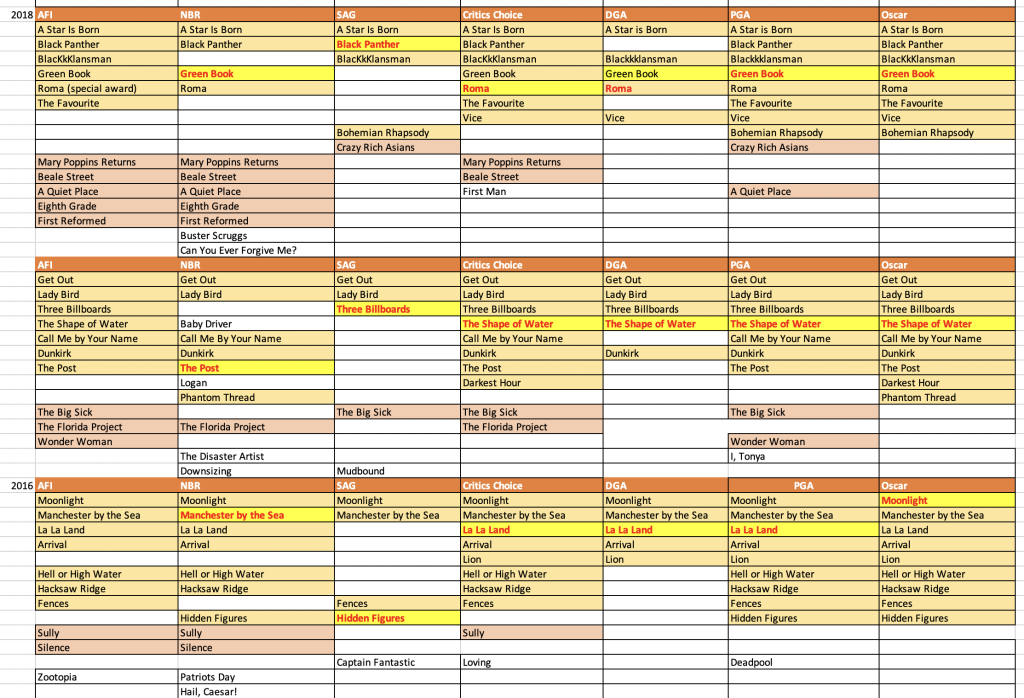 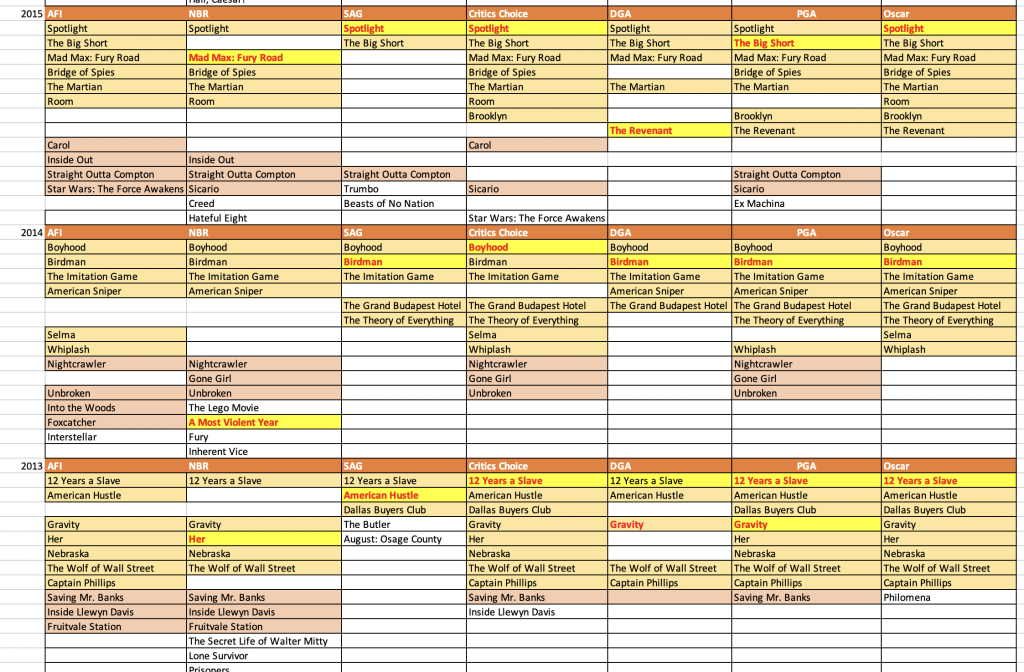 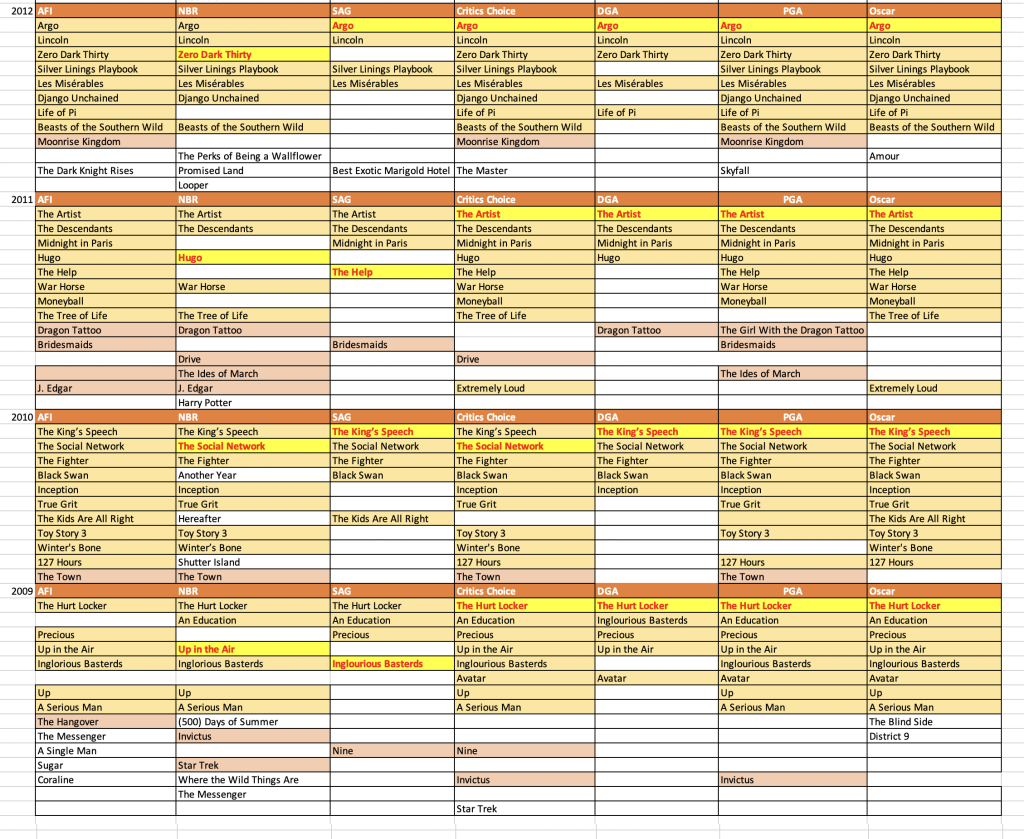 Drawn That Way: Breaking Down the Animated Short Shortlist