Whether you identify as male or female, puberty is a total b… beast. 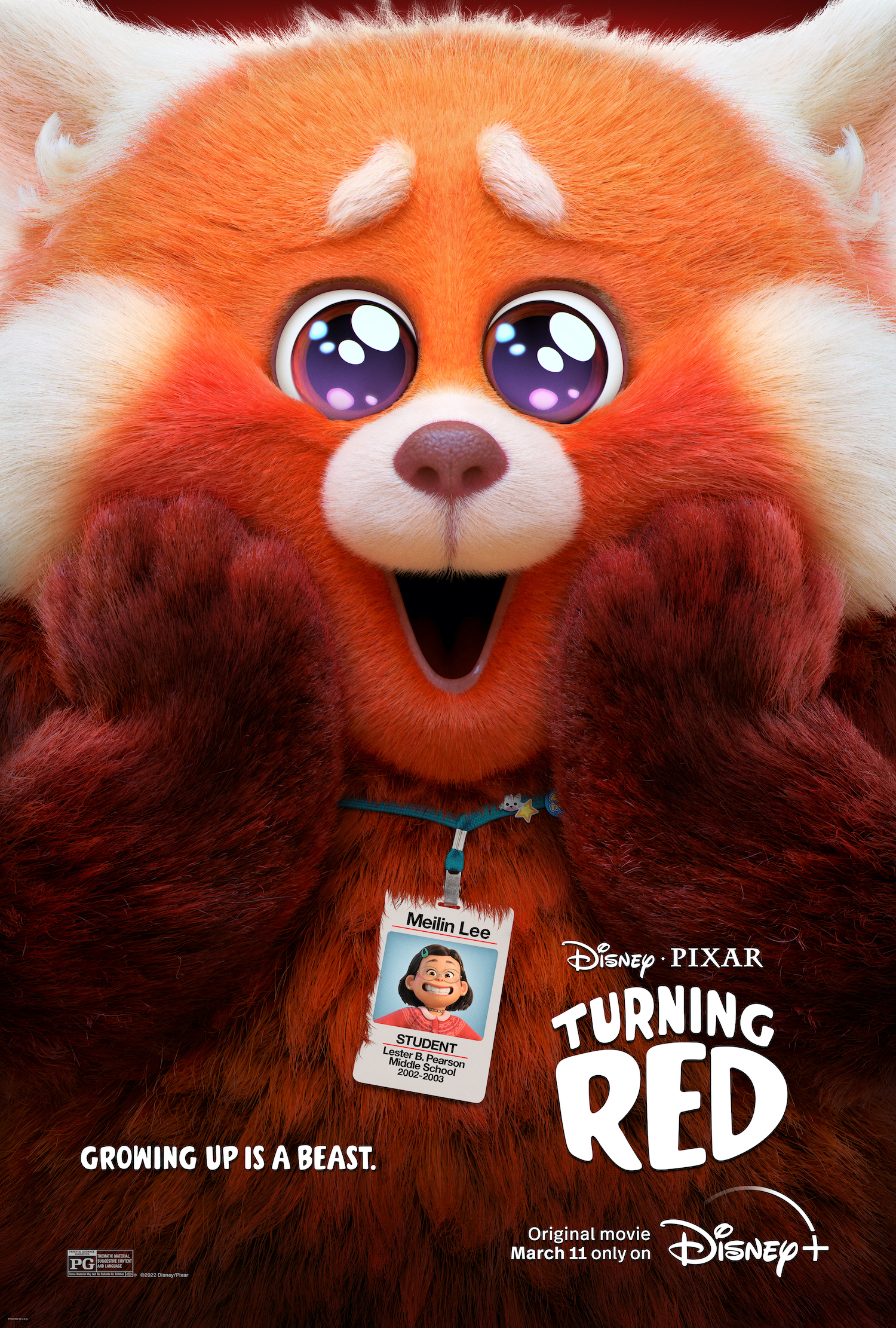 And that’s the unique and unexpected inspiration behind Disney/Pixar’s latest sensation Turning Red. Stemming from the personal experiences of writer/director Domee Shi and co-writer Julia Cho, the film is unlike anything you’ve seen before from Disney/Pixar. Many people say that about a lot of films, but the phrase holds very true here.

“The inspiration behind Turning Red just came from my own life growing up in the early aughts. Chinese Canadian, dorky, sassy, nerdy girl who thought she had everything under control. She was her mom’s good little girl, and then boom, puberty hit, and I was bigger. I was hairier. I was hungry all the time. I was a hormonal mess, and I was fighting with my mom, like, every other day,” Shi explained. “Making this film was kind of my chance to go back to that time with Julia [Cho] and understand and excavate what was happening back there.”

In the film, 13-year-old Chinese Canadian Meilin “Mei” Lee (voiced by Rosalie Chiang) finds her emotions, hormones, and body have changed overnight but not in the traditional way. Thanks to an ancient family curse, Mei becomes a giant red panda whenever she experiences strong emotion. Which, of course, is all the time. Because she’s 13.

These are stories and emotions shared with Shi’s co-writer Cho who bonded with Shi over the creation of Mei and her struggle with her internal monster.

“It was really just a joy to be able to embrace all of my own self in the writing of this. We would always encourage, I think, each other to just bring more and more of ourselves into it. One of the things that Domee and I really connected on, I think pretty early, was the fact that we both grew up really tight with our moms,” Cho remarked. “I think in a way that was just beyond culture, beyond anything. It was just the way we personally developed these relationships with two women who are just very strong in very different ways. For us, the story was also based in that sense of the transition from going from a girl whose mom is your whole world to a young woman who’s trying to learn to be independent. How scary that is.”

Visually, Turning Red boasts a style completely unlike most of Disney/Pixar’s photorealistic backgrounds and specific approaches to character design. In fact, we’ve not seen this big of an animation departure since perhaps 2015’s Inside Out, which oddly enough also focused on the inner emotions of a teenage girl.

Director Shi called the style of Turning Red “chunky cute,” a phrase coined by production designer Rona Liu. What is “chunky cute?” Well, we’ve seen hints of it in Shi’s earlier Pixar short, the Academy Award-winning Bao, in which characters and objects were rarely seen as traditional stick figures or with traditionally hard lines. Here, in Turning Red as well as previously in Bao, everything has a softer, plumper feel to it.

How does that aesthetic compliment the story?

“You saw it on Bao, and we wanted to explore it again with this film because it just felt like the perfect style to tell this story about this girl and really show the world through her eyes,” Shi shared. “How does she see the world? How does she see people? We focused on making the world feel like it was designed by a 13-year-old girl. So that’s kind of how we coined that chunky cute style.”

The animation style also blends elements of anime with the Pixar touch. Shi found it particularly exciting that her animation team understood the concepts to which they were introduced and ran with them. They learned about what Shi calls “Sailor Moon eyes” or non-traditional bodily functions such as profuse sweating or even snot bubbles.

In fact, the success of Turning Red marks not only a unique visual approach to Disney/Pixar films but also the first time a woman has directed a Disney/Pixar animated film solo.

That historic milestone was not lost on Domee Shi.

“When I first started at Pixar, there were only four or five women in the story department out of a department of 30 or 40, but we started having lunches together and kinda sharing stories. I remember this one lunchtime where we all went around and said aloud our goals. That was the first time that I actually said aloud, ‘I want to direct.’ I was initially very embarrassed, but I think just saying it, putting it out there, and being with people that support and validate you can make you not feel so alone. It can feel so lonely being a woman, being a person of color in this industry. It’s so important to find those colleagues, those allies, to help you not feel alone as you struggle and work your way through this industry. That was huge for me.”