"I could not make mistakes."

by Joey Moser
in Interviews
1

Download: ‘Ala Kachuu – Take and Run’ Director Maria Brendle On Breaking the Cycle of Violence of Bride Kidnapping

Ala Kachuu – Take and Run is an emotional rollercoaster. The film follows Sezim, a young Kyrgyz woman living with her family who has aspirations to go to college and live independently. The notion that a young woman would have dreams for anything outside her small village is surprising to her family, especially her mother. Things take a dark turn when Sezim is suddenly kidnapped and forced to marry a man she has never met. You want to scream at the screen at the characters, and director Maria Brendle ultimately wanted to start a conversation about a world we may not be familiar with.

Brendle is not from Kyrgyzstan, so she knew that she had to get everything correct or audiences wouldn’t believe the emotional trajectory of the characters. The director has a journalism background, and when she first heard of bride kidnappings, she knew she had to make a film about it.

“My goal was to bring bride kidnapping to the world. When I first heard about it, I was upset, because I didn’t know something like this existed. I stated to do some research, and I learned only a few people knew about it even though there are thousands of victims in Kyrgyzstan, Central Asia, and some parts of Africa. I felt like it’s not enough to just be upset and ashamed. What could I do with my own little space? As a filmmaker, I knew I had to make a film about it to create awareness about the fates of these young girls. I started this long, long ride with this research. I had never been to Kyrgyzstan before, so I had to learn everything about the culture and the country itself and their traditions. I had to be respectful. I could not make mistakes. In my research, I spoke with a lot of victims, and I wrote one storyline to echo that.” 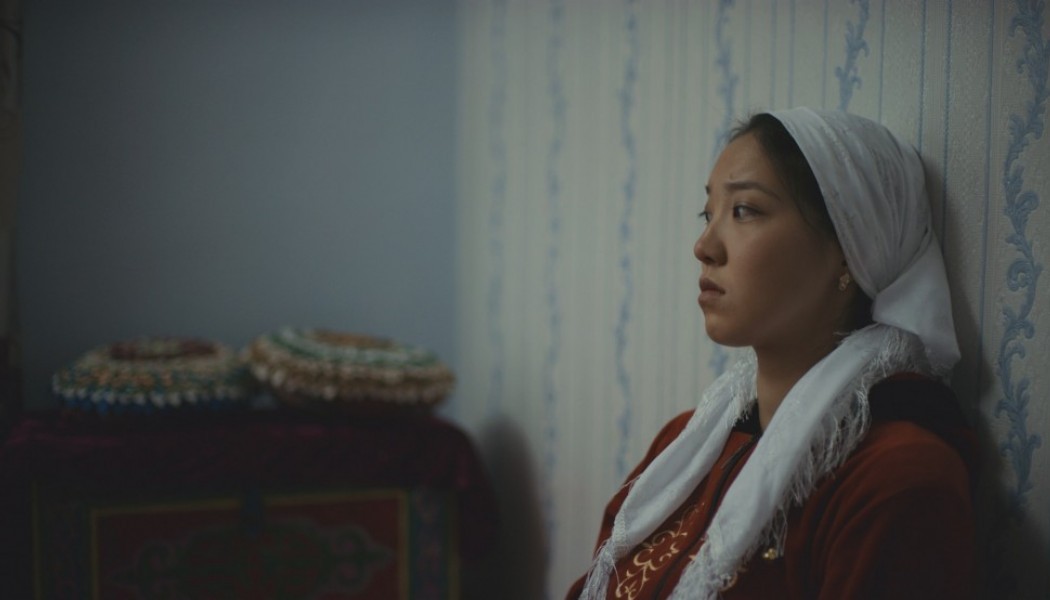 Alina Turdumamatova brings tremendous optimism and determination to the role of Sezim. When a group of men forcibly take Sezim from her workplace and force her to marry Dayrbek, everything around her is joyous, but Sezim is screaming and bawling. It’s a disturbing sequence, but Brendle had to call on the talent of her actors (some who were acting for the very first time) to deliver the authenticity of the situation that so many young women find themselves in.

“It was so important for me that all the actors, especially Alina, knew the character they were playing perfectly. They really had to know who they were. I don’t speak the language, and the first thing I had to figure out was how to direct my actors when we don’t speak the same language. Alina can speak English, but most people couldn’t. There was no chance to talk to them directly. I thought it was important to have enough time to be with them to build a speechless connection together. What emotions are they going through in this moment? At the wedding, the people are happy, but she is crying. While shooting, we had to film fast, because we had less than two weeks to shoot the entire thing. We didn’t have a big budget. Alina is a special person. I did this casting in 2018, so it was a long time before we could shoot. It was an open casting call, and I wasn’t sure how many people would come. We had three days, and 160 people came.”

Sezim is optimistic at the start of the film, because of her friend Aksana. Aksana refused to be forced into marriage, resulting in her family being ostracized the rest of the village. Aksana’s decisions to make a life of her own is Sezim’s inspiration to fight back for her own rights. If Aksana can make a life on her own, Sezim can join her, and it hardens Sezim’s resolve.

“Aksana represents the future for both Sezim and Aline. It was important for me to have a character who already decided to go this independent way. The first thing when I wrote the script was figure out a way to explain bride kidnapping without sounding like a video on YouTube. You needed emotion from the main character. I wanted to say that these women are strong and independent and that they are not just victims of what happen to them. I wanted to show how women would say no to marriage and there would be consequences. You could bring shame to your family, and then you have no family anymore. Aksana is so important by showing the future.”

As you watch the actions of the characters in Ala Kachuu, you have to remember how different the expectations and customs are from our own. Women have different roles and duties in Kyrgyzstan, but the violence against these women must be stopped. In some places, women do not have a voice of dissent. 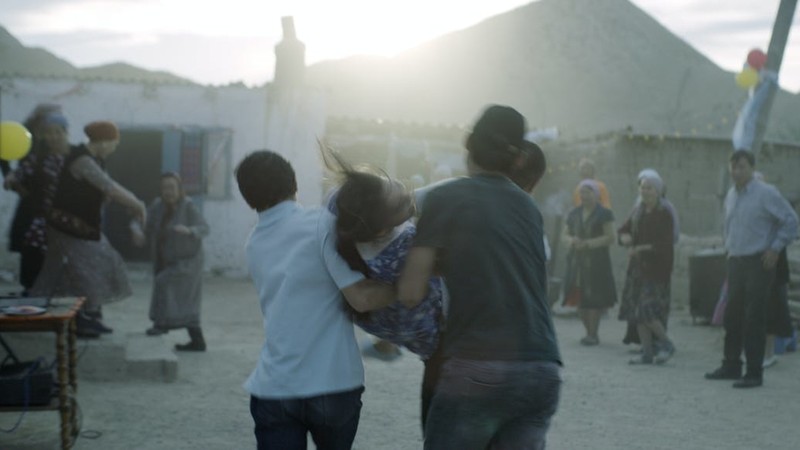 “I wanted to show that this is between women. There isn’t just a bad man coming and drinking too much and hurting his wife. I wanted to show that for other countries, it can be hard to understand women in different ages. A younger woman might be seen as less important than an older woman in her village. That was the first thing. I wanted to create a baseline to say that this is in our world, and nobody is talking about it. People might say that I am a European girl talking about a world that I don’t know. When nobody starts to do that, nothing will change. Maybe I am privileged because I come from another country, but it doesn’t mean that I don’t care about what is happening in the rest of the world. What can I do? How can I look at this theme and create awareness? It was important to me to bring this circle of women together.”

Audiences have debated about the final moments of the film as Sezim escapes capture. She is told by Dayrbek’s grandmother to wash a coat, and Sezim finds car keys inside. Did the grandmother ultimately want to help Sezim, or was it purely an accident? Brendle wanted to leave it up to our interpretation.

“It was hard to edit that scene. When I wrote the script, it was clear to me that she helped Sezim. The situation is that she is crying, but she thinks Sezim will be fine because she was fine. But for most of the girls, they aren’t fine. I wanted to make this cut in this circle, because when a mother says to her son, “No, you can’t kidnap a girl” the son won’t do that. It stops the circle. I wanted to create a character who makes the cut herself. It is common for someone from this country to think that if you don’t follow the rules, something bad will happen. I wanted the grandmother to be a person who remembers her childhood and remembers that she had dreams. That was her life, but I wanted her to see a little bit of her younger self in Sezim. I wanted the film to have a secret. It could be the grandmother helping her, but it could be an accident. I had long conversations with my editor while we were cutting the film. Some audiences think it’s clear that the grandmother is helping Sezim, but some are more skeptical about that.”

Ala Kachuu – Take and Run is in theaters now as part of the ShortsTV produced program.

Is ‘The Last of Us’ Actually ‘The Walking Dead’ For Smart People?