Good As Gold: A First Look at the Best Picture Race for 2022

by Mark Johnson
in featured, Good As Gold
96

Download: Good As Gold: A First Look at the Best Picture Race for 2022

What’s that you say? It’s WAY too soon to be predicting the 95th Academy Awards? Hogwash, I say! It is never too soon to start looking ahead! Part of what makes this little game of ours so fascinating is staying in front of the curve and watching the way things scatter and unfold as the season matures. So why not have a little fun with Oscar predictions ten or eleven months out from the 95th Academy Awards?

For those of you who think this is a silly practice, shield your eyes a little and just consider this a preview of films to look forward to this year. I will argue, however, that there is a method to the madness in predicting the Oscars this early (and a whole lot of luck as well).

Here’s how I evaluate the race from this far out, in order of weight of impact on my decisioning:

All those components led to me predicting The Power of the Dog in my initial predictions last year. Jane Campion, a female director for an emerging Netflix studio, with a movie based on an acclaimed novel starring Benedict Cumberbatch, Kirsten Dunst, Jessie Plemons, and Kodi Smit-McPhee. Sounds like a movie that could go all the way, right? And if it weren’t for those meddling CODA kids (insert angered Scooby-Doo villain voice here), I might have nailed that one from this far out! The Power of the Dog did lead all movies with 12 nominations and eventually won Director for Campion.

If you are still not convinced it is worth the effort, then consider my predictions from this time last year: 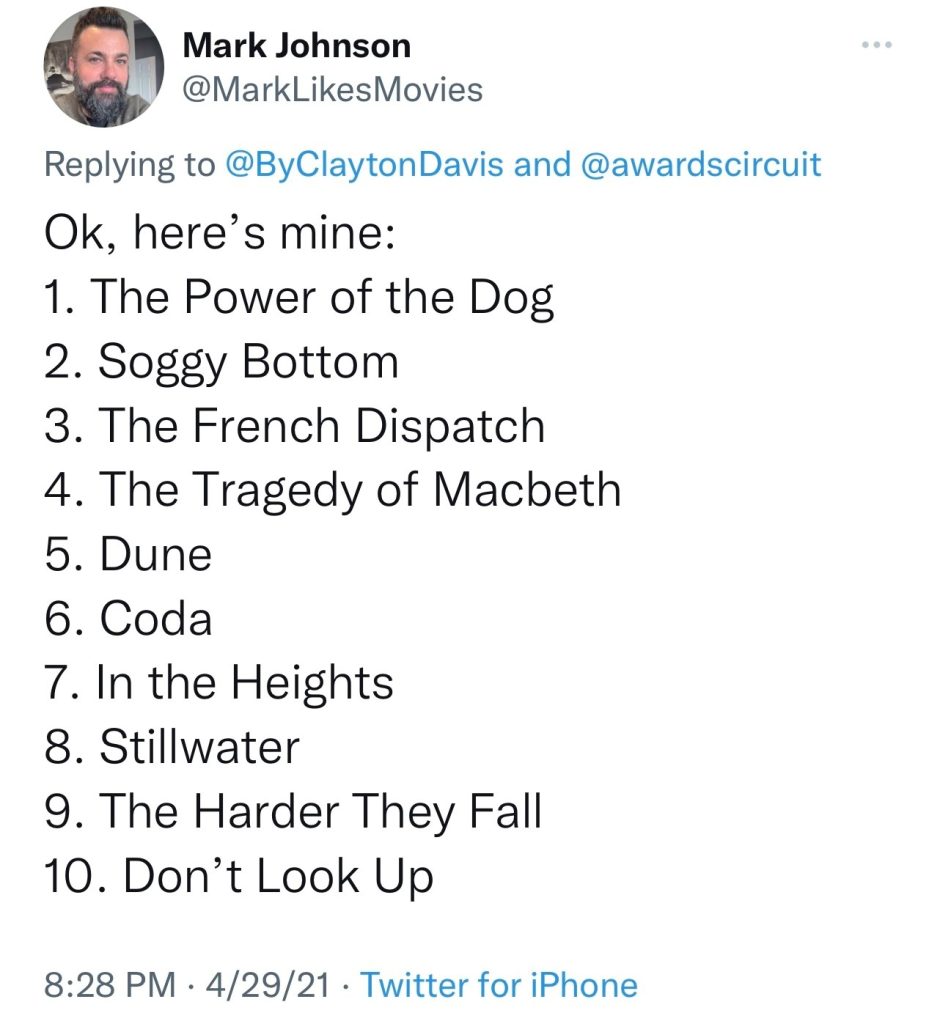 That Soggy Bottom you see was the working title for Paul Thomas Anderson’s Licorice Pizza, which went on to receive nominations for Picture, Director, and Screenplay. Along with those top two, three of my other predictions cracked the Best Picture lineup. So, predicting five out of ten correct isn’t so bad, right? Considering that The Tragedy of Macbeth was nominated for Lead Actor (Denzel Washington), Production Design, and Cinematography, that’s not a half-bad pick either. The other four, well, nobody’s perfect.

If you still don’t like the idea of predicting from this far out, you will likely never be convinced otherwise. But if we think of this as just a fun practice, then what’s the harm? We do have a long way to go before shit gets real, after all. Let’s fill the void and put a spotlight on a few films that, if nothing else, get me really excited about 2022.

Killers of the Flower Moon 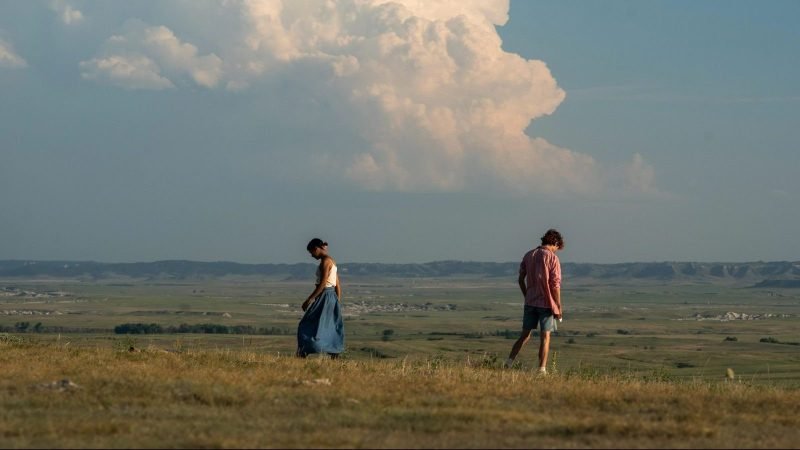 Everything Everywhere All At Once

A few more films that are high on my radar (synopses provided by IMDB):

I’ll be updating the Good As Gold page soon, but for now you can find my predictions for Best Picture here.

What films are you most looking forward to? What would you predict to be a major player at the 95th Academy Awards?

A Chat with 'Barbarians' Charles Dorfman and Iwan Rheon