A Chat with ‘Barbarians’ Charles Dorfman and Iwan Rheon

by Frank J. Avella
in Interviews
0

Writer-director Charles Dorfman’s debut feature Barbarians is an impressive genre fusion brimming with a love for cinema that slyly dares to break a slew of the medium’s established rules. 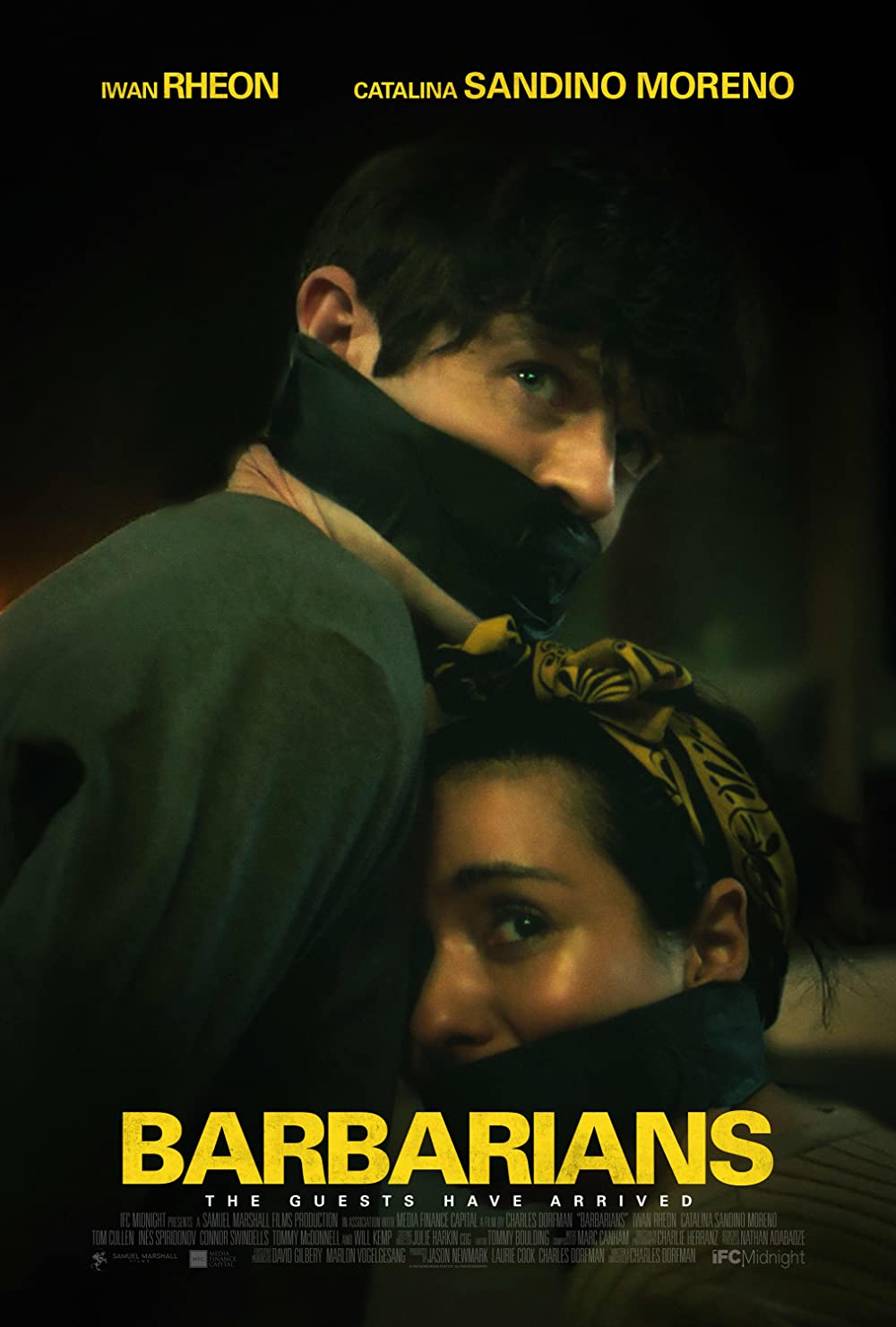 Four friends (are they, though?) gather for a dinner party to celebrate budding filmmaker Adam’s (Iwan Rheon) birthday as well as the purchase of a new home. Adam shares his life with Eva (Catalina Sandino Moreno), a talented artist. Strange events begin to cloud the day. Once property developer Lucas (Tom Cullen) arrives with his girlfriend (Inès Spiridonov), things take a turn for the weird and Neanderthal-ish. After an odd dinner, drinks, and a few too many stunning revelations, the audience is tossed a home invasion curve ball, adding to the intrigue but never betraying the filmmaker’s thematic intentions.

Barbarians mixes a slew of genres seamlessly or rather so damned erratically it feels harmonious —certainly to Dorfman’s vision, which includes many homages to Stanley Kubrick (Clockwork Orange, 2001, The Shining) as well as Luis Bunuel and Michael Haneke — even invoking Edward Albee.

Dorfman cut his teeth in theatre as an actor (Two for the Seesaw, Miss Julie). He was an associate producer on The King’s Speech and produced Maggie Gyllenhaal’s directorial debut, The Lost Daughter.

Rheon came to fame in the role of Moritz Steifel in the 2008 West End production of Spring Awakening, where he won the Olivier Award for Best Supporting Actor in a Musical. He was then cast in his most famous role as Ramsay Bolton in HBO’s Game of Thrones. Other credits include, Misfits, Marvel’s Inhumans, and Vicious, opposite Ian McKellen, Derek Jacobi, and Frances de la Tour. Film credits include The Dirt, Berlin, I Love You, and the upcoming The Magic Flute.

Awards Daily had the pleasure of a Zoom chat with both Dorfman and Rheon in support of Barbarians.

Barbarians is currently in theaters.