See, I was hating so much of what I’ve been seeing at Cannes I was starting to wonder if it was ME. Luckily, all three competition films that premiered today proved otherwise. So here’s a lightening round of what beguiled, captivated and moved me to tears today (after that early morning ELVIS screening which already feels like years ago).

First up is Spanish director Albert Serra’s PACIFICTION, a weird, mysterious, beautiful fever dream that surprised and entranced me like no other film in competition. Set on a French Polynesian island where a French government official (Benoît Magimel) spends his days hanging out with locals and probing whether there’s any truth to the rumor that nuclear testing in the region is being planned.

This is only a very rough description of what goes on in the essentially plotless film, which unfolds pretty much through a series of random, not necessarily interconnected scenes. Prominent screen time is given, for example, to people gossiping and talking nonsense at a neon-lit bar against the beats of a deep house soundtrack. The conversations do not appear to have any narrative function but they certainly contribute to the surreal vibes of a parallel world. That dreamy feeling is further enhanced by a cast of strange, optically striking characters, including a haggard American man who shows up every now and then to sulk in the corner and stare. With a whopping 165 min runtime, PACIFICTION is a challenging proposition and won’t be for everyone, but I fell completely under its spell und was hooked by its hint of apocalyptic dread. Magimel knows exactly what he’s doing and delivers several long-winded monologues with great hypnotic effect. The film also features some of the lushest, most alluring images I’ve laid eyes on at the festival this year. Remember that rumor people started about a new David Lynch film premiering at Cannes? While that didn’t happen, it turns out we got the next best thing instead. 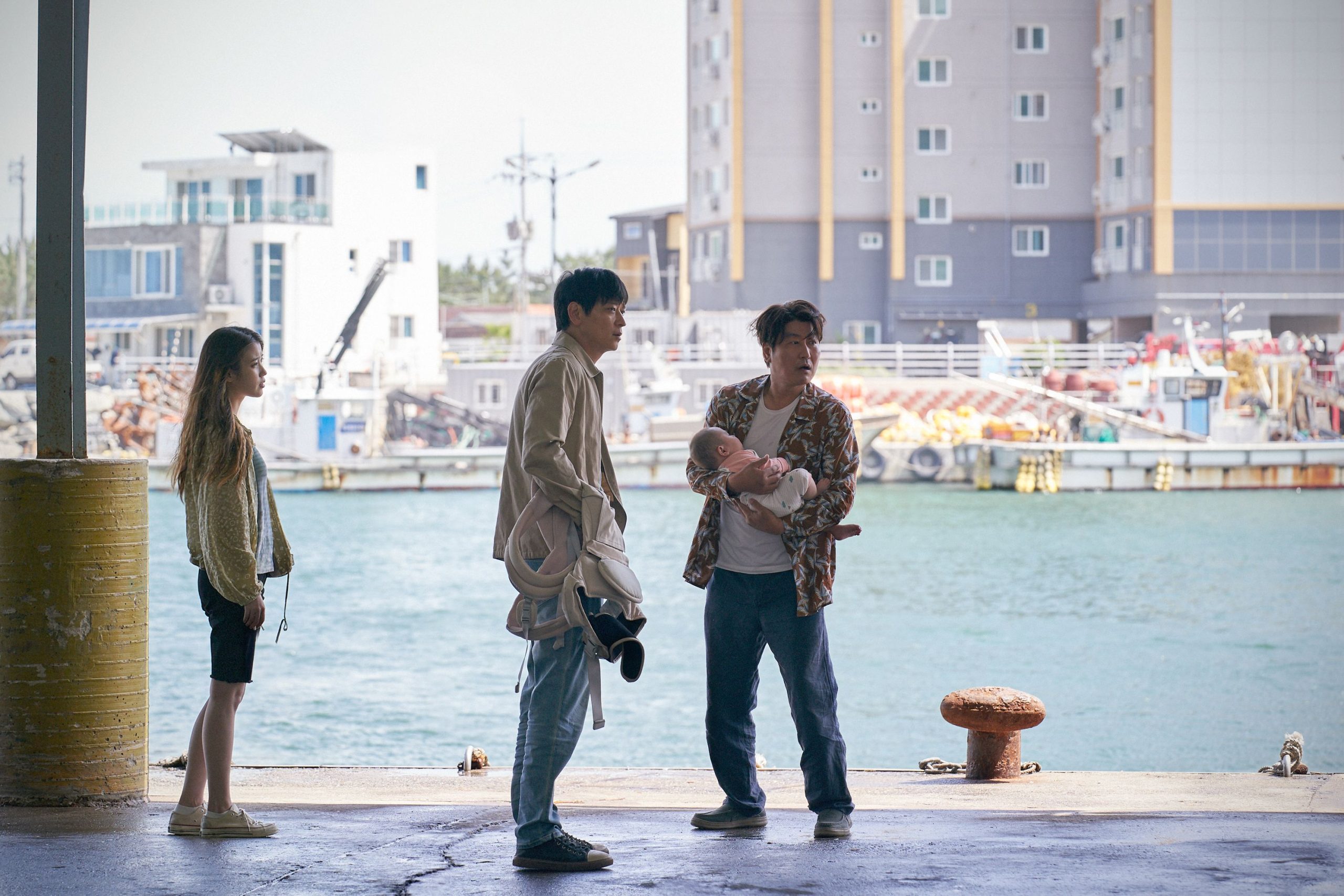 Meanwhile, Japanese maestro and Palme d’Or winner Hirokazu Koreeda (SHOPLIFTERS) returns to the Croisette with another family drama BROKER. Set in South Korea, the film tells the story of two small time crooks who sell abandoned babies to wannabe parents. When the mother of their latest find returns and joins them to find the best buyer for her child, things get complicated, only for the true meaning of family to be revealed.

While not as immaculately constructed as SHOPLIFTERS, the screenplay for BROKER is another feat of original storytelling. The many plot twists feel organic and pack profoundly affecting human truths. They show you how any transaction that involves a human life can never be a purely financial arrangement and that, in a world where our individual circumstances are so different, a one-size-fits-all model for families is all but a myth. In a scene on top of a Ferris wheel, a mother who chose to give up her child confesses her reasons and the honesty of her words would hit you right in the gut. Gorgeously, compassionately written and directed with both breezy humor and deep sincerity, the film is a urgent call for empathy that, thanks to the performances by a superb ensemble cast, never fails to entertain. 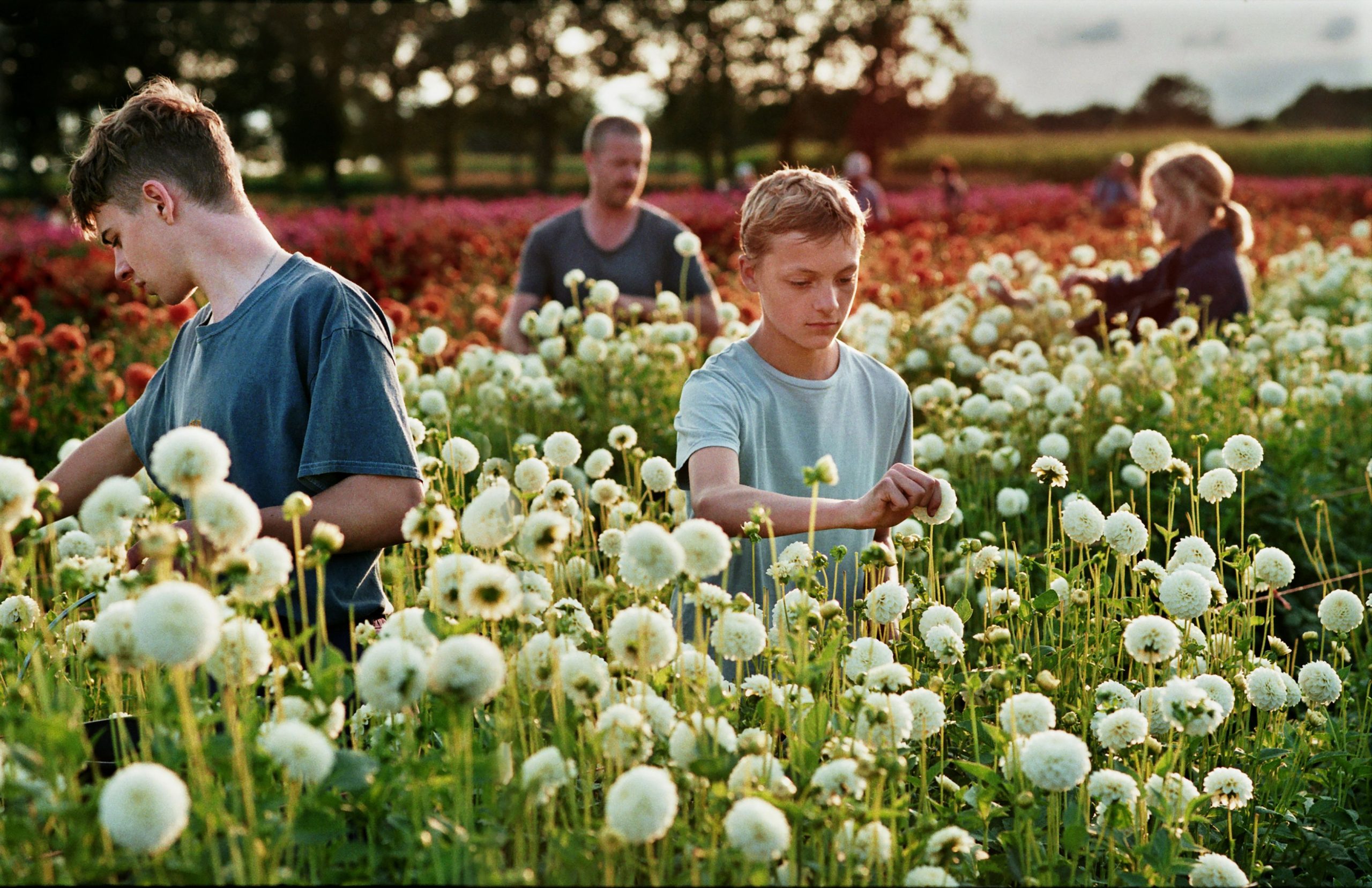 Finally we have Belgian director Lukas Dhont’s sophomore feature CLOSE, which revolves around thirteen-year-old boys Leo and Rémi living in the countryside. The two are best friends and do almost everything together. When teased by their schoolmates about being a “couple”, something in their friendship changes, leading to tragic consequences for both their families.

I was a fan of Dhont’s debut GIRL and, like that film, CLOSE is limited in its thematic scope but treats a potentially touchy subject matter with exceptional skill and grace. The screenplay is an exercise in restraint, cutting out all unnecessary subplots to focus on the development of the central relationship. Dhont directs with a sharp eye for naturalism and palpable love for his young protagonists. Throughout the film, children characters are treated with as much dignity as their adult counterparts, their feelings held just as valid. The thing is, children are sensitive beings and just because they don’t have the vocabulary yet, it doesn’t mean they don’t feel or know what’s going on. Playing Leo, Eden Dambrine delivers probably the most emotionally devastating performance of the festival. The scene where he intuits what’s wrong even before his mother opens her mouth or the one where he finally visits Rémi’s mother are heartbreakers that pretty much destroyed me.

As unlikely as it seems, we’ve arrived at the tail end of the 75th Cannes Film Festival. Tomorrow we will see the last two of the 21 films in competition, then it’ll be time for our winner predictions.