The 75th Cannes Film Festival came to an end and after the Berlinale debacle under jury president M. Night Shyamalan, I’m happy to report that Vincent Lindon’s jury did good. Obviously I don’t agree 100% with their choices, but overall they delivered a solid list of winners, shining a light on some pretty damn fine films that the world needs to pay attention to. Let’s take a look.

Ok so this one came out of nowhere. While BOY FROM HEAVEN is not among my “least favorite” pile, it’s nowhere near the best of the competition lineup. I guess this is one of the rare cases where the jury makes it a point to really pick the best screenplay of the bunch except… this one doesn’t really stand out either? Can only assume all the candidates I named for this award are going to get bigger things…

BAM! The best screenplay in my mind ends up netting the great Song Kang Ho his Cannes trophy. Only love and respect for Mr. Song – quite simply one of the best working actors out there – but this feels like a career tribute award more than anything. He is obviously very good in BROKER, but it’s a true ensemble film (and one where he doesn’t really get to do all that much), singling any one actor out for recognition feels wrong. Which is why I didn’t even have him in my pool of candidates. But hey, BROKER is one of my faves at the festival, so I can’t complain too much about this win.

CALLED IT! Wow this is satisfying. Very happy to know that I’m not alone in my admiration for this performance and this bleak, brutal, brilliant film. Acting in genre films is so often overlooked, something I guess a jury president who just last year starred in the freakily beautiful TITANE would know. Ebrahimi’s performance is the ingredient that gives HOLY SPIDER its humanity. While strictly speaking not my favorite female performance of the festival, I’m still glad it got noticed. Now people just need to notice her director Ali Abbasi as well, what a talent.

Great pick. What a masterfully directed film. I guess the jury didn’t love it enough to give it one of the top prizes, but the recognition for its direction feels appropriate and completely deserved. Albert Serra’s hypnotic and singularly weird PACIFICTION was never going to happen, so I guess this is the best we could have hoped for. It would be interesting to see if this film gets a similar award season push à la DRIVE MY CAR.

Apparently every five years they give out an additional anniversary award (five years ago it was awarded simply to Nicole Kidman?!) and this time it allows the jury to honor the Dardenne Brothers without giving them a (historic) third Palme. Not sure where to place the level of distinction of such an anniversary prize, but TORI AND LOKITA is a wonderful film. Any spotlight thrown its way is welcome. 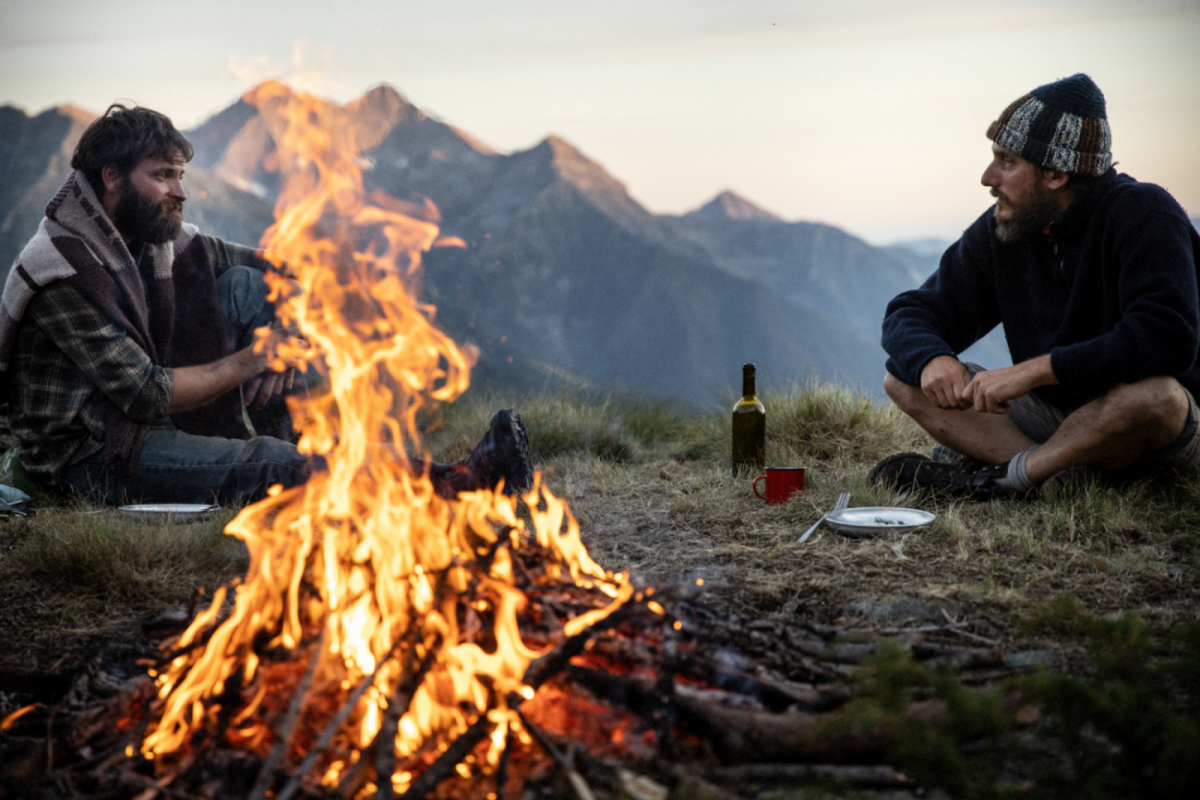 Got this one 50% right! I hate ties at these things because they do diminish the honor no matter how you cut it. So EO, as predicted, got recognized for its artful, highly experimental vision. I actually saw the film again earlier today and it is indeed very good. Might help to know what to expect beforehand but the craft and the artistic integrity are doubtlessly there.

Now on the other end of the experimental spectrum, you have THE EIGHT MOUNTAINS, a film about male camaraderie that is well made in the most conventional, least challenging sense possible. I’m not its biggest fan but I guess you can’t love everything.

Another tie…. juries make up your mind! First up we have Claire Denis’ STARS AT NOON. Remember that “least favorite” pile? Yeah. I didn’t mention this film once in my entire Cannes coverage for a reason. But hey, Denis is an iconic director and Cannes had been ignoring her for the longest time (reportedly rejecting even the stellar and starry HIGH LIFE), so you can’t be mad about this win. Following her best director win at the Berlinale just three months ago (for a film starring Vincent Lindon), the 76-year-old legend seems to be on a winning streak.

Oh and then CLOSE. My favorite film of the festival gets (one half of) the second place prize, but I guess we should put things in perspective. Lukas Dhont just turned 31 and he’s now a Cannes Grand Prix winner. It’s all good. CLOSE is a piercingly sad film that explores a fleeting stage in our lives and all the secret pains we experience then that we don’t even have names for. Like its subject matter, the film feels incredibly precious. I hope this award will help bring more mainstream attention to such a rare gift of a film.

Ladies and gentlemen, Vincent Lindon (and his jury) has a sense of humor! As I pointed out, I consider Ruben Östlund’s wild social satire to be among the best of the fest but fear that this jury wouldn’t be on board with its often crass humor. Turns out this jury (including Ladj Ly and Asghar Farhadi) can laugh too! After TITANE won for body horror, it’s notable that Cannes skipped serious dramas a second time and crowned a proper, laugh-out-loud comedy for a change. TRIANGLE OF SADNESS is of course insightful and thought-provoking too, but I think people are mostly going to be shocked by how funny it is. This one has serious potential to break out of the festival circuit. Congrats also to Östlund for joining the two-time Palme d’Or winners’ club just five years after THE SQUARE.

So that was it, another year at the Cannes Film Festival. I’m exhausted and ready to not watch films for a few days. Which films from this year’s festival are you looking forward to? Which ones do you think will be in the Oscar conversation later this year? Do you see a DRIVE MY CAR or PARASITE from this list of winners? Let the guessing game begin.