‘Dreaming Walls: Inside the Chelsea Hotel’ Is a Reflective Examination of a Storied Past

Download: &#8216;Dreaming Walls: Inside the Chelsea Hotel&#8217; Is a Reflective Examination of a Storied Past

In the 1960s, the Chelsea Hotel was the epicenter of avant garde art and a sanctuary for the counterculture that would define an era. At one time or another, anyone who was anyone in film, music, or art stayed at this legendary building. From Marilyn Monroe to Janis Joplin, Andy Warhol to Leonard Cohen – if the walls of the iconic Chelsea Hotel could talk, what stories would they tell?

That is what Belgian filmmakers Amélie van Elmbt and Maya Duverdier seek to discover in their documentary, Dreaming Walls: Inside the Chelsea Hotel.

The stars have come and gone, yet residents of the hotel have stayed behind amongst the construction that has taken place for nearly a decade. While a half-burned-out neon sign still shines outside the building, beckoning kindred souls to its domicile, the Chelsea has been closed to the public since the major renovations began. The scene is littered with gutted hallways and gruesome lobbies. Plaster is diminishing from the walls of this once majestic edifice. The aesthetics of the interior have been replaced with scaffolding, tile cutters, and various other instruments of reconstruction.

The last holdouts of the dwelling – most of them aging, starving artists – fight to preserve some of the Chelsea’s original features as the chaotic renovations near a completion. Dreaming Walls provides us a tour of the Chelsea’s storied past through the memories of its remaining occupants. Recollections of its iconoclast origins, peculiar encounters, and personal journeys unfold in the stories of those who experienced the Chelsea’s mythical yesteryear firsthand. As the hotel nears completion on its transformation to a luxury hotel, those who represent the last of a bygone era must find ways to adapt and survive. 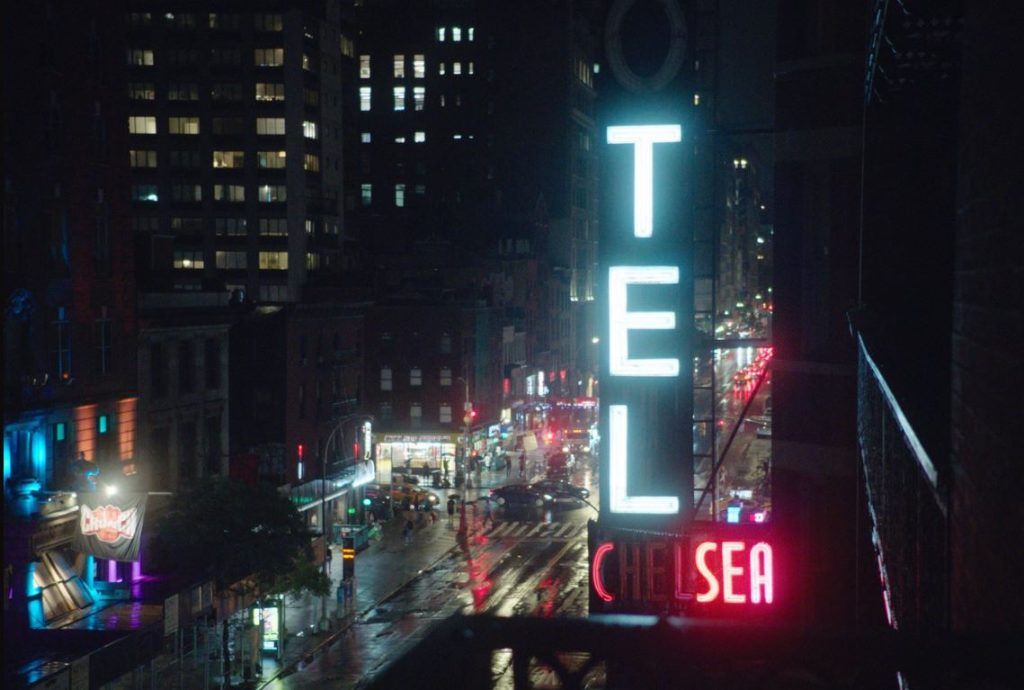 Dreaming Walls is a shrewd and intimate examination of a collection of unusual lives that have been lived extraordinarily. It is poetic and full of art and wonder, inhabiting its subject from its tumultuous innards. If the Chelsea is in surgery, then the iron-willed community that Dreaming Walls embraces are the lungs that continue to breathe life into its frame.

I would recommend Dreaming Walls to those nostalgic for the art world of 1960s/70s New York City. When the film focuses on paying homage to the legacy of the Chelsea, Dreaming Walls becomes a meditative and hypnotic reverie of a life lived in the shadows of greatness, and a reminder of a time that is now left only to lore and superstition.

Dreaming Walls: Inside the Chelsea Hotel is distributed by Magnolia Pictures and Executive Produced by Martin Scorsese. The film made its world premiere at the 2022 Berlin International Film Festival and is screening at the Tribeca Film Festival. Dreaming Walls will play in select theaters and on VOD on Friday, July 8.