Carol Rasheed Celebrates History Through Makeup in ‘The First Lady’ 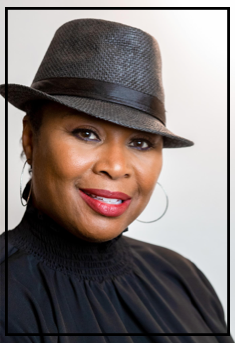 Longtime makeup artist Carol Rasheed takes on the appearance of several pivotal women of history in Showtime’s The First Lady. Here, in an interview with Awards Daily, she details the important work research takes in creating not only these influential women but also everyone of each era the series tackles. She also explains how essential make up is in creating its own storytelling for the characters and how it can make or break a project.

Awards Daily: Were you interested in political history before you took on this role?

Carol Rasheed: I was never interested in political history! Absolutely not! [Laughing] Honestly, I didn’t even realize how much political history I would receive just doing the research on this. I learned so much about each individual lady, individual personalities, individual stresses, and issues that they had. So it definitely was a learning experience for me and my team.


AD: What was the research process looking into these women and their time periods?

Carol Rasheed: The internet is a beautiful thing in this day and time. So I did a lot of internet research, and so did my team. I looked at some film noir stuff back from the 50s and 40s just to get a feeling of really what the makeup looked like back then. In addition to that, the costume designer had a plethora of history research done because she’s been on the project two to three months before I was. So that was also very helpful. Between the internet and books is where a lot of the research came about. The great thing about the particular research that we had was that there was so much information out there. I made a point of not really watching any other TV shows that have been done about the ladies because I really wanted to get my own thought process in gear with regards to what I wanted to do for this particular project because it was different. There was tons and tons of research that went into it. We had to search for each particular lady, research particular to the period from the 1800s to 2007. It was great to be given the opportunity to research all those things so we could pull things like facial hair for the 1800s or the 1970s. I learned a lot. It’s so funny this particular show helped me prepare for the show I’m working on now because we did over 100 years of work in terms of looks and styles.


AD: What was your discussion like with your personal artists when they were working on the three first ladies?

Carol Rasheed: Specifically, the thing I really wanted to convey through makeup artistry was I wanted a thread through all three blocks of the show. I wanted the ladies to look like themselves so there was believability to the look and style of the makeup. I wanted skin to show through. I didn’t want the makeup to cause a distraction here. The makeup is part of the accessory of what it was they were doing in regards to the hair and the clothing. So the makeup was very understated for all three blocks with everyone, even the guest stars. I think that we accomplished that thread quite well between the Eleanor Roosevelt block, Betty Ford block, and Michelle Obama block.


AD: Speaking of some of the other people, obviously Viola Davis, Michelle Pfeiffer and Gillian Anderson were the main focus but was there a detail from the rest of the cast that you were particularly proud of?

Carol Rasheed: The molding of the ears and teeth and the aging process to create the look of Barack Obama I was a really a great process. One other person that we had to really give a distinct look to was Lily Rabe playing Lorena “Hick” Hickok in the Eleanor block. We had to darken her brow, give her dark hair, and really make her look a little bit masculine. That was something else I was really proud of, and I feel like we really got that done right.


AD: Besides the costumes, the set work looked like it really complemented their look and the eras they were in. Was there any discussion with the set designers or was it mainly focused on costumes?

Carol Rasheed: When you are working on a period piece you have to take all those things into consideration. In terms of their costumes they’re going to have on in terms of their hair we will also look at the set and the design and look at what the core colors are. So all those things come into play when you’re working on a project. So yeah, absolutely! It’s one of those trains that everyone has to be on board. You can’t have anyone hanging off. Everyone’s got to be on the same train going in the same direction. Within a period piece you want to have that aesthetically.


AD: I was looking over your IMDb credits and you’ve been working as a makeup designer for years on a variety of different things. What attracts you to certain projects?

Carol Rasheed: Yeah, it’s so interesting. I really like and enjoy doing things that will stretch me. It’s not just about the beauty makeup, I want to be able to do aging, putting on fine layers of facial hair and things of that nature because it’s not something that you do everyday. All those things are a high for me, anytime I get an opportunity to do something that’s not the norm of what I do I jump at it. I tend to get beauty make-up shows, which I’ve done a lot in the past. That’s my background and what I am known for is doing beauty and working with women. Any opportunity where I get some men thrown in, or little bit of dirt or a little bit of blood here and there, I love that kind of stuff. I also enjoy doing the likeness of other people so that’s why First Lady was an amazing opportunity, because it gave me a chance to bring on a team that could get into the same vision I had for the project and really produce some stellar work over all the blocks.


AD: You mentioned another project you’re working on that First Lady helped you with. What is that new project?

Carol Rasheed: I am currently working on the musical of The Color Purple. This is also a period piece, a piece that is already known throughout the world, so this is an opportunity to do another body of work where the whole project is going to be a re-imagine. I think that it’s going to open up opportunities culturally to show people and bring them in that never saw the first version of The Color Purple. With it being a musical adds a whole ‘nother layer.


AD: Do you have any final thoughts for our readers?

Carol Rasheed: Makeup artistry really is meant to enhance what people have. Even when you’re creating a character in some capacity you’re enhancing something. That’s what I like for people to understand is makeup artistry is storytelling.


AD: I just saw Sean Penn in Gaslit and his makeup as John Mitchell was telling something.

Carol Rasheed: Exactly! I don’t think that people really look at that. For those people who are interested in getting involved in the TV and film industry or working as a makeup artist, they really do need to understand the capacity of makeup artistry. It really requires a lot of prior research and really understanding your craft. And it goes from so many levels, from having the no makeup look to the monster look. There are so many different layers that I just want the audience to understand how important and pivotal makeup artistry can be. Makeup, hair, costumes can make or break a character.

The First Lady is available exclusively on Showtime.

Composer Joseph LoDuca On Mangling Sounds For an All New 'Chucky'