Screenwriters Roundtable, Marcel the Shell, and the Audience Award Winner Announcement Bring an end to NFF2022

Day five would wrap things up for me on the ground at the Nantucket Film Festival. It’s been an exciting barrage of great films and entertainment, and I am very thankful to all the showrunners and staff for putting on an incredible event. Special shoutout to Lina Plath and her team at Frank PR for inviting me to the festival and for their cordial assistance throughout the week. It was my second time out here (2019) to cover the festivities, and I’ve lost count of the times the good people with Frank PR have assisted me (Sarasota, Nantucket, The Hamptons, etc). They have a great team that is passionate about the work they do, and I couldn’t be happier with the relationships I have built with them.

Today started with the Screenwriters Roundtable, which provided a snapshot of the different approaches that go into the process of writing. Deadline’s Dade Hayes did a terrific job hosting a 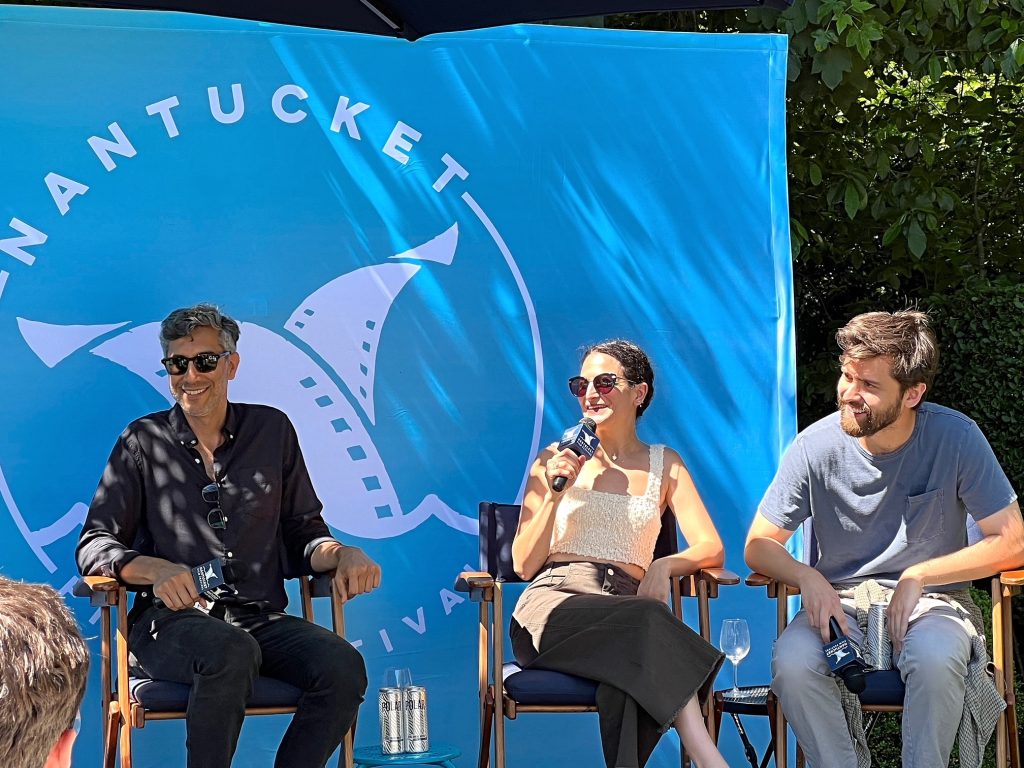 panel of artists that included Jenny Slate (Marcel the Shell with Shoes On), Cooper Raiff (Cha Cha Real Smooth), and Ramin Bahrani (2nd Chance). The quartet discussed the methods in which scripts come together, often long journeys of three or four years of work.

I found it interesting how their styles were different in approach, and (perhaps) reflected a bit about their ages. Bahrani (47) enjoys the process of building off his characters, allowing his actors to explore their roles and make slight, collaborative changes to the script that help elevate the work he is doing. It sounded like a very mature, structured, synergetic approach. Slate (40) prefers to have a treatment that she can improvise from and looks to avoid projects where she would be forced into doing things a certain, absolute way. She prefers an organic, free-flowing creative process. Cooper (25), meanwhile, writes according to a deadline, and then stretches that deadline into the next. Then rewrites from there, growing his script with the reassurance of his girlfriend – sending her lines of dialogue because his love language is words of affirmation – which she is quick to provide. A finished product then goes to his mom for a more brutally honest response. 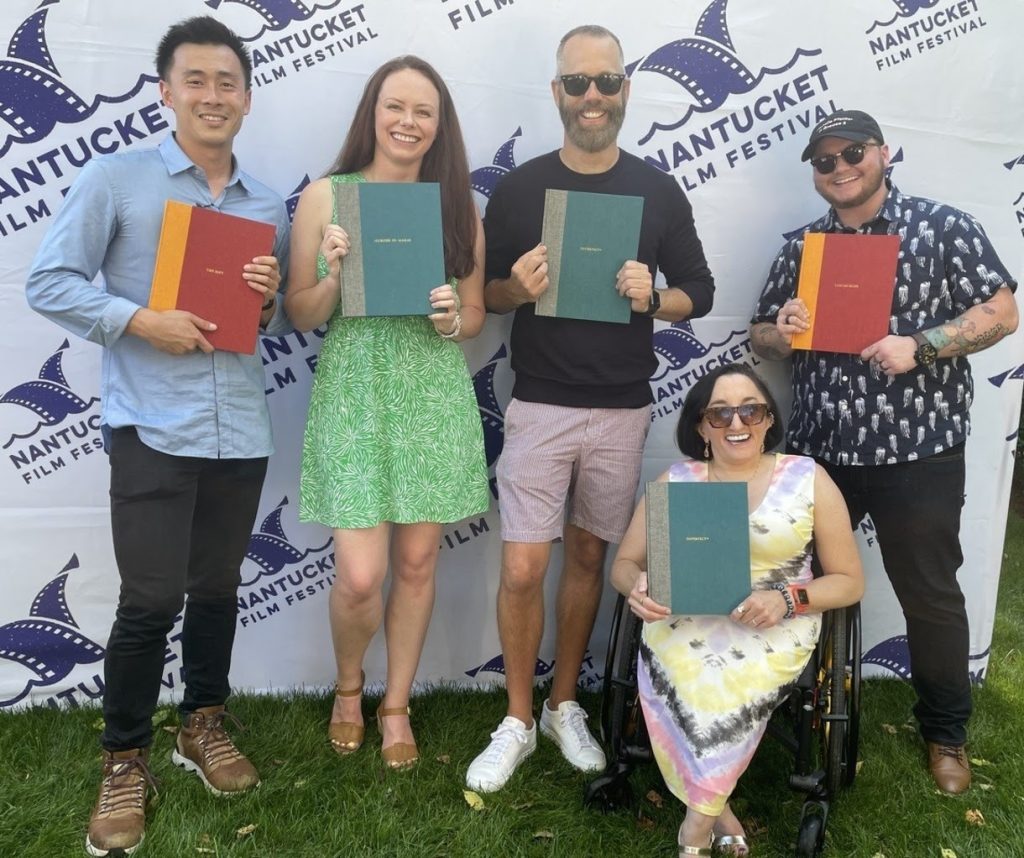 It was a wonderful discussion, followed by the Tony Cox Award presentation. The Tony Cox Awards recognize emerging screenplays with the winners determined by a jury. They receive top industry recognition, participate in a festival focused specifically on screenwriting (including a Mentors Brunch), and win over $5,000 in total cash prizes. Their categories include Feature Screenplay, Episodic Screenplay (60 min), Episodic Screenplay (30 min), and Short Screenplay. This year’s winners, respectfully, were Michael Lei (The Rift), Elisabeth Hayward (Murder in March), Nicole Evans and David Crane (Imperfect), and Sav Rogers (Pancake Skank). The Adrienne Shelly Award – honoring a promising female feature filmmaker – went to Amy Bandlien Storkel, who directed the fantastic doc The Pez Outlaw with her husband Bryan Storkel.

I followed this affair with my last film of the festival – Marcel the Shell with Shoes On. 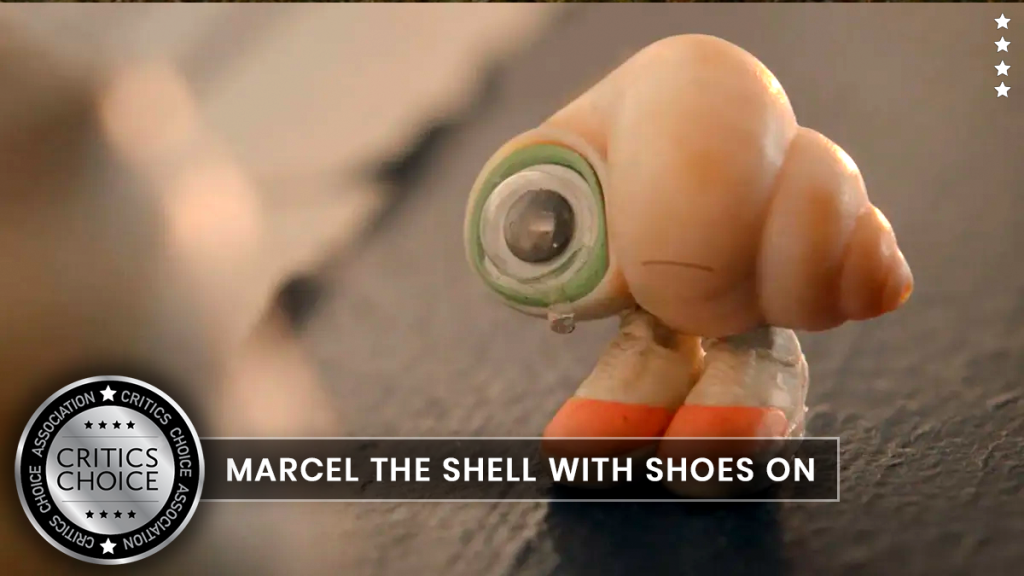 Marcel the Shell with Shoes On played at Telluride last year. The film topped the annual Professionals poll held by Michael Patterson, and while I saw about twelve films, it was one that I missed out on. When I found out the film would be on the slate at Nantucket, Marcel the Shell instantly became my most anticipated screening at the festival.

And boy, did it live up to the hype.

Marcel (Slate) is a hilarious, innocent, and inquisitive one-inch-tall shell with pink shoes and a face. He has been separated from his community of other shells, left only with his grandmother, Nana Connie (Isabella Rosselini). They are the sole survivors of the house their community once dwelled in, swept away one night during a perplexing circumstance. With the help of a documentary filmmaker, who now rents the Airbnb Marcel lives in, and some assistance from 60 Minutes’ Lesley Stahl, Marcel has his faith restored that he might one day reconnect with his family.

Marcel the Shell with Shoes On just might be the sweetest movie ever made, and proves that good things do, in fact, come in small packages. It is a magical, inventive, and adorable tale about the love of family, importance of community, and the value of finding connections with people who might not look or act the same as us. Marcel is the most heart-warming film of the year, and one that the entire family can enjoy together. It is full of wonder, with wisdom, optimism, and tenderness dispersed throughout the brilliant script by Slate, Elisabeth Holm, Nick Paley, and Dean Fleischer-Camp, who directed the film.

The world is going to fall in love with Marcel the Shell. 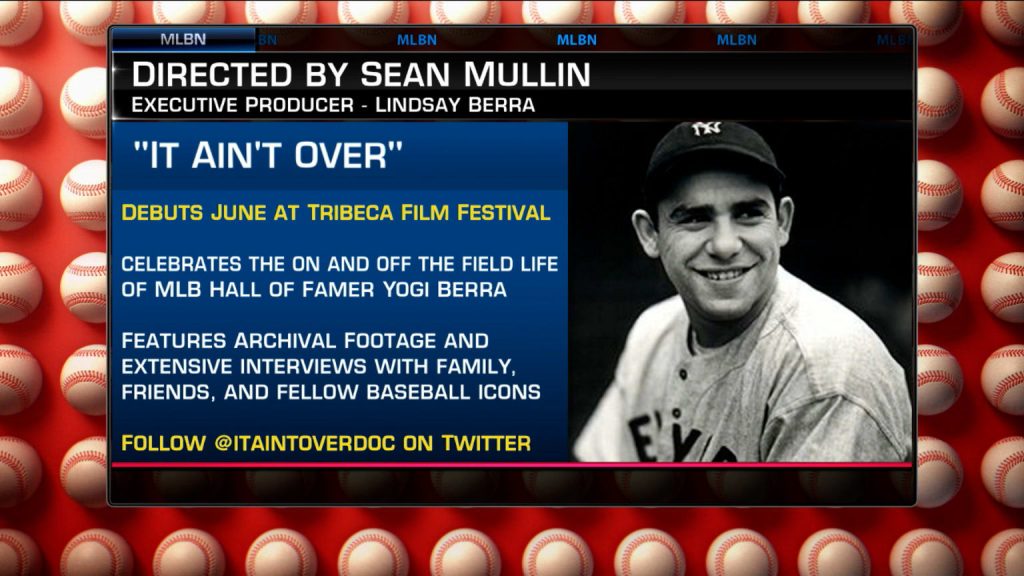 Congratulations to writer/director Sean Mullin and executive producer Lindsay Berra, whose documentary, It Ain’t Over, won the Audience Award for Feature Film. You can read my review of their incredible movie here. I was able to meet Sean a couple times this weekend, and he is an incredibly bright and charismatic fellow. The type of guy people are instantly drawn to and easy to buddy up with. I couldn’t be happier for him and his team.

Congratulations to all winners, and thanks again to those responsible for putting on an incredible event. The films, the location, and certainly the people, make the Nantucket Film Festival one of the greatest celebrations of film, and a place I look forward to returning to in the future.