The State of the Race – And So it Begins

Download: The State of the Race – And So it Begins

We’ve seen the first wave of announcements from two festivals now, Venice and Toronto. We know more or less what will be the major films on offer for the Oscars. We still don’t know Telluride’s lineup. They won’t announce that until a month from now.  Each of these festivals offers a slightly different slant on how the films are received. I look at them like this:

Venice – Not as many U.S. critics attend this festival, though it is a major red carpet event like Cannes. That matters because the red carpet brings the photographers. The fashion and celebrities attract the public’s attention. Sometimes reviews out of Venice can be trusted, but as with Cannes, they must be taken with a grain of salt. Critics talk to each other. Their opinions tend to be contagious. When a film does well at Venice and then does well at Telluride and Toronto that usually means they are a strong contender.

Toronto – There are so many critics seeing films at different times that trying to get an accurate read on general takes is like watching traffic during a thunderstorm.  It’s harder for films to be singled out at TIFF the way they are at Telluride, for instance, because there are so many of them. It’s still a good place to launch a movie because lots of people see it, as opposed to other festivals that aren’t as widely attended. And of course the audience award at TIFF is a launching pad for the Oscar race.

Much of the recent chatter has seemed to revolve around Steven Spielberg’s biopic The Fabelmans going to Toronto. It was also rumored to be going to Telluride for a few seconds, but that rumor now appears to have been shot down. I don’t want to get my hopes up (I only attend Telluride) but it’s not totally out of the realm of possibility that it shows up there, like Belfast did last year.

Oscar season is starting to take shape, at least as we’ve come to define it. Where it used to be in years past that the movies that dazzled the public were in a good position to be considered by the Academy — that mattered for most of the Academy’s existence — now, what matters are the films chosen by people in this room from a pile of stuff.

We’ve moved through these two eras of the Academy’s influence from broad to niche, and almost no one seems to notice. I guess you have to be old enough to remember how things used to be. It helps if you’ve been online for over 20 years, watching and reporting how things changed. But who is going to object if the people in this room see movies early and for free, receive boatloads of swag, the chance to hover near celebrities at parties — and the chance to select their favorites as best films of the year. Those to be delivered to Academy voters on a silver platter, tied neatly with a satin bow (which is no doubt sustainably sourced, inclusive and diverse in its representation, with a humble apology for land use, and a tag to go along with it that explains everything in Braille).

The Academy does show some interest in at least trying to broaden the experience beyond the insular world of Film Twitter, even though everything they try to do tends to be mocked by Film Twitter.  The kinds of films that are chosen and accepted by Film Twitter have come to resemble the same kind of movie aimed at the same kind of person. Last year we saw something we’ve never seen before – a kind of diminishing return on the Oscar brand.

Films like West Side Story and King Richard did poorly at the box office and it seemed people avoided them because they were Oscar movies, as opposed to wanting to see them because they are Oscar movies. That is what changed dramatically last year. They were not niche films, particularly, but the brand has become slightly off-putting to people who are just looking for a nice little escape at the movies rather than watching movies with messages.

What they really need, and no one will agree with me on this, but I’ll say it anyway, is to shake things up significantly by letting the “barbarians” at the gate inside the palace walls. They need more of the kinds of movies that get terrible RT ratings but high audience ratings. I don’t think this will be possible, but I do think it’s the necessary fix to a bottleneck.

So why would I bring this up now? Shouldn’t I be talking about frontrunners and such? Well, I will be covering that tomorrow.  As we begin the season, it’s important to pause and reflect on where we are as a film community, and what has happened over the past few years. Are we still in the grips of punitive “cancel culture”? Well, yes, it seems we are. How bad is all of it going to get in the coming months? Well, pretty bad. How can we hold onto ourselves through that? By giving people the benefit of the doubt and not condemning them based on fear.

Take, for instance, the new Peter Farrelly movie that will be premiering at TIFF:

To show support for his neighborhood friends serving in Vietnam, Chickie Donohue (Zac Efron) decides to do something totally outrageous: travel to the frontline by himself to bring the soldiers a little piece of home — their favorite can of American beer. However, what started as a well-meaning journey quickly turns into the adventure of a lifetime as Chickie confronts the reality of this controversial war and his reunions with his childhood buddies thrust him into the complexities and responsibilities of adulthood. Based on an incredible true story, “The Greatest Beer Run Ever” is a heartfelt coming-of-age tale about friendship, loyalty and sacrifice.

I, for one am looking forward to this movie. I am not, however, looking forward to how it will be dissected and scrutinized because it’s Farrelly who directed it, the guy who was persecuted over Green Book — still a true low point in our shared history of covering the Oscar race in my view. I don’t know if we can get beyond this new way of evaluating films and filmmakers — through an extremely critical lens.

Failing to factor in free market trends, rendering box office irrelevant, has meant that the Oscar race and Hollywood can simply get down to the business of tinkering with improving a manufactured utopia. We’ve all created a world we want instead of telling stories about the world that is. In such a polarized country, to only ever hear one side of that war is, frankly, getting a little played out.

I expect that is why you’re starting to see successful movies like Top Gun: Maverick, or shows like Yellowstone or Terminal List. There is an appetite for what Hollywood has always done. It’s just that it’s become a bit of a walled-off amusement park, a secluded cocoon, if you will. The best way to break free from that is to not kill movies the way so many people tried to kill Green Book. Yes, it still won Best Picture, but the uproar took us to a place the film industry and Hollywood was never meant to go.

Now, there is this irrational, ongoing threat of white men succeeding in any way, but especially those who have already been targeted or called out, like Farrelly.  Is there going to be a desire to take down his movie just because of who he is, and will this apply to other white men as it often has for the past few years?

This kind of ideology can’t be squared with a free market because the free market is, quite simply, a numbers game. For all of our talk about how corrupt and systemically racist Hollywood and the Oscars have been, it’s also important to remember that much of it comes down to majority rule. Suppose the majority in this country has traditionally been white people. Doesn’t it make sense that the movies that would make more money would be primarily about characters those audiences identify with? 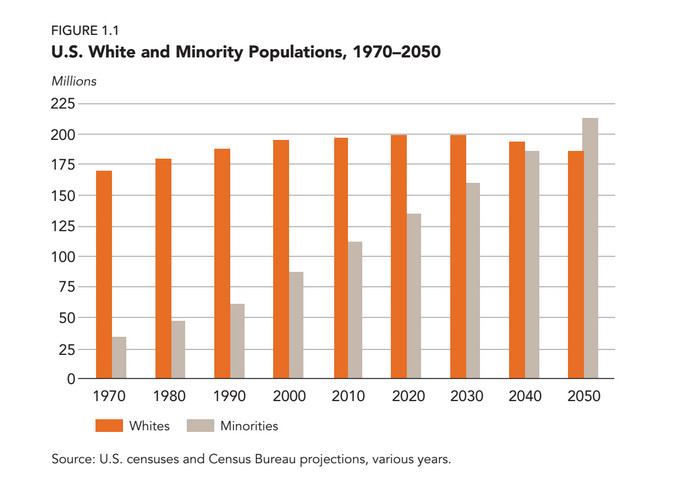 The dominance of the white male experience shut out too many people for too long. At least they can say that is most definitely not the case anymore. Everything is changing. In some sense, the Oscars are a relic of the past. But too much responsibility is put on them to right the wrongs of society. They can’t survive it.  And neither can the film industry. There are so many great stories yet to be told — but no one will tell them if they are too afraid. No one will finance them if they are too afraid. But if they do, people will watch them.

When you have a free market that means you have to try to please more people than just a few. When you do that you have to consider more universal themes. We all need a little joy in our lives, a little humanity, unity. Nothing does that better than movies.

My directive this season will be to cast a wider net, to say yes more than I say no. Perhaps that will allow some genetic drift to open up the bottleneck.

Here are some Tweets for TIFF.

Florence Pugh stars in the Canadian Premiere of Sebastián Lelio (@Slelio)’s THE WONDER, which follows a nurse in 19th-century Ireland who is hired to investigate the case of a child who has not eaten for four months. #TIFF22 https://t.co/JPrB42DQAt pic.twitter.com/jjfqDyxkG2

You had us at demon brothers voiced by @KeeganMKey & @JordanPeele.

The World Premiere of Henry Selick’s WENDELL & WILD is an animated comedy-adventure that follows a pair of demon brothers who ally with a goth teenager to defeat their archnemesis. #TIFF22 https://t.co/WO9gnygLdv pic.twitter.com/sfQgO16V51

Cesc Gay returns to the Festival with the World Premiere of STORIES NOT TO BE TOLD, five tales of human vulnerability and the hilarious, painful, and extremely awkward curveballs life sometimes throws us. Starring Chino Darin and @AnnaaCastillo. #TIFF22 https://t.co/MvnOkHZhbJ pic.twitter.com/6QQqgm2I3F

In the World Premiere of Mark Mylod’s THE MENU, the culture of haute cuisine gets thoroughly roasted in this sizzling satire about a destination-dining experience. Starring @anyataylorjoy and Ralph Fiennes. #TIFF22 https://t.co/6Eg7anU7Ah pic.twitter.com/coDauaWdC8

The World Premiere of Stephen Frears’ THE LOST KING retells the true story of an amateur historian battling skepticism and bureaucracy in a quest to locate the final resting place of King Richard III and stars Sally Hawkins and Steve Coogan. #TIFF22 https://t.co/SlR0Vwm9qB pic.twitter.com/3H2L0RIwEq

Tilda Swinton in dual roles 🤝 All of us

In the North American Premiere of Joanna Hogg’s THE ETERNAL DAUGHTER, Swinton plays a daughter and her elderly mother, who are forced to confront past memories while visiting an eerily empty old manor. #TIFF22 https://t.co/I11iR86bVL pic.twitter.com/y3FYa3IOcJ

The North American Premiere of Marie Kreutzer’s CORSAGE is a visually stunning contemporary waltz through the life of the extravagant Empress Elisabeth of Austria, whose beauty and corsetry was famed in lands far and wide. #TIFF22 https://t.co/zM3Gdnhktn pic.twitter.com/GhtVvE2IPR

The World Premiere of Stephen Williams’s CHEVALIER is an opulent historical drama that turns the spotlight on a brilliant Black artist whose legacy has been woefully obscured and features a dynamic performance from Kelvin Harrison Jr. #TIFF22 https://t.co/O3QSQB591a pic.twitter.com/17H5tGK2Ex