The Case For: Tom Pelphrey for ‘Ozark’

by David Phillips
in ADTV, The Case For
0

It was a sizable surprise to many when Tom Pelphrey didn’t get a Outstanding Supporting Actor in a Drama Series nomination for his performance as Ben Davis, the doomed brother of Wendy Byrde (Laura Linney) in the third season of Netflix’s Ozark. Pelphrey’s ability to move from seemingly steady, to euphoric, to deep depression as the bipolar Davis was remarkably believable.

Aside from whatever technique that was required to phase in and out of his character’s ever changing moods, there was a deep, heartbreaking soulfulness to his performance as well. Whether Ben was sparring with Wendy (seldom has a brother/sister relationship been portrayed with such complexity), bonding with her teenage son Jonah, romancing Ruth, or completely losing his shit at various points, you never questioned the character’s authenticity or Pelphrey’s commitment to the role.

Put all that together with Ben’s tragic end, and Ozark’s Emmy-friendly voting bloc, and one might have seen Pelphrey as a shoo-in for a nomination. However, when the roll was called, Pelphrey was not on it, and many a fan and journalist were left slack-jawed.

Of course, we never actually saw Ben die at the hands of Nelson (Nelson Bonilla), we only saw the moment that the cartel henchman came for him (at Wendy’s behest) and the aftermath involving the dispatching of his body by incineration. It took the fourth and final season of Ozark to fill in that blank space, and it did so in wrenching fashion. 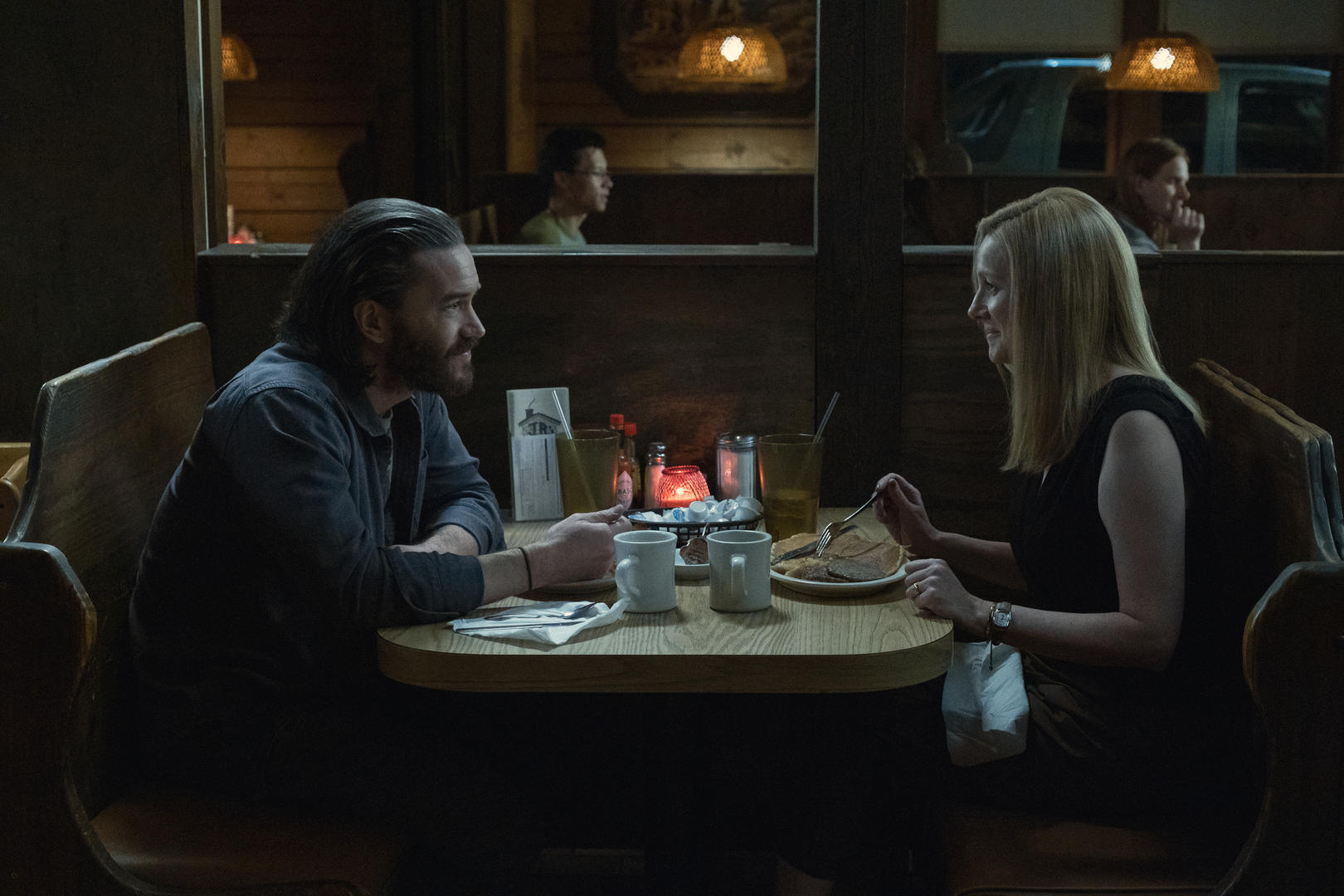 We come back to Ben in the restaurant, looking for Wendy, right before the point when he sees Nelson come for him. Wendy has left the restaurant and dropped a dime on her own brother—deciding that he is simply too erratic and dangerous to save. Ben’s very existence puts Wendy and her family’s own fate in a never ending state of peril, and Wendy is nothing if not a survivor.

That haunting moment as Nelson approaches and Ben knows how he got there was searing enough in season three. Even so, little can prepare the viewer for what happens between that moment and his eventual death. You see Pelphrey masterfully take Ben through all the stages of grief: denial, bargaining, and acceptance, and then even more bargaining.

And that’s the part that hurts so intensely that one could be forgiven for wanting to look away—the bargaining. Nelson is a stone-cold killer. Ben knows that. Even as he weakly tries to reason with Nelson, Ben, who may be mentally addled, is not stupid. This is going to happen.

Perhaps no moment this year on television was as painful as Ben berating himself and pounding his head against the passenger’s seat window of Nelson’s black as his dark heart SUV. As the tears stream down Ben’s face, and the thudding sound of his soon to be shot through the head cranium connects over and over against that thick glass, and Ben performs a mantra of self-hate, it is an almost unbearable sight.

In fact, the whole drive is excruciating. Ben’s effort to make some sort of human connection goes entirely unfulfilled. Nelson is a cold as a stone killing machine, and he offers no semblance of humanity back. Ben is a job to Nelson, and Nelson is going to do his job.

At one point on this excruciatingly long drive, Ben calms down, and seems to find acceptance. Then he and his killer arrive at the secluded location where Ben’s life will be put to an end, and you see him try to engage Nelson one last time, as if to steal just a few more seconds of precious life, but again, Nelson is not there for that. He is there to have Ben go to his knees, stay still, and take a bullet to the head.

The brutal, efficient nature of the killing is hard to stomach. Ben, a genuine physical force in his own right, never fights or attempts to escape. While that effort would have almost certainly ended in futility, it’s the fact that he doesn’t try that I found so significant. As much as Ben clearly still wants to live, he’s just too tired, too sad, and too lost to put forth the effort. All his pride is gone, and soon, so is he. The writing and direction of the sequence is extraordinary enough, but it’s the performance of Pelphrey that makes every inevitable moment so shattering.

The Emmys missed on Pelphrey for season three, but they have at least partially redeemed themselves by nominating him in the category of guest actor in season four. Now that Pelphrey is here, where he belonged all along, I can’t imagine how anyone would vote for another actor in this category—no matter how fine the work of Pelphrey’s competitors.

Tom Pelphrey’s performance in that single episode of Ozark’s somewhat polarizing final season should be impossible to deny. I hope the Emmy voters don’t prove me wrong.

The Crunchyroll Anime Award nominations will be announced soon, so I wanted to promote my personal top six shows that...