The Woman King Launches to $18 Million with an A+ Cinemascore

Download: The Woman King Launches to $18 Million with an A+ Cinemascore

The Woman King heads into opening weekend with unanimous praise from critics and an A+ Cinemascore, according to Deadline. That makes it a strong contender for Best Picture and Best Actress, at the very least.

Saturday AM Update: TriStar/eOne’s The Woman Kingis coming in higher than expected, with an $18M opening boosted by lively word of mouth off an A+ CinemaScore and a massive 95% positive on Comscore/Screen Engine’s PostTrak. Friday, including $1.7M previews, came in at $6.8M.

Comping this Black female epic to previous Hollywood titles was a challenge, but that’s also what made the project extremely appealing; the fact that there’s been nothing else like it, as TriStar Boss Nicole Brown said at TIFF last weekend. Some were guessing that Harriet ($11.6M) and Viola Davis’ Widows ($12.8M) were the right comparisons, but even going back to Thursday previews, Woman King has already bested those numbers. No theatrical window has been indicated yet for the Gina Prince-Bythewood directed movie, which indicates Sony’s commitment for the long haul theatrically for this movie during awards season. 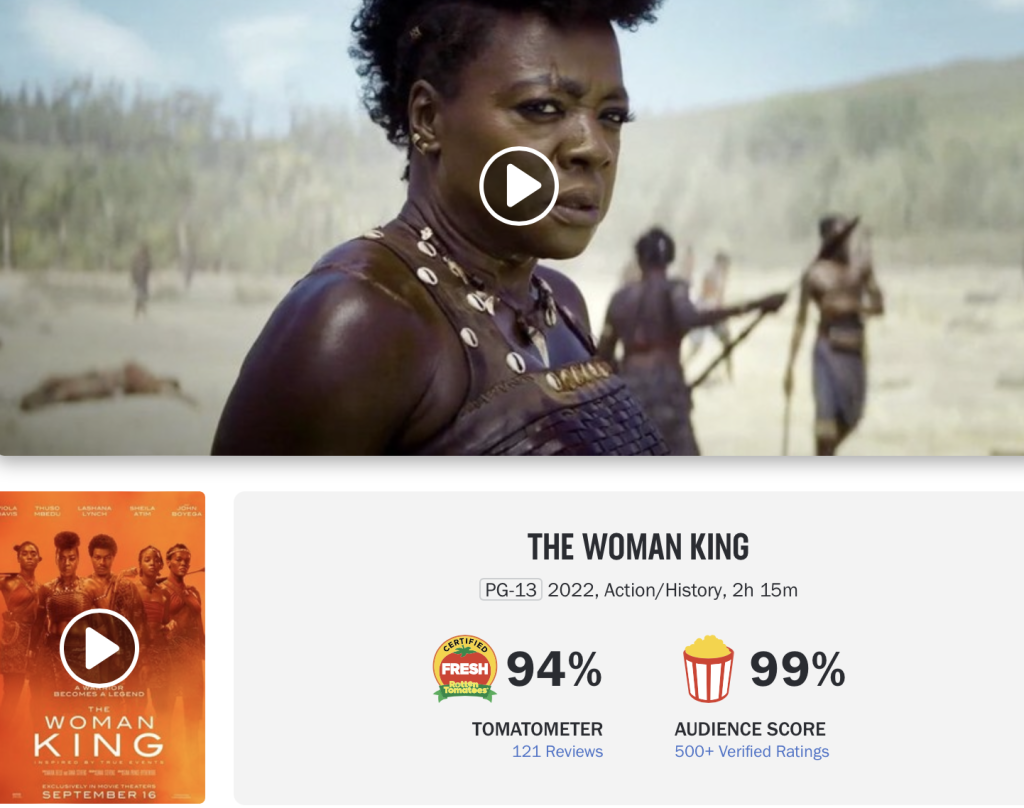 Glenn Weiss and Ricky Kirshner To Produce the 95th Oscars