Oscar Predictions 2023: How to Predict a Ranked Choice Ballot

by Sasha Stone
in News
29

Download: Oscar Predictions 2023: How to Predict a Ranked Choice Ballot

Whenever you hear someone say “that movie can’t win on a preferential ballot,” it’s necessary to nail down what they mean by that.

And some will say, of late, it doesn’t have a social justice component (made by or about a woman and/or a person of color).

While it’s true that all of these can come into play, sometimes just pure brilliance can drive a movie through. It doesn’t happen often, but it happens enough that we have to remember rules were meant to be broken.

Parasite had a bummer ending. So did Nomadland, more or less. They had other factors that spurred voters to push them to the top of their ballots.

CODA, of course, had both the feel-good ending and the idea that they could do something good with their vote for the predominantly deaf cast.

A happy ending isn’t always the way to Oscar voters’ hearts, as we discovered last year with Belfast. It can help but there has to be other things at play. For instance: what film might make the SAG voters leap to their feet in a standing ovation (Parasite, CODA)? And will that matter when it comes to Best Picture?

What film is going to get attacked in the press? What film or director is going to win the DGA? Are voters ready to abandon the need to “do something good” with their votes and just vote for a film they really loved?

A friend of mine wrote me a minute ago to tell me that a prominent Oscar pundit told him that there was 0% chance a certain film could win Best Picture. There are some films in the race right now that are definitely at 0% chance — but the movie he referenced is not one of them. Some Oscar pundits can become so intoxicated by their own power it blinds them to the possibilities. I kept thinking CODA had no shot because it only had three Oscar nominations. But that was wrong. The Oscar race is fluid, not static. If voters feel themselves being herded to pick the frontrunner, they will often rebel and go with their hearts.

A plurality vote measures passionate support. But a ranked-choice vote measures the overall preference of the majority. To win, you want to be a movie that will be selected by most voters in the 1st or 2nd slot. At worst, you can be 3rd. A movie can’t win if it doesn’t hit the top 3 for most voters. They push films to the top of their ballots because of pure love and a need to do something good. Those two things.

Divisive films that inspire love or hate, whether that is an organic reaction to the movie itself or resistance to the frontrunner, makes no difference. If enough people rank it lower on their ballots, it can’t win. Voters often do the dance of “I loved this movie but I should vote for this one.” Whether people actually thought Argo was the best film of the year, or The King’s Speech or even CODA, is secondary to how voting for the movie made them feel. They have to feel protective of and love for the characters in the film.

We loved the son in Parasite. We loved the family in CODA. We felt badly for Frances McDormand in Nomadland and maybe loved her. We loved the protagonist in Moonlight. Even Green Book’s win was driven by love for the characters. These are all people who struggle with ordinary life and success. That feeling you get when a movie ends, where your heart has grown bigger and you want to hug the characters, the movie, yourself or your friend — that’s the kind of movie that can win.

Who is doing the voting? The Academy is divided up into various branches. Here is the latest count of the branches by the numbers, prior to the most recent addition of voters, per Steve Pond at The Wrap:

This year, they invited 397 members, according to Deadline.

The Academy has been trying to change their demographics for several years now by inviting more intentional members, more women, more people of color. At the moment, however, the demographics are as follows: 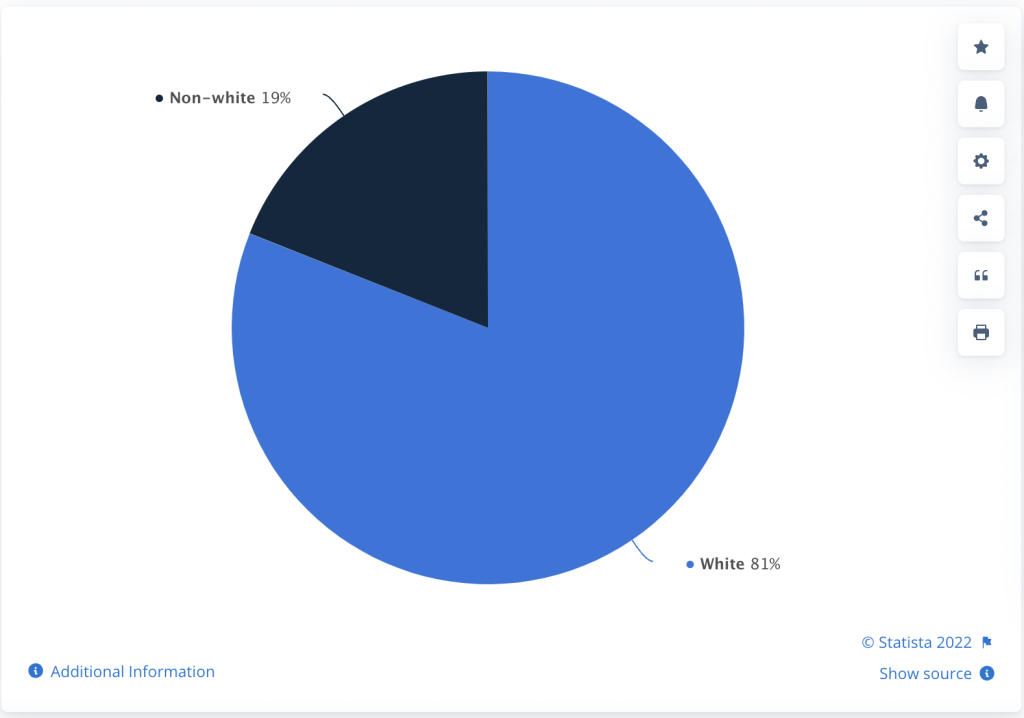 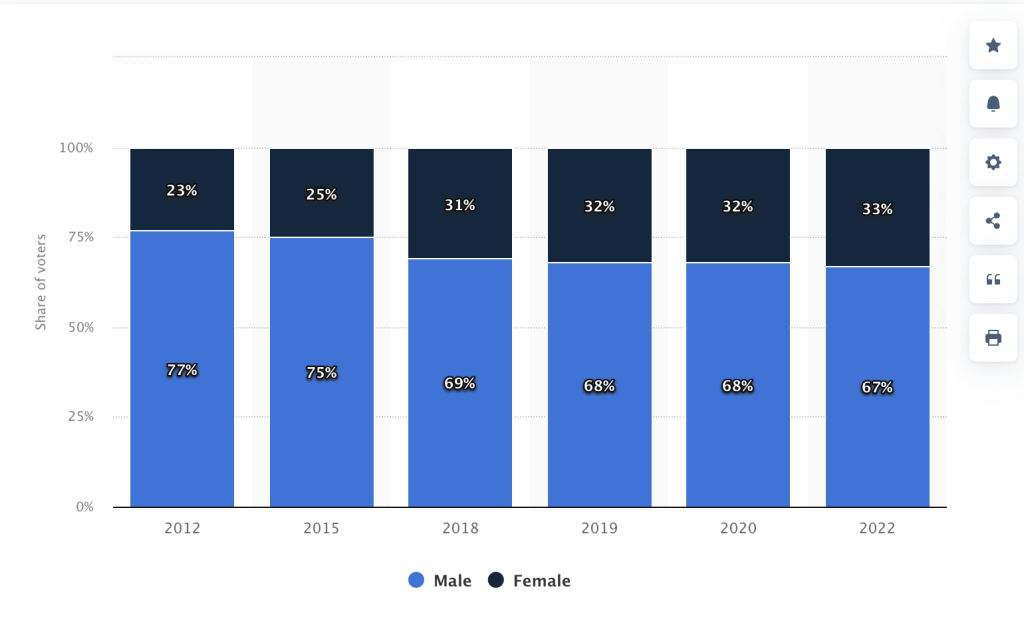 One way to track Best Picture with a ranked-choice ballot is these three things, in order of importance:

As you can see, screenplay strength and acting are two key factors that drive a film to win on a preferential ballot. Director matters less in this era because it’s been decoupled from the top prize, and can be considered a major secondary prize. They wanted to award Jane Campion last year but they liked CODA better overall.

With so many directors writing their own screenplays, voters tend to like to spread the wealth more than they like to give all of their awards to one person. Only two movies have done that since 2009: Birdman and Parasite. Both won SAG ensemble. They both had hard-charging passion heading into the race and had the support of the largest branch, the actors.

In terms of original screenplay, all of these films are competing:

The Fabelmans
The Banshees of Inisherin
Everything, Everywhere All At Once
Babylon
Elvis
TAR
Empire of Light

Adapted screenplay so far has:

Women Talking
She Said
Avatar: The Way of Water
The Whale

Only She Said is written by someone other than the director. In general, that movie isn’t going to win both of those top prizes. The only exception to that is pure love. If voters feel pure love for a movie, they will give it everything.

When in doubt, follow the screenplay. I already know which original screenplay I think is the best written. Whether that movie will also win Best Picture we can’t really know until we’ve seen everything.