This was my first visit to the Middleburg Film Festival. Luckily enough, it coincided with the prestigious film festival’s 10th anniversary. In just 10 years, the Middleburg Film Festival managed to cement itself as “a must” on the path to the Academy Awards. This year alone, Rian Johnson (Glass Onion: A Knives Out Mystery), Stephanie Hsu (Everything Everywhere All At Once), Noah Baumbach (White Noise), Brendan Fraser (The Whale), Gina Prince-Bythewood (The Woman King), and more were in attendance to support their films and receive tributes. And the festival itself is packed with excellent titles. Unfortunately for me, I was unable to attend the entire 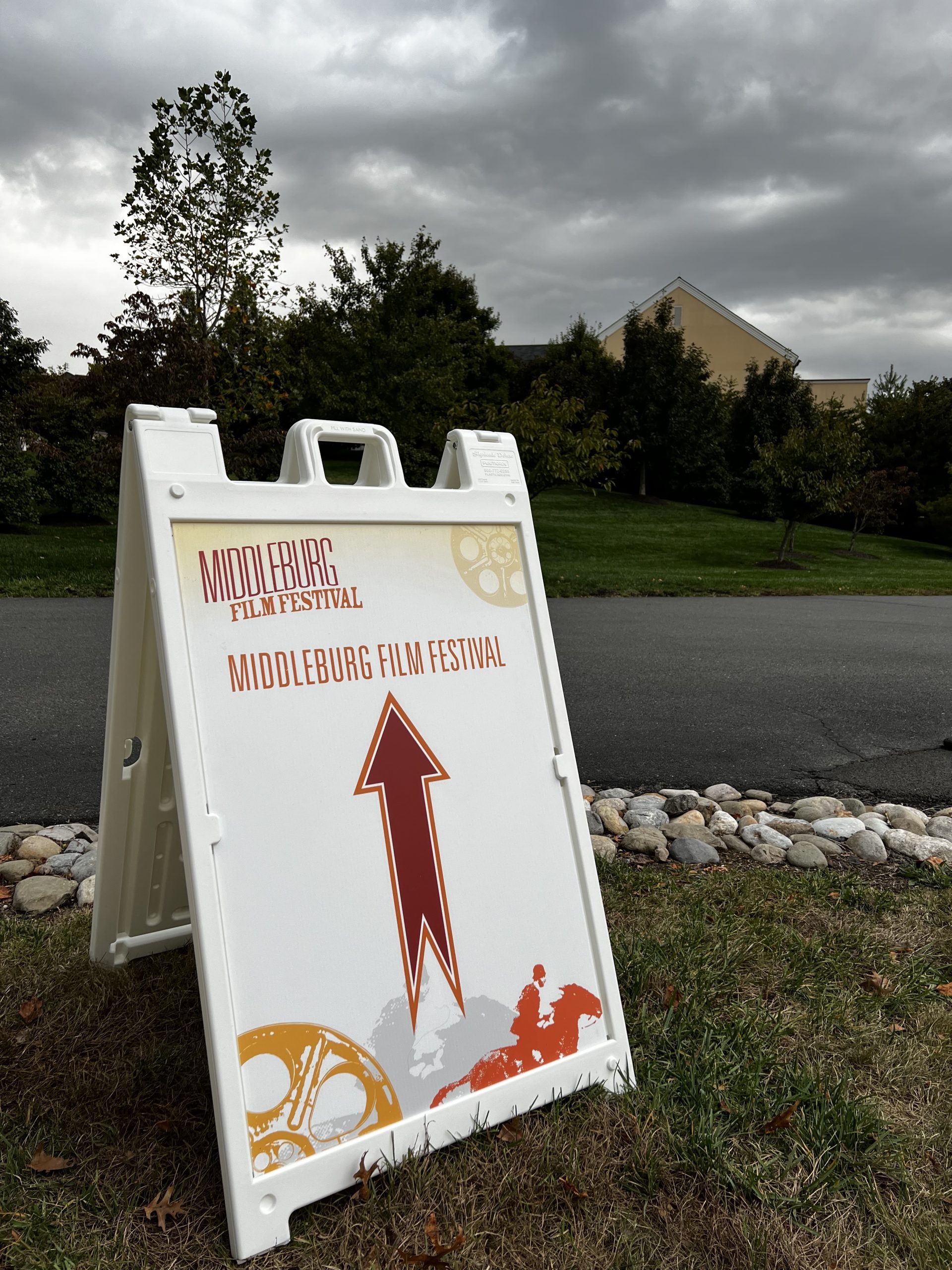 festival due to family matters. I’ll change that next year.

First off, if you haven’t been to Middleburg, Virginia, it’s a tiny, historic town nestled in the rolling hills to the southwest of Washington, DC. It’s the kind of town where the houses all look 300 years old, and all the streets feel as if they’re covered in cobblestones. On my drive to the festival (I live four hours away in North Carolina), I passed by an old, authentic Dutch Colonial house that reminded me of the infamous house from The Amityville Horror, right down to the shifty “window eyes” adjourning the chimney. And that, for very macabre reasons, made me smile.

The festival itself lives primarily at the Salamander Resort & Spa, a gorgeous place cemented on a sprawling plot of land. It’s the kind of place that begs for exploration via long hikes where you’d come back on a chilly fall day and sip wine by a roaring bonfire. Of course, given its premiere status on the east coast, it’s not an inexpensive place to stay, but it was a rare treat to be able to visit during the festival.

My first film of the festival was Noah Baumbach’s White Noise on Thursday night. Based on the novel by Don DeLillo, the film serves as Baumbach’s first adaptation, and I was pleasantly surprised by how both inventive and risk-taking the film was while simultaneously emerging as a mostly very focused piece of art. Adam Driver and Greta Gerwig play Jack and Babette Gladney, a married couple raising something of a Brady Bunch family in an Ohio college town. Like the book, the film divides itself into three sections: one dedicated to establishing their world (Jack is a college professor focusing on Hitler studies), the second dedicated to an “airborne toxic event,” and the third dedicated to the event’s aftermath and the characters’ preoccupation with death.

As Baumbach said while introducing the film, we all need something light and hopeful following the very rough last two years we’ve endured.

“This is not that film,” he deadpanned.

And indeed it is not. However, there’s much to celebrate here, including an outstanding production design (Jess Conchor) that both celebrates and satirizes the day-glo, consumer-baiting supermarkets of the 1980s. Driver carries off a good performance as Jack, despite my misgivings on his casting after having read the book, while Gerwig fares better in the film’s latter third. As with her performance, not everything works here, and it is far from a perfect film. But as someone who failed to appreciate the longer philosophical tangents DeLillo takes with the material, the Cliff’s Notes version this film offers manages to distill the book’s themes and narrative into something that still works very well. Plus, it closes with a kick-ass song called “new body rhumba” written for the film by LCD Soundsystem. This one surprised me and, shockingly, emerged as my favorite film of the festival. 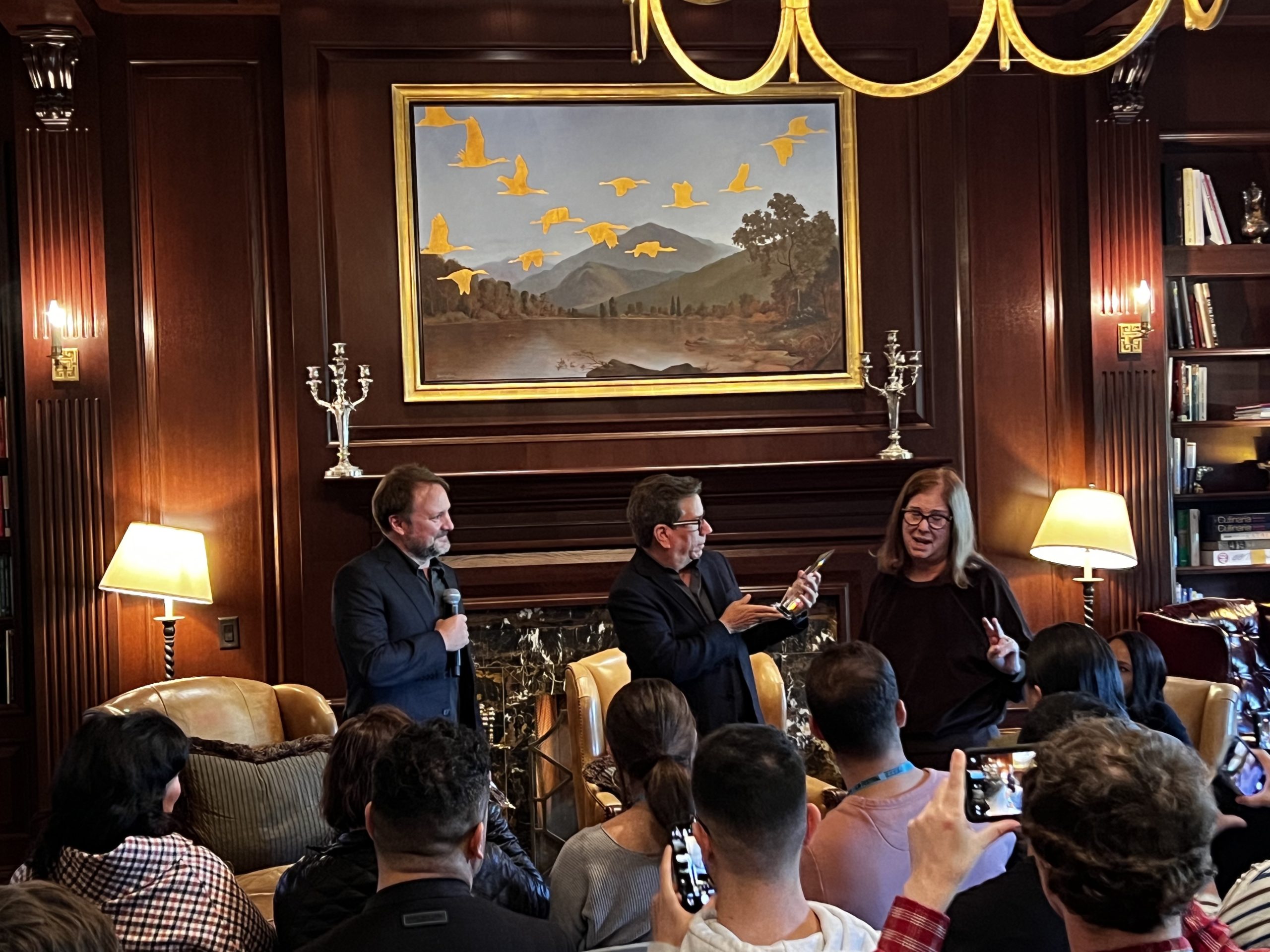 Given my abbreviated attendance at the festival, I packed as much into Friday as my middle-aged body could stand. I started the morning with a Variety Creative Collaborators Award presentation, moderated by Jazz Tangcay, to Rian Johnson and editor Bob Ducsay for their body of work stemming back to Looper and, of course, through Glass Onion. Following that, I eagerly jumped into line to catch Maria Schrader’s She Said, the journalist-focused film detailing some of the intensive work that went into cracking the Harvey Weinstein sexual harassment scandal. Actually, based on the events described in the film, calling this sexual harassment feels too slight. It’s more akin to repeated sexual assault, completely excused by the Hollywood system.

Carey Mulligan and Zoe Kazan play the New York Times reporters, Megan Twohey and Jodi Kantor, who broke the story and eventually wrote a book on which the film is based. She Said essentially comes in two halves: one that pulls the Weinstein case into their focus and another that introduces characters representing a few of Weinstein’s victims. The second half of the film is the strongest by far as it gives a voice to some of those who so significantly suffered at his hands. It also offers the film’s two best performances, in my opinion, from Samantha Morton and Jennifer Ehle. Mulligan and Kazan are good in their roles, but the nature of the story and of modern journalism offers them in several scenes of walking around talking on the phone. It’s unavoidable, but it’s not that cinematic.

The audience at Middleburg with which I saw the film really loved it. They applauded spontaneously halfway through, which of course is a great sign. It also tells me that the film will fall within the top 10 Best Picture slots. Reviews, guild awards, and critics awards will point to how deeply the love of the film extends. I very much respected She Said, if not outright loved it. I had two specific, but ultimately very mild, issues with it. First, if you don’t know anything about Harvey Weinstein or his successes within the film industry, then you’re not going to appreciate how devastating his actions where to his victim’s careers. It’s often stated in the film, of course, that several women were black-balled in the film industry thanks to various actions of rebuttal against him, but since the film doesn’t truly make him a character (which it absolutely should not do), then you’re really going on your own knowledge of how incredibly influential he was in the 1990s and 2000s. Second, there is an actress appearing in the film who did experience real trauma at the hands of Harvey Weinstein, and I personally found her presence to be a distraction. Still, She Said will rise to become a very worthy Best Picture nominee.

Next up, Rian Johnson’s Glass Onion: A Knives Out Mystery captivated the audience with its quick wit and star-driven performances. For me, all of the elements of a great movie were there: strong performances, beautiful costumes, great production design, brilliant editing, etc. Yet, when assembled as a collective film, it just didn’t work for me. I have wracked my brain to figure out why, but I came up empty. It was a short exercise, honestly. There’s not much in my brain these days.

I had the same experience with Knives Out. Both films, for me, felt that I’d somehow missed out on the joke. I feel excluded because I just don’t love these films as much as nearly everyone around me very clearly do. As a younger child, I was a huge fan of Agatha Christie novels and film adaptations, so I suspect it has something to do with my personal tastes in murder mysteries being very attuned to the traditional British rhythms employed within her works. Johnson and team blow all that up and sort of reinvent their own style here, or at least redeploy a style harnessed on other films onto a murder mystery harness. Even though I can appreciate so much of both films, they still leave me cold. But that’s just my thing. The audience loved it, and most likely you will too. 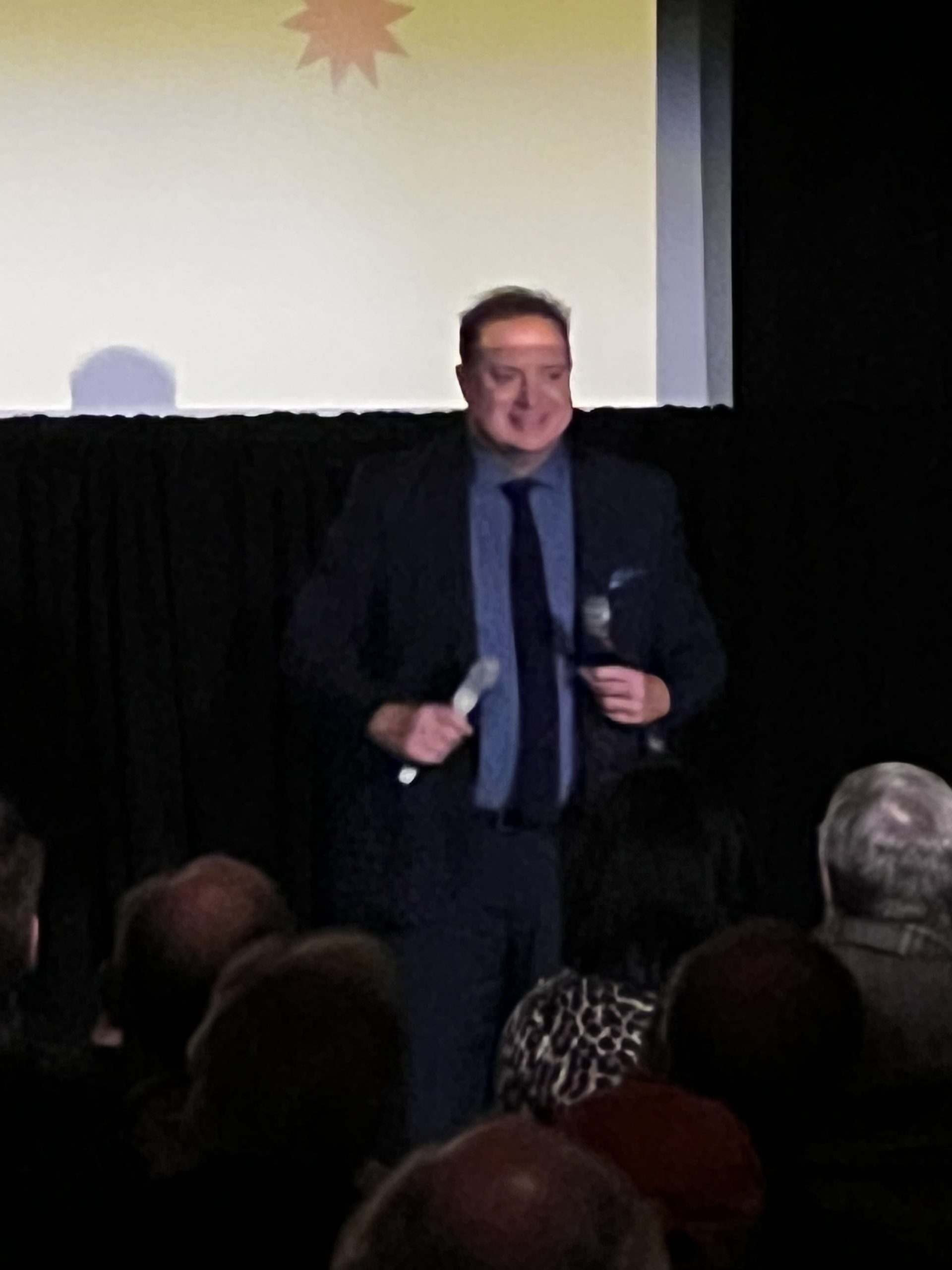 Finally, I closed the festival with Darren Aronofsky’s The Whale, which was introduced by star Brendan Fraser and writer Samuel Hunter. Both followed the film’s screening with a Q&A. To simply say that The Whale is a tough sit will not fully convey just how tremendously unpleasant this film truly is. I fully understand that many have and will love this movie and find it deeply moving. They will connect with it on levels that I will never understand. I, personally, found much of it to be infuriating. To explain why would venture into spoiler territory, so I’ll leave that conversation for a much later day. However, I will say that The Whale emerges as something of a B-side to Aronofsky’s own The Wrestler, and I had the same central issue with both. I do not find the story arc of a white male martyr who doggedly seeks death despite multiple opportunities to avoid it to be particularly compelling. But that’s just me.

Is Brendan Fraser good in the film? Yes, he is good. It leverages his own charisma and nice-guy qualities to play on your sympathies. You’re very torn with your opinion of his character because Fraser plays him as a nice guy who does selfish and inconsiderate things. He’s a strong contender for Best Actor, and people really respond to his genuinely overwhelming emotional response to their applause. He cried again as the film closed and the audience gave him a standing ovation. That’s not going to be ignored by the Academy. However, Hong Chau, in my opinion, gives the best performance in the film because she’s the only actor playing a fully fleshed out character. Poor Sadie Sink’s character of Fraser’s daughter is so thinly written that she’s able to only demonstrate exactly two emotions: thinly veiled contempt/rage and sadness. Sink is a better actress than this material allows her to be.

So, while I had a fantastic time at the Middleburg Film Festival, did I see the Oscar winner for Best Picture? I don’t think so. However, I had to bail early, and there are many more substantial films yet to screen at the festival including All Quiet on the Western Front, Triangle of Sadness, The Banshees of Inisherin, and others. Honestly, it’s almost a curse to have a film festival in such a gorgeous location as you’re torn between seeing great movies and spending time in the beautiful and serene outdoor setting. Maybe next year I’ll be able to stick around a little longer to take in the Virginia air. 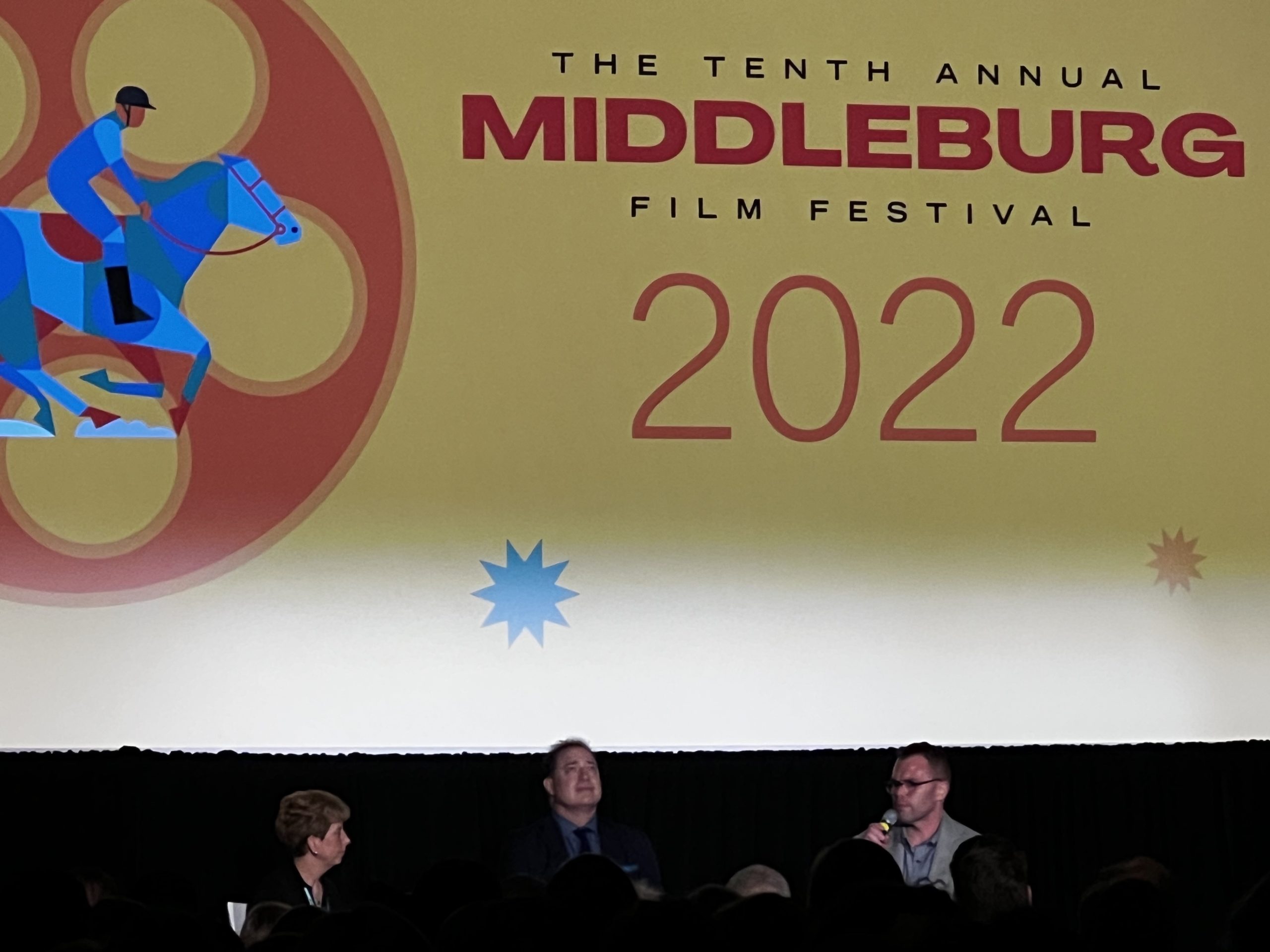 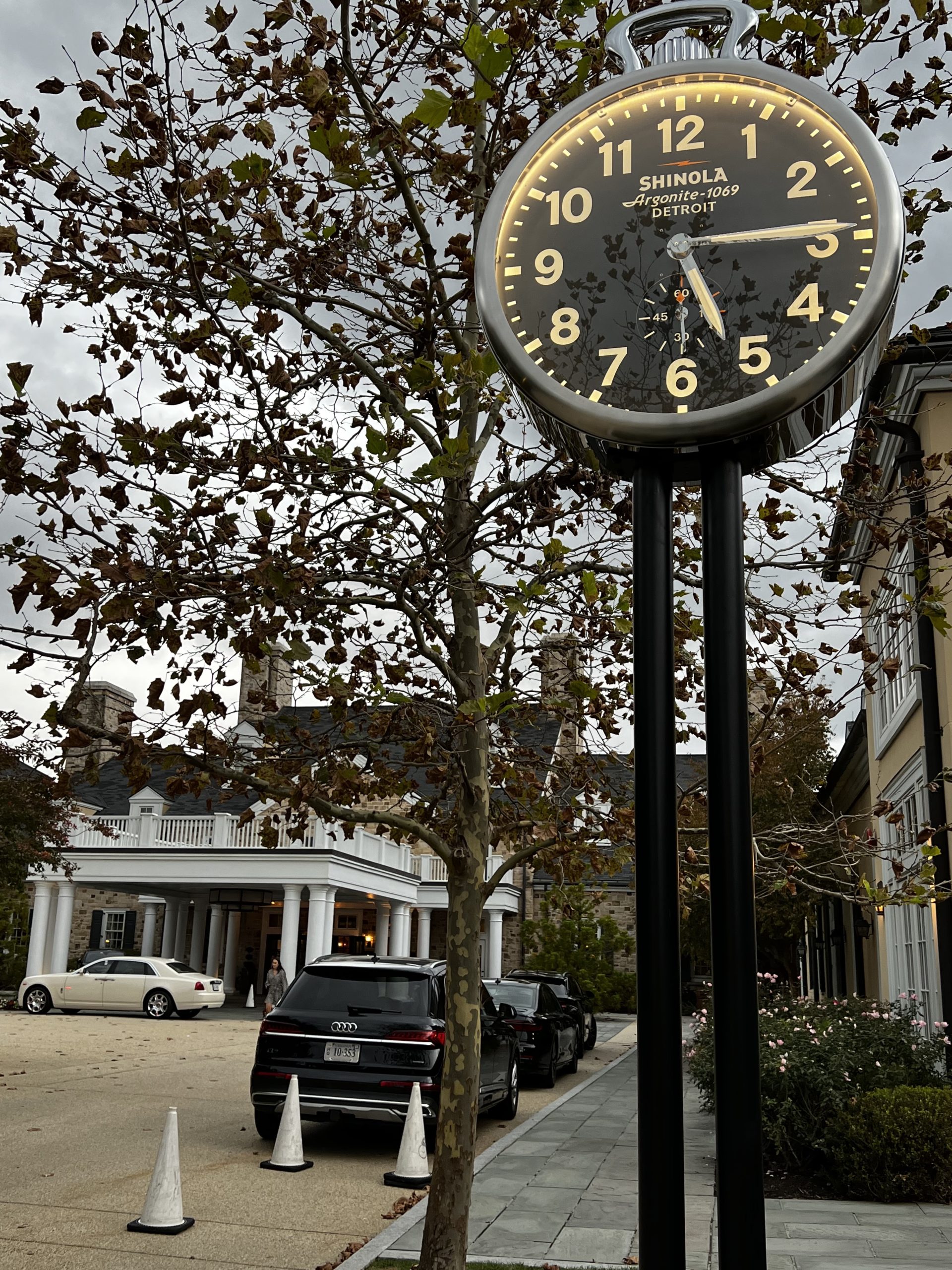 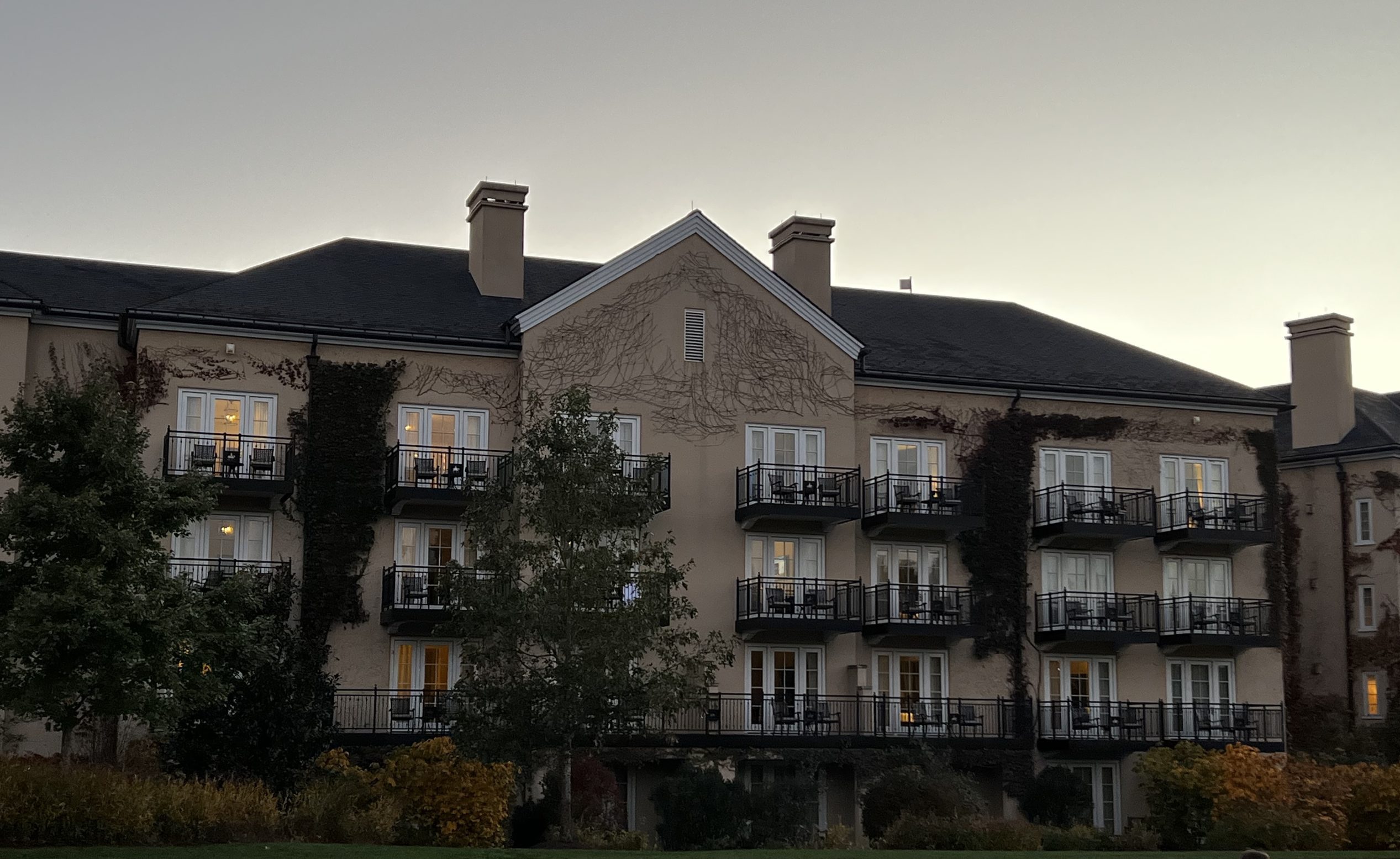