Download: The Quiet Epidemic Is an Infuriating and Alarming Call to Action in the War Against Lyme Disease

“The Lyme Borrelia bacterium is one of the smartest bacteria on the planet. This organism knows how to change forms. It knows how to hide.”

The Quiet Epidemic is one of the most terrifying and provocative documentaries I have ever seen.

We’ve known about the controversial Lyme disease – or Lyme borreliosis – for nearly 50 years. Though most folks mistakenly think about it only impacting the Northeast and Midwest regions of the United States, the reality is that this long-ignored disease exists in the South and Northwest as well. It is virtually everywhere.

The history of Lyme disease is complex and wrought with conspiracy theories. It was originally misdiagnosed in the 1970s as juvenile rheumatoid arthritis. The disease became identifiable by a bullseye-shaped rash – known as erythema migrans – that forms following a tick bite. According to the National Library of Medicine, Lyme is the most common tickborne disease in both the United States and Europe, with an estimated 476,000 cases diagnosed and treated per year in the United States. That is a higher rate than breast cancer and HIV combined. If that is the case, how can it be that there are no human vaccines available?

That is exactly what a team of investigative journalists, medical professionals, and biologists seek to answer in Lindsay Keys and Winslow Crane-Murdoch’s inquisitive and compelling film about Chronic Lyme and tick-borne disease, The Quiet Epidemic.

In the early days of Lyme disease (near the end of the Vietnam War), there was an openness in the medical community to learn further about this cruel and ferocious epidemic and a concerted effort to find a cure. As more and more doctors and scientists spoke up about Lyme being a serious condition, the more they became shunned in the medical community. Their work dismissed. What has ensued over the years has become a medical mystery causing a longstanding war between those who believe in the seriousness of the disease (many of whom have been ostracized by advocating for research to find a cure) and those who feel there is a lack of biological evidence connecting Lyme to the symptoms which range from Dementia, Alzheimer’s disease, ALS, and other chronic ailments. The Centers of Disease Control and Prevention (CDC) and Infectious Disease Society of America (IDSA) are among the biggest obstacles to the advancement of a cure.

Why do we not have a vaccine that is available to the public? The vaccine LYMErix (approved by the Food and Drug Administration – FDA) was available to persons of ages 15 to 70 for a short while from 1998 to 2002. Due to high costs, insurance companies refused to offer reimbursement for the vaccine. This slowed the vaccine’s traction in clinical practices. Many of those who received the vaccine reported side effects, and despite the FDA and CDC finding no connection to the vaccine and these negative reactions, the damage had been done. The media and public deemed this option to be ineffective and unsafe.

Through its masterful storytelling, The Quiet Epidemic does what any good investigative doc should do – it informs, infuriates, breaks your heart, and fills you with hope that there is still time to raise awareness and procure the funds necessary to deliver a cure for all those suffering with this wretched disease. The film balances its many layers effectively: from astute subject matter experts and critical medical officials to disheartened patients and their distressed families. The Quiet Epidemic’s talking heads harmonize what we are learning and what we are feeling as we take in the tragic accounts. The pace of the film is sharp thanks to Crane-Murdoch and Mark Harrison’s superb editing, and the film is backed by a tender, yet urgent score by composer Alex Ebert. 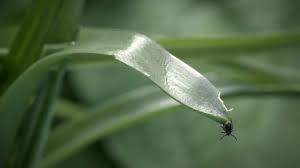 The Quiet Epidemic hit very close to home for me, on a personal note. My older brother has struggled with this nasty illness since 2010. While swimming in a lake in Indiana, a tick burrowed into his left ear, causing physical ailments like tinnitus, vertigo, blurred vision, and muscle spasms, along with mental disorders like bizarre paranoia, depression, and difficulty focusing on simple tasks.

After viewing The Quiet Epidemic, I spoke to him to better comprehend what he and so many are going through. Like those in the film, he explained how the doctors reacted to the symptoms. “They had no clue. Not one doctor said Lyme disease. I was misdiagnosed with Meniere’s disease, Arthralgia, Depressive Disorder, and Fibromyalgia. They tested me for pretty much everything. Since their Lyme test came back negative, they assumed it could not be that.”

Luckily, our aunt felt that their results were wrong and urged my brother to seek out a professional in the field of Lyme disease treatment. This nurse practitioner was the seventeenth specialist he had seen.

When I asked him why he thought the Lyme tests came back negative, the response was pretty simple. “I had been prescribed Prednisone for joint pain. Prednisone is an immune suppressing drug. The Lyme test looks for antibodies in your system, which would not be as readily available when taking an immuno-suppressing drug.”

For this very reason, Prednisone is one of the last medications you should be taking if you are fighting a bad infection like Lyme. While the doctors who had prescribed this were focusing on reducing the pain in his joints, they were overlooking the root cause of his issue in the first place. This only goes to show the lack of expertise around the sickness and why more research is so desperately needed. In The Quiet Epidemic, this is reflected in the ways that the testing is extremely unreliable and results in a large number of false negatives.

When he contemplates on the early days of his illness, you can feel the weight of what he experienced. “It’s hard for me to describe and talk about. I thought I was losing my mind.” This is a common expression felt by those interviewed in The Quiet Epidemic. That feeling of irritation and hopelessness is palpable throughout the film. “The bacteria was deep within my central nervous system. In my cartilage and muscle tissue. It was everywhere.”

His recovery has been a long one, and while there is no way to ever be 100% certain, he is hopeful that his treatment has killed off the bacteria in his body. But what remains is significant scar tissue from the severity of the infection he dealt with for many years. From time to time, my brother still experiences vertigo, blurred vision, tinnitus, arthritis, tendonitis, prostatitis, and a slew of other remnants the harmful bacteria left in its wake. “There is no way to describe how much random pain I’m in on a daily basis.”

And then I’m alarmed to hear him admit, “a lot of people in my situation would’ve thrown in the towel a long time ago. They would be on disability or have committed suicide.”

That’s a hard thing to hear in a documentary. It’s a razor-sharp wake up call when you hear it from your own brother.

His frustration with our health system is echoed in The Quiet Epidemic as well. Rationalizations have been made that were in the interest of the product, but not the patient. “Lyme disease made me aware how corrupt our health system can be. There is no logical explanation why there isn’t a vaccination that I can give to my children, but for 15 years we have had one I can give to my dog.” He shakes his head in disbelief. “There is a lot of money to be made from chronically sick people.”

The good folks behind The Quiet Epidemic were very generous when I asked if I could share the film with my brother. He was able to tell his story with them on their website (thequietepidemic.com) and, perhaps, find peace with seeing he is not alone in this battle.

After seeing the film, my brother mentioned a few conspiracy theories he had encountered over the years. “I was treated by a Lyme specialist out of network because the CDC did not recognize my infection due to my primary care physician noting that their tests for Lyme were negative. I paid thousands of dollars out of pocket for treatments because my insurance would not cover it. Even the LLMDs (Lyme Literate Medical Doctors) are constantly under heavy scrutiny.”

He then explains his own theory about the Vietnam War and how he feels Lyme disease was the result of a man-made bioweapon. “It’s like a super-bacterium specifically designed to destroy the body that was antibiotic resistant and extremely hard to detect and diagnose. Our government did a lot of experimentation with biowarfare…” His thoughts drift into any credible explanation for a disease five decades in the making that no one still has an answer for.

The Quiet Epidemic is an infuriating and alarming call to action that should be required viewing for anyone involved in health, science, or politics. There are so many unanswered questions regarding Lyme disease and not enough research being done. Why the controversy? Why the difficulty getting adequate treatment? How can so many have the same story – say the same things – and still be told they are wrong?

The Quiet Epidemic seeks to understand why that is the case.

You can watch the trailer for The Quiet Epidemic here. You can listen to “My Heart Won’t Break,” the song my brother wrote and performed about his journey with Lyme disease, here.