by Ben Morris
in ADTV, Awards
0

Crunchyroll, the international brand serving the ultimate anime experience to millions of fans, is revealing today that renowned voice actress Sally Amaki and popular entertainer Jon Kabira will be hosting the 2023 Crunchyroll Anime Awards for the first-ever live show in Japan early next year. 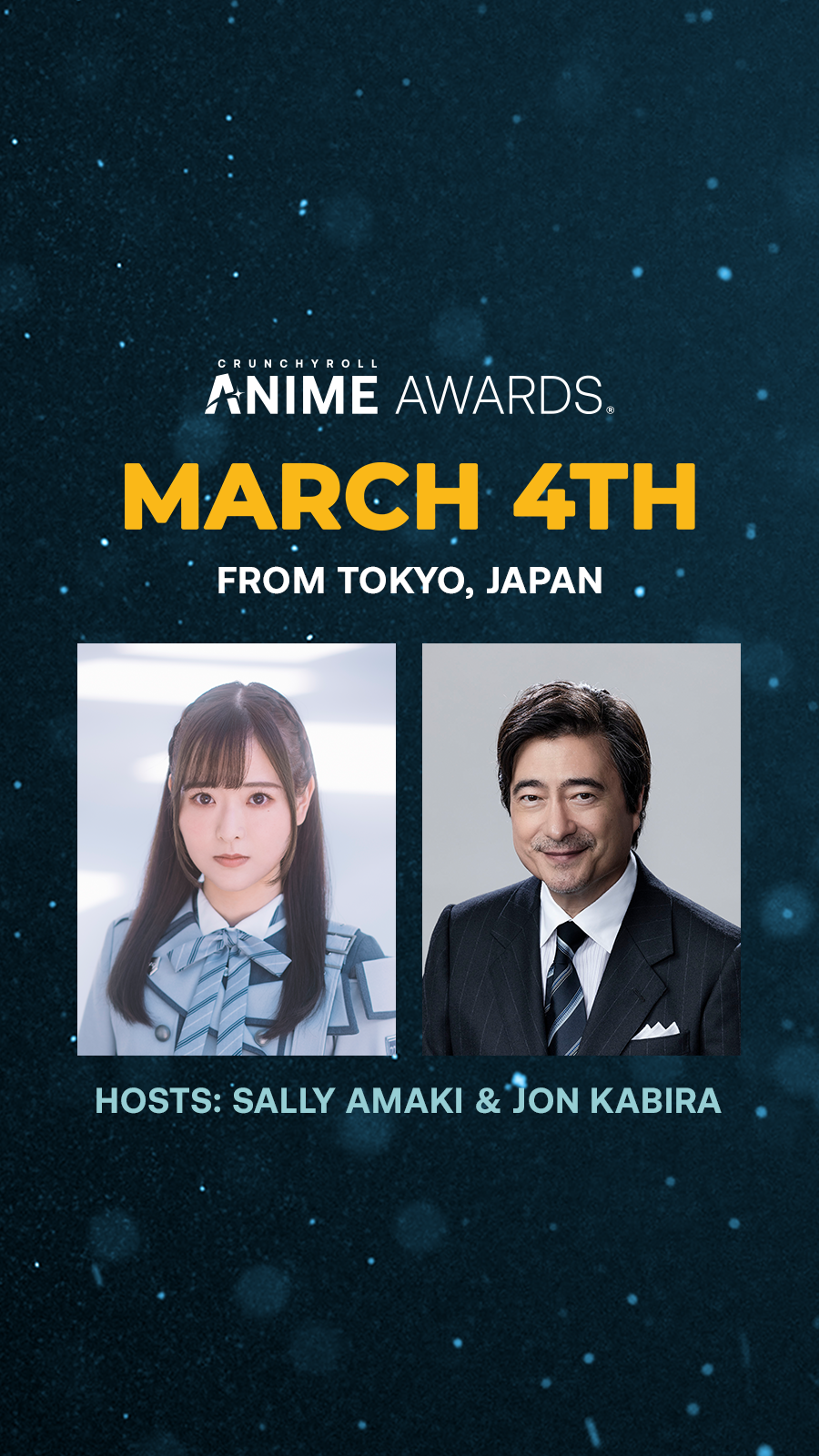 “We share a deep love of anime with Sally and Jon, and we’re so excited to have their energy and passion onstage with us at the Anime Awards next year,” said Rahul Purini, President of Crunchyroll. “We’re looking forward to celebrating the creative forces behind anime’s biggest series and can’t wait to share more soon.”

Originally from Los Angeles, Sally Amaki is a member of the digital voice actor idol project 22/7 (Nanabun no Nijuni), a collaboration between Sony Music and ANIPLEX. Jon Kabira is a host and emcee with a rich history in entertainment, working for many years across radio, music, sports and more.

“I’m very excited to see which anime will win in each category! I will do my best to host this exciting event!” said Sally Amaki

“I’m delighted and excited to be asked to host the seventh annual edition of the Crunchyroll Anime Awards! Sally Amaki and I are looking forward to the event together with the whole world. See you there!” said Jon Kabira.

The 2023 Crunchyroll Anime Awards is the leading yearly awards program honoring the creators, musicians, and performances across streaming and theatrical powering the global love of anime. The seventh edition of the Anime Awards will take place for the first time at the Grand Prince Hotel New Takanawa in Tokyo on Saturday, March 4, 2023, with a live ceremony that will gather the studios, creators, and talent behind the anime community’s favorite series. Sony Music Solutions, part of Sony Music Entertainment (Japan) Inc., will support Crunchyroll in the execution of the event. The event will be streamed for global audiences.

Judges for the Anime Awards 2023 will be announced before the end of the year, with international fan vote on the final nominees beginning in early 2023. Last year, a record 16.9 million votes were cast by global fans for nominees representing nearly 40 anime studios across a record-high eight streaming platforms. More information will be shared across the Anime Awards website and across Crunchyroll social channels.

Crunchyroll connects anime and manga fans across 200+ countries and territories with the content and experiences they love. In addition to free ad-supported and subscription premium content, Crunchyroll serves the anime community across events, theatrical, games, consumer products, collectibles, and manga publishing.

Anime fans have access to one of the largest collections of licensed anime through Crunchyroll and translated in multiple languages for viewers worldwide. Viewers can also access simulcasts — top series available immediately after Japanese broadcast.

The Crunchyroll app is available on over 15 platforms, including all gaming consoles.