The 2022 fall festival season has now wrapped following last week’s AFI Fest, which saw the North American premiere of two major Oscar players: The Fabelmans and Guillermo del Toro’s Pinocchio. The closing night slot and the widely reported standing ovation at the Academy screening didn’t much change the positioning of The Fabelmans on the Oscar Squad rankings. We already thought a great deal of Spielberg’s opus, naturally, and nothing’s changed so far to shake that. Pinocchio’s rapturous reception, on the other hand, definitely impressed a handful of Squaddies with some even predicting del Toro’s Netflix film to become only the fourth animated film to break into the Best Picture race (after Beauty and the Beast, Up, and Toy Story 3).

In other movement, more people have started to take in Netflix’s All Quiet on the Western Front, the German-language adaptation of the classic novel and Best Picture-winning film. Certainly, the World War I epic seems poised to strike heavily in the crafts departments, but will it make it into the Best Picture or Best Director races? Certainly some Squaddies seem to think so.

As we head into the Thanksgiving holiday, we’re looking at a handful of major rollouts or premieres. Next Monday, the world finally gets its first look at Oscar winner Damien Chazelle’s Babylon. We all know that Eric Roberts already weighed in on Margot Robbie’s performance, but we’ll soon see for ourselves if the film has the chops. Sasha will be in the audience Monday night and will have a full report after the film screens.

Otherwise, Ryan Coogler’s Black Panther: Wakanda Forever debuts this weekend, following the first film’s historic Best Picture nomination. Will the sequel follow in its panther tracks? Reviews thus far are kind if not outright glowing. If this film makes it into the Best Picture race, then it’s going to have to be an inescapable box office and crowd sensation, which it certainly could be given the relatively low-key holiday film season leading up to James Cameron’s Avatar sequel in mid-December.

Also debuting over Thanksgiving weekend is Spielberg’s The Fabelmans. When his beloved West Side Story adaptation underperformed at last year’s box office, it seemed to take some of the Oscar wind out of its sails. The stakes aren’t quite as high for The Fabelmans in terms of budget, but it certainly would benefit from a healthy Thanksgiving weekend of box office dollars to keep it in that Best Picture frontrunner place. Is box office critical for a Best Picture win? All you have to do is look back at the last two Best Picture winners (Nomadland, CODA) to know that it’s absolutely not. But let’s just say that a strong 5-day weekend wouldn’t hurt.

You’ll likely next see us after Thanksgiving once we have more data headed into the critics’ season, the next phase of the race. 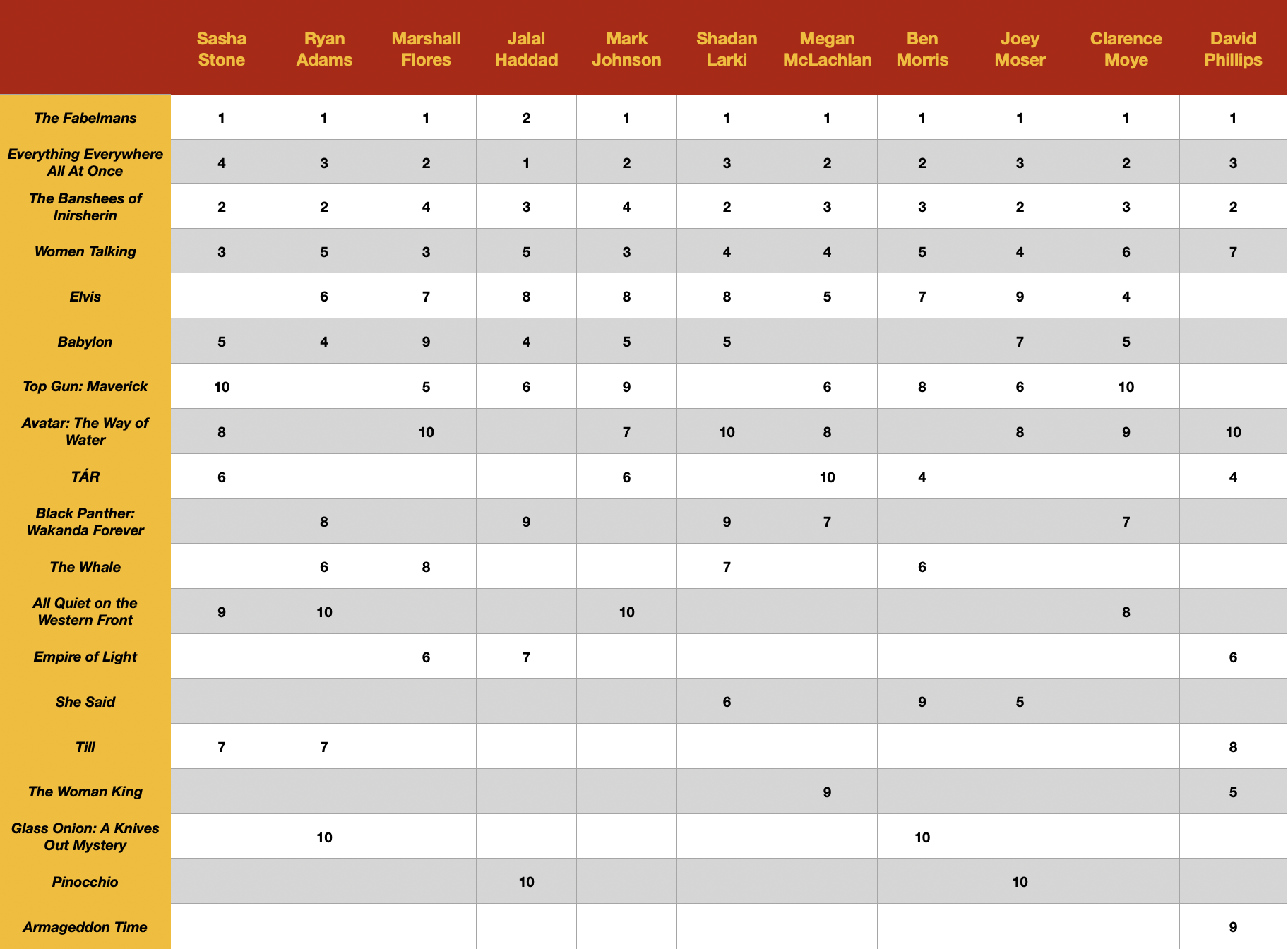 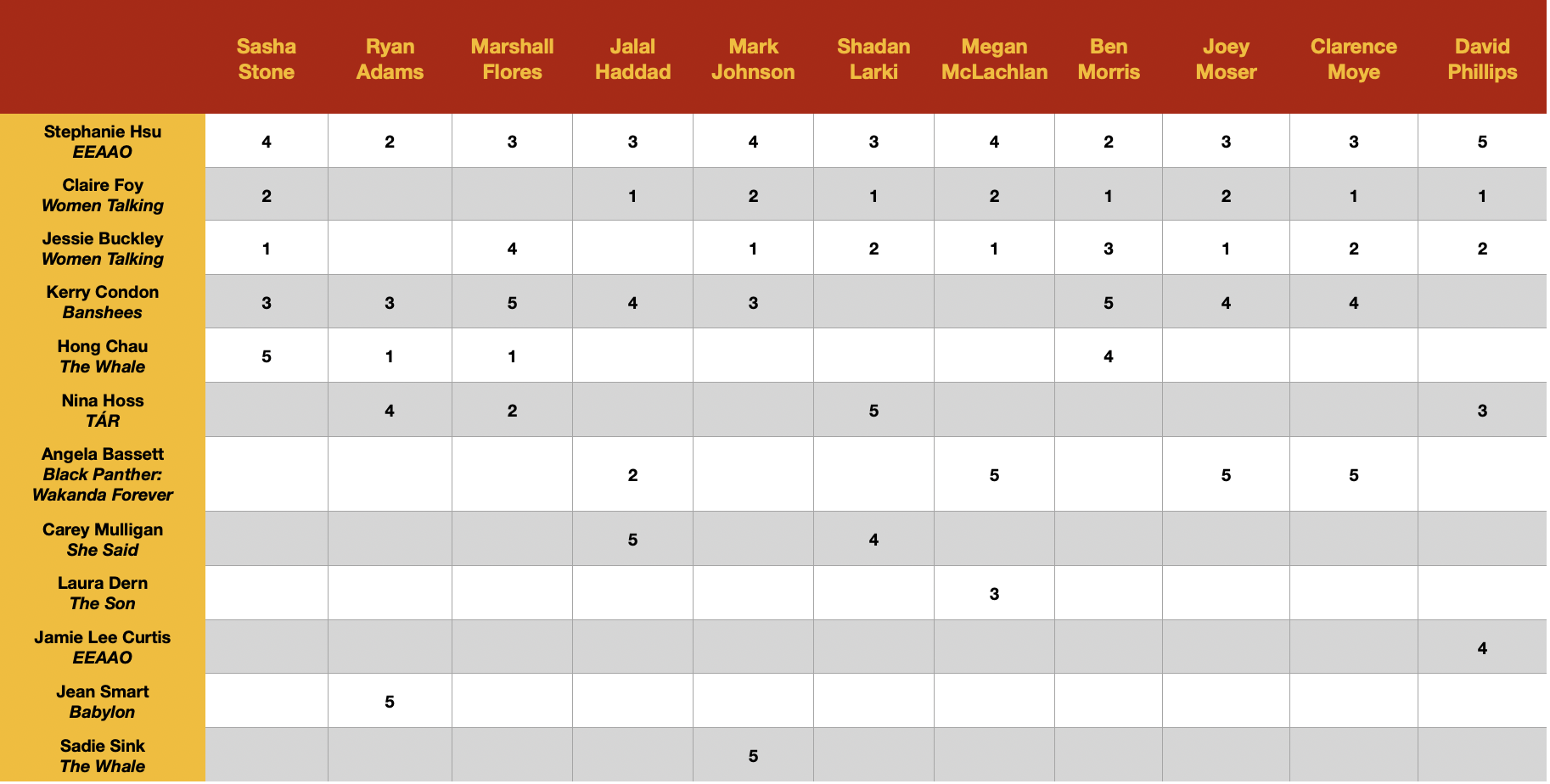 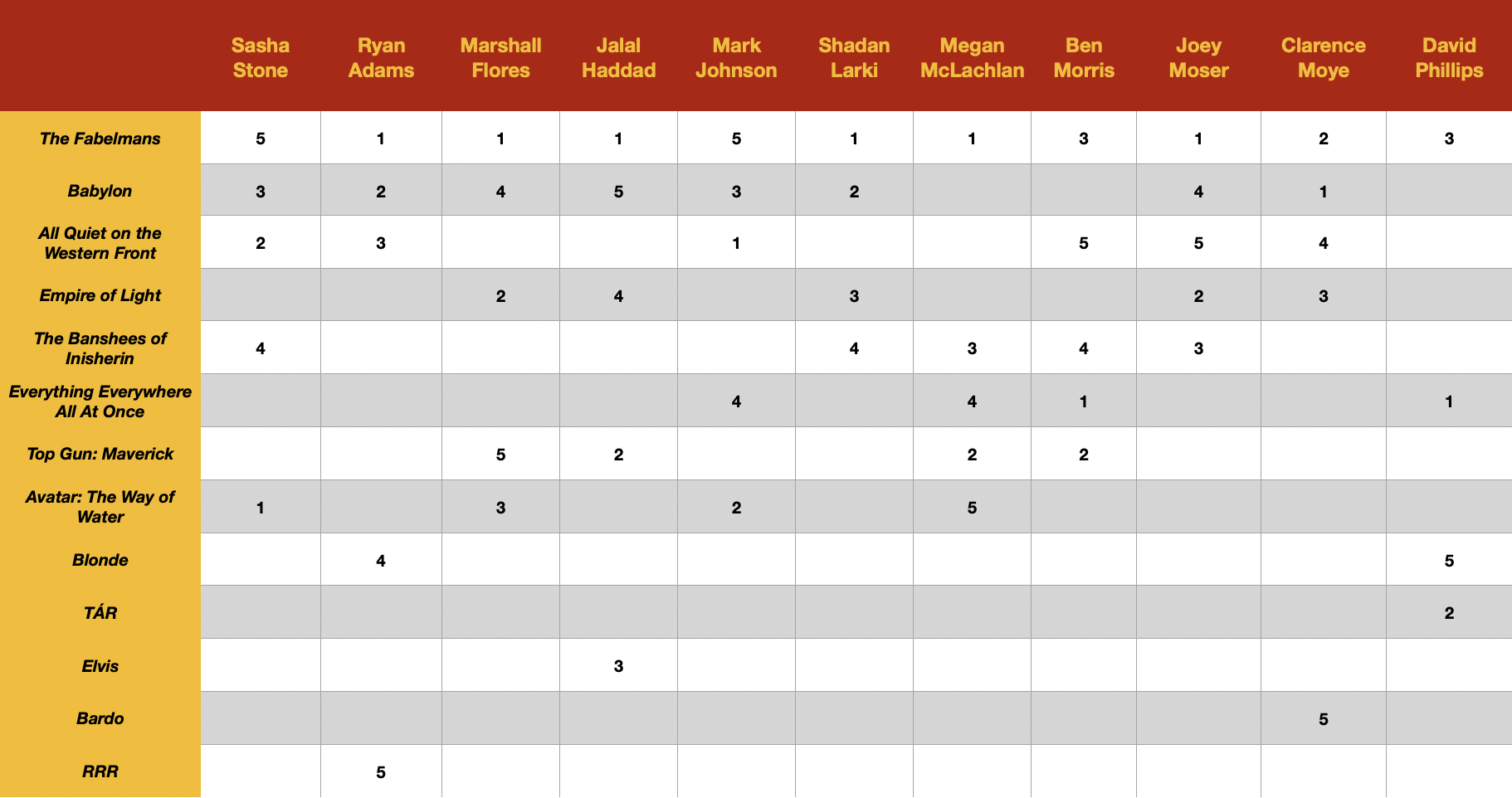