by Joey Moser
in Documentary, SHORTS
0

Download: ‘Stranger at the Gate’ Director Joshua Seftel On Finding Redemption After a Potentially Monstrous Act

We look hatred in the face in Joshua Seftel’s astounding documentary film, Stranger at the Gate, but the biggest discovery is how that hatred transforms into love and acceptance. We are constantly inundated with stories about violence or anger in the media (stay off socials as much as you can), and we sometimes feel numb to what we hear on a daily basis. Seftel’s film gives us hope. It isn’t an easy road to redemption, and Mac McKinney is still walking that path.

We recommend that you watch Joshua Seftel’s powerful film (linked below) before you read this in-depth interview.

At the beginning of our conversation, Seftel reveals that he was originally going to be a doctor. He detailed how he visited Romania right after the fall of Communism and how he witness the adoption of thousands of children from an orphanage. You can tell from his voice how much Seftel longs to use filmmaking as a tool for humanity. After he read about McKinney and Bibi and Saber Bahrami, the director tells me, “I had to make a film about this.”

In 2009, McKinney didn’t recognize his own country anymore. After twenty years of service in the US Marine Corps, he view any Muslim person as an enemy. He planned on detonating a bomb at the Islamic Center of Muncie and he was “hoping for 200 or injured.”

Seftel went on to talk about how he’s seen hatred from a young age, and we talked about how there is a tethered nature to that kind of behavior.

“Growing up in upstate New York, I experienced bullying for being Jewish. Kids threw pennies at me, and someone threw a rock through the front window of our house. I felt the feelings of discrimination, so I know what that feels like. I know what it’s like being on the outside of something–being disliked for part of my background. After 9/11, I saw some of my Muslim friends facing discrimination, so I made a series called The Secret Life of Muslims in 2015. We made all these short films about American-Muslim stories, and Strangers at the Gate is a part of that. It’s the 25th short that we’ve made. It’s the most ambitious one.”

The first time Mac McKinney walks on screen, you feel his presence. There is something about how he looks into the camera that is deeply unsettling for those of us who are just meeting him. His eyes bore into you, and I felt myself leaning back in my chair when he was looking at me.

“I’ve met a lot of scary people over the years. I’ve been in warzones, and I’ve been around neo-Nazis. I’ve always had the same feeling. When they walk in the room, your heart starts to beat and you begin to feel yourself becoming nervous. It’s this weird excitement mingled in with fear all at the same time. That’s how I felt when I met Mac. Your body is telling you that you could be in danger. When invariably happens is that, usually, it subsides–it takes about a half hour for me. You realize that they are a human being like me. There is that shared humanity that you can find in almost everyone, and that’s really what the film is about. But I was definitely scared of Mac when I first met him. When he talks about the hatred that he had, it’s palpable. And it can be terrifying.” 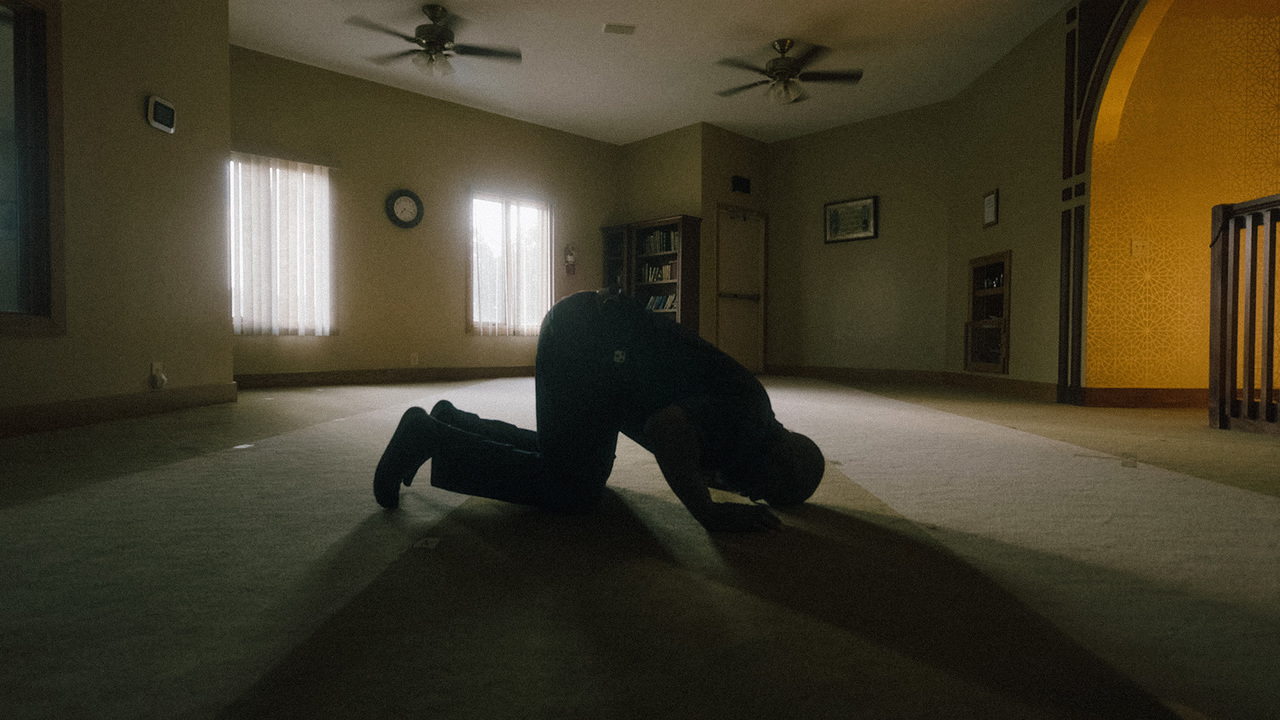 McKinney doesn’t mince words, and he speaks in a very matter-of-fact way. There is an honesty to his hatred that is jarring, because we are so used to hiding their true feelings in microaggressions or passive aggressiveness. When McKinney describes his first time entering the mosque, he points out people who he was sure he was going to kill.

“It’s hard to listen to, but, at the same time, you realize that this is the hate that people are feeling. Across our country and around the world. It’s in people, and he’s showing it to us in a way that we don’t ordinarily experience it. We know people really feel those feelings in their heart, because we see it come out as acts of violence all the time.”

On the flip side, Bibi and Saber Bahrami welcome McKinney into their mosque with open arms and no questions. Bibi especially exudes a warmth that is almost indescribable.

“They’re the heroes of the story. They are such lovely people who have an approach to live that is aspiration. I’ve joked around that I’ve wanted to make a bumper sticker that says, ‘Be Like Bibi,’ because she is so kind and welcoming and forgiving. To welcome this scary dude into your mosque and to not be afraid of him is remarkable. She says, ‘I know people, and I could tell that he was vulnerable. I knew I could help him.’ And there’s nothing naïve about what she said when she told me that. She feels that she is here to help people while she is on this planet. I am just blown away by her.”

We are pulled into Strangers at the Gate immediately because of the opening line, and it feels like we are following the events of a taut thriller. Seftel cleverly upends that structure by the end by making us care for the characters and asking us what we might do if we were put in a similar situation. The stage is set clearly and very well.

“Sometimes you can buy some time from your audience. We have this open where this young woman where she talks about living with a mass murderer. You’re kind of hooked, right? Then I thought we had a few minutes to meet the other main characters who end up being the heroes of the story. I wanted people to feel a little off balance, but I wanted them to know that something big was going to happen. Once you see the film, you understand why we set up so many characters at the beginning, because it’s truly a collision course. It could really terrible what happens. I also believe in the idea of the trojan horse, and I like to tell stories that have purpose and meaning.”

Think about when you heard about a tragedy on the news or online. They try to break down the events of a shooting or a tragedy as succinctly as possible Seftel introduces the mosque initially from McKinney’s point of view by showing Google Maps images from above. It almost feels like we are hearing about the tragedy before it starts as it echoes McKinney’s tactical, military training 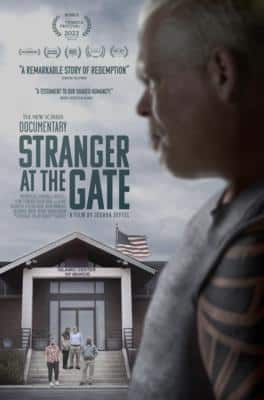 “When Mac is planning to blow up the mosque, we see a lot of aerials. This is a retelling from ten years ago, and there’s hardly any photographs from that time. How do you tell that story visually? My feeling was absolutely no reenactments, because I didn’t want to show the viewer what I thought happened. That’s a disservice and maybe an insult to the audience. I wanted a way for the viewer to imagine what happened as the characters are recalling what happened. That abstract imagery of being up above and looking down allows you imagine it. You can’t quite see it happening. When you listen to a podcast, you picture things in your mind, and I wanted the viewer to come up with the imagery. These aerials allow for that space, but it’s also about this military point of view about surveillance and gathering of information. I thought the theme worked well on two levels.”

McKinney’s story isn’t finished, and none of us should believe that he can forgive himself easily. As Seftel’s film ends, it leaves us with McKinney and his face–the one that I was so scared of initially–but I couldn’t stop thinking about his pain and how he has a long road ahead of him. McKinney pulled himself out of the darkest recesses of hatred and prejudice, and the best thing we can do is grant him patience and time.

“People tell me that it’s a happy ending. It is because no one died, but I think Mac is not finished with his journey. He’s in the middle of it, and I wanted that to be clear. He was a lost soul, and he found a little bit of a path. Things didn’t totally work out for him the way he wanted to, and he’s going to be on that road for a while. It’s not a simple story. When we do question and answer sessions at festivals, people will ask him if he has forgiven himself. Mac always looks down, and he says no. He’s not there yet, and he’s suffering. People always tell him that he needs to forgive himself, but he hasn’t crossed that finish line. It’s such a dark place that you thought murdering two hundred innocent people was a good idea. Where do you have to be in your mind to believe that?”

Stranger at the Gate is available to watch via The New Yorker‘s YouTube, and it is linked below.