Oscars 2023: Babylon Makes Landfall and the Reactions Are Trickling In

The Academy was packed for a screening of Damien Chazelle’s eagerly awaited film, Babylon. Big stars were in attendance for the q&a afterwards. Reviews are under embargo but social reactions are allowed. I’ll post a few of those here, along with photos from the event.

I would love to be writing an actual review of the film but I’ll have to wait on that. Reactions appear to be mixed on Film Twitter – which is to be expected when you are trying something bold — or taking a massive risk artistically. Listen, that is the only way you become a great filmmaker. You have to take risks. Lucky for Chazelle, he’s built up a reputation that allows him the chance to do that. How the Academy responds should be interesting.

During the q&a, Brad Pitt, Margot Robbie, Jean Smart and the rest of the acting ensemble talked about what drew them to the project, how difficult of a shoot of it was, what got left on the cutting room floor. They were, as you’d imagine, funny and charming. Jean Smart had the best quote when she commented on what it was like to work among so many naked extras, “I told myself not to look down and not to back up.”

Margot Robbie said that working with Damien Chazelle meant that even when she gave everything she had for a specific take, he wanted even more. She also said it was her most difficult role, and one she had a hard time abandoning at the end of the day. Diego Calva said the hardest part was doing the q&a, or press for the movie and also quipped that nothing has really changed in Hollywood. It is still Babylon.

I’ll write more on it later but my overall impression was that it’s going to be a love it/hate it kind of movie. The acting is strong – Brad Pitt is especially good in what I thought was a leading role. I thought there were three leads: Pitt, Margot Robbie, and Diego Calva. The cast is all-star, which could be good for a SAG ensemble nomination. Imagine having this cast at your show, along with Jean Smart, Tobey Maguire, etc.

Crafts – cinematography, editing, costume, production design, sound, score — all definitely in the conversation. It’s such a big bold reach I think it might be hard to ignore.

There isn’t one lead because the movie is less about the people and more about the industry, the time, and history. But I will have to save that for the review. In the meantime, here are some tweets: 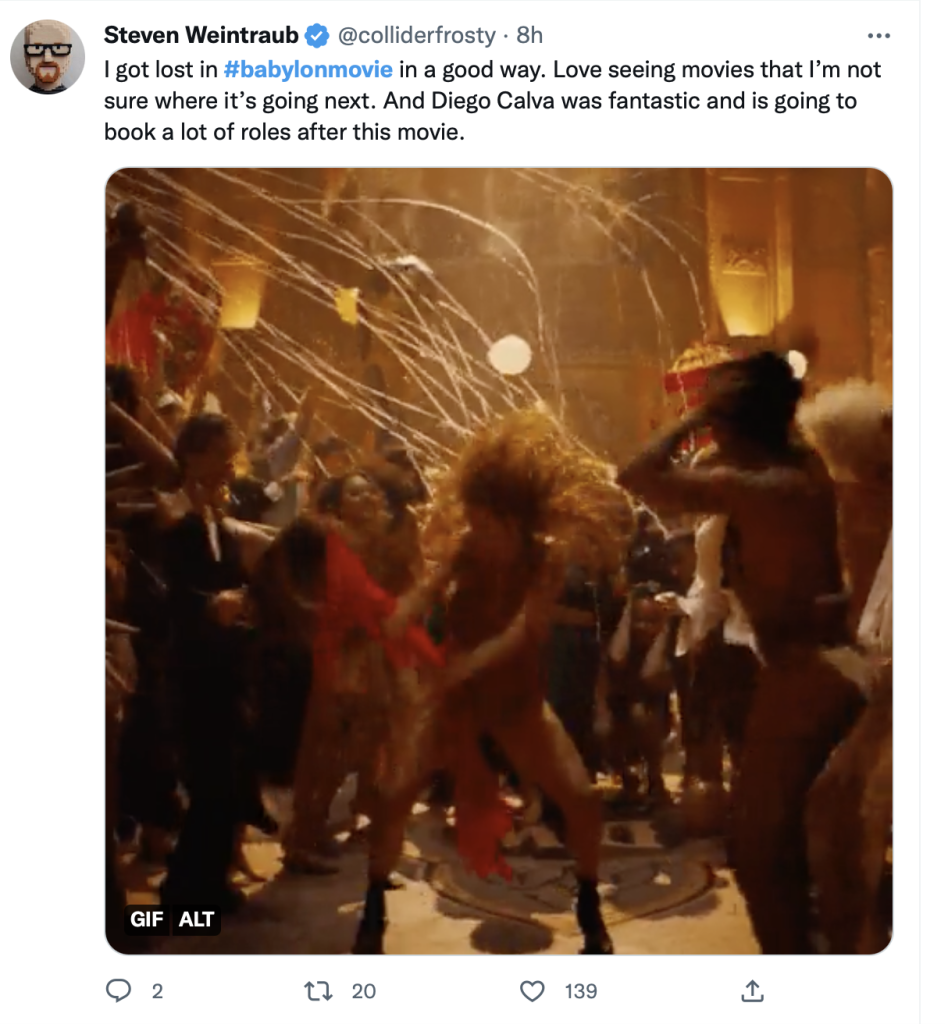 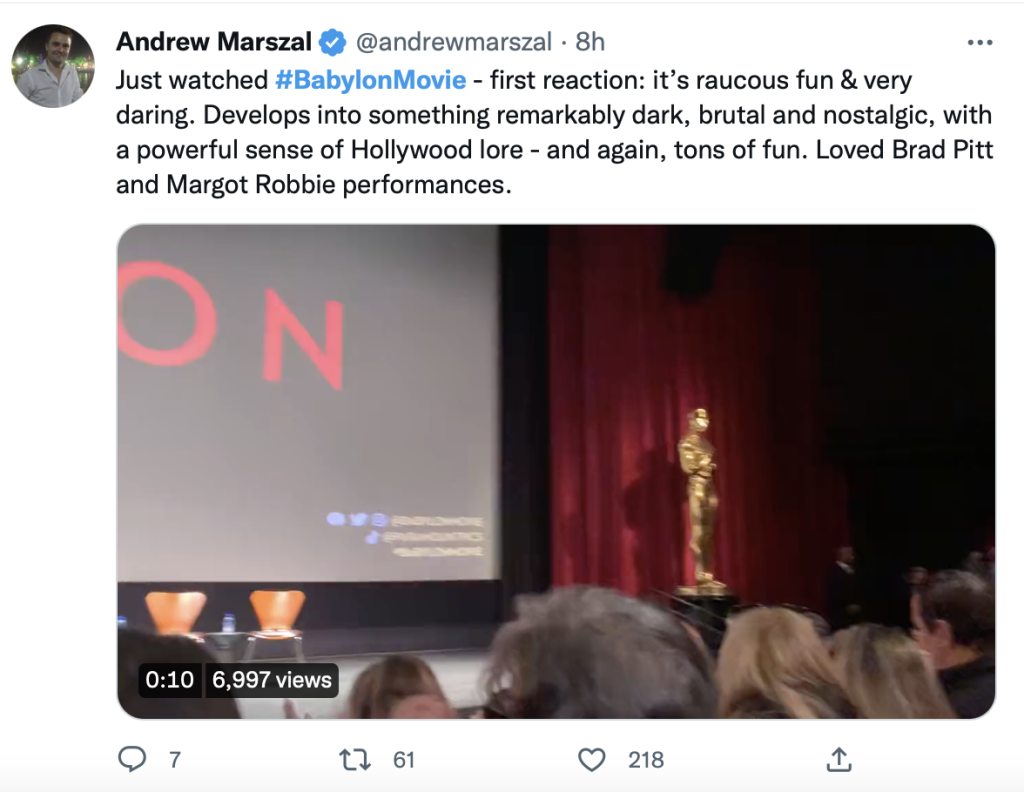 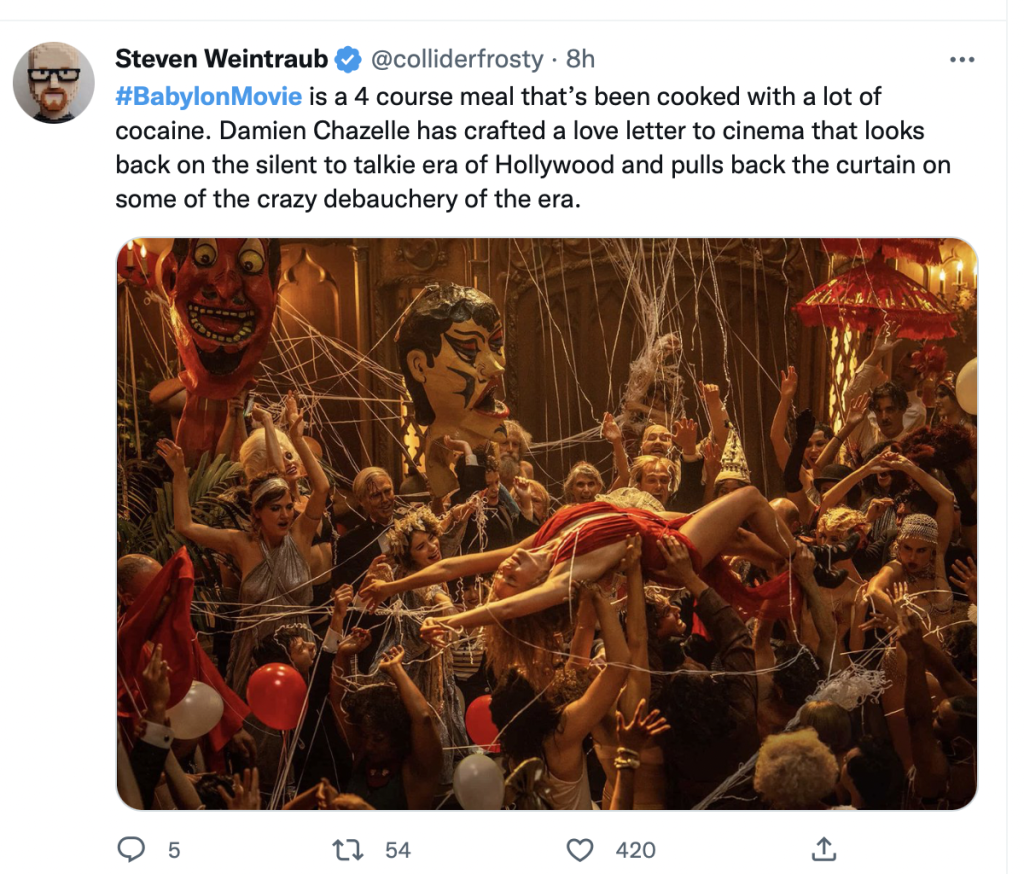 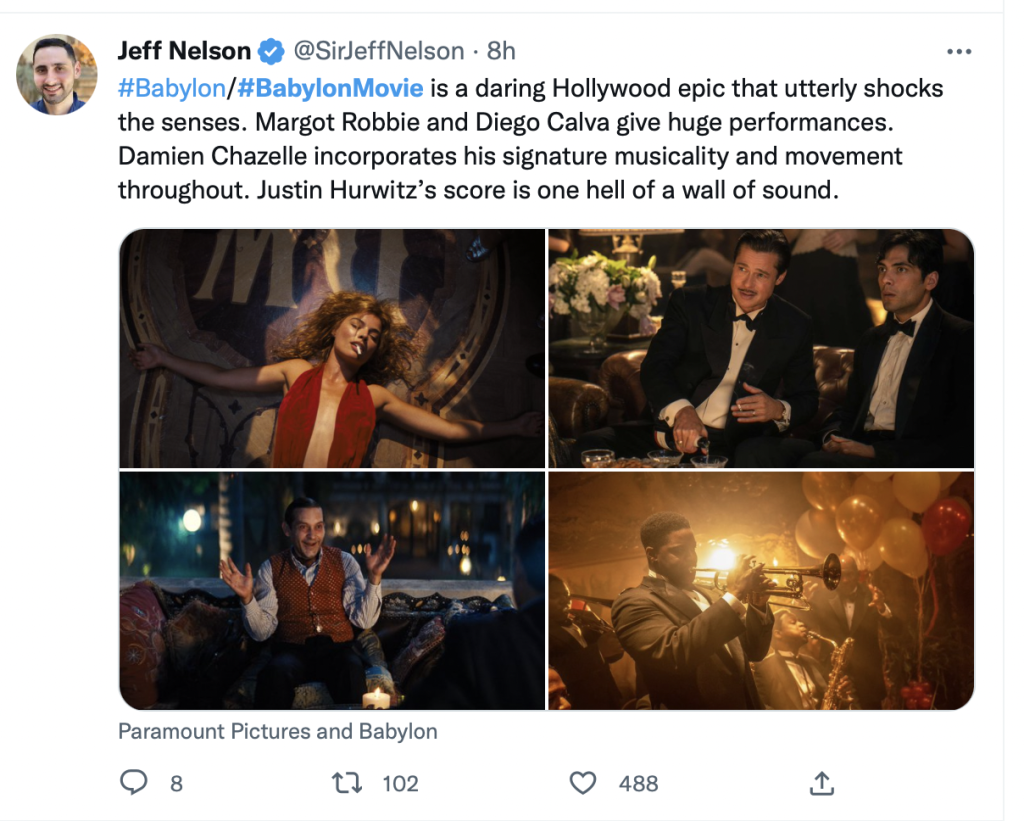