Would you be brave enough to run away if you knew that someone else controlled the course of your life? Do you have the courage to walk away from everything to secure your own happiness? In Cyrus Neshvad’s effective and thrilling short film, The Red Suitcase, one young woman takes the first steps to escape the patriarchal control of men. It is shortlisted for Live Action Short at this year’s Academy Awards.

(Warning: There are slight spoilers about The Red Suitcase in the following interview.)

At the start of Neshvad’s film, we don’t quite understand what is happening. A young Iranian woman is reluctant to cross the bridge into the airport from the plane, and it catches the eyes of two security guards. They ask to see her passport, and they check her bag. Neshvad immediately wanted to play with the expectations from the viewer.

“It was important to me to give piece by piece to the audience,” Neshvad said. “When we see her from the outside, we are judging–she is wearing a headscarf while she is waiting for her luggage. Is there a bomb there? This is often a stereotype when it comes to her not speaking and with her clothing. I knew the audience was going to judge her, so I wanted us to slowly accept her with every moment.”

While we may think that Ariane has had this plan in motion for a while, Neshvad quickly informed me that she has to think on her feet. There is no manual for this kind of escape for the 16 year old. Her future husband is waiting for her, and the minutes tick by as she tries to figure out what to do.

“The only thing she knows is that she doesn’t want to go with this man,” he said. “She doesn’t have anything planned, and she doesn’t know what to do. In these traditions, men are dominant, and you are not going against that patriarchy. All of her actions come suddenly. For instance, she sees another woman with her hair down, so she thinks that might hide her face. Maybe the man won’t recognize her. That was a quick decision. The second she has no choice, she has to act.”

In one of the film’s most poignant moments, Ariane decides to take her scarf off in order to evade her suitor. He probably has no idea what she looks like, but Neshvad had an important message for the women watching his film.

“A lot of times people put something on to not be discovered, but what was important for me in this scene was to give all the people in Iran to go take their liberty,” Neshvad said. “I wanted this message for women to be free, and it’s about revolution of women. I wanted her message to go to the women watching, so I told the young lady to watch the lens of the camera. If she is looking in the lens, it goes to the people. They should all be like her. 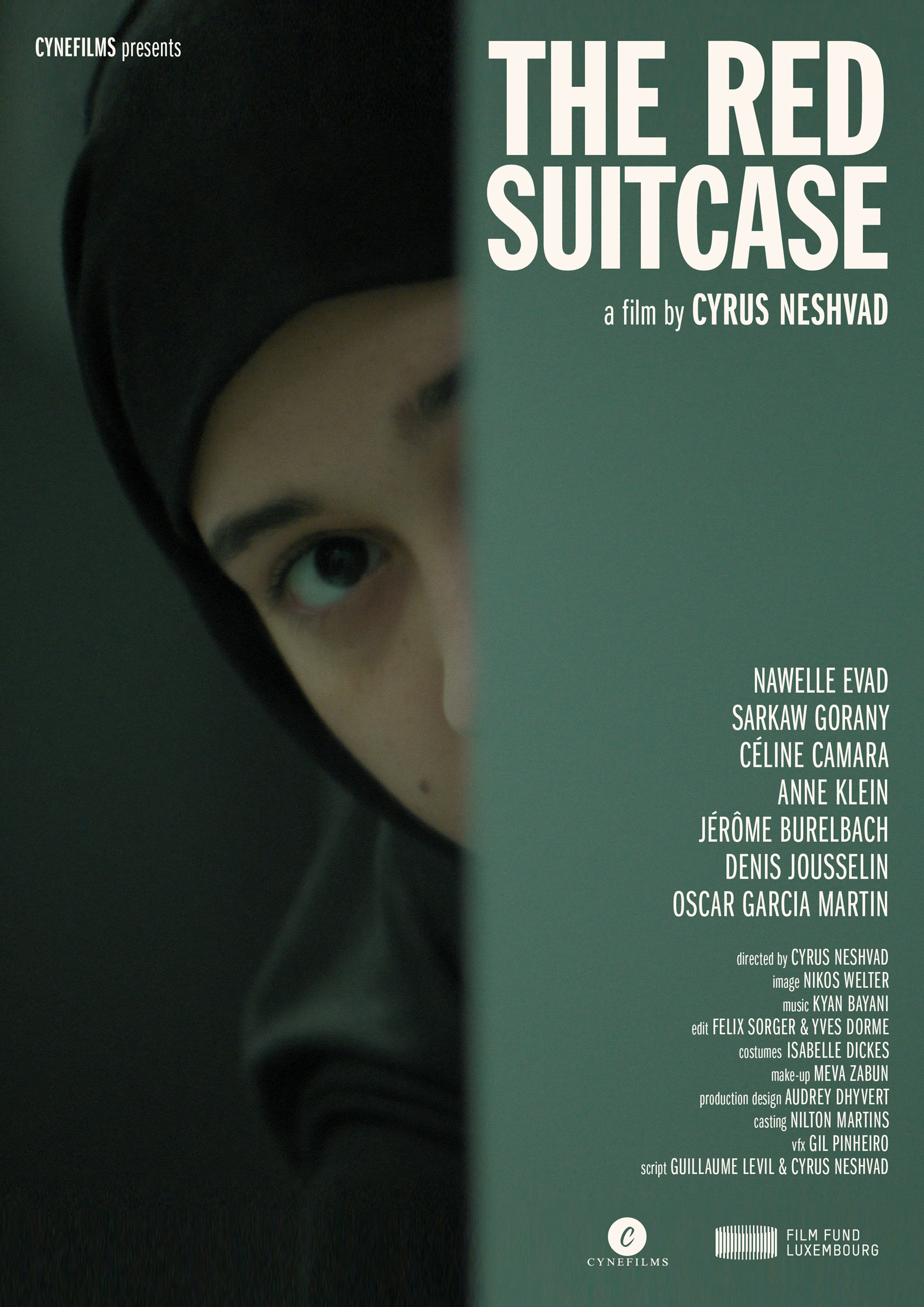 As Ariane creeps by her suitor, she hears him on the phone with her father. He says, “I have more to lose here” since he paid for the wedding, but that one line indicates how much power men have over women in Iran. It’s a small detail that speaks volumes to the plight of thousands of women.

“What we should know is that some men think that they own her,” he said. “In that man’s mind, he bought her. He owns her. That’s why when she exchanges the money, she is going through a glass door. I chose this spot, because, in some countries, when you go buy a prostitute, they are behind glass. It’s very famous in Holland, and you choose from the atrium. When the man stops in front of the exchange station, there is glass between them, and that is why I chose the young women who works there too. It is always people who come from other countries. So, in that man’s mind, he looks through the glass, and he sees two prostitutes.”

Ariane’s father has been texting her the entire time, but she chooses to ignore his messages. The final time that she looks at her phone, she has many missed calls, but a text begging for her to return. This is a pivotal moment that Neshvad does not play for melodrama. She could return home, but she risks the wrath of her family and the man she was supposed to marry. She can’t trust anyone but herself at this point.

“She’s not answering, because she has no trust in anyone,” Neshvad said. “That is gone. I was thinking that the father really meant it, because he lost his daughter. For me, he could be like that, but it’s important to remember that we aren’t with him. We are with her. She is running away, so it’s a trap. For having her freedom, she has to get rid of her family since they still hold those traditions. What is the price to pay for freedom? You lose everything. Your family, your identity–everything.”

The final image of The Red Suitcase will stay with you for days–I haven’t stopped thinking about it. The camera slowly zooms in on a large shampoo advertisement that can be seen from the outside of the Luxembourg airport. It’s a blonde, white woman smiling, but, as we get closer, we wonder how happy she truly is. There are strings of lights hanging in front of the poster, and they begin to look like prison bars or a veil. Is this woman happy, or is she silently crying out for help? Do we constantly miss signals from women in danger?

“It was difficult for this girl, but what about girls from other countries,” he asks. “Are they really that free? When they are smiling so beautifully, is it real? They use so much of a women to sell things. Makeup, pizza, champagne, everything. We use legs with high heels to sell bags. It’s not only there–it’s everywhere. The closer we get to that image, the more we realize she’s not happy.

We did a small morphing, and we worked one week just on this image. The closer we get to it, parts of her face are going up and some are going down. It’s not obvious. I even chose a shampoo bottle that has a form of male genitalia, because it brings the idea of male virility. Like the idea of, “we dominate you.” If you look closely, all the posters are a form of abuse of women. Whether it’s legs or something going towards a woman’s mouth. The audience will realize that they didn’t look close enough the first time.”