Oscars 2023: Frontrunners and Their Challengers

The BAFTA nominations dropped this morning. Had they announced prior to the ballot deadline for the Oscars they might have significantly shifted the race in a few key categories. All Quiet on the Western Front leading with a whopping 14 nominations would have hit the Oscar nominations hard. It’s not known how much crossover voting will make a difference.

No one should talk about the BAFTAS, however, as though their process is like the Oscars. It isn’t. They have juries coming in and tinkering with the nominations. They talk about it here. That’s why, in my view, they can help but they can’t hurt.

CODA mostly wiped clean any kind of precedent, winning without BAFTA nominations for Picture or Director, no DGA nomination, etc, and still won all three Oscar nominations it had. Whatever drives Oscar voters now, it’s clear that the old consensus vote has changed dramatically over the past few years. This race is to be decided, give or take a Nomadland, in the last act. What are the big guilds going to do? Specifically, DGA/PGA/SAG.

Before I drop my final predictions tomorrow, let’s take a quick look at how this race is shaping up so far.

Frontrunner — Everything, Everywhere All At Once
Challenger — Top Gun: Maverick

This kind of film will do very well on a preferential/ranked choice ballot with these particular voters. The divisive film rule only works if the filmmakers are white and the movie is about white people with nothing about them that makes them marginalized. Think: La La Land. Think: Three Billboards Outside Ebbing, Missouri. Think: 1917 or Once Upon a Time in Hollywood. It’s the reverse of what used to drive success in Hollywood: now they want to celebrate what they believe needs their “help.” That is how they find a sense of collective purpose. They are still voting for “good people doing good things,” but an identity category now defines that. Per the “woketopians:” 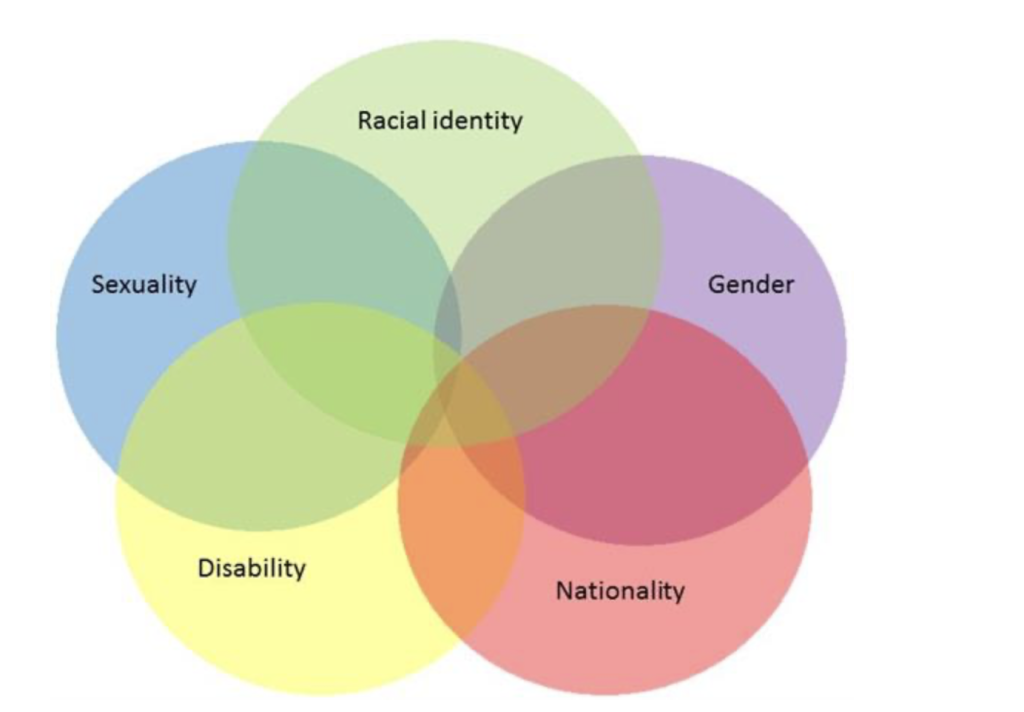 Class probably doesn’t belong on that list because it really isn’t a factor anymore, not for our purposes here. Being poor isn’t a protected group because so many of the working class poor are on the Right, aka “the enemy.” Why any of this matters is that, when it comes to the ranked choice (preferential) ballot, most people will vote not necessarily for what they think is the BEST, but to do some “good” with their vote by boosting people on that chart above (minus class). This is a factor because Everything Everywhere All At Once is a divisive movie, without a doubt, but that won’t matter when it comes to voting.

Even if a good portion of voters don’t likethe film, they will never rank it way down their ballot. That would, in their minds, make them a bad person. Thus, they can’t HATE a movie like that the same way they could hate a movie like La La Land.  EEAAO is strong on the preferential ballot because people will mark it at number one if they genuinely love it, but they will mark it at two and three because they want to see it do well. They will push it to the top of their ballot because it will likely be either the only film, or one of the only films, with a non-white cast, non-white director (one Daniel is Asian, one is white – though if it does win it will be the first film since 2018 to win with any white male directing it).

Challengers: I agree with Scott Feinberg here that the only film that can challenge this one is the exact opposite of what EEAAO is — Top Gun: Maverick. A good movie everyone likes if not loves is how we used to win Best Picture, especially with five nominees. I could see this movie doing well on the preferential ballot, though there are enough snobs in the Academy to keep that from happening.

Spielberg will have to win the DGA to win the Oscar. That’s the only prize left. He already won the Golden Globe, though the Daniels won the Critics Choice.  Kosinski is a threat to win the DGA too if Top Gun: Maverick is a threat in any way. Spielberg might be like Jane Campion last year where he’s The Fabelmans’ only win. Or you might say — forget it, he can’t win.

Todd Field also has a shot here. He reminds me a bit of Steven Soderbergh’s chances way back in 2000. TAR is the under-the-radar favorite, it seems, quietly gaining momentum behind the scenes but specifically because of its directing and its lead performance in Cate Blanchett.

Once again, we have a conundrum here and a similar situation. Todd Field seems to me like he’s going to win something. I personally think The Banshees of Inisherin is an exceptional piece of writing, one of the best things I’ve seen in a long while, but that isn’t really how these awards work. The top awards are often split among the favorites. It will just depend on how it’s divided. TAR is not likely to win both Director and Screenplay without winning Picture. In fact, it’s never happened in the era of the preferential ballot. Usually Picture goes with one or the other. Similarly, EEAAO will have to win either Director or Screenplay if it too is going to win Best Picture. This is a Sophie’s Choice kind of moment that will boil down to how the Oscar nominations shape the eventual race. And the big guild wins.

If Top Gun indeed is going to win in Best Picture it has to win, or should win, or might win another category like Screenplay. Speaking of 2000, though, Gladiator won without Screenplay or Director (as did Chicago two years later). Despite the preferential ballot, this year feels a little like that year.

Austin Butler and Colin Farrell won the Golden Globe. You have to go back to 2008 to find a year where one of the Golden Globe winners for Best Actor did not win the Oscar. In that case, Sean Penn won for Milk (beating Mickey Rourke for The Wrestler). Best Picture strength matters here and this award is going to come down to, I think, how much people like the movies. Elvis and Banshees are both very popular so what would be the incentive to pick Fraser? It’s a cliffhanger.

If Yeoh couldn’t win in a room full of Film Twitter Critics Choice fans who gave the movie Picture, Director and Screenplay, how can she win otherwise? It’s a toss-up, it really is. But Blanchett’s performance is the more accomplished work overall, where Yeoh would be winning for her whole career. It’s very rare for actors to win in the same year for the same movie – it happens, but it’s rare. Dallas Buyers Club is one recent one I can think of.

Editing
Frontrunner: Top Gun Maverick
Challenger: Everything Everywhere All At Once (plus others)

These are just guesses. Obviously things are going to change in the coming weeks.

Saturday Night Live emerged last night as actually funny for a change. Here, they poke fun at just how obscure...