Before we lost him in 2015, every year around Oscar time I would hear from my dear friend David Carr, the hard-hitting journalist who had wrestled with addiction, almost died, almost killed someone, and came out the other side a survivor, a lover of life, and a lover of movies. When he got back on his feet, a good friend got him a job at the New York Times, writing about the Oscar race. He called himself the Carpetbagger because he would venture into a world he knew nothing of and endeavor to be an observer of a strange and unfamiliar industry. He sought me out for awards conversation, because he said I was the person he knew who seemed to know the most.

Before he hired me to do a few odd jobs for him, like transcribing interviews for his biography, we hung out in LA whenever he’d come to town. He wanted to be the best at predicting the Oscars. He wanted to learn how  campaigning worked, he wanted to find out what drove the voters. Turned out he didn’t need me to teach him. He had natural instincts, a knack for reading the room, and in fact was one of the few who predicted Crash to beat Brokeback Mountain. He loved neck-and-neck years like that. He used to tell me that Slumdog Millionaire took all of the fun out of the season because it started out winning and never stopped till it won it all. There was no guesswork involved, no rival ponies to handicap, not even much dust kicked up in Slumdig’s gallop across the finish line.

After that, every year until he died, he would call me up to get a survey of the Oscar field. About top contenders, he would always ask the same question, “Is it a MOVIE movie?” He didn’t need to explain what he meant – I knew what he meant because anyone who has grown up in America knows what that means. It means the kind of big bold studio movie that only Hollywood studios can make. Big canvas movies with big stars that cost a lot of money and make a lot of money. Movies you don’t see to have your psyche dismantled or to contemplate the meaning of life — movies you go see to sit back and drink it all in.

There have been a lot of these MOVIE movies this year. Even if most critics barely noticed, big studios came roaring back, at a time when news of their demise has been greatly exaggerated. Even if Fox was bought by Disney, and even if that merger rocked the town, Ford v Ferrari stands as a premium example of what big studios can do. Director James Mangold criss-crossed the country to shoot a half dozen states, and then too the production to France. He recreated Le Mans racetrack as it existed in 1966. He took his time to weave this broad tapestry together, and gave people like me plenty of metal and muscle and deeper meaning to feast on for two and half hours. 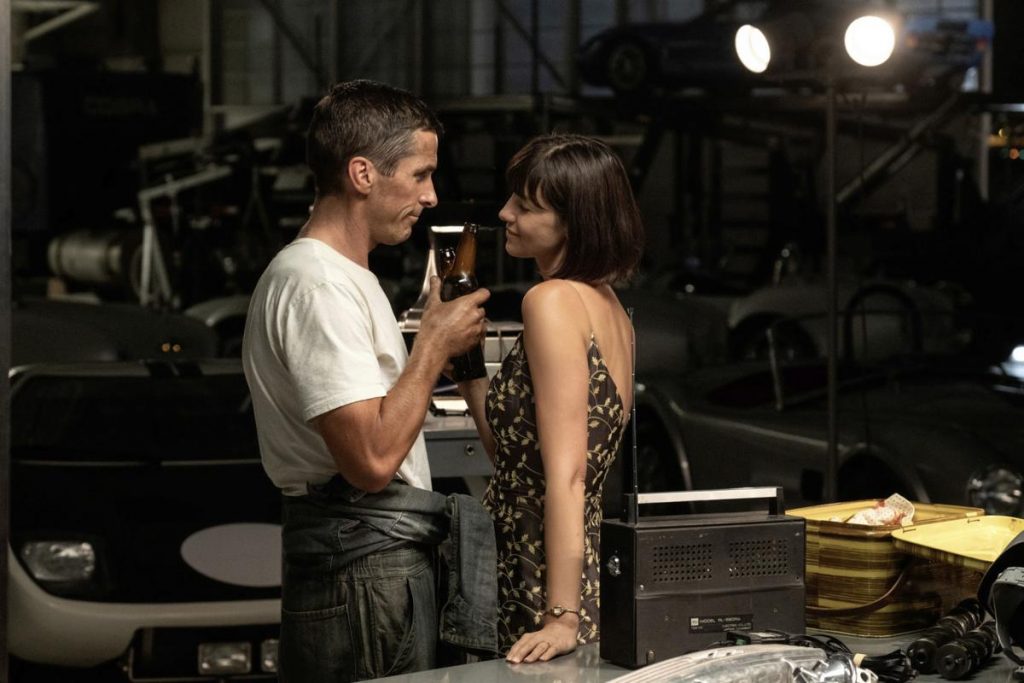 This MOVIE movie was the only one that almost everyone liked or loved at its Telluride premiere at end of August. It earned an A+ Cinemascore without breaking a sweat and currently has the highest audience rating on Rotten Tomatoes of any of the films in this year’s awards race, at almost 100% with 21,000 ratings. That means almost everyone who saw it, who PAID to see it, loved it. Yes, this is what the studio system was designed to do. This is is the dream factory firing on all cylinders at 7000 RPM. Ford v Ferrari is big stars strapped into fast cars. It’s larger-than-life character development. It’s a complex well-written role for a wife (Caitriona Balfe) who is just as much awed by car racing and cars themselves as her husband.

Ford v Ferrari is the kind of movie movie that stadium-seating theaters were built to feature. It’s the sort of movie that the studio system used to thrive on – and best of all, it isn’t a franchise, a remake or a sequel. It doesn’t have to be. It’s an original story. One that tells the fascinating history of one guy devoted to building great race cars and his best friend who was devoted to driving them. It works on that level — but it also macros back and tells another kind of story, one where the individual desire to create something unique can collide head-on with the corporate directive to make something with mass appeal. And that is, perhaps, another way of looking at the studio system itself — when executives and investors and marketers breath down the necks of talent, if compromise gives way to creative freedom then the artists can make the magic happen anyway. We know because we were there to see the struggles play out. We watched the movies they fought so hard to make.

I’ve heard some dumb assumptions floated about Ford v Ferrari but none of them have anything to do with what we see on screen. Some people try to find imaginary messages when they want to claim a movie embodies their own pet agenda. But what I saw was a pure MOVIE movie made by a guy who knows what he’s doing behind the camera, and a crew is in perfect sync with a shared vision. Everyone working at the top of their game. Sound, editing, production design, soundtrack, writing, acting all mesh together seamlessly. No expense is spared and every bit of the budget is up there on the screen.

Mangold takes you inside the minds and hearts of the film’s lead characters, and takes care to flesh out the supporting characters like Lee Iacocca and Henry Ford II so the entire mid-century universe spins with formidable celestial objects in concentric orbits. We can feel the gravitational pull these men exert on one another. In their voices we hear the rumble of relentless physical forces.

This is a story about the desire of powerful men to reach for things that no mortal should expect to attain. Because to go there, to get close to it, is to flirt with a level of danger that can send you careening out of control and burn you alive. Who else but people who crave that kind of dance to the edge would take up car racing? Well, maybe artists. How does anyone have the courage anymore to tell stories this fearless with so much at stake? Maybe it isn’t as perilous as risking your life, but risking your livelihood runs a close second. Projecting a pricey investment in original dreams on a screen in hopes that people will go see it and be moved by it? That’s a gnarly and audacious enterprise by any measure. 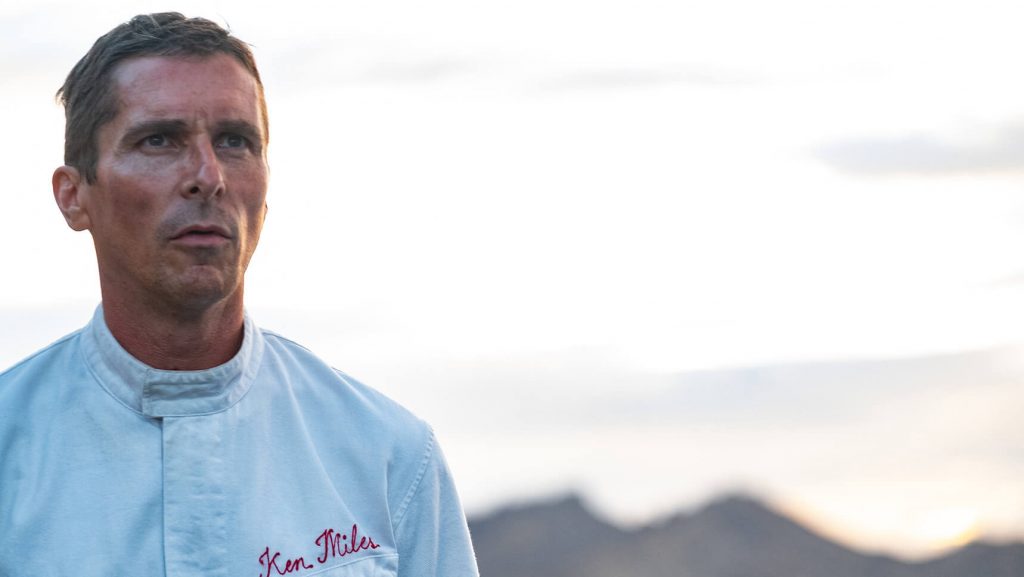 Millions of people have paid to see Ford v Ferrari and many more will. Most of those who leave the theater after the shattering climax will feel its impact reverberate like distant thunder. They will have seen something virtually unique to American cinema. We can’t take credit for much. We’ve done damage all over the world. But there are a few things we do really well. And one of those things is making big beautiful studio movies. MOVIE movies. Ford v Ferrari wastes no time reminding us that it is one of the best.