Will Rachel Bloom parlay her Critics’ Choice and Globe wins into an Emmy nomination?

This week’s Water Cooler Podcast gang kicks off with a dissection of Fox’s new X-Files limited series. Was it a smart move to open the X-Files with a mythology episode? What does the series feel like nearly 14 years after the end of its original run? Plus, do David Duchovny and Gillian Anderson still have that fantastic chemistry that grew out of nine seasons of mythology, conspiracies, and monsters of the week? Then, in clearly a completely unrelated topic, we talk about the recent Critics’ Choice and Producer’s Guild of America awards. Will the winners (Mr. Robots‘ Rami Malek and, most importantly, Crazy Ex-Girlfriend‘s Rachel Bloom) cash in their early season wins for matching Emmy nominations?

Join us for a particularly loopy episode of the Cooler as we recorded late in the evening when our guards were down and our minds to the wind. 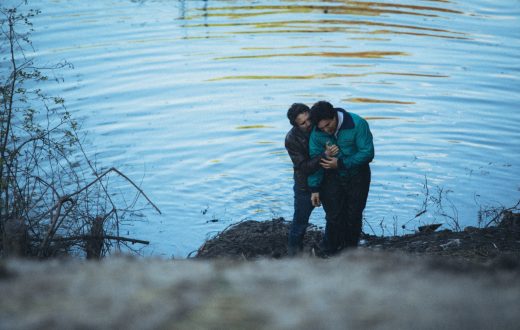 Do ‘Hollywood,’ ‘Bad Education,’ and ‘I Know This Much Is True’ Merit Emmy Cred?

It’s All About the Limited Series Emmy Race