This week at the Water Cooler, we consider two socially conscious Emmy contenders in direct competition in the Limited Series Emmy categories. First up, we’re two episodes into American Crime Season 3. We discuss how this season compares to previous entries and the standouts destined for Emmy attention. Then, Fox released a Limited Series this week: Shots Fired starring Sanaa Lathan and Helen Hunt from Gina Prince-Bythewood( Love & Basketball). How does Fox’s new entry stand against American Crime’s success in the “ripped from the headlines” social drama genre?

But before that, we kick things off with our weekly TV Tidbits segment. First up, we talk about wangs… TV wangs. Two high profile actors recently applied prosthetic penises to their performances. We discuss whether that enhances or detracts from their performances and whether or not it’s necessary. In an uncomfortable segue, Joey gives his thoughts on the Casting JonBenet trailer, and Megan gushes about FX’s Baskets and Louie Anderson’s Emmy placement. Then, Clarence discusses Rihanna’s Bates Motel performance and what that signifies for the series as it steps into familiar Psycho-territory. Finally, we revisit a tale as old as time – Disney’s massively successful (box office wise) Beauty and the Beast live action remake.

Next month marks our second Water Cooler Book Club entry with Margaret Atwood’s The Handmaid’s Tale. This is, of course, in preparation for Hulu’s series of the same name which drops April 26. We’ll cover the book in depth on the April 24 podcast.

Consider… Our 2018 Emmy Favs and the Guest Performance Races

We’re, Like, Right On Top Of the Shallow Now: ‘A Star Is Born’ 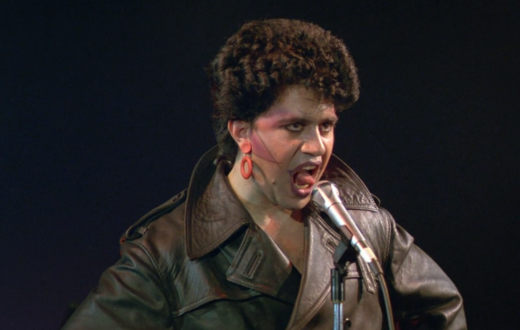