by Jazz Tangcay
in Interviews
2

When makeup artist Nicki Ledermann learned she was going to be working on Todd Phillips’ Joker, her first reaction was a mix of excitement and fear. She was taking on the most iconic villain of all-time, or one of them.

Through a strong collaboration of departments; production design, hair and wardrobe, as well as working with Todd Phillips and Joaquin Phoenix, she was able to put the concept into motion. A clown doing his day job transforming into the Joker. 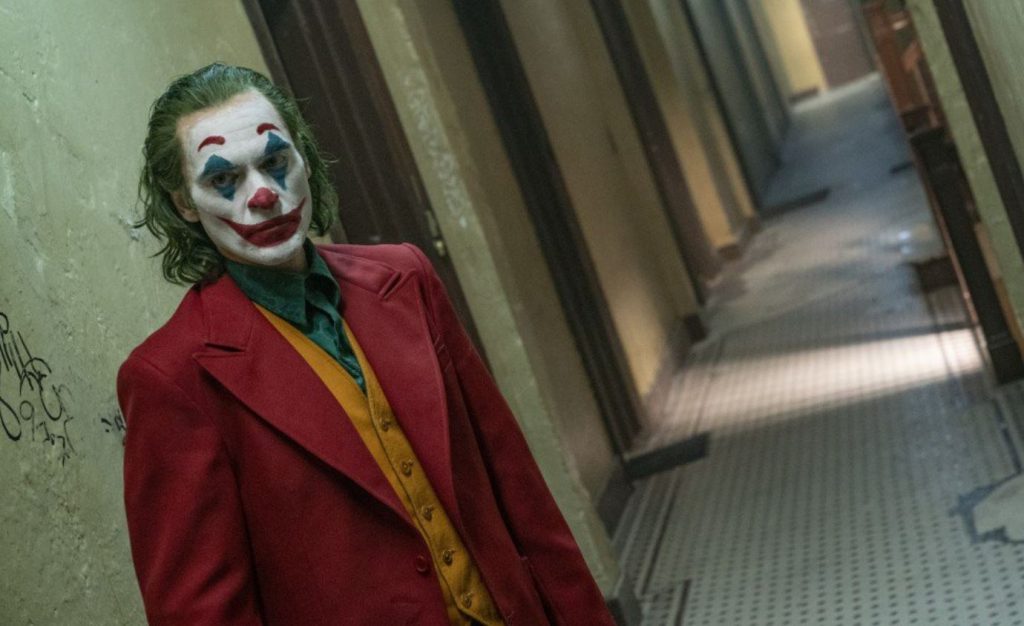 When you’re dealing with someone like Joker, someone who is so iconic and we know the face, where do you begin as a makeup artist?

When I was doing The Irishman and Emma Tillinger told me, “You’re going to come and do our next movie, don’t do anything.” I thought, “Oh, ok.” Then she said it was going to be the new Joker movie. I thought, Joker? Oh my gosh. I thought it was going to be crazy and could I even do it. I was scared and really excited at the same time.

The first time we see him; he’s applying his make up. Did you go back to the comics? What was your process?

You have the whole movie planned out because we don’t always shoot in sequence. It was really important for this that every design for every moment was ready to go. When I came on and had my first meeting with Todd Phillips, he had an idea of what he wanted the concept to look like. He actually showed me a concept and idea of which way he wanted to go. When you do a movie, you have to make sure all the departments tie in from production design, hair, wardrobe and it ties in to complete the entire look. We went to the studio, and I played with Joaquin over a bunch of days and different products. I tried getting the colors down and the art of the joker makeup down. We tried the different versions of the clown makeup, and we tested it all until we felt we had it down.

When it came time to shoot, we were prepared and knew what we had to do.

Joaquin is phenomenal in the role. He really puts a solid stamp on the role and the character. How much did his portrayal influence the makeup choices?

That was really interesting because the design didn’t really change. You have the one clown look and it gets more bloody and smeared as he gets beaten up. Then you have the Joker makeup which is a version of the clown makeup, but a mad version of it, and that has stages. When he’s running away from the cops, getting to the show, the cop car scene and then the stuff with the cars and the crash. It’s all the same makeup, just it’s very important to match the emotional triumph and to match that madness into the makeup. It’s all based on the same design and looks, just stages of getting closer to him getting madder and madder.

Then you have the tear, talk about that addition of the tear.

That was really a challenge because when we were filming, I had to use a lot of different products to manipulate the product to do certain things, but having it look the same throughout the whole movie.

The bathroom scene and he does the dance; I don’t know if it’s still in the movie, but he washes it off. We’d do long takes and I’d have to put it back on so we can shoot another take. I had to use makeup that was water-soluble that I had to clean up really fast and then put it back on really fast. I had to have it match every single take and I had to use a certain type of makeup like that. I had to have makeup that didn’t smear because he’s running. I had to make sure the makeup was waterproof or smear-proof. I had to make sure I had makeup that worked with blood where I could clean the blood off but not the makeup. I had a combination of all these things. So that was a challenge, to use all these different products but creating the same colors and textures so it looks seamless when you see the movie.

What it was like working where the actor was applying their own makeup?

I coached Joaquin on how to do it, to minimize retakes and keep continuity accurate. It was also one of those scenarios where it was important to use the appropriate product to clean him up to reset for more takes.

What a difference from The Irishman where you’re dealing with aging and that contrast of aging De Niro to another icon?

It’s interesting. Joaquin is such an incredible actor and the whole experience of working with him was a career highlight because he’s such a phenomenal person and incredibly talented. I had so much respect for his dedication and what he brought to it. He worked so incredibly hard. He was so disciplined. He gave everything and more. I love him I really did love him. The shoot was very intense because of the subject matter. I wouldn’t call it fun, it was so intense and exhausting at times. I can only imagine what it was like for him.

The shooting hours were regular shooting hours, we nailed the 12-hour days pretty regularly. In the hair and makeup department, we usually work 12-14 hour days. It was just the emotional intensity of being on set and creating this heavy material, it was exhausting.

Then you have something like The Irishman which is exhausting in a different way. You have so many people. We had a huge cast with so many principals who needed to be aged. We went from 1940 to 2000 and it was exhausting. It was a lot of decades to cover. Aging people, some aging, some de-aging. De Niro, Pesci and Pacino had their own makeup and hair team that needed to incorporate with the whole thing. It was a different animal.

You have to collaborate with Wardrobe and production on Joker, what was that process here?

It’s the utmost importance for every movie that hair, wardrobe, makeup, and production design work closely together in terms of color palette and textures because it is a picture and everything has to work together. When you work against each other and don’t communicate, it reads. It’s not believable anymore and then it’s not going to work. Even if the story is great but the departments are off, it’s not going to work. It’s so important that those departments work together because communication is truly the key.

We work closely with the costume designer because hair and makeup are an extension of the costume, it has one look. Mark Bridges is incredibly talented, and we went to every costume fitting. He would show us what every single cast member would be wearing, so we could make sure the textures complement and work with the costumes.

You also worked on The Greatest Showman.

I loved talking to you because what’s fun is seeing the poster for Joker is all your work displayed.

There’s going to be such a love/hate relationship because people will want the DC villains with powers, but this is not what the movie is. I hope that once they realize it’s something else that they will still embrace and love it. You can have the best makeup in the world and if the actor doesn’t deliver, then it’s not going to work, but Joaquin does an incredible job. 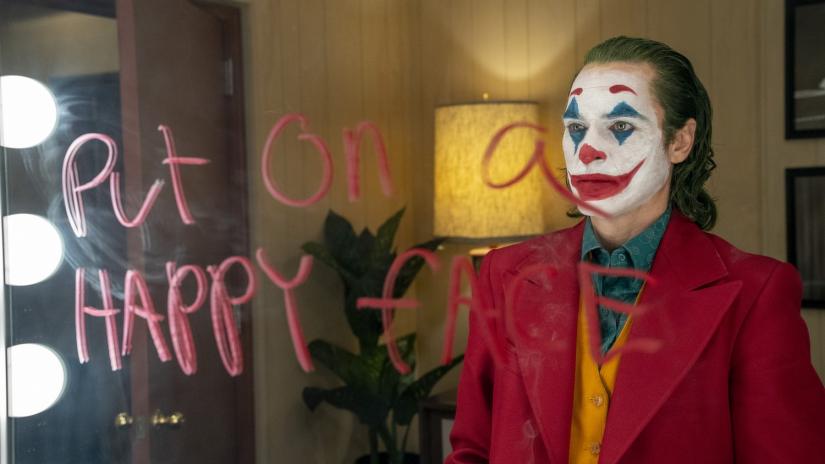 #jokermakeup : the hardest part besides designing the look to be different from all the other jokers wasn’t the actual makeup application, but that I had to use a lot of different products during filming to match continuity while being able to manipulate the makeup so I could take it off and redo it fast after every take matching it perfectly to prior take, or having to have it smear during the take, then fix it in between, or having to make it appear to smear but actually have it stay put without smudging during the take. To achieve this i had to use a lot of different products all the time, and I had to make sure to exactly match the texture and the colors, freehand the placement and not interrupt the speedy pace and incredible intensity of filming, so it would look fluent and authentic. I hope to see a lot of #jokermakeup out there this #halloween #comicon2019 #cosplay. What ever you decide to use will be great. Easiest to use water activated makeup. Don’t overthink painting the face, just turn on some music and blast it out loud, feel the moment and have fun with it, it will be awesome! #joker @maccosmetics aqua colors, @sianrichlondon 4K brio palette and 4K vibrato, @mehronmakeup and @kryolan aqua pancake, @makeupforeverofficial grease paints, paints in tube