Lisa is moving. From one nondescript apartment to another in an unnamed city. We don’t know why she’s leaving the old place, except that she is. Over two days, her flatmates Mara and Markus, her mom, some movers and neighbors will help her pack up and settle into a new home. Goodbye’s will be said, memories and stories shared, unresolved feelings unearthed and new ones stirred. Such is the premise of Swiss filmmakers Ramon and Silvan Zürcher’s poetic, incisive, richly metaphorical sophomore feature THE GIRL AND THE SPIDER, which premiered in the Encounters section of the 71st Berlinale.

The film is not built on a central plotline or clear narrative arc. Instead, it’s structured around anecdotes, impressions, dreams, flashbacks and everything in between. Early on in the film, Lisa introduces Mara to her new neighbor as her flatmate. When the neighbor logically assumes Mara is also moving in, Lisa merely answers “No”. Without providing much information, the brief exchange instantly establishes the awkward dynamic between the two girls where one is evidently more ready for the separation. As in many other cases, it’s what’s unsaid that tells you the most about the characters and their history together.

The somewhat cruel undertone of that introduction is no surprise. Those who have seen Ramon Zürcher’s searingly memorable debut THE STRANGE LITTLE CAT, which also premiered in Berlin back in 2013, would know that passive-aggressiveness runs deep in his work. Reminiscent of the intensity of a Haneke joint (minus the actual killing or maiming), people say and do the meanest things to each other in his films. Which we get plenty of in GIRL/SPIDER. In one instance, Lisa lets her mother know how she’s always felt about her in one cold, casual sentence. In another, Mara rejects Jan, the sweet, sensitive mover who’s developed an infatuation for her, by way of a near-philosophical postulate involving a dead fly. The way she says it is so brutal it takes your breath away. 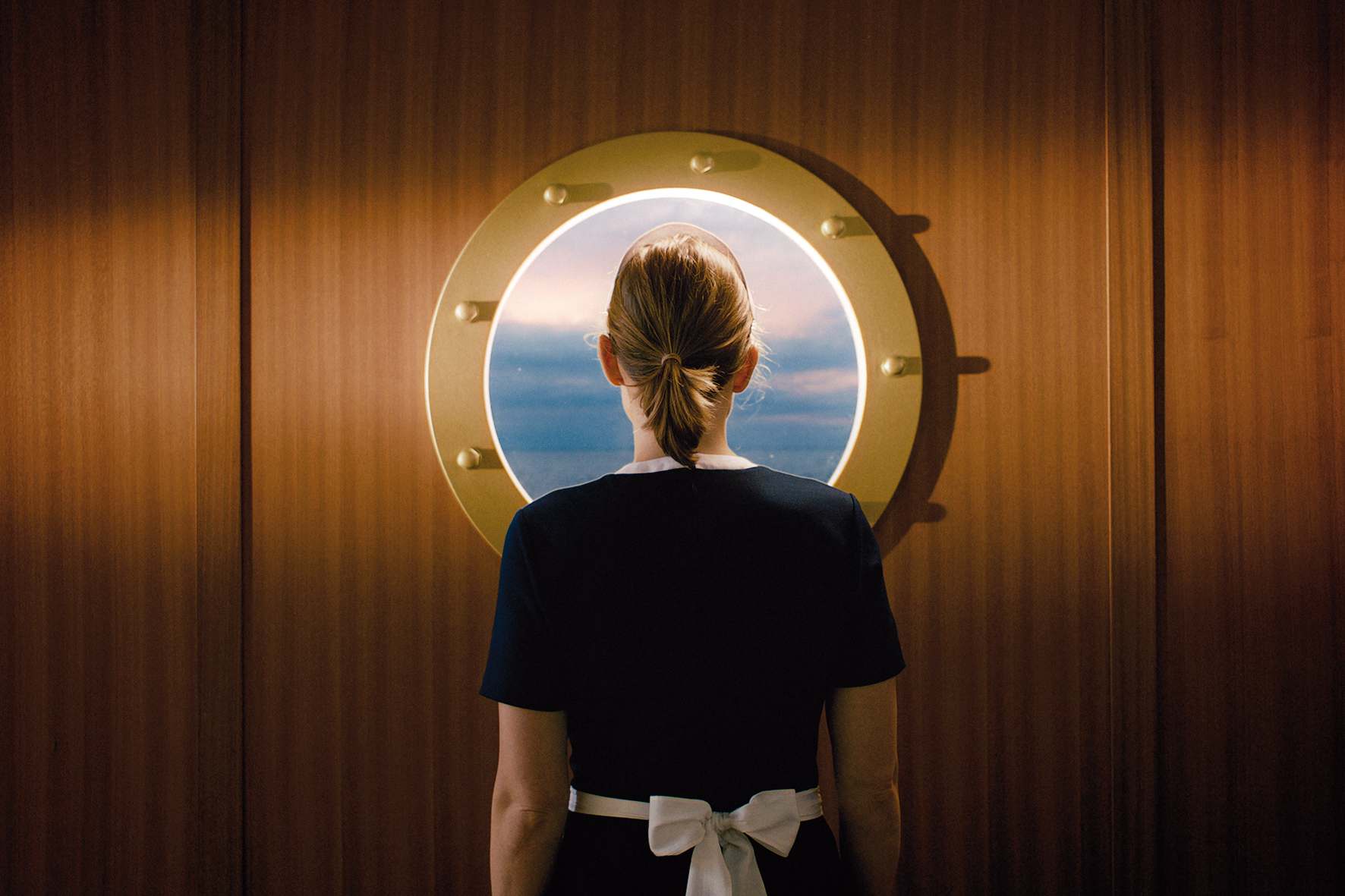 These acts of everyday cruelty are not just for kicks. In time you realize they are part of the Zürchers’ overall endeavor to explore our subconscious – revealed often unknowingly in situations of stress, like a move. In one revelatory childhood memory shared by Mara, she recalls being visited by a spider every night until it stopped coming one day, leaving only its web on the ceiling. Sometime later the web also disappeared. Too simplistic to even be called a story, the image of a child finding and losing their first companion beautifully encapsulates the film’s themes of accidents, coincidences and transience.

The most poignant riff on these themes comes late in the film when the conversation turns to the piano in Lisa’s old place, inherited from the previous tenant who, according to rumors, left to work as chamber maid on a cruise ship. No one knows the chamber maid or how she’s doing now. All that’s left of her is the piano, which serves as proof that two random paths have once crossed, until it too shall be gone. Piano, spider, girl, nothing in life lasts forever.

The Züchers are auteur filmmakers in the truest sense. Their films are densely written and pack the intellectual magnitude of books, which can lead to a stiffness in style. So it’s nice to see them mix things up a bit more this time. Alternating between tones of hyper-realism (having one of your main characters have herpes on their lips is such a brilliantly intriguing touch), surrealism and the pure fantastical, THE GIRL AND THE SPIDER is a dreamily unpredictable ride that has a lot on its mind. I’m especially moved by the ending of the film, narrated in an imaginary voice from a cruise ship somewhere out at sea. In this life we are indeed all just passengers, coming and going according to some mysterious plan. If you’re lucky enough to find someone standing next to you at any point, cherish every improbable, arbitrary, miraculous minute of it.