This year’s Outstanding Lead Actress in a Limited Series race is already heating up and over the course of the year three different actresses have dominated the conversation. At different times Amy Adams, Patricia Arquette, and Michelle Williams have won over audiences leading up to the closest acting race since the year of Kidman, Lange, Witherspoon, and Sarandon.

Other than the number of A-list actresses this year’s lead actress race looks completely different than in years past. While Michelle Williams portrayal of a Broadway legend certainly fits the typical awards mold this year’s narrative zeroes in on our growing obsession with true crime. Hulu was met with groundbreaking records for The Act and its portrayal of the infamous Munchausen story. Escape at Dannemora is focused on the 2015 prison escape of two convicted murderers. Shows like I Am The Night and Dirty John capitalize on our obsession with the genre. Even a show like Sharp Objects although based in fiction capitalizes on similar themes.

The other exciting aspect about this year’s lead actress race is that most of the big names are tied to the show’s vying for the genre’s top award as well. Last year the category was filled with beloved actresses in shows no one really seemed to be watching. This year four of the most acclaimed limited series of the year all feature phenomenal roles for some of our greatest actresses from Patricia Arquette to Amy Adams to Niecy Nash to Michelle Williams.

Heading into the Emmy race Patricia Arquette is the only actress to have won any sort of precursor. As Escape at Dannemora began to pick up steam Arquette swept the Golden Globes, SAG, and Critics’ Choice awards (where she tied with Adams). It’s easy to see why Arquette has become the early frontrunner and has earned some of the best reviews of her career (which is saying a lot about the Oscar winner). It’s a completely transformative role for her taking on this incredibly sympathetic approach to a borderline pathetic character. 2019 is also the year of Arquette not only with Dannemora but her performance in The Act as well. Just like Jeff Daniels’ double nominations last year, there’s a good chance that voters will see both of her performances and refuse to let her go home empty-handed.

A year ago, Amy Adams was considered an early but obvious lock to win an Emmy for Sharp Objects. The six-time Oscar nominee earned some of the best reviews of her career and was given a lot of awards-baity material to work with including a southern drawl, a Never-ending drunken/hungover state, and hard to watch scenes involving her character cutting herself. A year later Adams is still one of the major names in the race (alongside Arquette and Williams) but a win doesn’t seem as inevitable. Audiences were surprisingly mixed on the limited series. For every rave review, there were just as many mixed reactions which led Sharp Objects to go empty handed throughout the winter beyond a Golden Globe for Clarkson. Is it possible that Adams loses in favor of a more palatable limited series?

No performance this seems as predestined for awards glory as Michelle Williams as Broadway legend Gwen Verdon in Fosse/Verdon. Every television academy member I’ve spoken too has gushed over how accurate her portrayal of Verdon is from the physicality to the voice to the iconic dance moves. On top of all that it would make one hell of a story for a star like Williams to come back to television and win an Emmy after getting her start on Dawson’s Creek. But we’ve seen this before with Jessica Lange as Joan Crawford. Are voters bored by Hollywood biopics or is Williams’ show-stopping performance enough to overcome that fatigue?

Popular Names in a Crowded Field

In a category filled with actresses that are not shy to awards attention, there’s one performance that stands out as the breakout discovery of the year; Joey King in Hulu’s The Act. The former child star has been acting for over ten years but her performance in The Act has earned the 19-year-old actress a much wider audience and the biggest critics and awards buzz of her career. Starring as Gypsy Blanchard, King portrays her over the years as her mother puts her through shocking physical and psychological abuse in the Munchausen case that shocked the country. It’s a completely transformative performance from her shakey voice to her collapsing body even down to her shaved head. King has the opportunity to benefit from being the discovery of the year and after The Act broke streaming records for Hulu we know Emmy voters are paying attention. 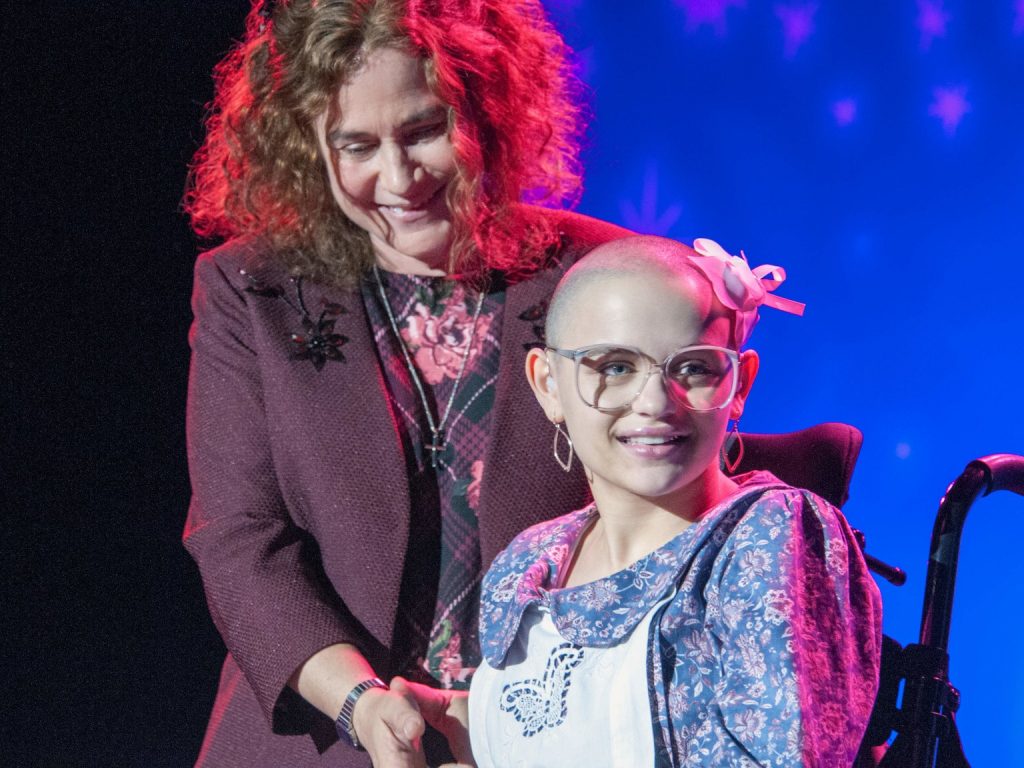 With four past nominations, Connie Britton is clearly well-liked by Emmy voters. She’s the type of actress that voters will nominate for anything including shows like Nashville. This year Britton is back in the conversation for the true crime limited series Dirty John. True crime is all the rage on television this year and here Britton portrays a woman conned into a relationship. Britton was nominated for a Golden Globe and Critics’ Choice award. Working against her though is the television academy’s frustrating bias against certain networks and the fact that Dirty John aired on Bravo probably hurts her chances.

The limited series race is probably too crowded for a show like National Geographic’s The Hot Zone but its best chance at recognition is probably three-time Emmy winner Julianna Margulies. As Dr. Nancy Jaax,  Margulies plays a doctor fighting to stop the 1989 US Ebola outbreak. In recent years, it’s become increasingly difficult for performances from smaller networks to break into the Emmy race but there has been a huge push for Margulies around town and if voters are tired of the handful of true crime stories to choose from The Hot Zone might easily stand out.

Every year Emmy voters are given the impossible task of catching up with a seemingly endless list of television. Is there a chance they become too overwhelmed especially with the dark and depressing subject matter that seems to dominate the limited series race? Maybe this can benefit a special like ABC’s Live In Front of a Studio Audience: Norman Lear’s All In The Family and The Jefferson’s. It’s familiar territory for the television academy, a lot lighter than the rest of its competition, and filled with a large and well-liked ensemble. Can someone like Marisa Tomei (Edith Bunker) or Wanda Sykes (Louise Jefferson) sneak into the lead actress category for simply giving voters a moment of levity? The variety special premiered right before the end of the voting eligibility and was met with solid ratings.

In the tenth and final episode of Maniac Emma Stone has a scene with Sally Field so incredibly vulnerable that I was sure she would go on to receive her first Emmy nomination. Stone plays an addict desperate for an experimental pill that will help her erase the pain of her dead sister and stands out in a category filled with true crime stories. From there the Oscar winner was nominated for a SAG and Critics’ Choice nomination but the show as a whole seems to be having a hard time resonating with audiences and standing out in such a crowded field. Will the mixed reactions hurt her chances of a nomination or will her star power and recent Oscar nomination for The Favourite help Stone stand out? 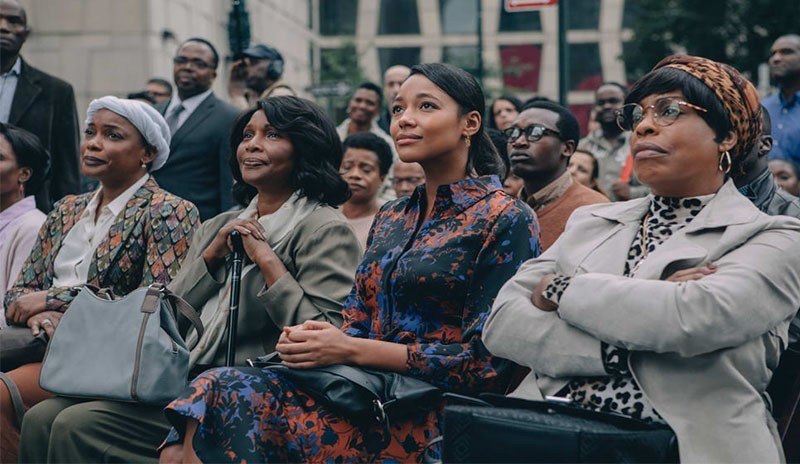 Netflix made the interesting decision to submit Niecy Nash and Aunjanue Ellis in the lead actress race for When They See Us – likely making room for their costars in the supporting actress race. Both actresses were standouts in the four-part limited series but if one of them is going to break into the crowded lead actress race it will be Nash. Voters are much more familiar with her work and portraying Delores Wise her scenes are directly tied to breakout star of the year Jharrel Jerome. But as a member of a massive ensemble does she have the screentime to stand out against the other frontrunners in the conversation?

A horror anthology about a haunted house doesn’t seem like an obvious awards contender until you remember that a show like American Horror Story: Murder House reinvented the limited series race at the Emmys. So we really shouldn’t be underestimating The Haunting of Hill House – the terrifying ghost story that terrified audiences last fall. It’s not out of the question that an actress like Carla Gugino surprises in the lead actress race. 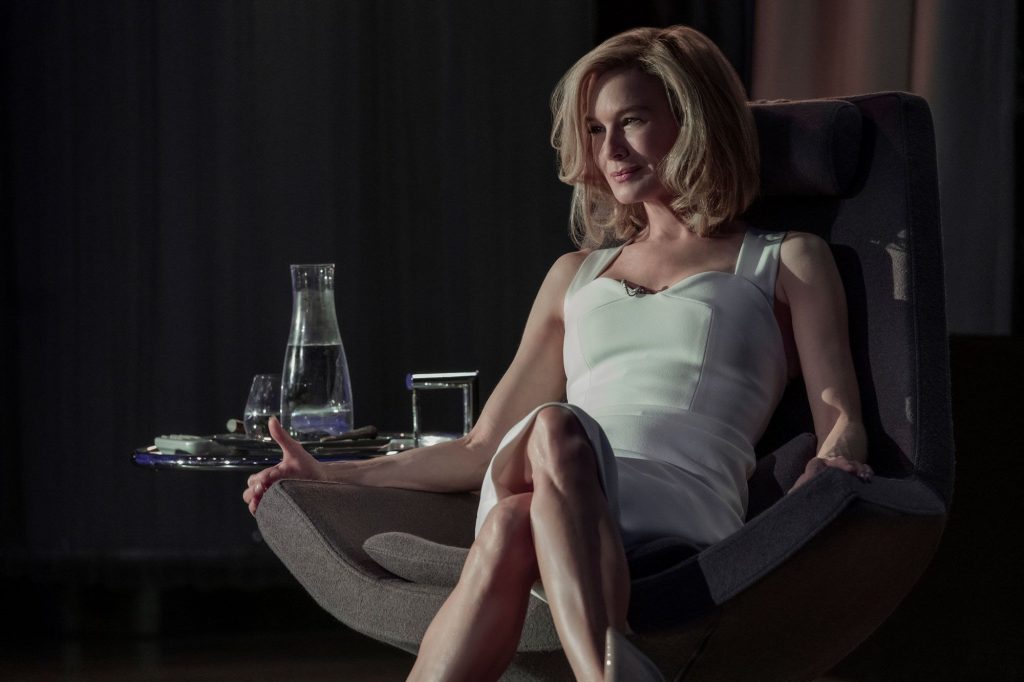 Renée Zellweger is camp. From her very first scene in the Netflix nighttime soap What/If it’s obvious that the Oscar winner understands exactly what needs to be delivered as a mysterious woman terrorizing a young millennial couple simply for the fun of it. Even though Zellweger is an Oscar winner on the verge of a potential comeback What/If is probably too much of a guilty pleasure to get into this year’s Emmy race although those lines in prestige are quickly blurring.

With 17 nominations from 16 different programs, there is no doubt that Alfre Woodard is one of the most celebrated actresses in Emmy history and because of that should never be counted out. This year she submitted herself in the lead actress race for the Netflix film Juanita about a middle aged woman who goes on a cross-country road trip to get her groove back. Woodard can get in off of name recognition alone but in such a competitive category it might hurt her that the streaming service hasn’t really been campaigning the film at all leaning into the belief that all of their streaming films belong in the Oscar race. Still, if anyone can get in without a campaign behind them it’s Alfre Woodard.

The Layout of the Race