In 2017, I was one of the few pundits who took a chance and predicted Moonlight to beat La La Land for Best Picture. No one else was doing it, save for Ryan here on our site and a few others out there. It was unheard of that anything could beat La La Land. It had won an historic number of Golden Globes and it headed into the Oscar race with 14 nominations. It is the only film with an asterisk by its title on Filmsite.org to have that many nominations and not win Best Picture. Titanic and All About Eve are the other two to head into Oscar night with 14. How could it lose?

At the time, I was stuck on the SAG ensemble stat. No film without it since the beginning of SAG had won without that key nomination. Why? Because actors rule the Academy. With over 1300 members, the actors have twice the number of voters than the next largest branch. What they like most matters a lot. So why, I wondered, if they liked La La Land that much, would SAG voters not name it for Outstanding Ensemble even though it was a “two hander.” Well, it turns out that a lot of actors didn’t like it that much because the singing and dancing weren’t up to par among people who came up through the ranks of musical theater. It was a director’s movie all the way. Not only that, it was also cursed with the dreaded frontrunner albatross. The time between La La Land winning big at the Globes and final Oscar ballots being due was lengthy — the beginning of January to the end of February. That’s almost two months for people to gnaw on questions of its worth.

Throwing another wrench in the works, the election happened. Donald Trump was squatting in the Oval Office. There was the sense that La La Land was, like Marriage Story, a film about two privileged people and who really cares when the world is crashing down all around us? Moonlight, by contrast, had a SAG ensemble nomination and an actor winning for Supporting. It was also socially significant and its win would represent an important statement. It was exactly the kind of film a mostly white, mostly liberal group of people would vote for because it made them feel like they were doing something good for humanity. It sparked joy in their hearts to vote for Moonlight as opposed to La La Land.

Many people were pushing for Moonlight to win, much like they’re doing now for Parasite. At least three high-profile Academy members I know and follow on social media are pushing for Parasite and I know from the nature of the case they make that their desire to see it win is only partly because it is such a good movie. Another part, it must be said, is resistance to the idea that another English-language film made by white filmmakers would beat a genuinely great film made by filmmakers of color for the second year in a row — Korean this year, Mexican last year. Roma was the film from 2018 that many of the same people believed should and would win. But one of the problems with Roma is that it had its own category to win Best Picture. Just like Parasite does.

However, the fallout from Green Book has been loud enough to put many voters in the frame of mind that what they do this year might right the wrong from last year. And if there is anything that will push Parasite over the top, it’s that.

But let’s pretend that “righting the wrong” from last year isn’t a factor. Let’s just look at the basics.

What kinds of films win in the era of the preferential ballot?

Well, films win two ways. The first way is that they win by securing the lion’s share of ballots in the first round of counting, by hitting the magic number of 50% + 1 on the first tally. Of course we’ll never know how often this actually happens, but we can surmise that if a film wins the PGA, DGA, and SAG ensemble then it can amass enough #1 votes to easily win the Oscar for Best Picture early on in voting. No film this year has won all three, but here are three films that did:

On occasion, there is another way a film can win without the SAG ensemble win, and that is with just PGA and DGA — the existence of this scenario bodes well for 1917:

Then we get to the split years. Most people predicting Parasite are predicting a split year. Scenarios like that would also provide winning pathways for films like Parasite or Jojo Rabbit or Once Upon a Time in Hollywood.

According to these split stats, right away you see how important having an acting winner is to anchoring your film to a Best Picture win on a preferential ballot in an Academy ruled by actors. Now, it is true that SAG awarded Parasite their ensemble prize but no film has ever won that award and then headed into the Oscar race with no acting nominations. While it’s true that both Return of the King and Slumdog Millionaire won SAG ensemble and Best Picture with no acting nominations prior to the preferential ballot, those two movies also won everything else. Literally everything else.

Which films won SAG Ensemble the era of the preferential ballot?

So that’s four out of ten films that have won BP and SAG ensemble in the era of the preferential ballot and only one of them — Spotlight — didn’t win either PGA or DGA.

Finally, what kinds of films win on the preferential ballot?

This is a tricky question, since the past 10 years have given us so many Best Picture winners that are unique in Academy history. What I’ve learned over the years is that there has to be an emotional REASON to vote for something. This is Parasite’s best chance at pulling off an upset. Many people will feel compelled to vote for it because they were moved by the characters or they like the filmmaker, or — as some prominent people online seem to believe — Parasite is the underdog, so let’s show our support. But that actually isn’t the best way for Parasite to win in a competitive year. In fact, putting it at number one, unless it wins in the first round, likely won’t get the film the majority it needs to win.

Why? Because a film can’t be the kind of movie that hits #1 on many many ballots but ranks low on many many others. It has to be the kind of movie that, even if it isn’t someone’s favorite film, they appreciate it enough that it lands at number 2 or 3, and that it keeps picking up votes in each round of balloting, for however long voting goes. That attitude would help Parasite, but it also helps Jojo Rabbit and Once Upon a Time in Hollywood. Tarantino’s film is actually the one best suited for a preferential ballot win because of the actors’ affiliation with Brad Pitt. Brad Pitt’s frontrunner status puts Once in the place where Moonlight was, where Green Book was, and where 12 Years a Slave was — more or less.

Now, there is no denying that voters often push for films that are sympathetic to oppressed groups of people: films about slavery, racism, sexual abuse in the Catholic Church. Coming out as a gay black man in the inner city. If they feel they are doing a good deed with their vote, then they’ll toss a lot of love behind a film they feel best represents their moral stance. Parasite also benefits here probably more than any other movie. They know that picking Parasite will make them look good as a conscientious group of people. Better than picking any other film because observers will say “wow, kudos, for once they didn’t pick the white guy movie.”

So you might say, they just pick the best film. But many of them really don’t. We know that because time proves it. They pick the film that feels the best to vote for. It must spark joy in their hearts or inspire some kind of emotional burst in their synapses to make them push a film to the top of the ballot.

So here are Parasite’s biggest hurdles in terms of winning on a preferential ballot:

So how is the preferential ballot counted? We have our simulated ballot that Rob does – and no surprises on how that is going to turn out because we know what our own readers and our internet followers think about the movies. We already know.

But what even 1,000 people think isn’t the same thing that 9,000 people are going to think. When you get to those kinds of numbers that makes it a very large consensus that is a lot like a ship headed in one direction. If it sees an iceberg, it has to swerve but it takes a while to swerve and to realign the ship. Moonlight won because there was a lot of time between nominations and Oscar Night to think about it, chew on it, ruminate on it — and by the end, a good number of people were hating on La La Land. So much so that when I went into the Oscars that night, you could feel the chill in the air for the film.

I can imagine a scenario where I walk into the Oscars and no one is clapping for 1917 and everyone is clapping for Parasite and that will be our first signal that it is destined to win. And that very well might happen, but unlike the year I saw Moonlight coming, I don’t have a good enough reason to predict Parasite because I would be predicting something that has never happened before. True, when I predicted Moonlight, that was something else that had never happened before, but it was also a two-film race. Both of those movies trucked along together throughout the entire season. Voters had a clear-cut choice between two. I figured Moonlight had to have the edge by the end.

But that isn’t the case this year. And in this very competitive year, only one film has really scored a substantial number of victories, and that’s 1917, which won the Globe, the PGA, the DGA, and then seven BAFTAs. It’s about to earn $120 million and appears to have had no negative backlash against while the ballots were still out. There’s one key thing to remember about this year that is hard to wrap your mind around, and that is simply this: the time frame is much more condensed than usual. I can’t think of a good enough reason not to predict 1917 winning.

I could be wrong. I might be wrong, but my job is to do my job and that job is to be as accurate as I can be with the information at hand. I won’t be surprised if anything other than 1917 wins Best Picture because I really do feel like any one of the top four films could win at the point: 1917, Parasite, Jojo Rabbit, and Once Upon a Time in Hollywood. But I can only predict one based on everything I have learned about how the Oscar race works.

In case you missed it, here are the differences in how the dates went down for this year vs. last year: 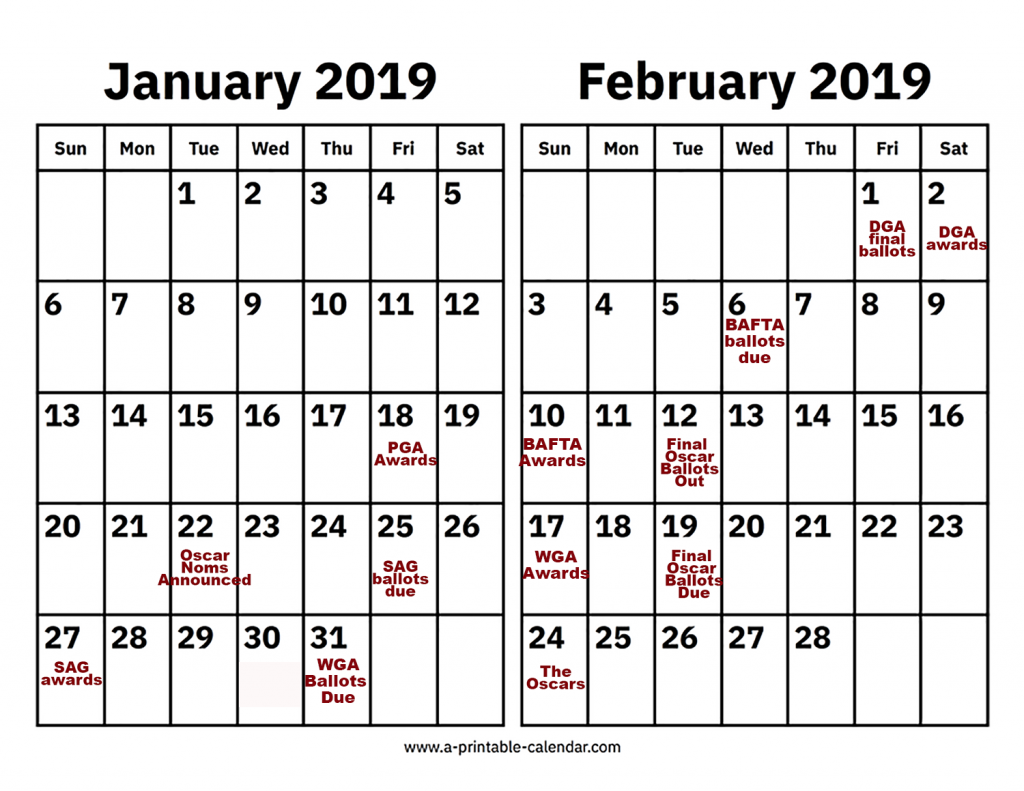 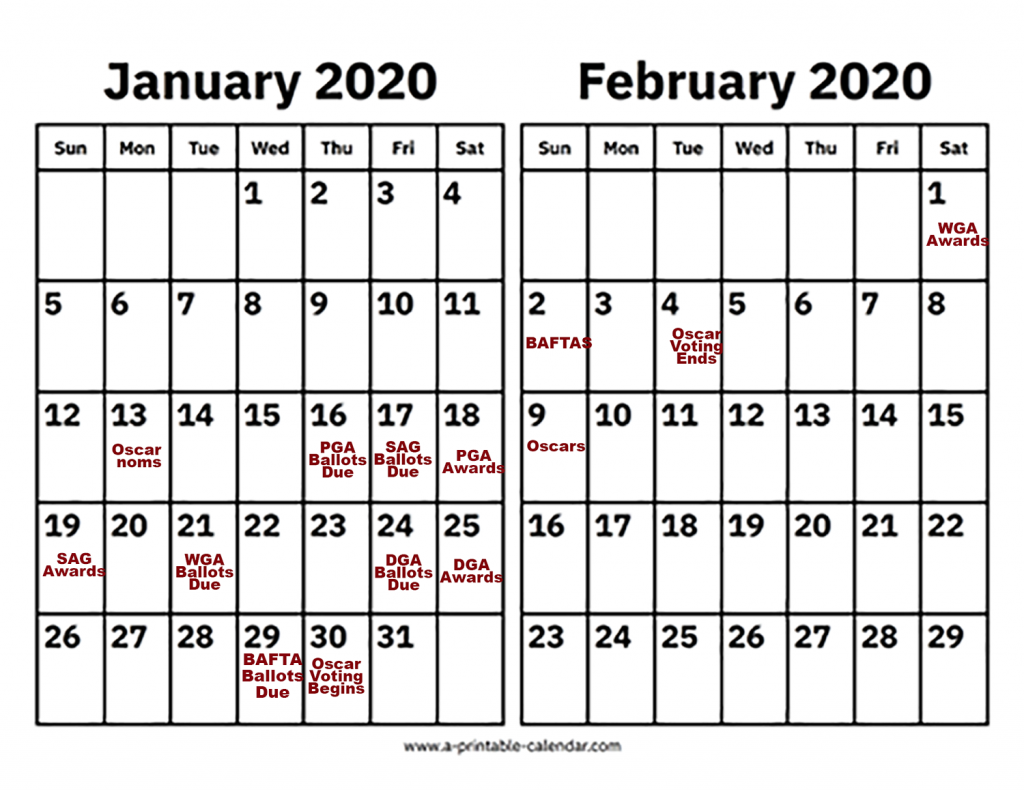 Here are some videos on how the ballot works.

Best Picture Can Go With Either Best Director or Best Screenplay, Rarely Both