Good As Gold: A Consensus Grows – Does It Mean Anything?

A Study of the Impact of Critics on the Oscar Race

by Mark Johnson
in Good As Gold, News
9

We are in the thick of awards season, a stretch made elongated and grueling due to AMPAS’ decision to delay the 93rd Academy Awards until late April. Their decision to push the ceremony back was largely due to delays in filmmaking caused during the pandemic. This has left those of us making predictions in an unnatural state, one without much precedence.

This phase of the season is led by the film critics, and without fail the annual declaration that “the critics don’t matter” echoes through the chambers of FilmTwitter. This year that sentiment seems even more vociferous, as we have nothing to do but watch the critics awards slowly trickle out like a leaky faucet as we wait for phase two: the guilds. While it may be true that there is no overlap between the critics handing out awards and the members of the Academy (like there are between the guilds and AMPAS), it doesn’t mean these awards should be completely overlooked. Where there is smoke there is fire. Where there is consensus in large groups, there is often signs of what is to come.

It is the job of the learned eye, however, to discern what is likely to reflect on a preferential ballot versus what is just a critics’ darling. Afterall, where there is smoke there are also smokescreens.

Let’s do an exercise using the Critics’ Choice Movie Awards (CCMA) to see what kind of impact they’ve had on the Best Picture race over the last five years. We 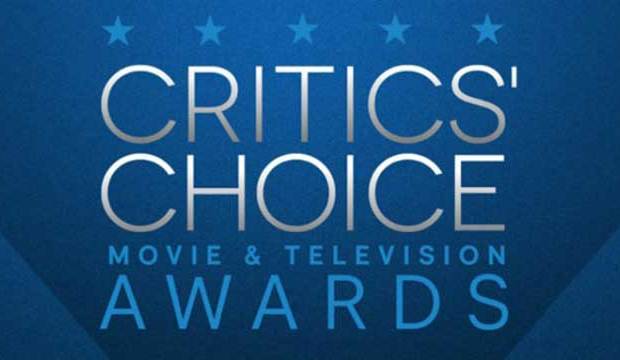 will look at this group as a culmination of all critics groups. Their membership stretches from sea to sea, encompassing the wide variety of focal points from Boston, Massachusetts to Columbus, Ohio to Northern Texas to Los Angeles, California… and everywhere in between. Let’s see how many Oscar Best Picture nominees received the comparable honor with the largest critics group in that time.

In short, 40 out of the last 43 movies nominated for Oscar’s Best Picture showed up on the Critics’ Choice list first. That’s a 93% track record over the last five years. So, while membership doesn’t overlap, consensus in large groups often does.

So which films can we expect to land on CCMA’s list? I have been doing my best to follow any form of recognition from critics groups and film festivals. Below is a chart mapping out the consensus nominees (yellow) and favorites to win (green) when adding all of the credits together.

As you can see, Chloe Zhao’s Nomadland is at the top of four of the eight above-the-line categories, making it the clear front-runner for critics as well as the Oscar. By my math, the film has won almost as many awards for Best Picture (17) than every other film combined this year (18). In fact, the next biggest winner is Emerald Fennell’s Promising Young Woman with four Best Picture titles. The same goes for Zhao in Director, where she has raked in no less than 26 wins by various groups. The next highest win total for a director is Spike Lee, who has won three times for directing Da 5 Bloods.

We have much tighter races in the acting categories. Lead Actor seems to be between Chadwick Boseman (Ma Rainey’s Black Bottom) and Riz Ahmed (Sound of Metal). Ahmed has the lead in wins (11-8) and nominations (28-26). Delroy Lindo (Da 5 Bloods) is nipping at their heels, though, with 8 wins and 21 total mentions.

Lead Actress is so close that Carey Mulligan (Promising Young Woman) and Frances McDormand (Nomadland) are locked in a tie for both wins (12) and mentions (25).

Paul Raci has a commanding lead in Supporting Actor, besting Sacha Baron Cohen (Trial of the Chicago 7) and Bill Murray (On the Rocks) for mentions (23-15), and Leslie Odom Jr. (One Night in Miami…) for wins (13-7).

Supporting Actress is a two-horse race between Yuh-Jung Youn (Minari) and Maria Bakalova (Borat Subsequent Moviefilm). Youn has the most mentions AND wins for any actor, with 29 and 17, respectively. Bakalova is doing her best to contend with 23 mentions and 10 wins.

Zhao’s Nomadland is also far out in front for Adapted Screenplay wins (9), while Fennell’s Promising Young Woman has a sizable lead with victories in Original Screenplay (11).

So that’s where we stand right now with the critics. Again, no overlap in membership. Again, it still means something. These wins not only show consensus forming, but they keep the films and performances in the conversation. And what is more valuable than that in a crazy year like this where people are separated from each other?

Which movie will be the critics’ darling that misses out with Oscar this year? What is The Florida Project or Loving of 2020? Better question: which film that the critics have largely ignored ends up on AMPAS’ list – the Hidden Figures or Phantom Thread of the Year? With a complete overhaul of my predictions (found here), you can see that my answer to those two questions are First Cow and Judas and the Black Messiah, respectively.

What kind of impact do you feel critics have on the Oscar race?