TNT’s ‘I Am the Night’ Debuts at AFI Fest

Patty Jenkins' much anticipated follow-up project 'I Am the Night' premiered at the 2018 AFI Fest before airing on TNT in January. ADTV has a first look at the series as well as our initial thoughts.

As film and television continue to blur it’s only fitting that I Am the Night, Patty Jenkins’ highly anticipated project to Wonder Woman, premiered at the 2018 AFI Fest. The six-part limited series doesn’t air on TNT until January but AFI audiences were given a sneak peek to the first episode as well as an extended trailer of the full series.

I Am the Night is centered around the true story of Fauna Hodel (India Eisley), a biracial teenager who passes for white in Nevada during the early 60s. After an entire childhood of her entire community doubting who she is, including herself, she discovers a clue about her birth that sends her to Los Angeles for answers regarding her biological family. The limited series also focuses in on Chris Pine as Jay Singletary, a drug addicted veteran turned journalist/paparazzo on the path of self-destruction after writing an article in an attempt to take down the infamous George Hodel.

The series also serves as Patty Jenkins’ highly anticipated follow-up project to 2017’s Wonder Woman. The project rejoins Jenkins and actor Chris Pine with both of them also serving as executive producers alongside Jenkins’ husband Sam Sheridan who also wrote the series.

The episode was introduced at the festival by Sarah Aubrey, the Executive Vice President of TNT’s Original Programming. Praising Patty Jenkins who executive-produced the series and directed the first two episodes Aubrey proclaimed “When you get a phone call starting with ‘Patty Jenkins wants to…’ you just say yes no matter what.”

Aubrey went on to briefly describe the new mystery-thriller as “one of the most incredible true stories. Following Fauna Hodel the story is of a search for her real identity with her search colliding with one of the most famous unsolved murders in Hollywood.” 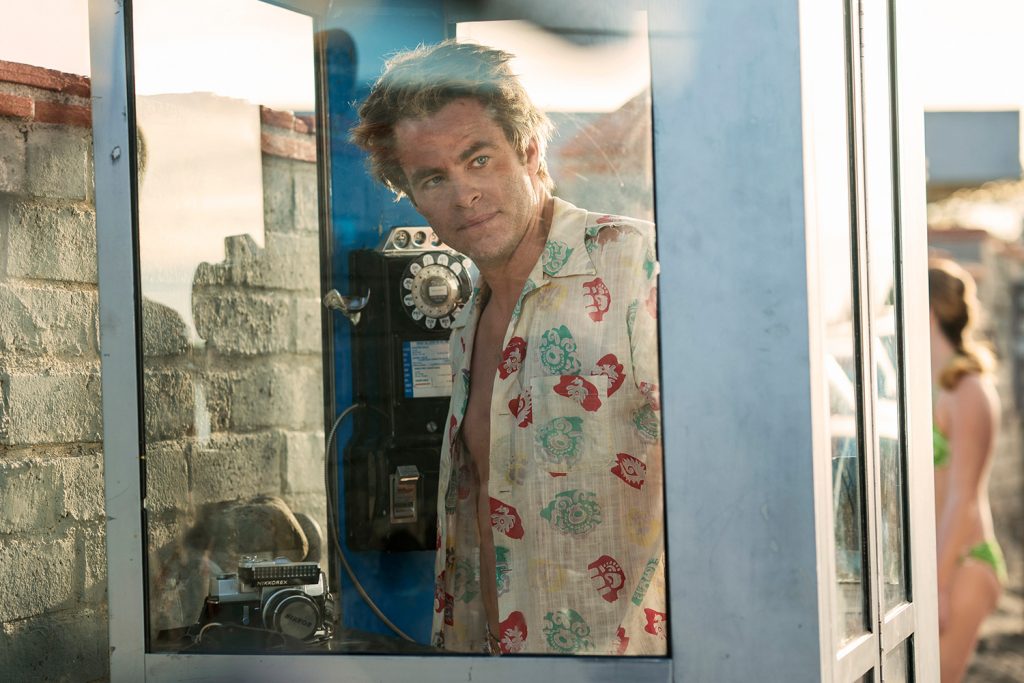 Where the series excels and overall and promises to deliver comes in the final scenes of what might be one of the most addicting mysteries of 2019. When Fauna finally feels compelled to look into her past a mystery starts to unravel that pulled the audience in for the rest of the series. The promise of taking this story that is not all that widely known and finding a way to freshly play with the endlessly mythologized Black Dahlia feels like a storyline straight out of an episode of Karina Longworth’s You Must Remember This. Just how do the two leads become intertwined? Just how does the Black Dahlia come into play?

The biggest determining factor in how successful the anticipated limited series will be is how deep Jenkins and Sheridan are willing to take the story into the underbelly of Los Angeles. HBO has capitalized on the popularity of the genre with True Detective and Sharp Objects and it will be interesting to see another network take on the genre. And there are plenty of questions set up in those final moments of the first episode that are bound to suck audiences in week after week.

What sets I Am the Night apart from the sinister mysteries that came before it is that it’s not afraid to poke fun at itself especially through Chris Pine’s over-the-top performance. His charm translates well into television whether he’s posing as a body in the morgue or fighting with cops. As long as the full series delivers Pine might be the show’s best Emmy play after years of hard work in film.

Overall I Am the Night promises to offer a different kind of mystery. Yes audiences will be pulled in by a serial killer and a possible animal-masked sex cult but in the end it’s the story of a young woman clamoring for clues of her own existence. As Aubrey described the story it’s about “knowing who you are whether by birth or who you choose to be.”