A number of films at this year’s Venice Film Festival deal with historical atrocities in all their human dimensions. How many lives were lost to the paranoia of authoritarian regimes? How does systemic evil work to poison a person’s soul? Can you find redemption for things you’ve done that are neither reversible nor forgivable? These are questions explored in Russian writer/director duo Aleksey Chupov and Natasha Merkulova‘s riveting third feature, CAPTAIN VOLKONOGOV ESCAPED.

You wouldn’t expect such weighty political and spiritual inquiries from the film’s opening scene, in which a group of uniformed young men laugh and horse around in a stately ballroom with abundant joie de vivre. As it turns out, there’s really amusing about the men or the place they find themselves in. The titular Captain Volkonogov (Yuriy Borisov) and his fellow officers are agents of the national security service in USSR ca. 1938. They serve their country with pride and utter conviction. But apparently all is not well behind this façade of glorified patriotism when Captain Volkonogov’s partner/mentor leaps to his death after being targeted by law enforcement himself. Shaken and perhaps awakened, Volkonogov runs.

The skillfully composed script informs us about the protagonist as he tries to evade a manhunt led by Major Golovnya (Timofey Tribuntsev). These revelations via flashbacks or admissions come in bits and pieces, suggesting Volkonogov himself is only gradually ready to face the truth. We learn that he is part of a government agency tasked with extracting self-incriminating confessions from supposed political criminals. With inhumane efficiency and unwavering belief in the system, he and his fellow patriots turn their workplace into a torture chamber where innocent people come to die. For Volkonogov’s friend Veretennikov, it’s not until he’s forced to divulge the wanted man’s whereabouts and lands on the receiving end of the same tools that he sees what they’ve been doing all these years. In a brief supernatural interlude, Veretennikov’s ghost warns Volkonogov of a fate in hell unless he can find forgiveness from one of their victims’ family. Thus begins the captain’s ever-more-desperate search for mercy.

In a fugitive drama that’s not just about the chase but also about the demons of a nation’s past, Chupov and Merkulova show an impressive command of pace. There are several thrillingly staged action sequences, including a particularly memorable one where the man on the run must retrieve a file and walks right into a building full of people trying to catch him. The ensuing set piece is a propulsive, edge-of-your-seat spectacle. Such moments of adrenalin rush are balanced out by quiet exchanges between a trained torturer and the daughter, husband, father of those he helped kill. Characterized by grief in its many forms, these scenes give each nameless victim a face, a voice. They also track the inner journey of someone who sets out looking for salvation and end ups discovering his own sins.

Narratively I would have wished for more of a two-hander with more attention paid to Major Golovnya in his role as the chaser but, as it is, CAPTAIN VOLKONOGOV ESCAPED studies the change of one man with much insight and compassion. The filmmakers tread carefully to not go from understanding to sympathizing with an aggressor, as tricky as that can be. Borisov, following his winning star-turn in COMPARTMENT NO. 6 (my vote for best actor at Cannes), does his part by delivering a controlled, understated performance that does not sentimentalize an abuser’s new-found shame and regrets. This is not a film that deals in magical second chances. If anything, the film is saying there is no do-over when certain lines are crossed and that, whether thinkingly or unthinkingly, every pawn becomes part of the machinery it serves, forever joined in guilt. 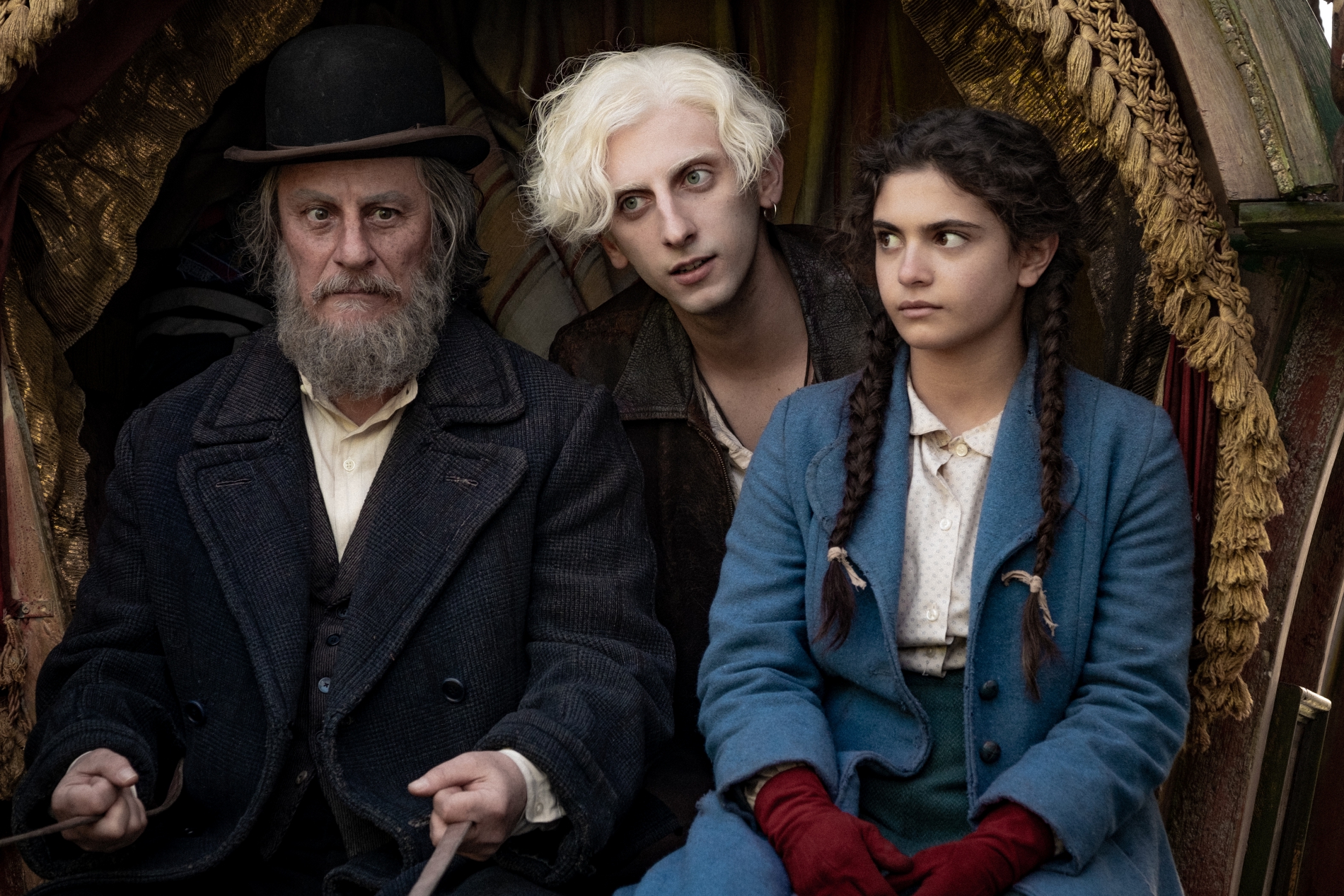 Then we have Italian director Gabriele Mainetti’s sophomore feature FREAKS OUT, a fantasy-adventure that takes on the horrors of Nazi Germany to unexpectedly poignant and massively entertaining effect.

The story centers around a quartette of circus performers born with special abilities: a mighty wolf-man covered in fur, a dwarf whose body is magnetic, an albino who can control the movement of insects in his surroundings, and a girl who harbors extraordinary electric powers. After their circus in Rome is destroyed, the girl sets out to find the circus leader who’s been captured and deported by the Nazis, while the three guys travel to Berlin to join the circus there run by Franz (Franz Rogowski), a devout Nazi officer who’s denied the chance to serve in battle for being born with 12 fingers. Franz believes there are others like him who are different and plans to put together a squad of superhumans to help Hitler win the war.

Look, the motif of freaks is probably not the most subtle rebuke of the racist, homophobic, ableist Nazi ideologies. And Italy, of all countries, is probably not in the best position to play the good guy in a WWII movie. That said, the fantastical tale has its heart firmly in the right place and is so spectacularly realized you can’t help but be won over.

The design elements of the film are superb. With lavish sets, elaborate costumes and makeup, fancifully photographed by Michele D’Attanasio, it unfolds like a living storybook that continues to amaze. Mainetti’s vision of the world is filled with childlike wonder and a deep fondness for everything unusual, so that even with Tarantino-esque violence sprinkled throughout, overall the film’s more reminiscent of a Del Toro. The actions sequences are pretty incredible, both in scale and execution. The extended combat scene towards the end is as expertly choreographed, shot, edited and visually enhanced as anything I’ve seen in years. When the electric girl (played with great warmth by Aurora Giovinazzo) finally unleashes her full power to free her people while a score of soft harp plays in the background, it’s a truly glorious sight that has me falling in love with cinema all over again.

FREAKS OUT is the film from the competition lineup that has most exceeded my expectations so far. It’s commercial filmmaking at its most rousing and invigorating, Italy would be foolish to not submit it for Oscar contention.